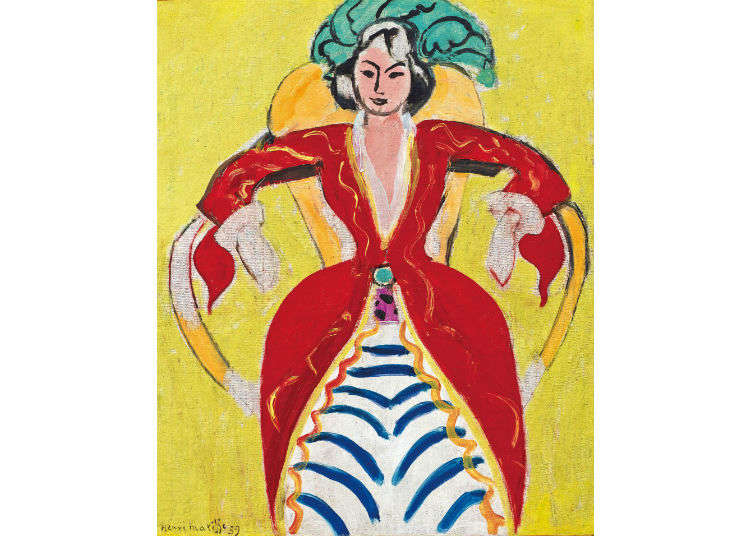 [2016] Of Ukiyo-e and Japanese Cuisine: Tokyo's Top Exhibitions in February

Just as spring waits around the corner, Tokyo surprises us with a vivid selection of exhibitions, both scientific and artful! Be it traditional Japanese porcelain, classic Western art, glass works, and even exhibition themed around Japanese cuisine, the choice will be a hard one this month! 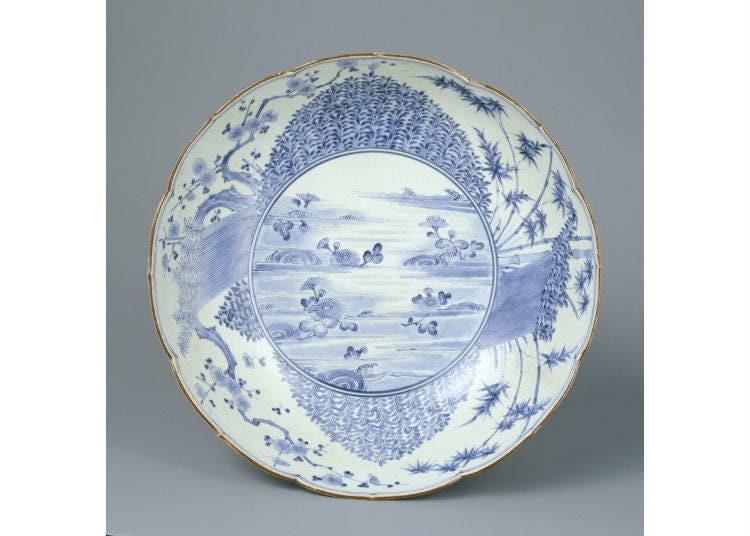 The production of porcelain in Japan dates back to the year of 1616. It is commonly believed that a Korean potter called Yi Sam-pyeong, or Sanbei Kanagae in Japanese, came to Hizen, today's Saga Prefecture, and introduced the modern art of pottery. This exhibition celebrates Japan's 400 years of porcelain, particularly centering on one of Hizen's porcelain types called Imari ware. The majority of exhibited works are donations by the businessman Yamamoto Masayuki, representing the art of Japanese porcelain between the 17th and the 19th century. Dive into the vast, fascinating world of 400 years of Japanese porcelain! 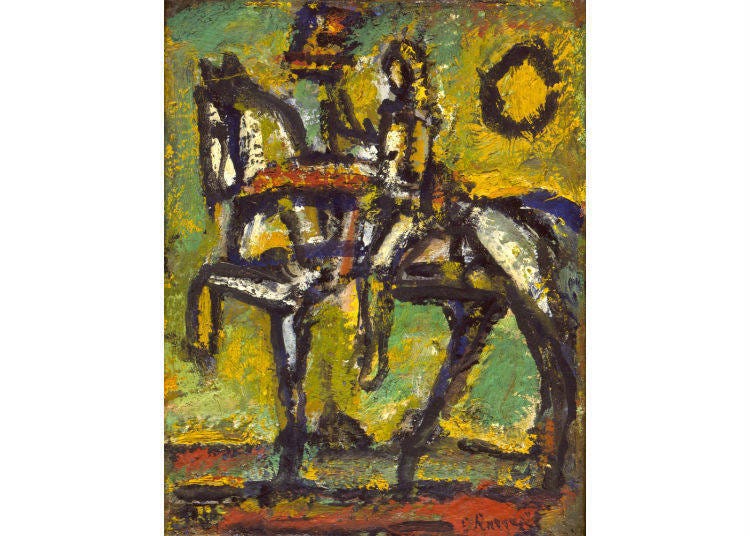 Both Henri Matisse and Georges Rouault studied at the National School of Fine Arts of Paris, and both of them became grand masters of modern French painting. Their most representative works, Matisse's "La France" and Rouault's "Small Red and Gold Page" both painted at the heigth of the Second World War, after Paris surrendered to Nazi Germany. "Matisse et Rouault Exhibition - Letters Revealing the Secrets of Two Masters" deals with with the letter exchange between the two artists, discovering the reasons why they decided to start painting and how they arrived at their masterpieces, showcasing their story with over 140 different exhibits, in an in-depth exhibition that was never seen before in Japan. 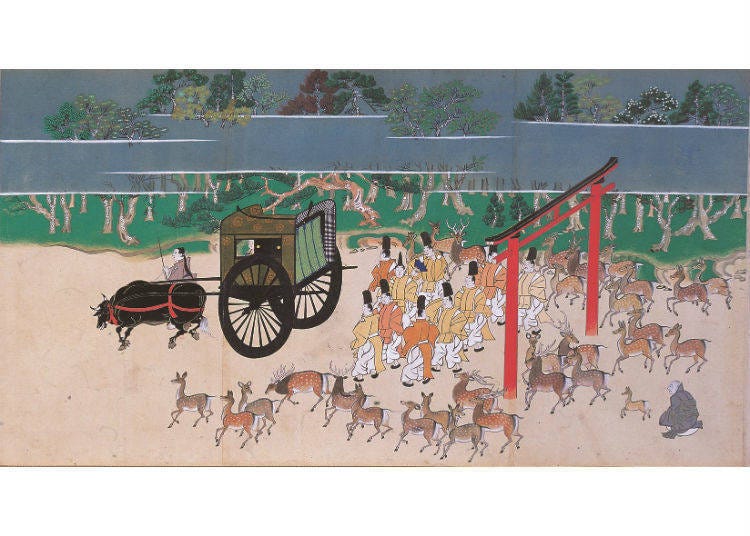 Kasuga Taisha, a Shinto shrine, was founded in the early Nara period to pray for Japan's peace and prosperity. 2016 marks the 60th anniversary of the shrine's so-called shikinen zotai, a ceremony occurring every 20 years in which the main sanctuary is rebuilt or restored. To commemorate this historic milestone, the Eternal Treasures from the Kasuga Taisha Shrine is taking place, showcasing a large number of the shrine's treasures, handed down since ancient times. Usually, these treasures are kept safe within the main shrine and thus can hardly be seen outside of the sacred grounds, so this makes for an incredibly rare and valuable glance into the long and beautiful history of Kasuga Taisha.

Titian and the Renaissance in Venice 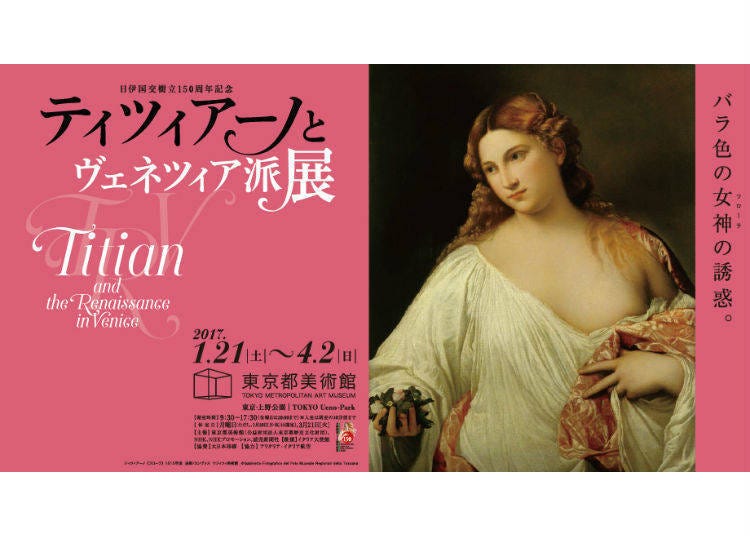 Venice, the beautiful and famous city that prospered from its maritime trade especially between the 15th and 16th century. During the time of Renaissance, it was revered as the city of art and creativity, comparable to Florence which was home to such grand minds as Da Vinci and Raphael. One of the most famous representatives of the Venezian school is Titian, a master of painting, gaining popularity all over Europe with his religious paintings and portraits. The exhibition "Titian and the Renaissance in Venice" bringt the charm of the Venezian Rennaisance to life, showcasing its most representative masterpieces, many of Titian himself among them, to invite visitors to slip back in time and revel in the glory of old Venice.

The Collectors` Eye: Suntory Museum of Art Recent Acquisitions
Ceramics from Europe and Glass from Around the World 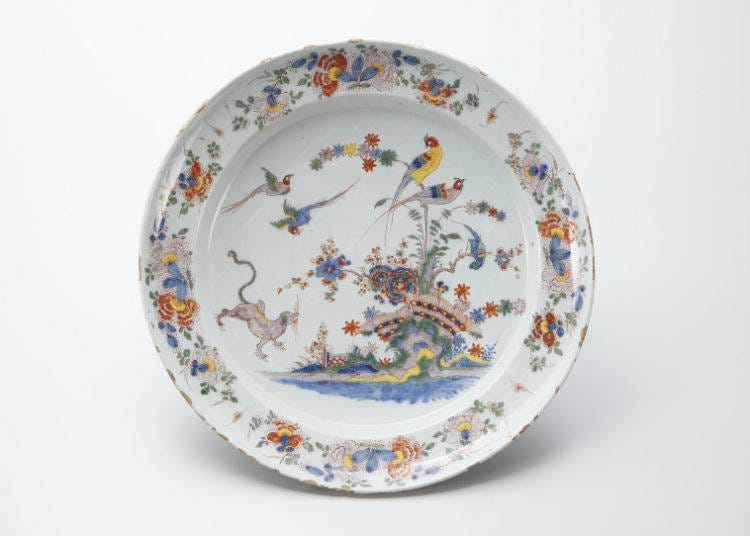 The Suntory Museum of Art, which first opened in Tokyo's Marunouchi in 1961, moved to Tokyo Midtown ten years ago. To celebrate this anniversary in 2017, the museum launches an all-new exhibition, called "The Collectors` Eye: Suntory Museum of Art Recent Acquisitions - Ceramics from Europe and Glass from Around the World." It exhibits about 200 works that the museum acquired in recent years, focusing on a massive international ceramic collection and beautiful glass works. 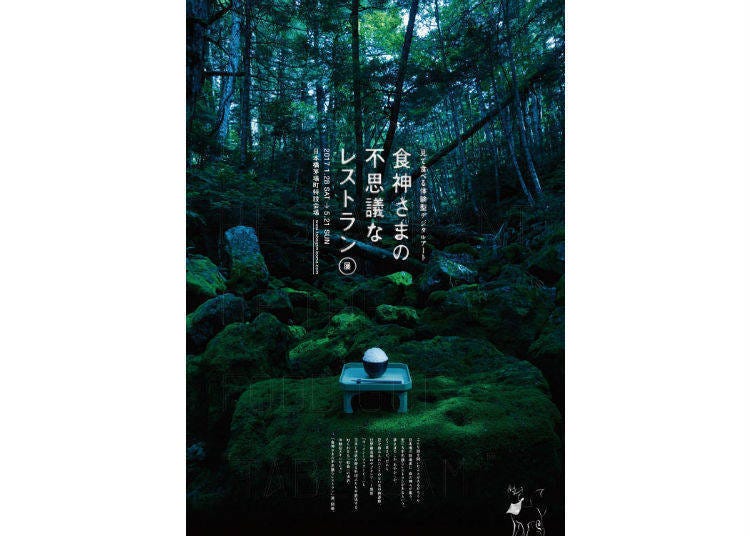 This unique exhibition - Tabegami-sama roughly translates to god of gourmet - will engage all of your six senses: seeing, feeling, hearing, smelling, and tasting. It is all about the vast and colorful world of Japanese cuisine which focuses on the four seasons and natural ingredients. Beautiful projection mapping and scenography introduce dishes that even Japanese people will likely have never heard of, taking both tourists and Tokyoites to the enigmatic world of Japanese cuisine.
The exhibition was created by Moment Factory, one of the world's leading groups of digital art, and there are actual master chefs taking care of the rest of your senses. Among them are Hisato Nakahigashi of the famous Miyamasou, master of Kyoto and kaiseki cuisine Yoshihiro Murata of Kikunoi Restaurant, as well as the famous representative of 20th century French cuisine, Joel Robuchon. An experience for the five senses indeed! 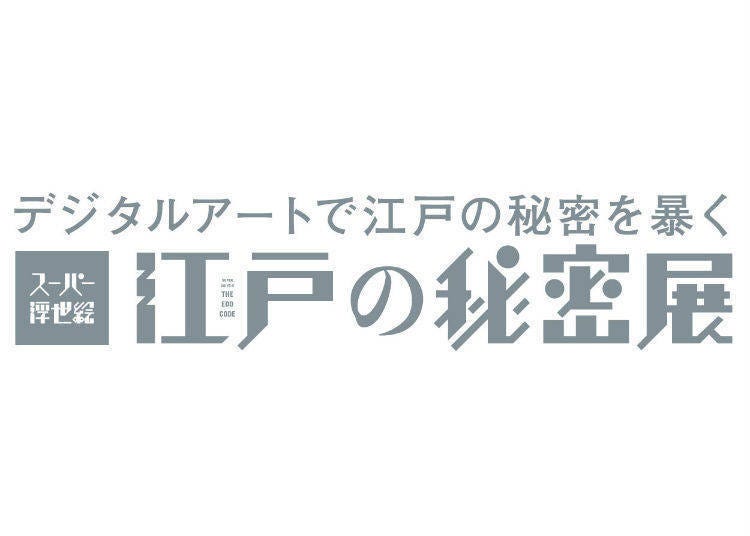 You've heard of the Davinci Code, but what about the secret Edo Code? This exhibition seeks to unravel this very code with the help of the Edo period's most famous ukiyo-e prints. Making use of the concept of immersion, "Super Ukiyo-e: The Edo Code" brings these traditional paintings to life with the latest video techonologies, making them move and recombining them in intriguing ways. In this way, an entirely new Edo starts to unfold in front of you, one that'll leave you throroughly enticed for sure. Can you solve the Edo Code?