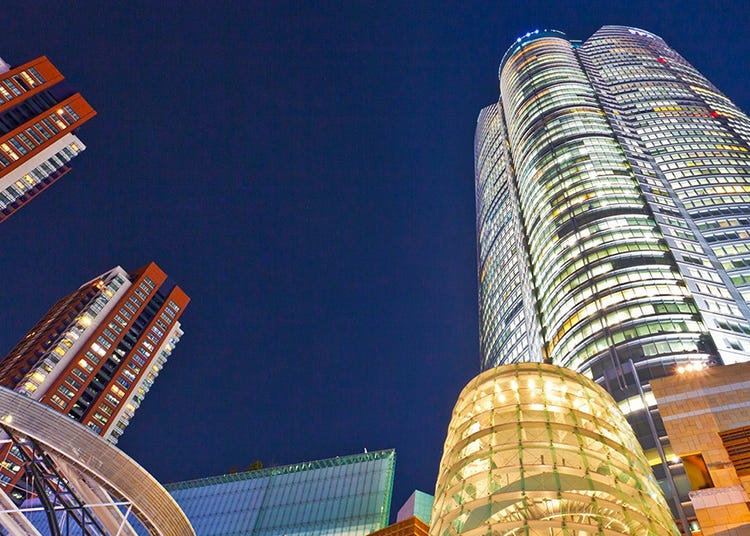 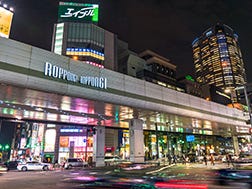 Located in the southeastern area of Tokyo in Minato-ku, Roppongi is well known for nightlife in Japan, luxury apartments and many landmarks. Ever since the 1960’s, Roppongi was known as one of the busiest towns in Tokyo. Becoming an international office area after redevelopment throughout the years, there are now many hotels, TV stations, and shopping districts to be found here.
However, hundreds of years ago, the area was rather empty and was a garrison for the army towards the end of the Edo period until around the start of the Showa period. Quite a huge contrast to the bright lights and busy atmosphere it holds today. 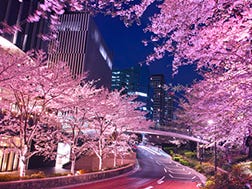 Right outside the Roppongi Station, you can see one of the iconic landmarks of the area: Roppongi Crossing. A little further west and you will be in Tokyo Midtown, which has become a popular shopping and restaurant destination in Tokyo since opening to the public in 2007. Relax in one of Tokyo’s leading luxury hotels, the Ritz-Carlton, then visit the Suntory Museum of Art and relish in the many beautiful showcases.
Nearby, you can visit the 21_21 Design Sight, which holds many special exhibitions throughout the year and offers a relaxing atmosphere. Just around the corner from Tokyo Midtown, you can also pay a visit to the National Art Center. The building itself is a work of art and is based with the concept of “a museum in the forest.” Holding one of the largest exhibition spaces in Japan, the museum focuses on progressive artworks both in Japan and abroad. 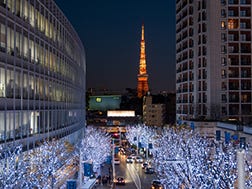 Roppongi Hills is the place to head to when you want to shop ‘til you drop! There are a variety of shops and restaurants in the area, with big landmarks such as the Mori Tower and Keyakizaka Street. Head on up to the 53rd floor of the Roppongi Hills Mori Tower and visit the Mori Art Museum while taking in a beautiful view of Tokyo with Tokyo Tower in perfect view.
Downstairs, you can visit the TV Asahi Head office building where you can check out exhibitions of popular programs and take a quick break in their cafe. Next to the TV Asahi Head office building, you can visit the Mori Garden, which is especially beautiful at night. 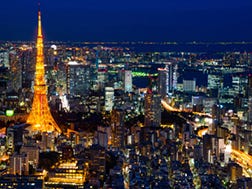 One of the most popular areas in Tokyo for international tourists to have a great night out, the Roppongi Gaien Higashi area is known for its active nightlife, clubs, bars, and more! One of the hottest bars to visit is the newly opened Coyote Ugly, bringing an American flair to Tokyo’s nightlife. Nearby, you can check out Jumanji 55 and Mist for a great nightclub experience.
Further down the street you can find the popular shopping store: Don Quixote. Here you can find a variety of shopping goods that range from groceries to weird and whacky trinkets. From the street you can see Tokyo Tower in perfect view and if you continue towards the tower, you can pay a visit to a shrine with a unique history. Atago Shrine is known for its steep steps that are famous for a samurai of the Edo period riding his horse all the way to the top. It’s definitely a place to go to if you are looking for success in studies and or business!

A summer tradition of Roppongi, this dance festival invites you to join the crowd and dance around the lantern-adorned wooden scaffold called yagura. Starting with Roppongi Hills’ very own Ropponjin Ondo, the dances are fun, easy to learn, and an authentic Japanese summer experience.

Azabu-Juban is a neighborhood in Minato Ward famous for its shopping and gourmet spots. This festival takes place around Patio-dori and Zoshiki-dori Street, giving you a taste of local culture and gourmet delights. 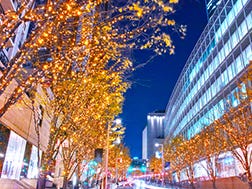 This illumination event dips Roppongi Hills’ Keyakizaka in sparkling, colorful lights. With Tokyo Tower in the background, the scenery is a true Tokyo winter wonderland.

Popular things to do in Roppongi