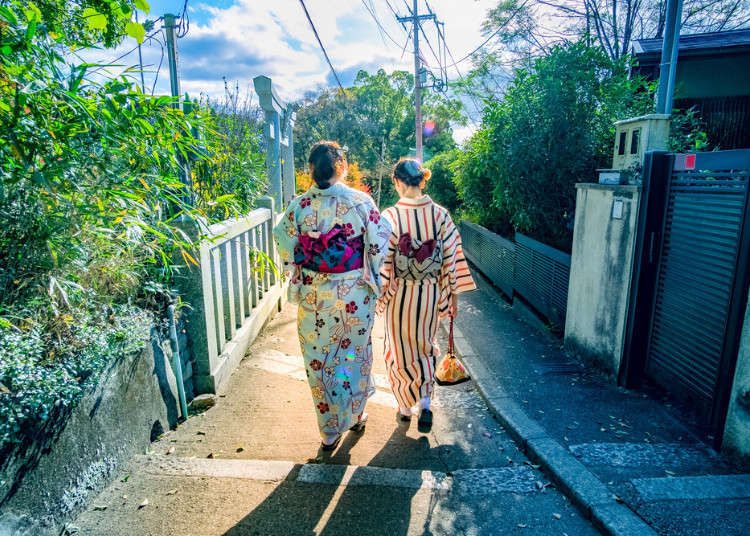 When you hold a door open for someone in Kyushu, you’ll be thanked with a warm smile and an energetic “Dandan!” while in Osaka, you’ll hear a hearty “Okini!” In Tokyo, however, there’s most likely going to be a polite nod and an “Arigatou” – as rich as Japan is in culture, as rich it is in dialects. While Standard Japanese is understood everywhere, every corner of Japan does have its own dialect, including entirely different words, grammar variations, and pronunciation. Let’s take a look at some of them!

Hokkaido: Land of the Dosanko 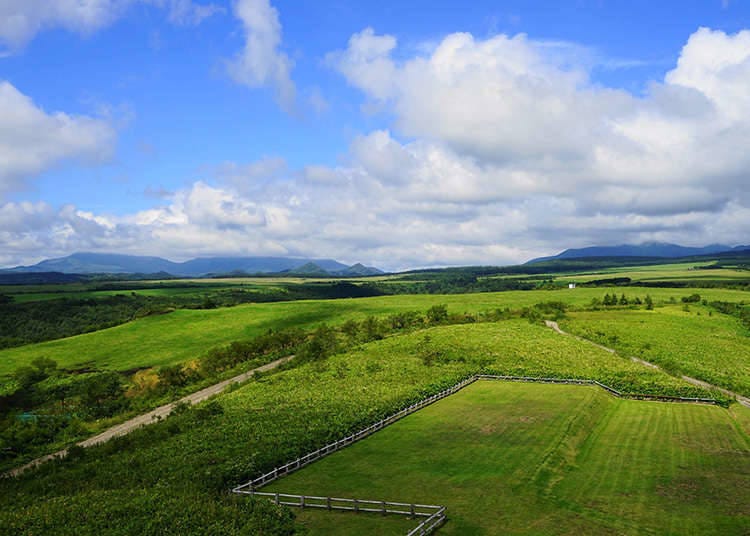 Starting from the North and working our way down, our first stop is Hokkaido, Japan’s northernmost prefecture. The word appearing in the headline, Dosanko, is actually the name of the Hokkaido Pony, one of Japan’s indigenous horse breeds. It also is, however, a term for Hokkaido-born people. When you overhear someone say “I am Dosanko”, they’re not implying that they are a horse but rather someone from Hokkaido.
As Japan’s coldest prefecture, it is only natural that Hokkaido dialect does have a special word for cold. Not the regular cold, which is samui in Standard Japanese, but the kind of chilling coldness that you can feel deep in your bones – in times like that, samui turns into shibareru.
Another word you’re likely to come across in Hokkaido is naichi, a term that in Standard Japanese refers to the entirety of Japan as a country. People in Hokkaido, however, and also those on Okinawa, use it to refer to mainland Japan, sometimes only Honshu, sometimes Honshu, Kyushu, and Shikoku combined.

Tohoku: Welcome to the North 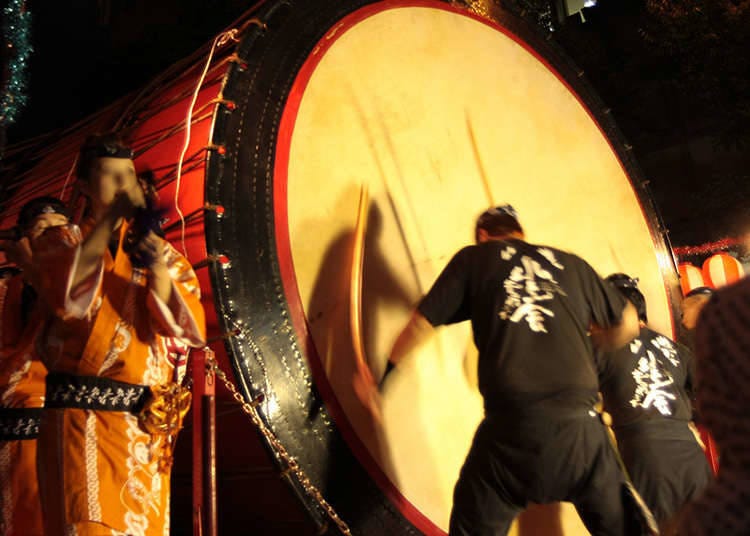 The region of Tohoku is the northernmost part of Honshu, basically in between Kanto, where Tokyo is, and Hokkaido further up north. It is a bit hard to speak of one Tohoku dialect as there are quite a lot of different variations throughout the area but they do have certain things in common. First and foremost, it might be the one that is the hardest to understand, even for native Japanese speakers. It has a somewhat bad reputation for sounding slurred as the pronunciation differs vastly from Standard Japanese, with a lot of syllables being nasalized. Speakers of the Tohoku dialect on TV are often given subtitles so that other Japanese can understand them. Let’s take a look at some differences:
Hard vowels, such as ku or ta are pronounced as soft vowels in Tohoku-ben, turning into gu and da.
Another often brought-up difference is the extremely common phrases of sou desu and sou desu ka. In Standard Japanese, it means “that’s right” and “is that so?” Tohoku-ben, however, has its very own version of these: nda for that’s right, and ndaga for is that so. 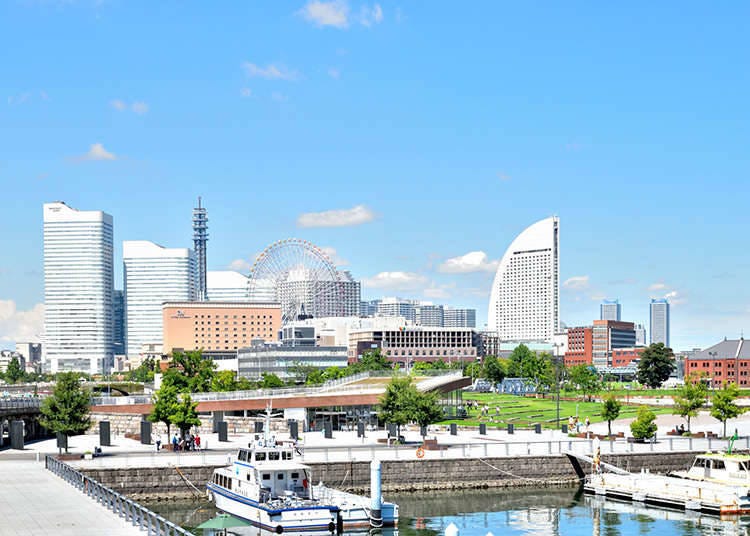 Kanto is the area of Tokyo and its surrounding prefectures, and while you’ll be able to find some slight hints of dialect in the rural parts of Kanto, the Japanese spoken by the vast majority of people here is Standard Japanese, or hyojungo. This is what can be considered the official Japanese language, the one that is written in both official documents and textbooks. Hyojungo is understood in all of Japan.

Shin-Etsu: The Roof of Japan 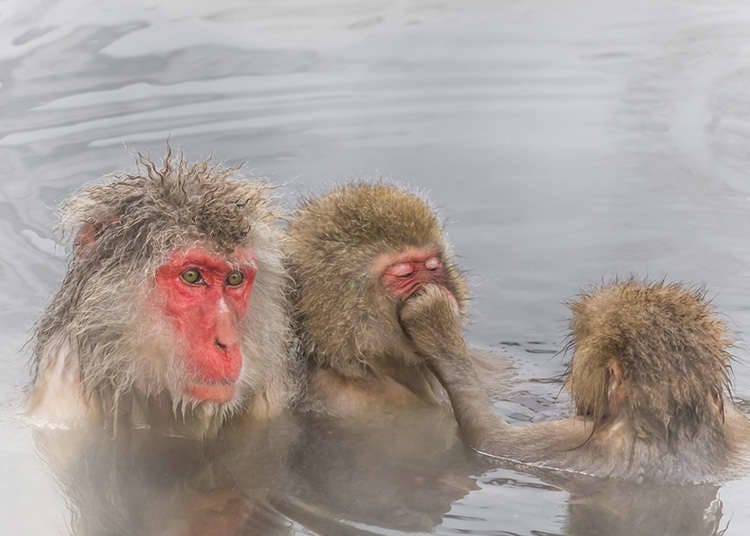 The Shin’etsu region encompasses the prefectures of Nagano and Niigata, often referred to as the roof of Japan. The most prominent dialect of the area is called the Nagaoka dialect which is very close to the Niigata dialect, although it varies a bit from town to town.
Some of the most prominent words include shoshii, the Nagaoka version of the Standard Japanese hazukashii, meaning shy, as well as yakkoi for yawarakai, meaning soft.
Another phrase you’ll stumble upon and might have no idea what it means is najira. This is the Nagaoka-style way to make a suggestion to someone, with the Standard Japanese equivalent being dou desu ka, as in “How is spaghetti for dinner?” When in Shin’etsu, you’d rather ask spaghetti, najira?

Tokai: An Awful lot of Cats 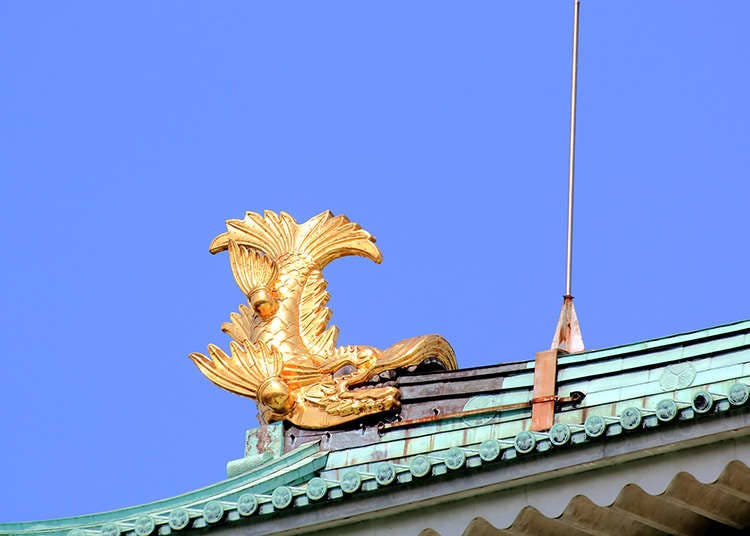 The Tokai region stretches south of Tokyo along the coast, with the biggest city being Nagoya. As such, the Nagoya dialect is the representative of this part of Japan, although not the only one spoken there. Speakers of Nagoya dialect are often jokingly said to sound like a cat, as the syllable myaa is often found at the end of sentences, and ja nyaa is the Nagoya version of ja nai, a form of negation. Both sound extremely close to the Japanese meow, which incidentally is nya.
A word that you won’t be hearing anywhere outside of the area is yookee, pronounced with a long o and a long e. It means much or many, and basically can be applied to pretty much anything. A lot of cats: yookee neko, a thought that one may be thinking when coming to Nagoya.

Hokuriku: No Sand in TVs Here 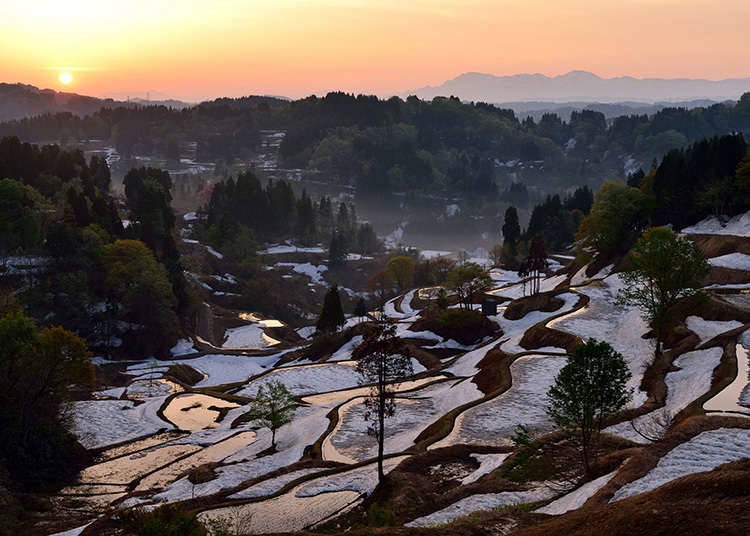 Opposed to Tokai lies the Hokuriku region, on the west coast of Honshu, including Fukui, Ishikawa, and Toyama. It is famous for its many traditional tourist spots including a large number of hot springs and castle ruins. While there are also various dialects in the region, one of the most prominent ones is the Fukui dialect.
Our first example is the Fukui version of the aforementioned sou desu, a phrase that is incredibly common in day to day conversation. Instead of sou desu, however, a person in Fukui will confirm something with a nod and a hoya hoya.
Another uniqueness is an interesting onomatopoeia for TV static. While the Standard Japanese term for it is suna arashi, literally meaning sandstorm, the TVs in Fukui go jami jami instead.

Kansai: The Elegant and the Blunt 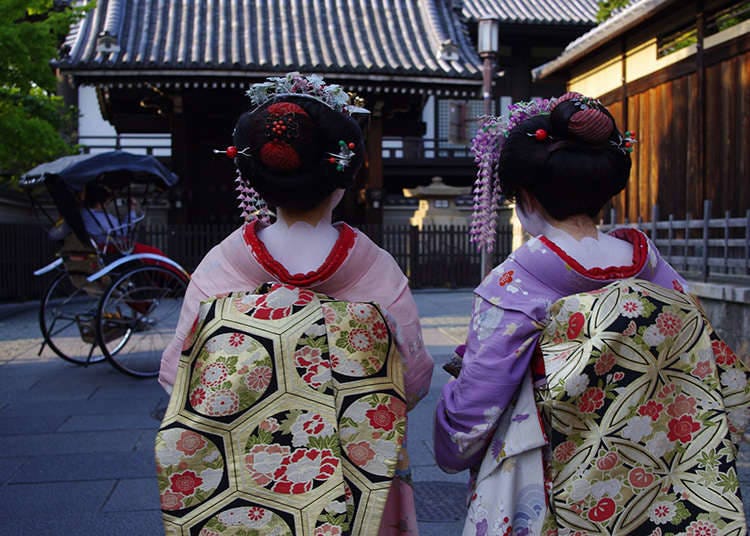 Kansai is famous for both its cities of Osaka and Kyoto, the first one being the energetic, friendly and frank metropolis of business and delicious street food, while the latter is known for both traditional culture and elegance. As such, it comes to no surprise that both have very distinctive dialects.
Kyoto dialect is regarded as the most polite and elegant of all the language variations in Kansai. This is also evident in certain phrases that portray the very politeness and indirectness attributed to people of the old Japanese capital. One example, albeit more metaphor than actual dialect, is the question: “How about some rice soup?” While this seems innocent enough, it is actually a coded request for guests to leave after a particularly long stay. As for the actual dialect, a famous example is the word dosu, the Kyoto-style version of desu, meaning to be. This is a very old way of speaking that can still be heard particularly in Gion, the Geisha quarters of the city.
Osaka, on the other hand, is much blunter than their Kyoto neighbors. Osaka dialect, which is often synonymously called Kansai dialect, features a whole variety of unique expressions and characteristics. The aforementioned okini, Osaka’s way of saying thank you, is just one of them. 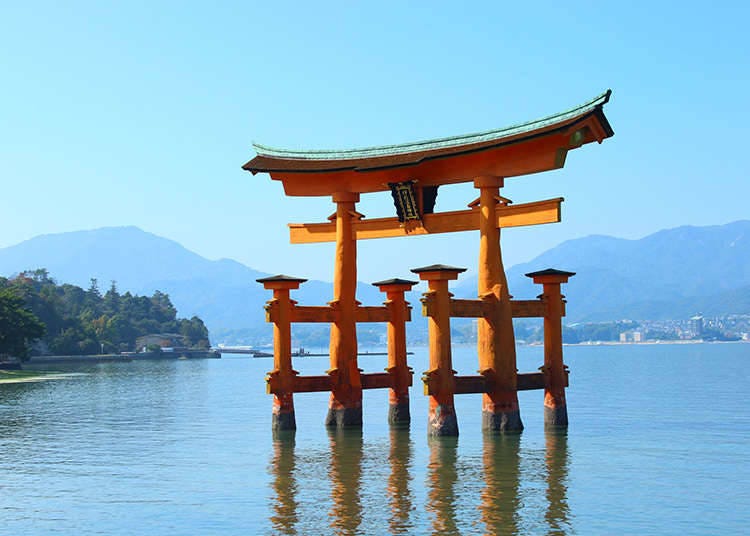 From the Izumo Grand Shrine to the Tottori Sand Dunes, Chugoku has a multitude of amazing sightseeing attractions to offer and is a popular area for both Japanese and international tourists. Its largest city, Hiroshima, does of course have its very own dialect, and it is known for sounding a bit threatening to those who don’t understand it.
One of its key features is ja which replaces the Standard Japanese da that is commonly heard at the end of sentences in day to day conversation. Similar is the famous jaken, meaning because, the equivalent to the regular dakara.

Kyushu: A Multitude of Dialects 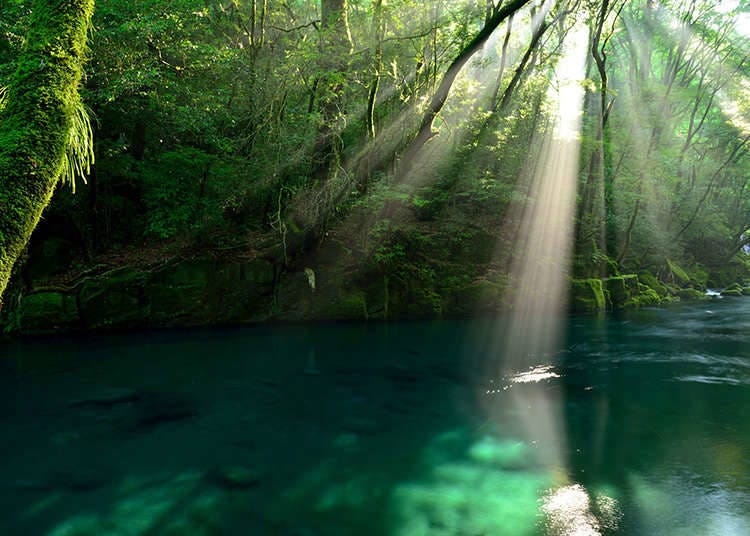 Kyushu is one of Japan’s main islands and features a large variety of regional dialects. It would be hard to go over them all in detail, so let’s look at some examples from various dialects throughout Kyushu.
A funny example from the Saga dialect is the way of marking something as reserved, like a seat in a theater. Instead of the Standard Japanese totte iru, people in Saga say tottotto. You’ll probably think twice before sitting down when hearing this.
One particular phrase from Fukuoka has become rather famous throughout Japan: nanbashi yotto? Even native speakers will have a hard time linking this expression to the standard nani o shite imasu ka, or “what are you doing?” in English.
Another characteristic of the Hakata dialect spoken in and around Fukuoka is the already mentioned syllable of da turning into ya. Here’s an example: in Standard Japanese, “this is sushi” would be sushi da, while in Fukuoka, you’d say sushi ya – which also could mean sushi restaurant. 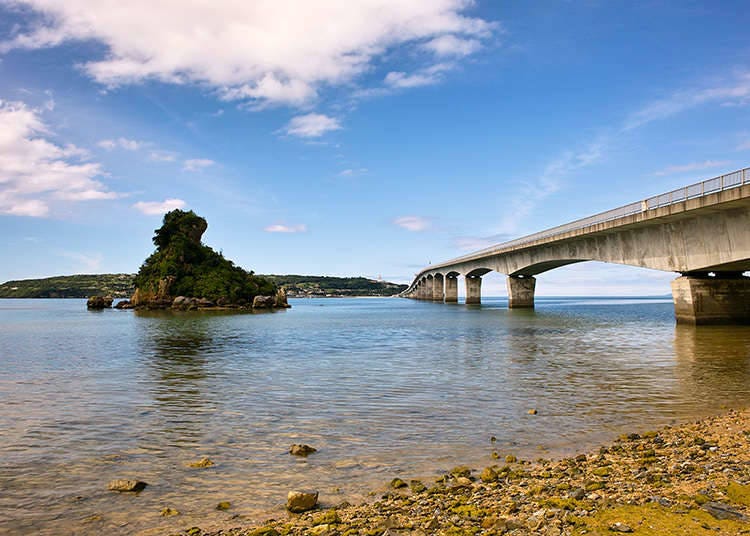 For a long time, Okinawa wasn’t part of Japan but rather its own kingdom: the Ryukyu Kingdom. As such, the Okinawa dialect is actually its very own language and a lot it is still spoken in day to day conversations. It’d be impossible to showcase the entire language, so instead we’ll go over a variety of phrases:
Mensore is used to welcome people into a store, as opposed to the usual irasshaimase, and instead of saying kanpai! when sharing a dring, people on Okinawa say karii. Another very important thing to know, a phrase that is among the first people learn when tackling a new language, is I love you. In Standard Japanese, it’s the well-known ai shitte iru. But in Okinawan? Shichuusaa.