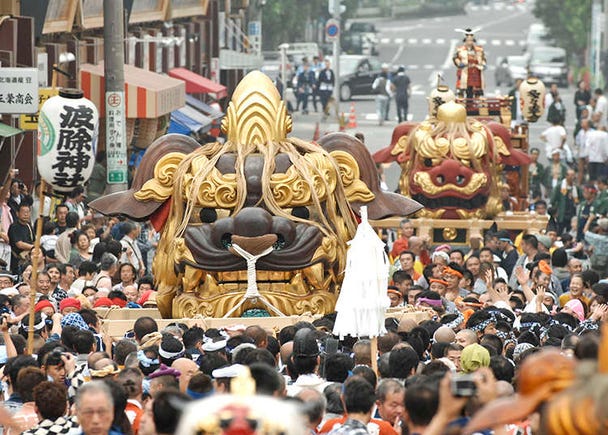 In June, famous shrines in Tokyo hold matsuri (summer festivals) following age old traditions. With many events that both kids and adults can enjoy, it's an experience for everyone. 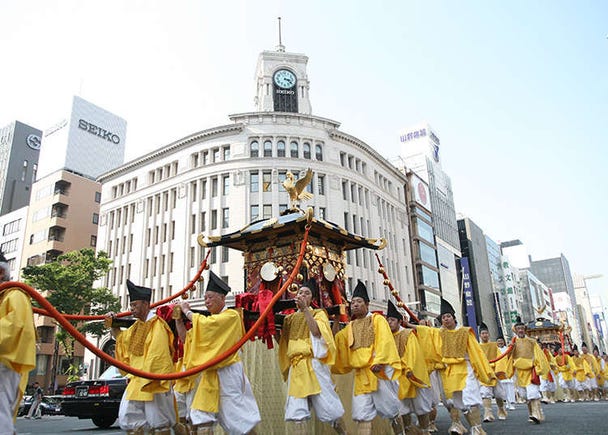 <June 7th (Tue) to June 17th (Fri)>
This festival is held at Hie Shrine, long revered as a guardian of Tokyo. It is the head representative of the three major festivals of Tokyo, and this festival also stands as one of the three grand festivals in all of Japan, together with the Gion Festival of Kyoto and Tenjin Festival of Osaka.
On June 10th you can witness a magnificent march of people carrying mikoshi (portable shrines) and dashi (festival floats) going around the Imperial Palace, Ginza, and Marunouchi, making you feel like you've traveled back in time to the Edo period. In the evenings between the 13th to 15th, dancing and singing takes place at the Hie Shrine during the Nouryou Taikai (a summer cool down festival). The stage is put up under a tent, so the event happens even in case of rain. On the 10th, 12th, 14th, and 15th, traditional Japanese Shinto rituals such as "Satokagura" and "Kagurabayashi" take place. 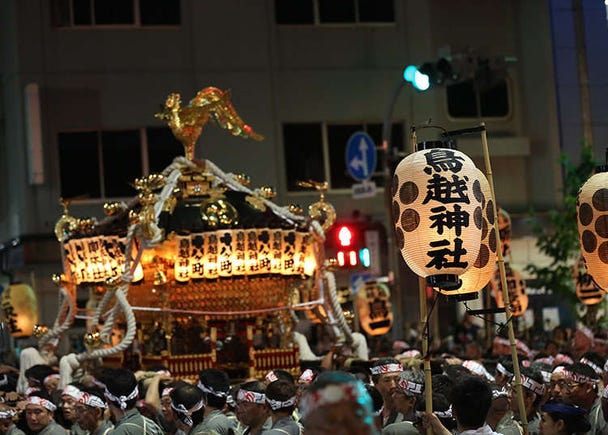 <June 11th (Sat), 12th (Sun)>
The Torikoe Matsuri was established in the year 651. The Sengan Mikoshi is said to be the heaviest of all mikoshi, which is carried by many ujiko (shrine parishioner) around the streets of Torikoe during this majestic festival. At night, the Japanese lanterns are lit up and the festival reaches its grand finale. This is known as "Torikoe's Evening Festival," providing a dream-like scenery. 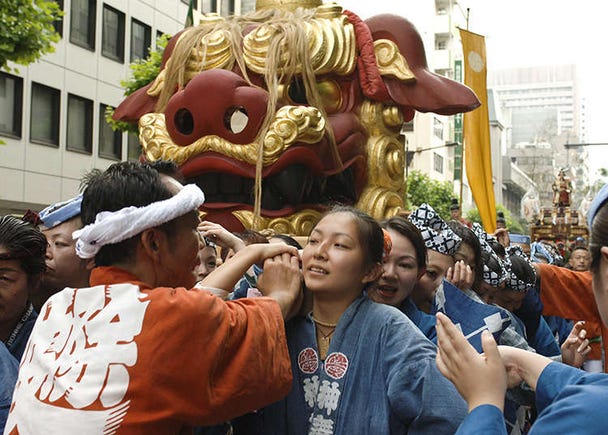 <June 10th (Fri) to June 12th (Sun)>
This is a festival that’s been held since the Edo period, where a parade carries a wooden head of a shishi (a lion-dog temple guardian) on their shoulders and marches around the streets of Tsukiji. The festival is held at Namiyoke Inari Shrine. On the 11th, a traditional form of Japanese dancing called Edonosato Kagura is performed at the main shrine. On the 12th a large 2 meter tall, 700kg heavy female black teeth shishi head called the "Benzaiten-Ohaguro-Shishi" is carried around town. With this shishi head being female, there are some areas where only women are carry it around.