HOME Tokyo and Surroundings Tokyo Ueno Japan's Drinking Culture is so Different! Why Are There So Many 'Standing Bars' in Japan? 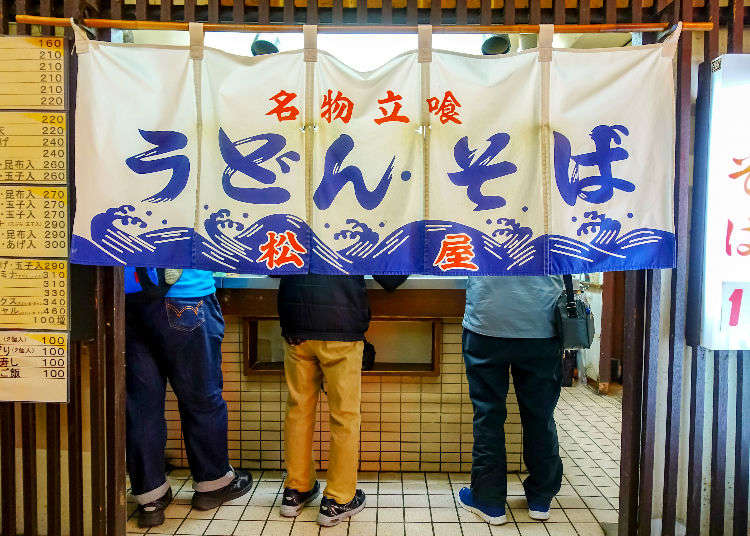 Japan's Drinking Culture is so Different! Why Are There So Many 'Standing Bars' in Japan?

Japan has a large amount of tachigui and tachinomi spots, restaurants and bars at which you enjoy drinks and dishes while standing. In and itself, eating and drinking while standing is something of a faux pas in Japan, but in recent years, there has been a real boom of standing bars. In the past, the most common were standing soba restaurants while nowadays, you’ll find French cuisine, steaks, and all sorts of cuisines in chairless restaurants, eateries, and bars, catering to a wide range of people and palates.

This standing bar boom hasn’t just begun, either. The “fast, cheap, and easy-to-eat” concept of eating has long been popular among the busy working population, so let’s explore the history of Japan’s eating-while-standing culture and the secrets to its popularity!

The History of Japan’s Standing Bars 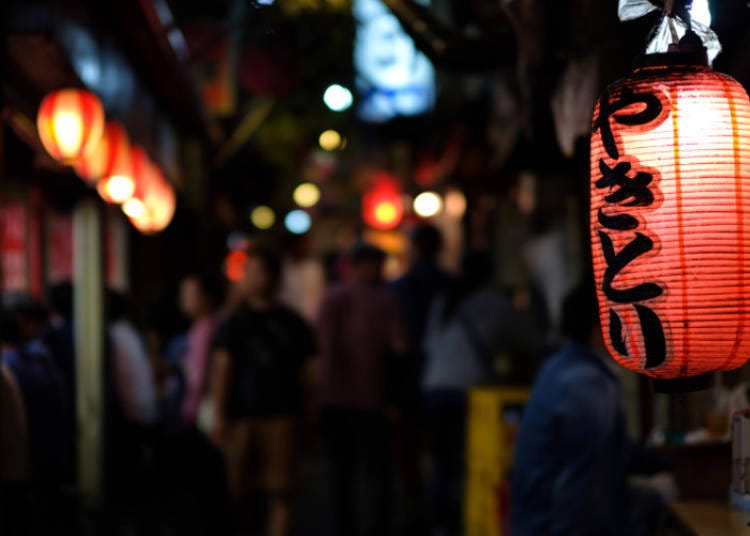 The roots of Japanese standing bars date back to the Edo period. From the 17th to the 19th century, present-day Tokyo was called Edo, a city of merchants and trade. Plenty of people from rural areas visited Edo to do business, and in a bustling atmosphere such as that, few people had time to sit down for a slow, relaxed meal. That’s why Edo’s streets were often lined with shops temporary shops. If you look at ukiyo-e prints from around that time, you’ll often spot sushi stalls, tempura shops, and buckwheat noodle shops standing in a row while hungry Edoites and merchants eat in front of them. Apparently, there even was a ranking board showcasing the best stalls per area, much like today’s Michelin Guide.

Nowadays, sushi and tempura are the most prominent representatives when it comes to Japanese high-class cuisine, but during the Edo period, it was basically fast food. The sushi toppings weren’t raw like today but rather fish and seafood preserved in vinegar to prolong the shelf life, and the sushi rice portions back then were as large as today’s onigiri rice balls. The food was made to be eaten with one hand while still be filling. There were also people walking up and down the streets, selling everyday dishes from bags a pole that they carried over their shoulders, but enjoying a warm meal freshly made at a stall also had a lot of appeal to the people of Edo.

At the beginning of the Taisho period in the early 20th century, ramen came to Japan from China and plenty of ramen shops opened in Tokyo. Japanese ramen shops arranged the Chinese dish to the local preferences and utilized flutes called charumera to get people to try their creations – ramen became a massive success.
After World War II, a lot of people who lost their shop due to the destruction of the war opened eateries in the streets of black markets. These eateries served a variety of dishes, from oden to yakitori. Those weren’t only standing bars, however, some of them also had simple stools to offer their guests an option to rest their feet and to get more people into the establishment. 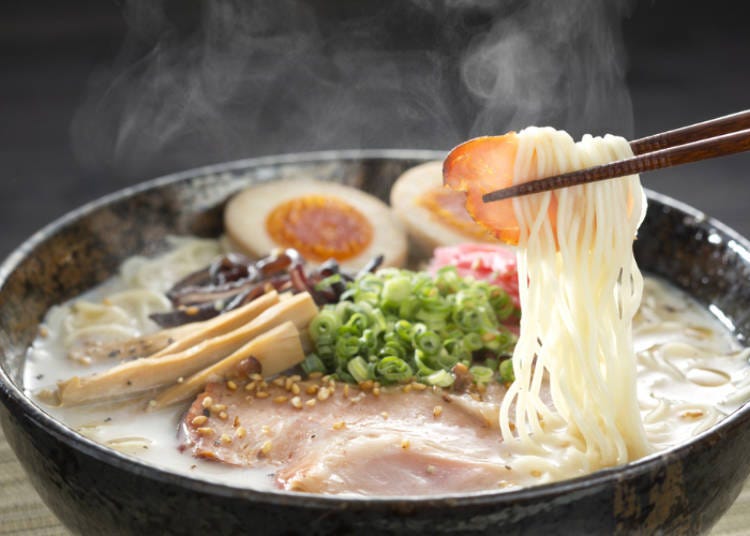 These kinds of food stalls have all but vanished due to the regulations of the Food Sanitation Act, the Fire Services Act, and the Road Traffic Act. However, you’ll still find the traditional stalls in Hakata’s Nakasu area and Tenjin area, where they are prominent sightseeing spots for locals and tourists alike.

The Different Types of Standing Bars 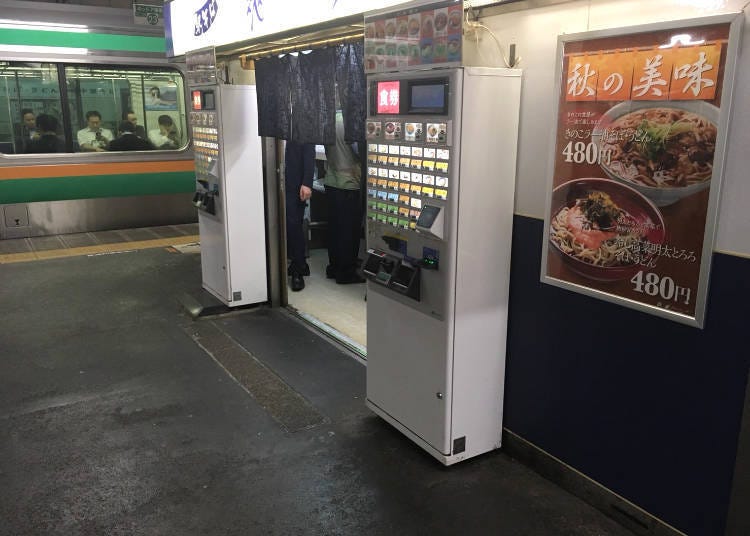 Soba shops near train stations
If you’re looking for an authentically traditional standing bar, look for soba shops around train stations. They usually have vending machines selling food tickets near the entrance to the shop, having you eat the soba at the counter. Next to soba, they often sell udon and rice balls.

Shinbashi Gado-Shita Standing Bar Izakaya
The area around Shinbashi Station is often called the “sacred place of employees” because of how densely it is populated with small Japanese taverns. Shinbashi Station is two stops away from Tokyo Station, right in the center of one of Japan’s most prominent office districts. It is within walking distance from Ginza, a popular tourist spot with numerous brand shops, but offers a thoroughly different atmosphere. Instead of high class and luxury, look forward to laid-back pubs with reasonable prices, crowded with employees who work around the area. 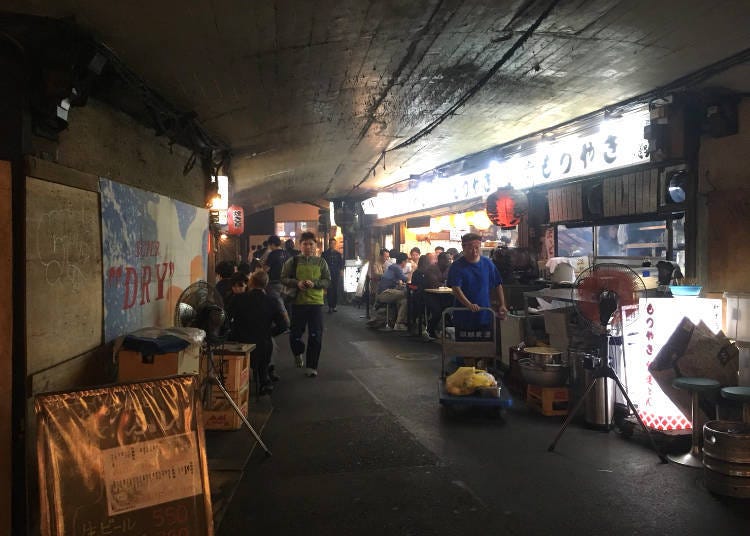 Hakata’s ramen stalls
Ramen is one of the most representative dishes available at Japanese food stalls! While such stalls have become a rarity, the modern equivalent is tiny shops with simple stools and a warm atmosphere. You’ll enjoy the flavorful bowls elbow to elbow, so to speak, which is the unique charm of these places. Especially the Nakasu and Tenjin areas of Kyushu’s Hakata are known for such stalls and are fierce ramen battlegrounds where chefs compete for the best bowl in town.

Modern, Stylish Standing Bars
Especially in urban areas such as Tokyo, more and more modern standing bars pop up one after another, tickling your taste buds with all sorts of dishes. From steak to sushi, curry, or Spanish cuisine. The small shops usually owned by private people boast a charming “at home” feeling and to make your first experience a good one, we’ve hand-selected some of the most tourist-friendly standing bar chains. 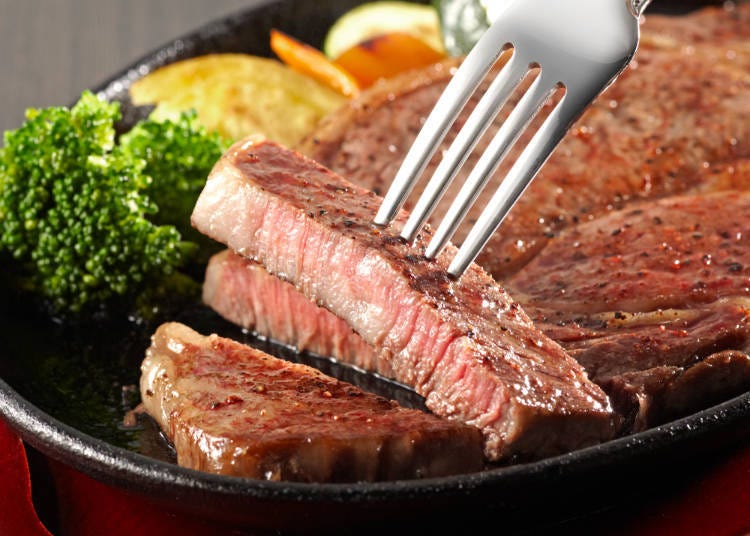 Ikinari Steak
As of October 2018, the steak restaurant chain Ikinari Steak has over 100 locations throughout Japan and even several in New York City. Its menu features various cuts of beef offered by price per gram, allowing guests to choose their favorite meat, order it by the gram, and choose the degree of doneness. Set menus include rice, soup, salad, and wine. Put on your paper apron and wait for your freshly grilled steak to arrive on a sizzling iron plate! 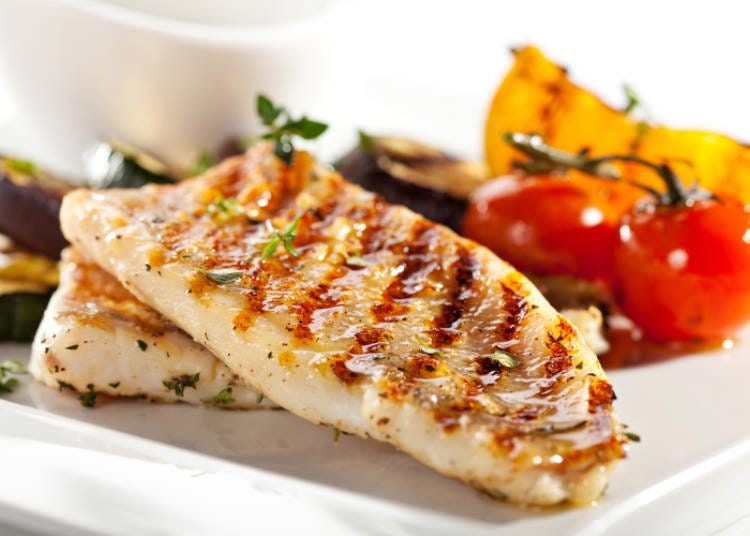 Ore no French, Ore no Italian, and so on
Ore no is a restaurant chain that serves all sorts of cuisines. “Ore no” means “my...,” followed by a cuisine or dish such as French, Italian, delicatessen, yakitori steak, and so on. The standing bar style makes for a high turnover rate of guests and allows the restaurant to offer dishes made from high-quality ingredients for reasonable prices.

Ore no French got attention because it is run by the chef of a restaurant with three Michelin stars and when it first opened, people formed long queues in front of the shop from morning until evening. While more and more Ore no restaurants have chairs, most of them are still committed to the standing bar style that saves cost to serve excellent cuisine for little money!

The Charms of Standing Bars

#1. It’s fast!
You never have to wait long for your order at a standing bar because the dishes can be made quickly. It’s the perfect place to go when you are in a hurry or want to make the best use of your one-hour lunch break. It’s also a charming place to drop by for simply one or two drinks with a little snack on your way home from work, without getting stuck for several hours.

That also goes for enjoying a drink with colleagues. If you’re simply after a quick drink with a colleague but don’t want to risk drinking too much and making the following day a big hassle, standing bars are a convenient choice. Both food and drinks arrive at your table in no time and the lack of chairs prevents you from getting too comfortable and forgetting about the time.

#2. It’s cheap!
Self-service is the standard at most standing bars. Most also only have counter seats, reducing both work and labor costs. The direct result of that are the cheap prices for food and drinks!

#3. It’s laid-back!
Standing bars are the perfect choice if you’re feeling hungry and are by yourself. A bento box from a convenience store seems too boring, a proper restaurant too much, so simply head to a standing bar and order a quick yet delicious dinner snack by yourself!
Larger pubs and restaurants also tend to be more expensive, so if you cannot be bothered to think about the bill, standing bars are a real godsend.

#4. It’s tasty!
Recently, standing bars such as Ikinari Steak and Ore no French have become popular because of the quality of the dishes on their menu. Skilled chefs transform high-grade ingredients into exquisite food.

Full-fledged steakhouses and French restaurants are expensive and rarely have a laid-back atmosphere, but standing bars serve the same quality for a much smaller price and in a more casual setting.

#5. It’s a unique style!
For a long time, standing bars had to deal with the image of attracting mainly old men and company workers, but lately, the younger generation has grown fond of the standing bar style and the bars themselves have stepped up their game in terms of style and atmosphere. It’s certainly a fun and unique experience that gives you a taste of both great food and Tokyo’s metropolitan lifestyle! 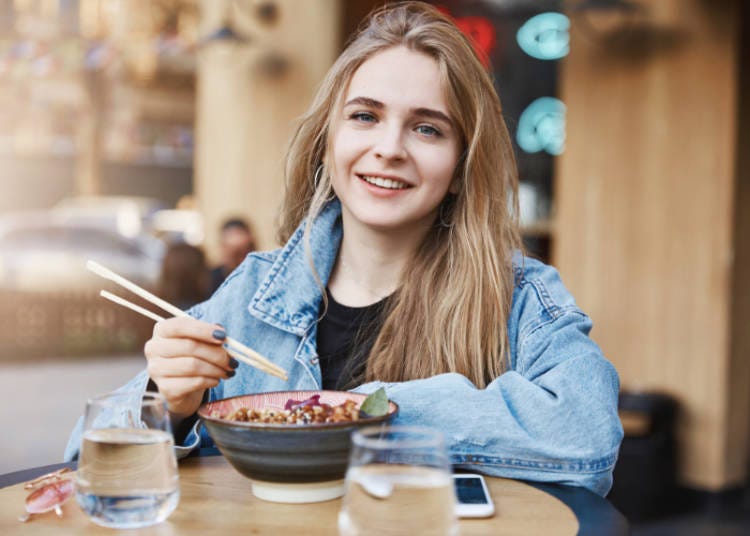 Standing bars offer pretty much everything that a modern Tokyoite desires – delicious food in a laid-back, stylish atmosphere that is served quickly. Stop by to enjoy as much as you like with whomever you like without worrying too much about your budget. It’s great to see standing bars moving from niche to mainstream, catering to people from all walks of life with this curious part of Japan’s food culture! From Edo’s food stalls to modern-day bars, curious gourmets simply have to try at least one of Japan’s many standing bars. Whether you go for a classic serving of buckwheat noodles or try exquisite French cuisine is entirely up to you!

Real Japan: How Does a Japanese Breakfast Really Look Like?
5 Essential Chopstick Etiquette Tips to Know in Japan!