HOME Tokyo and Surroundings Tokyo Tsukiji Tsukuda and Tsukishima has More than just Tsukudani and Monjyayaki! 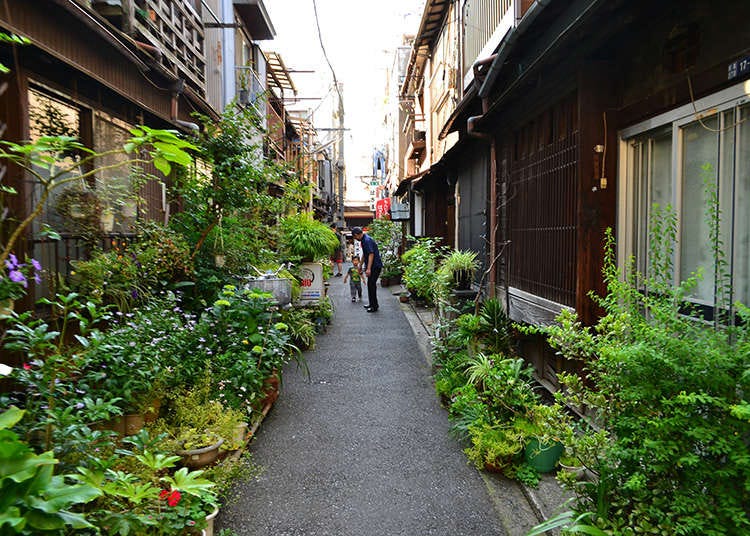 Tsukuda and Tsukishima has More than just Tsukudani and Monjyayaki!

Many people are associate the Tsukuda and Tsukishima area with tsukudani (seafood, meat or seaweed that has been simmered in soy sauce and mirin) and monjayaki (pan-fried batter with various ingredients). It is a unique area that has new buildings that were reconstructed with the flavor of the old town.

The Contrast of New and Old 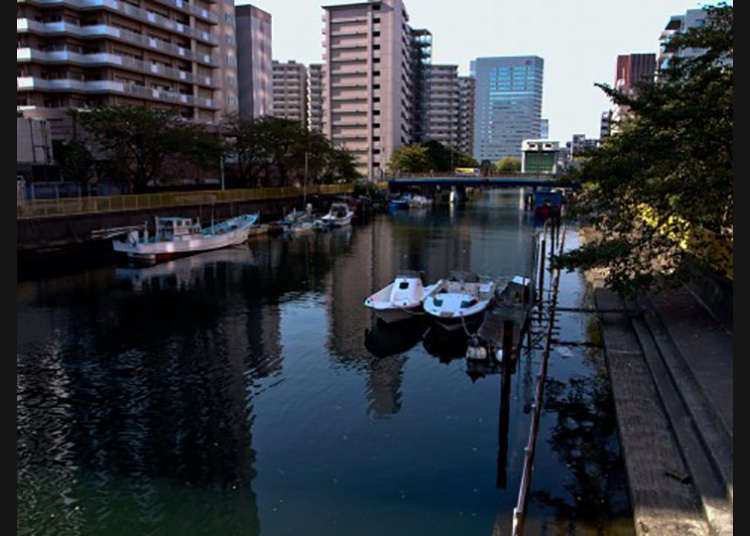 Spreading along the Sumida River the Tsukuda and Tsukishima area has the remains of the flavor of the old town. However, because of the Tokyo Olympics in 2020, reconstruction work is being carried out. While high-rise apartments and buildings have been built everywhere, there are many housings with a full flavor of the old town. Please walk around while enjoying the comparison of the new and old things.

A row of houses in the old town 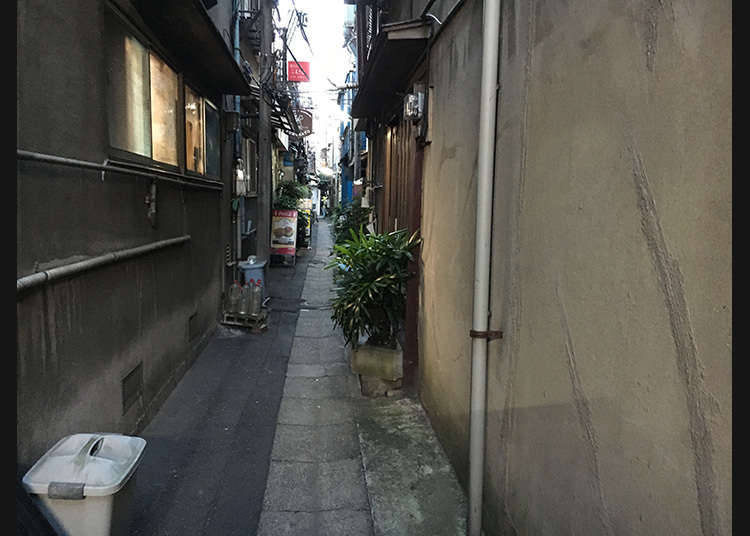 If you walk around Tsukishima, you can have a look at how people have lived here since the old days. It could be the many flowerpots lined up on the narrow eaves or a washing machine placed outside. You might see a pub displaying a lantern outside. It is filled with a nostalgic atmosphere. If you find an elderly person sitting on a round chair and relaxing, then talk to him or her. Elderly people in the old town are very friendly so you might be able to communicate with only gestures without speaking Japanese.

The atmosphere of the riverbank 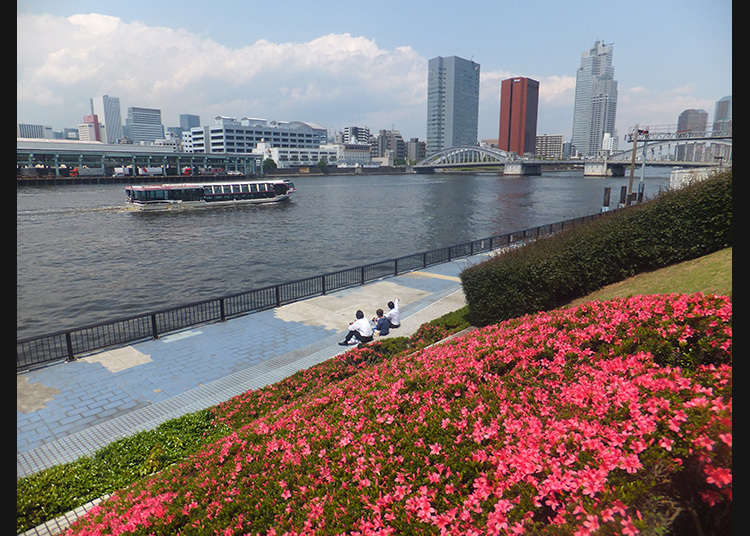 There are several places on the riverbank of Tokyo's old town for people to enjoy the flavor of the old town. Tsukuda Koen (Tsukuda Park) is one of them. It is located on the west side of Chuo-ohashi Bridge and this long and narrow park along the Sumida River has a restored lighthouse that was used several hundred years ago. Speaking of the Sumida River, it is a tasteful river symbolizing the old town of Tokyo. In the summer yakatabune (a roofed entertainment boat) float along on the water and the biggest firework festival in Japan is held. Along the Sumida River, shinsui (hydrophilic) terraces called Sumida-gawa Terrace are built on both banks. When you walk on riverbank, you can see a different side of Tokyo. 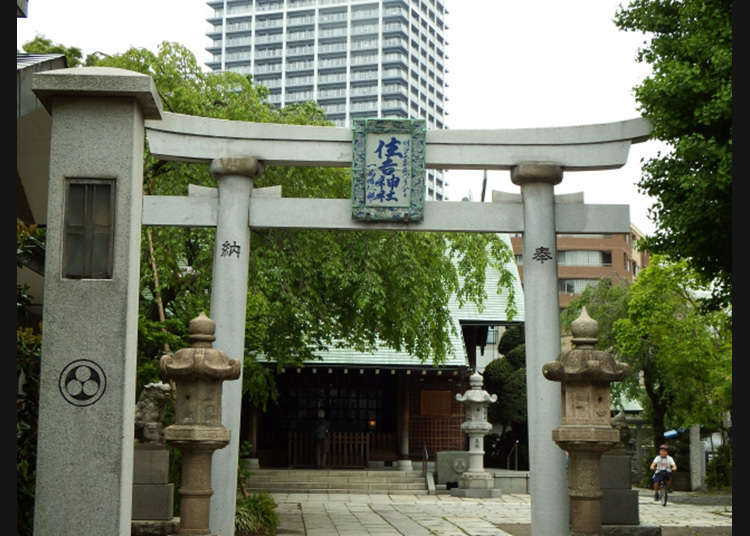 The torii of Sumiyoshi Jinja (shrine) is located just over Sumiyoshiko-bashi from Tsukuda Koen. You can see high-rise apartments standing over the shrine, it is a scenery something that is Tsukuda and Tsukishima area-ish and very special for this shrine. Sumiyoshi Jinja was founded in 1646, and it has been believed by local people as a guardian for ships since the shrine is located on the waterfront. 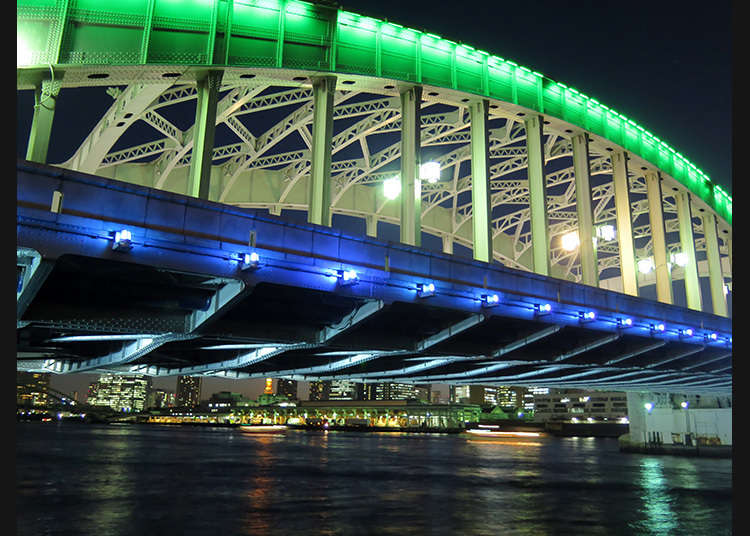