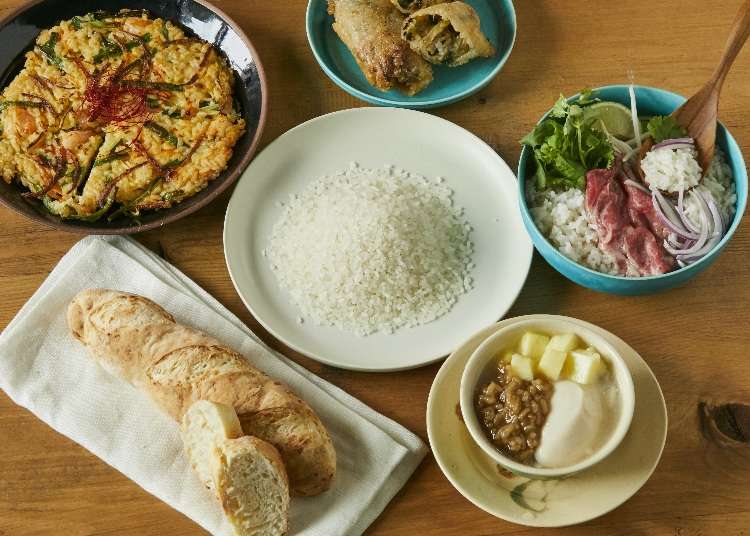 The deliciousness of Japanese rice: A flavor born of artisan perfectionism
Rice is Japan’s staple food. Rice cultivation is thought to have begun in Japan some 3,000 years ago, during the Jōmon period. With temperate, rainy weather, and lots of soil great for making rice paddies, rice cultivation has always thrived in Japan. 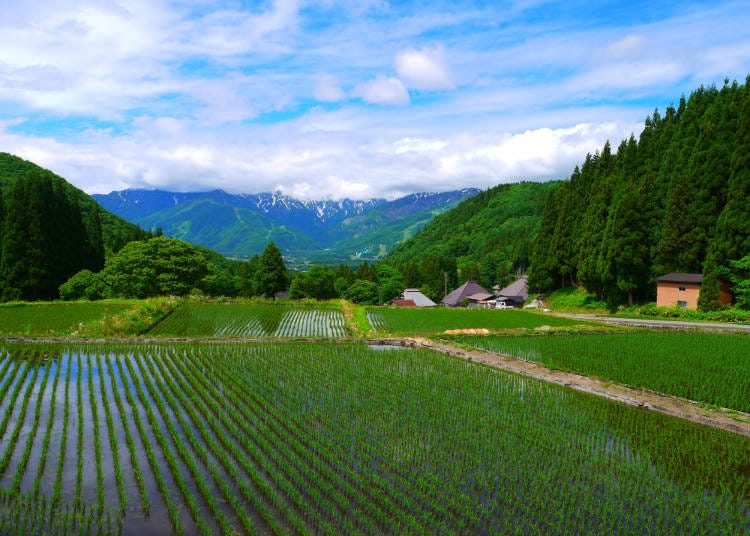 But growing rice takes a lot of work: one must plant their rice, weed their fields, then harvest and thresh the fine crop. With rice cultivation at the center of human lives, it fostered a culture of teamwork in agricultural communities. During the Edo period, annual taxes were paid in rice, and it was valued as currency. The people with the most rice had prosperity and power.

Later in the early Meiji period with the implementation of coinage, rice settled as a purchased product, rather than purchasing power. In the wake of World War II, rice shortages spurred the improvement of rice strains to increase harvests.

After that, bread and noodles joined rice to become staple foods in Japan, and the goal of rice improvement tilted towards creating more delicious rice. With that goal in hand, producers have since then aimed ever upward for rice quality and cultivation technology. 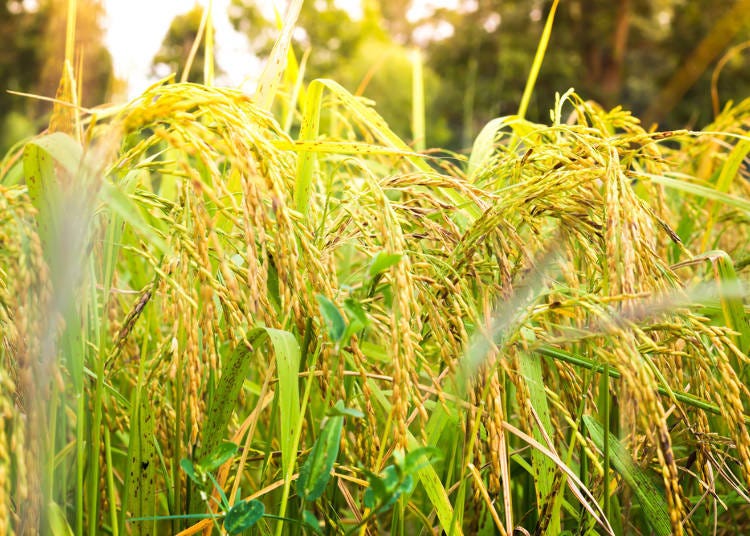 Thus Japan's rice is delicious thanks to its land, clean water and air, and the passion of agricultural experts. Steps to preserve taste continue after the cultivation process, with strict grading and careful storage. You might say it's Japanese attention to detail that guarantees the flavor.

Around 900 varieties of rice are cultivated in Japan, with around 290 of them being produced for direct consumption. These varieties are collectively known as Japonica rice. The islands of Japan stretch long from south to north, and each region grows rice suited for their environment. Japonica rice grains begin rounded and elliptical, and gain soft fluffiness and sleekness once cooked. They also become sticky and release sweet flavors when chewed.

In Japanese cooking, rice is often eaten separately from other ingredients to enjoy its natural flavor, and other recipes like rice balls and sushi perfectly represent its characteristics. 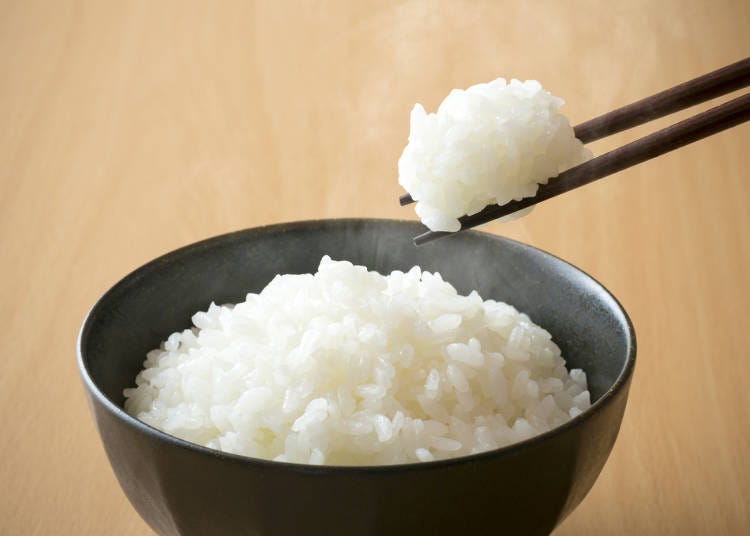 In recent years, more and more people around the world are seeking Japanese rice to eat in their home lands after trying it. It's delicious eaten alone, of course, but let's take a look at a few recipes from around the world modified to use Japanese rice. We'd love for you to try these recipes out yourself! 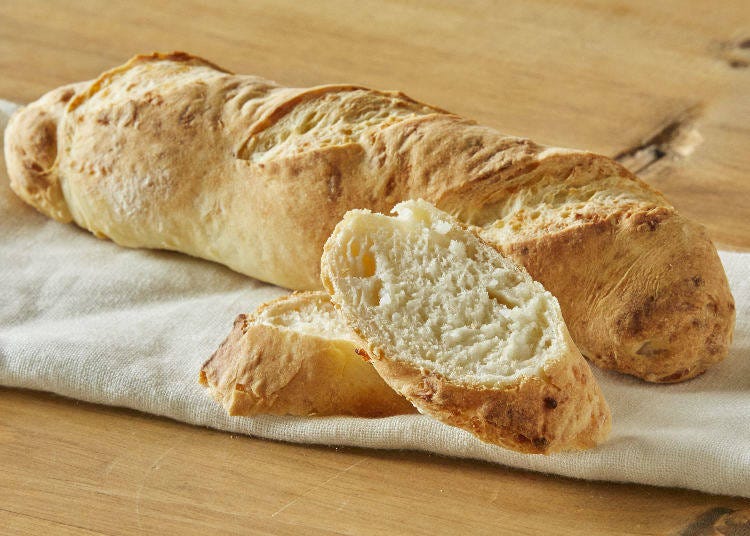 For our first recipe, we'll try our hand at the Parisian classic French bread, fundamentally made with wheat, salt, water, and yeast. Adding cooked rice to the dough creates a chewier form of French bread. The grains of rice will be suspended in the bread, creating a fun texture. You could easily make it with leftover rice. 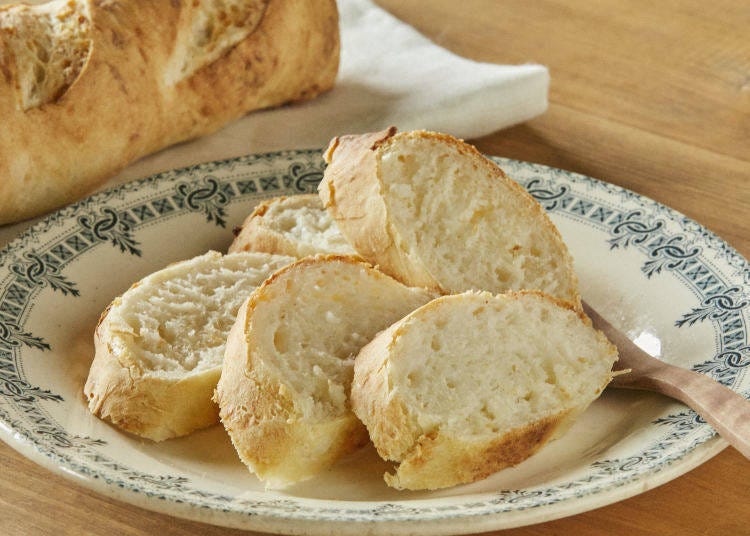 ●Steps
1. Let the Japanese rice cool down.
2. Add the yeast, sugar, salt, and hot water to a bowl and mix well. Next, add both flours and mix.
3. Empty the bowl on to a surface and knead the dough.
4. Once it has acquired shape, mix in the rice in. 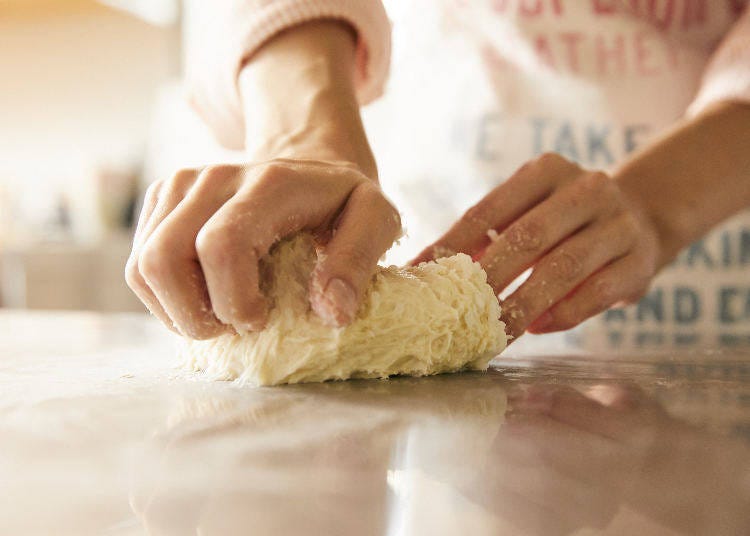 5. Round the dough, place it in a bowl, and cover it with plastic wrap. Allow it to rise for 60 minutes in a 40℃ (104°F) space.
6. Once the dough has risen to 2.5 times in size, push the gas out of it, then remove the dough, form it into two tubes, and let them rest under a wet cloth for five minutes.
7. Squish them into the shape of two baguettes and place them on parchment paper.
8. Place them on a baker's couche with a wet cloth on top, and let them rise to become twice the size in a warm space.
9. Preheat the oven to 230℃ (440°F).
10. Score the baguettes, mist them, then bake for about 20 minutes. 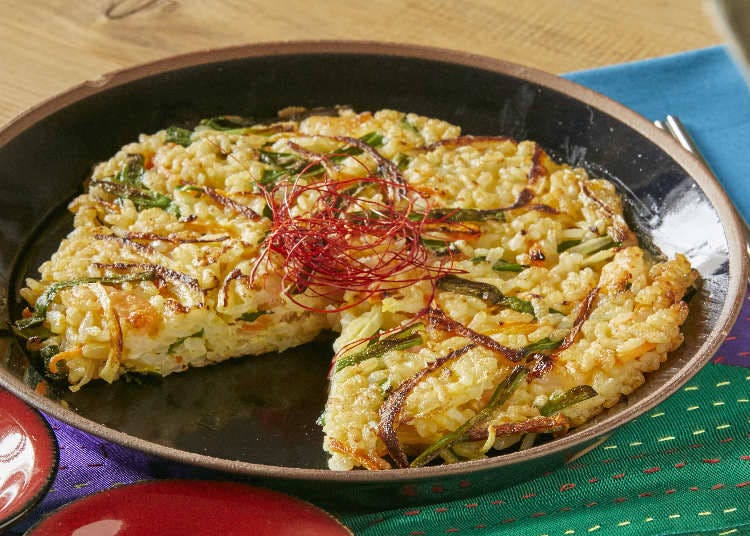 For our second recipe, we'll use rice with a Korean dish, buchimgae. Normally, it would use wheat for its dough, but we'll try using rice instead. It makes for a buchimgae with great granular texture. It also fills you right up. Although usually considered a side dish, this form of buchimgae could be your main dish.

1. Cut the Chinese chives into 5cm pieces and shred the carrot. Thinly slice the onion quarter. Cut the seafood into bite-size pieces.
2. Mix the egg and Japanese rice together. Next, mix the other ingredients to make a dough. 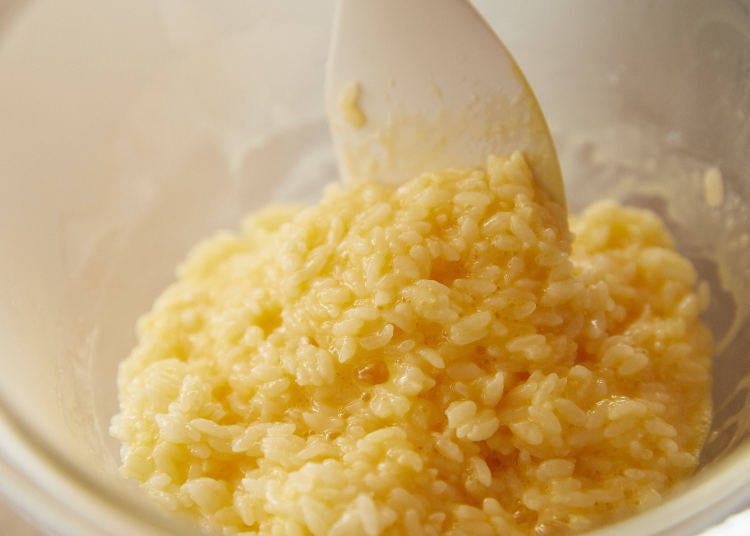 3. Oil a frying pan with the sesame oil, then cook the dough in the pan until it is crispy on both sides. Top with the sauce and you’re all set! 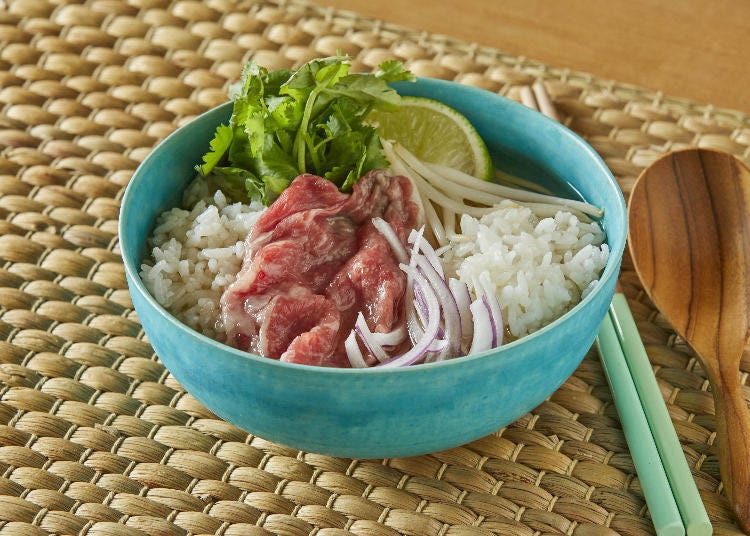 For our third dish, we'll combine Vietnamese pho with Japanese ojiya. We'll use rice instead of pho noodles. It looks like pho, but it feels like ojiya. It's a taste that will have you coming back for more. Spooning up soup and rice together lets you really enjoy the taste of the broth.

1. Place the star anise, black peppercorns, and ginger into a soup bag. Add water, soup bag, and beef bouillon cube to a pot and heat it on low for 30 minutes.
* If you don't have access to soup bags, you can leave the ginger in the pot
2. Add salt, pepper, and fish sauce to taste.
3. Place the Japanese rice in a bowl and spread the beef over it. Pour the hot soup over it, and add toppings. 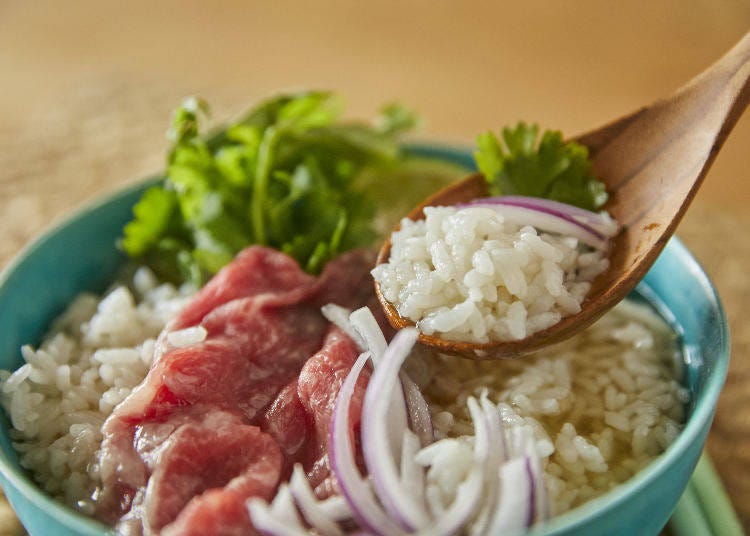 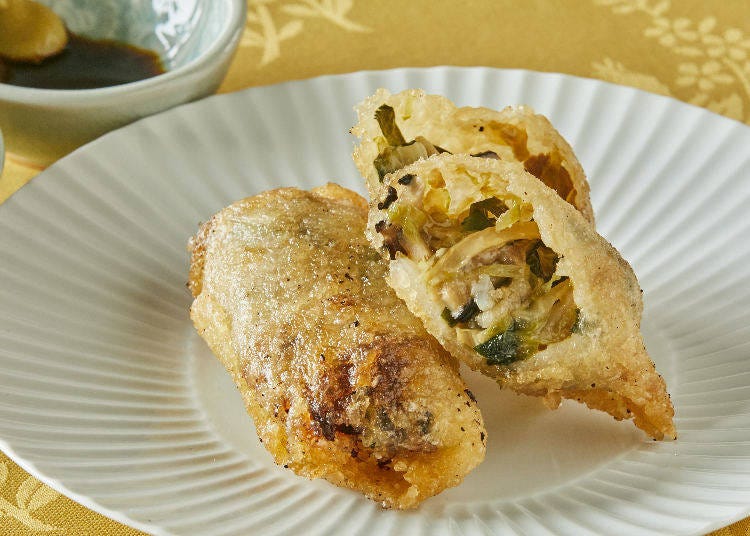 For our fourth recipe, we'll use rice with the China's popular spring roll. We'll make the spring roll covering out of flattened rice. It forms a rice-cracker like crust when fried, with a crispy crunch you won't find in regular spring rolls. It might be easier to understand if you compare them to Vietnamese shrimp rice crackers.

1. Restore the dried shiitake in warm water, cut off the mushroom base, and mince. Set aside 80ml of the shiitake water. Thinly slice the pork, cabbage, and bamboo shoots. Cut the Chinese chives into 5cm pieces. Dissolve the potato starch in two teaspoons of water. Add the "B" seasonings to the shiitake water and mix.
2. Mix the "A" seasonings in a bowl with the pork and knead until the seasoning has set in.
3. Heat the canola oil in a frying pan and stir-fry the pork until it changes in color before adding the bamboo shoots, shiitake, and cabbage in that order.
4. Add the "B" seasoned water and simmer for two to three minutes.
5. Add the dissolved potato starch and allow it to thicken before mixing in the sesame oil. Spread the filling out in a tray, sprinkle the chives evenly across, and chill it.
6. Mash the Japanese rice in a mortar into a paste, then divide them into six portions, sandwich them in plastic wrap, and roll them into squares 15cm wide and tall. Divide the filling into six tubes and place them 10cm from the base on each square before rolling them. 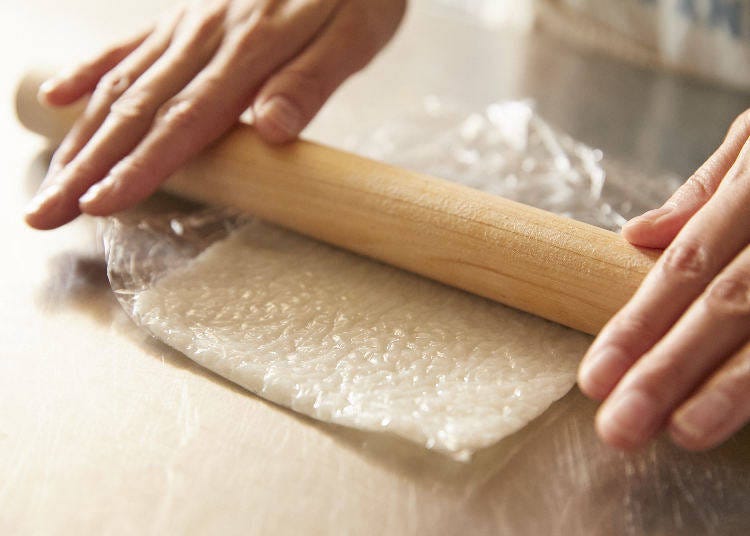 7. Heat the frying oil to 160℃ (338), and slowly fry the rolls, turning them with long chopsticks or metal tongs. When the rolls have changed in color, turn off the heat and take the rolls out. Remove the oil and arrange them on a plate with soy sauce and Chinese mustard as desired. 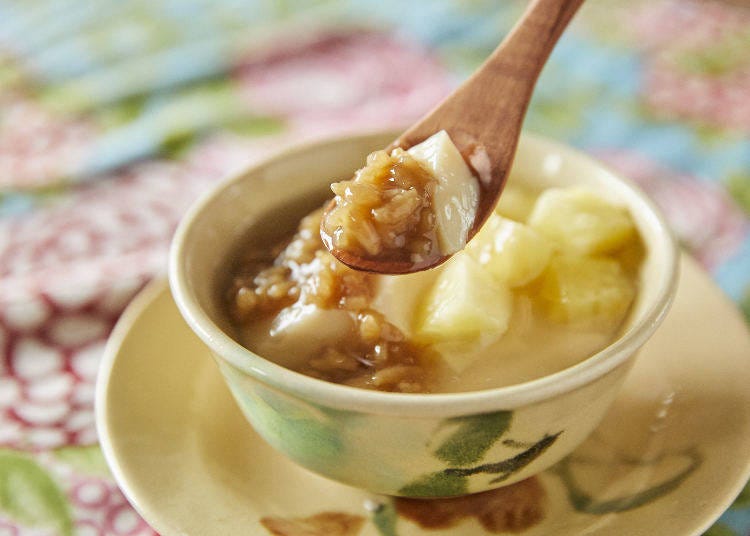 For our fifth recipe, we'll use rice with one of Taiwan's most famous desserts, rice pudding (douhua). Specifically, we'll cook rice until soft with brown sugar, and use it as a topping like tapioca. The resulting rice has a deep and sweet flavor and goes great with the clean taste of tofu pudding. It also makes for a lighter and cleaner taste than tapioca would.

Syrup:
Sugar 100g
Water 1 cup
Pineapple, mango, or any other fruit you like as desired

1. Mix and steep the powdered gelatin in the cold water.
2. Add the soy milk and sugar to a pot and heat it until simmering. Then, turn off the heat and mix in the gelatin water. Place the mix in a container, and chill it in the refrigerator until it firms up.
3. Rinse the Japanese rice and let it soak in water for 30 minutes. Strain the rice, then add the rice, brown sugar, and new water to a pot. Cook the rice at high heat. Once it comes to a boil, reduce heat to low and simmer for about ten minutes. Then, turn off the heat and let it cool. 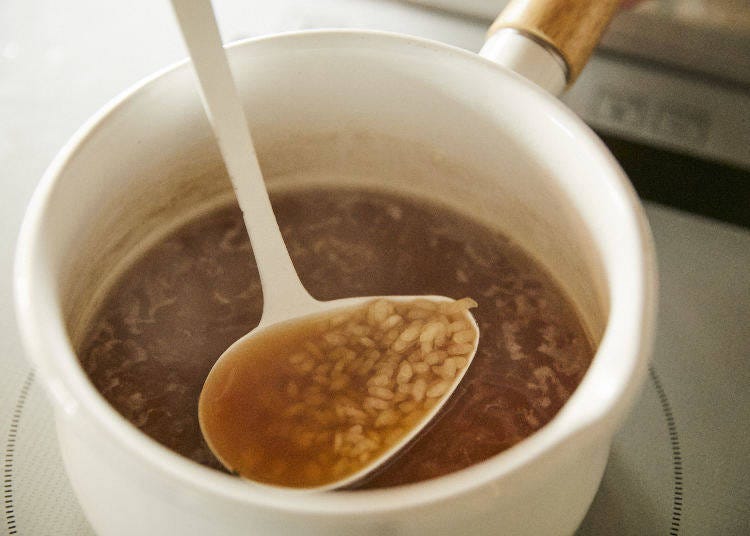 4. Heat the syrup sugar and water to a boil, then also let it cool.
5. Place the chilled, firm pudding in a serving container with a spoon, and pour syrup over it. Strain the rice and top the pudding with it, plus any fruit you've prepared.

How to go about finding a Japanese rice brand you like

Japanese rice enjoys much praise as a whole, but depending on its variety and where it's produced, you can discover new flavors. Once you're used to eating Japanese rice, you might want to find a brand you think is best. Here are three notable brands for you to compare.

●Koshihikari: a product of Niigata Prefecture 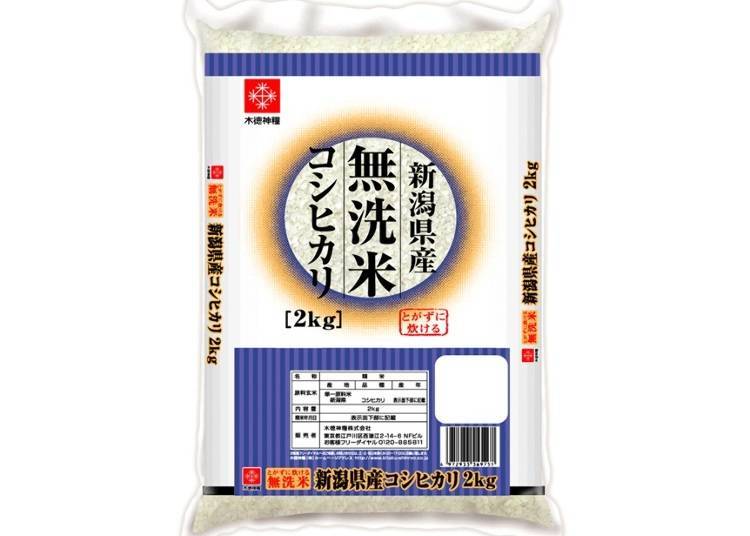 Koshihikari is a brand from Niigata Prefecture, Japan's biggest source of domestic rice. It's very sticky and sweet, and once cooked, it is noticeably sleek and aromatic. No wonder it's the most-eaten variety in Japan. Niigata's fertile lands and plentiful meltwater give it the perfect environment for rice cultivation, so it's known as a source of delicious rice.

●Yumepirika: a product of Hokkaido 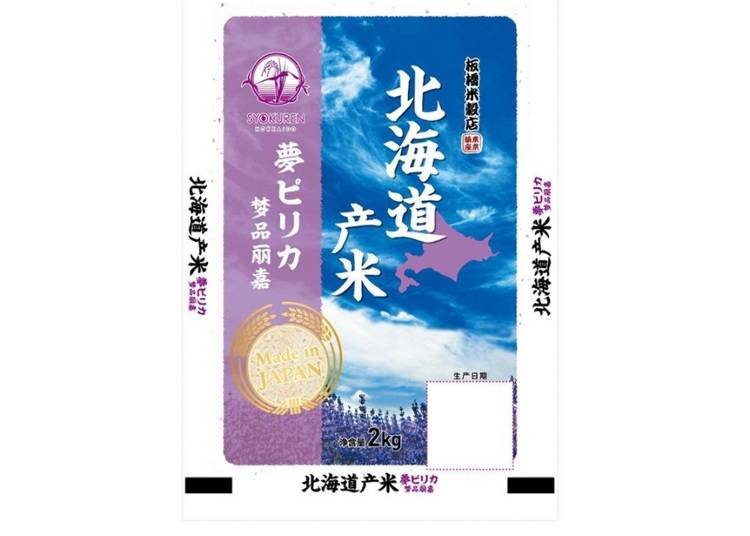 Yumepirika is a variety grown in Japan's northernmost region, Hokkaido. It has a good balance of softness and sweetness, and a pleasant chewiness. It's also praised for just-enough stickiness and sleekness once cooked, and is used in first-class meals on ANA flights and at high-end restaurants. As a luxury brand of rice, people send it to each other as gifts.

●Haenuki: a product of Yamagata Prefecture 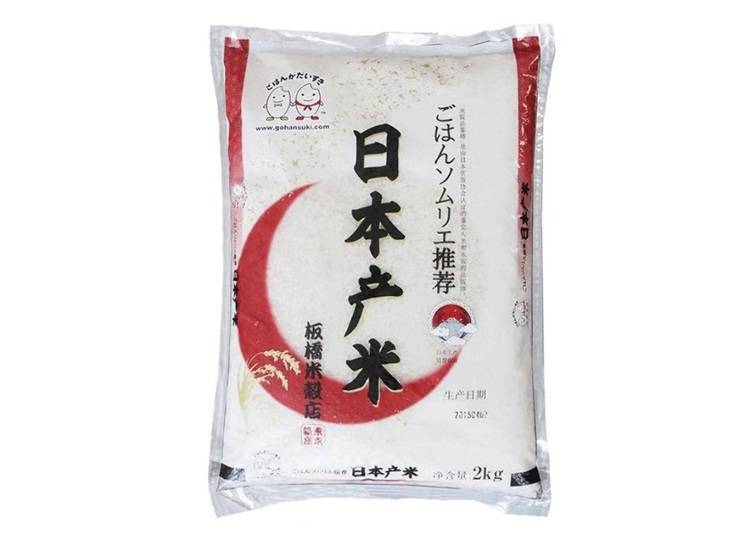 Haenuki is a brand of rice born of Yamagata Prefecture. It has the perfect amount of moisture and richness, and you can taste each grain of it. It retains its shape once cooked, and retains flavor even when chilled, so it’s great for lunch boxes and rice balls. It's the kind of rice only true aficionados of rice will tell you about, even in Japan. 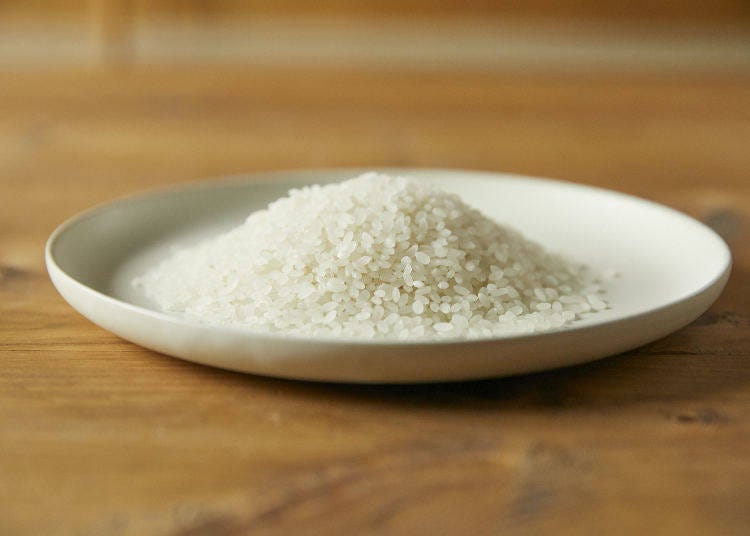 We hope you enjoyed reading about what makes Japanese rice delicious, the traits of its brands, and recipe arrangements that use it. If you'd like to try cooking with Japanese rice for yourself, you can purchase varieties from the site below. Imagine the pleasure of enjoying all kinds of Japanese rice from your own home. Use it to make your cooking even more delicious and healthy. Enjoy living with rice!

Writers: Koji and Risa Hasegawa (Kurashisa Inc.)
After leaving an advertising firm, the Hasegawas traveled the world. They visited 40 countries, studying the world's views on Japanese culture (COOL JAPAN) and what Japan could learn from the world's cultures (BOOM JAPAN). Next, they traveled Japan to report on things, ideas, and people from around the country. In recent times, they founded Kurashisa Inc. to spread the word on the characteristics of areas around Japan.
URL：http://kurashisa.co.jp/