HOME Tokyo and Surroundings Tokyo Tokyo Station Come for the Sushi, Stay for Everything Else! What Surprisingly Good Food Can You Eat in Tokyo? 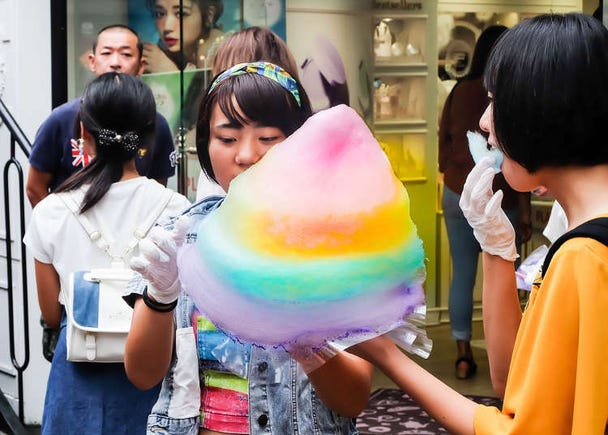 Come for the Sushi, Stay for Everything Else! What Surprisingly Good Food Can You Eat in Tokyo?

When most people hear “Japanese food,” images of traditional Japanese dishes spring to mind. However, when we unravel Tokyo’s food culture, the gourmet cuisine available is so diverse, that it’s impossible to describe it all in just one sentence. For starters, visitors to Japan can enjoy authentic dishes from countries around the world, including Italian, French, and Chinese, just to name a few.

Japan is also known for its regional dishes that can be found nationwide, but you can also find countless specialty restaurants that offer the exact same local cuisine in Tokyo. Tokyo offers a wide variety of Japanese dishes from popular cuisine such from ramen, curry, pancakes, and more, to colorful gourmet cuisine, embodying the globally-recognized kawaii culture.

Here we proudly present the diverse food culture of Tokyo, the perfect food guide for your next Tokyo trip!

Tokyo Is One of the Most Prominent Gourmet Cities in the World! 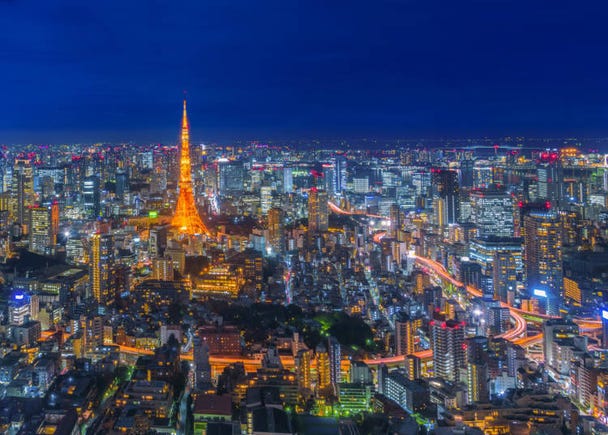 What to eat while traveling... It can be said that cuisine itself is a big reason some people travel. There are many people who arrive in Japan for the first time and want the popular Japanese food dishes like sushi and tempura.

At the same time, there are others on their second or third visit to Japan in pursuit of current food trends and popular restaurants that Japanese people themselves go to, regardless of genre.

From classics to trendsetting restaurants, Tokyo is the city which steps in to fill that need. In a city like Tokyo, which is viewed as one of the most prominent gourmet cities in the world, there’s just about everything that you can think of. 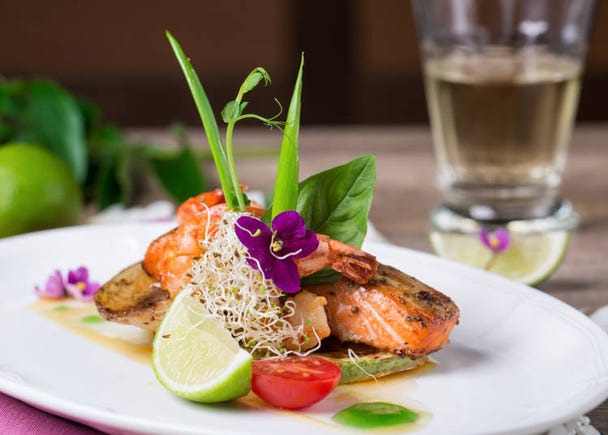 A characteristic of Tokyo’s food culture is that “you can have some of every type of cuisine.” Of course, this includes Italian, French, and Chinese, but it also includes Indian, Korean, Vietnamese, Mexican, and so on.

Recently, there has been a rise in the number of 'halal-friendly' restaurants, too. You might enjoy seeing for yourself how food from your home country is presented in Japanese restaurants.

Fresh, good quality ingredients from all around Japan gather in Tokyo, so you just might be able to find a dish you know arranged in a way that uses unexpected ingredients available in Japan.

Tokyo is the place where you can encounter authentic cuisine, as there are also many restaurants with top-tier chefs from around the world.

Tokyo Food Culture Hunt No.2: Individuality is Just Around the Corner!

Tokyo itself is rather small compared to the other prefectures, but individuality from those other areas flows into it. That is where you can encounter food culture born from each area. 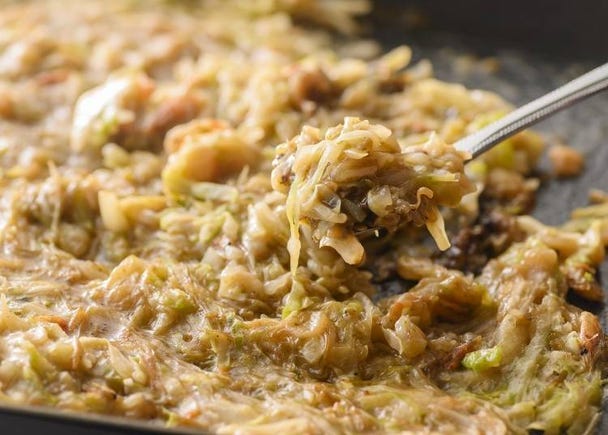 Yes, one can dine on the newest gourmet cuisine in refined restaurants nestled among the tall buildings in places like Ginza, Roppongi, and Shinjuku, in the heart of Tokyo.

But why not try out the local gourmet cuisine available the downtown areas of Nihombashi, Kanda, and Asakusa which are overflowing with their own unique ambience? For example, Tsukishima in Chuo ward is a famous area for Tokyo’s downtown gourmet with its “Monjayaki.”

Monjayaki is a dish made by mixing together potato starch flour melted into dashi soup, which is then mixed with cabbage and fresh ingredients, before cooking on a metal grill. Rumor has it that Monjayaki was originally created by a cheap sweets shop as a snack for children.

Currently in Tsukishima, there’s a road called “Tsukishima Monja Street” where, just as its name implies, approximately 60 Monjayaki specialty restaurants stand. You eat Monjayaki while cooking it, so this makes it perfect for taking videos and enjoying yourself like you’re at an attraction at a theme park. 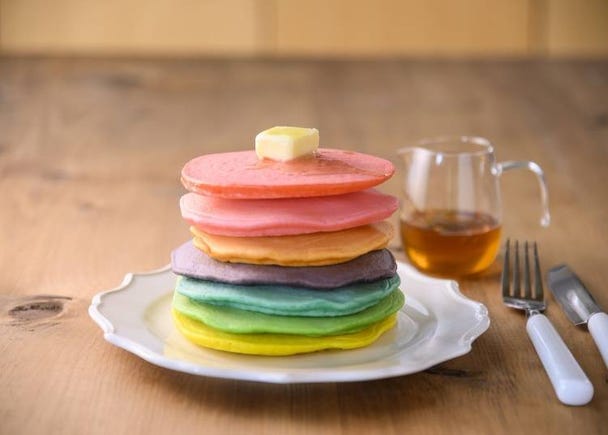 “Kawaii” is a Japanese word that is recognized around the world. Harajuku is a fantastic area for experiencing kawaii culture for yourself. The kawaii atmosphere at “KAWAII MONSTER CAFE,” an extremely popular spot with tourists, feels just like a theme park.

Enjoy trying out novel gourmet dishes there such as the colorful rainbow pasta, parfaits, and more! Then, head on out to Takeshita Street to see the cutting-edge of kawaii. Walk around and try all types of kawaii gourmet that are often seen on Instagram and other social media. We recommend that you come with a camera in hand! 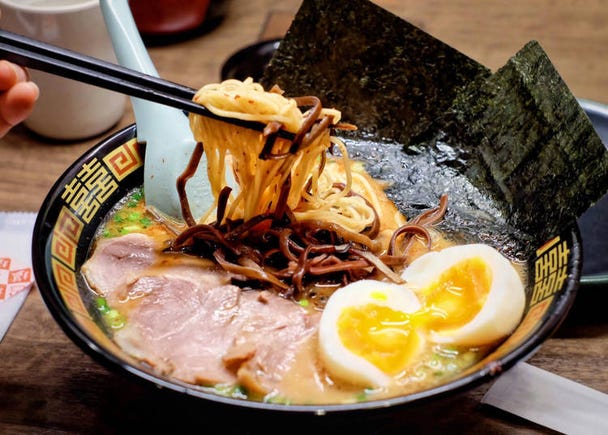 There are many specialty restaurants in Tokyo that focus on popular cuisine such as ramen, curry, and more, and each restaurant offers its own uniquely developed menu. There’s a battleground that forms when those restaurants are gathered together in an area.

For example, for ramen, the battlegrounds are the Ikebukuro and Shinjuku areas. The repertoire offered is endless when you consider what soup, miso, soy sauce, tonkotsu, you want, the thickness and hardness of the noodles, and what sort of toppings are offered. We recommend restaurant hopping to find the perfect combination for you.

If you’re looking for the curry battleground, then head to Jimbocho. Start by choosing if you want smooth or thick sauce. Then, pick what your main ingredient should be. Is it beef, chicken, seafood, veggies, or something else? Next, do you want cheese as a topping? Or maybe an egg?

Finally, pick your level of spiciness. Everyone here has their own preferences, so it can be fun to try out different styles and see which combination best suits you. 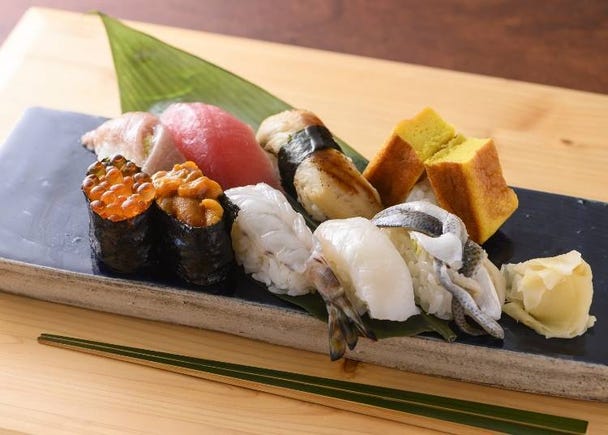 The synonym for Japanese food loved by both Japan and the world is “sushi.” Edomae sushi uses slices of raw fish, or processed fish, which are placed on top of vinegared rice; its birthplace is Tokyo.

Edomae sushi derives its name from sushi that was made with fish caught in Tokyo Bay, just outside of Edo, now Tokyo, itself. The characteristic of Edomae sushi is that there are various methods employed when making it, such as drawing out the umami of the fish with vinegar or salt, simmering, pickling, or even braising.

It is believed that these various methods for Edomae sushi evolved out of a need to keep the fish fresh due to the lack of refrigeration during the Edo Period. It’s now conveniently possible to enjoy sushi at a conveyor-belt sushi restaurant, but since you’ve come all the way to Tokyo, why not try dining somewhere where the chef prepares Edomae sushi right before you? 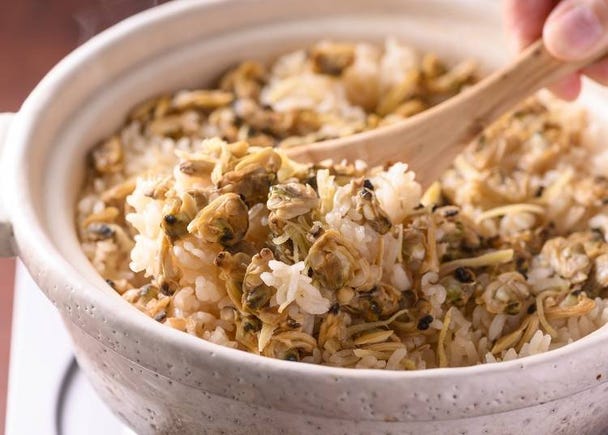 Fukugawa meshi is a dish made with clams and vegetables, such as spring onions, simmered in a soup and then poured over rice. This traditional cuisine has been loved by residents of the Fukagawa area in Edo ward for a long time.

Long ago, a vast tidal flat existed and fishers loved the area. Fukugawa was where these people would come to eat between their work, thus it is called Fukugawa meshi. It is said that this dish of clams cooked in rice spread to homes in the area before it became popularized as a taste of home cooking. 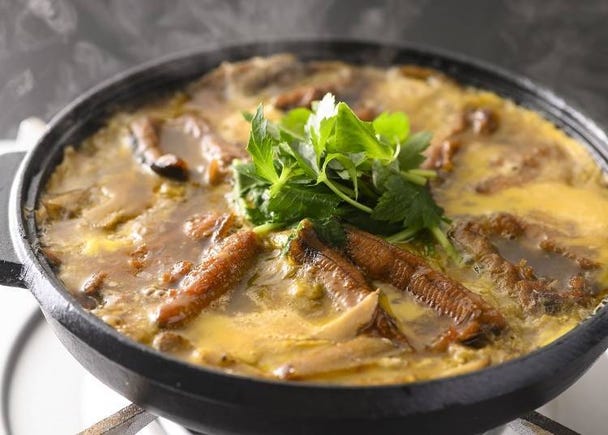 A downtown style dish from Tokyo in the Edo Period that’s known to leave you full long after you’ve eaten it, is Dozeu Nabe.

Dozeu nabe is a hotpot dish that simmers whole loaches in a broth. It’s origin story says it was created by “Komakata Dozeu,” a restaurant founded in 1801 in Asakusa. The name “dozeu” comes from the first owner’s suggestion of making the name out of three hiragana characters that resembled the pronunciation of loach in Japanese.

At the time, it was believed that four hiragana characters for a name would invite bad luck. Yanagawa nabe simmers loaches sliced down the back with burdock root in a dashi soup with soy sauce and sugar, before being topped with a beaten egg.

People used to consume loaches and burdock root as a way to combat fatigue from summer heat because both are considered to be nourishing ingredients. If you have the chance, check out Dozeu Nabe. It’s a dish that not many Japanese people themselves have tried!

Tokyo Food Culture Hunt No.4: Where to go in the Evening in Sleepless Tokyo 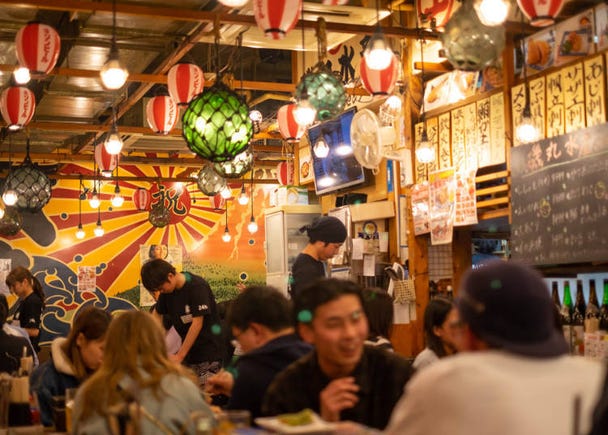 Among all of the spots that one should visit while in Japan and Tokyo, there are also places where you’ll want to go to relax and enjoy yourself after the sun goes down.

As Tokyo doesn’t sleep, the city has locations like Kabukicho, Roppongi, Shibuya, and more, where there are many Izakaya (Japanese-style pubs), bars, and regular pubs open all night long. You might even be able to catch a glimpse of someone coming home from work or young people who’ve just missed their last train home. Not to mention, while Japanese people do have a reputation for being generally quiet, a drink is all some need to become cheerful, open-hearted, and willing to talk.

Try asking the person seated next to you about something you don’t understand about Japan. That’ll be a surefire way to have a great time.

From traditional gourmet cuisine to the cutting-edge of trendy cuisine, Tokyo is the place to be to enjoy a wide variety of authentic cuisine from all around Japan and the world. We hope you enjoy trying out the ever-evolving food cuisine of Tokyo with all five of your senses. 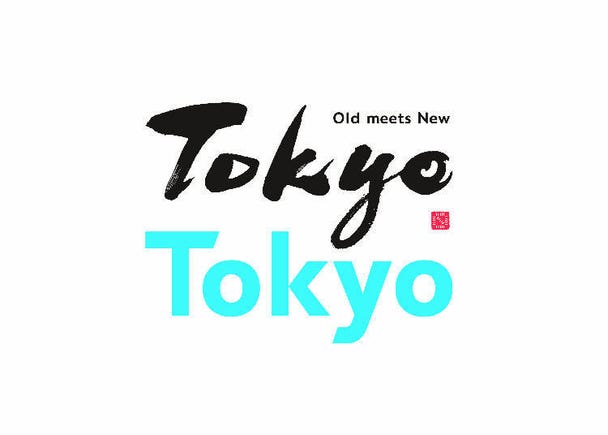 Tokyo uses the icon above with the phrase “Tokyo Tokyo Old meets New” in order to strengthen the already powerful impression of the Tokyo Brand as a travel destination and to promote various types of news and campaigns to Japan and the world.

TEXT: Koji & Risa Hasegawa
After resigning from a position at a marketing company, these two set off on a trip around the world. While teaching people overseas that COOL JAPAN ≈ Japanese culture accepted abroad, and BOOM JAPAN ≈ overseas culture that Japan should learn about, they traveled around to 40 different countries. Following their return home, the two set off on another trip. This one took them around Japan to gather and share information on people, places, and things based in areas all across the country. They then founded Kurashisa Inc., and are now working tirelessly to connect and continue to tell others about the “uniqueness” of places all over Japan.