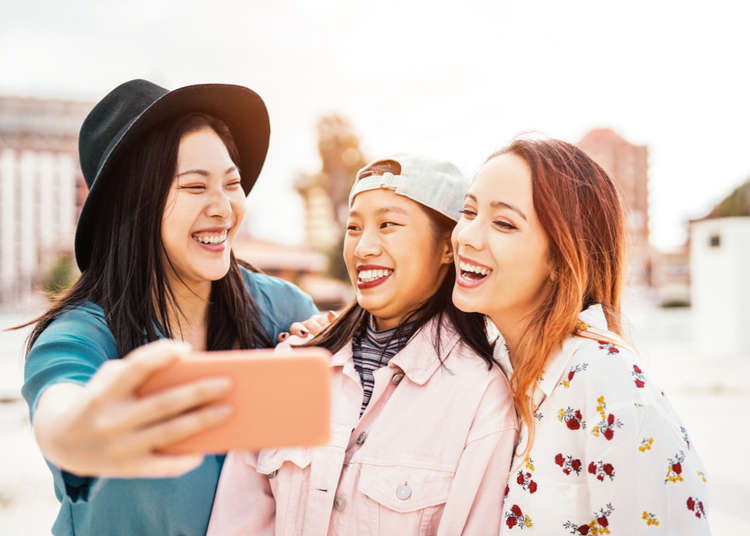 Many people worry about the language barrier when visiting a country which is far away, like Japan, but while on one hand a fair number of Japanese people can understand English and there is a signage in English, learning some basic Japanese can make a world of difference to your trip.

There are whole books for sale with Japanese phrases for travellers or basic Japanese phrases, but as a tourist you don’t need to learn anything complicated, and it is easy to get overwhelmed. However, in fact there are just a few key phrases that you need, and anyone can learn! In this article we will cover the various situations you are likely to encounter and some really useful Japanese phrases!

A. Greetings for any situation in Japanese 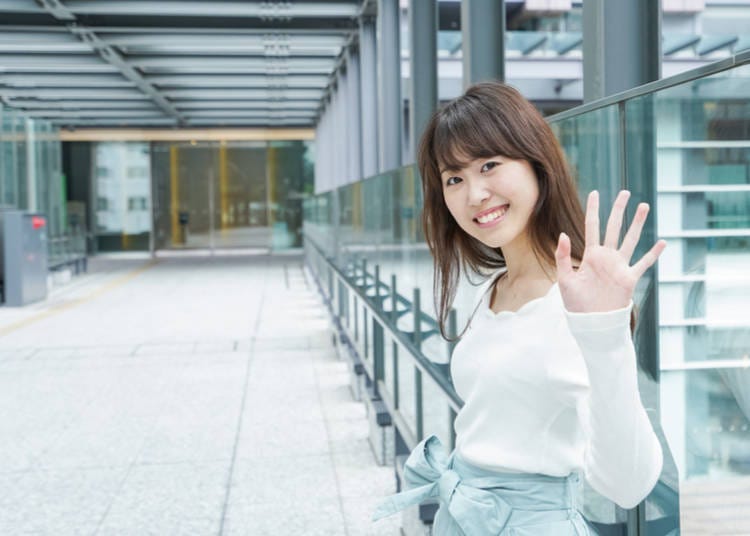 These phrases can be used anywhere, at a hotel, in a restaurant, at a temple, and more. They are short and easy to learn, and before you know it you will be greeting people with a ‘konnichi wa’ wherever you go. In general people tend to say ‘ohayo gozaimasu’ quite early in the morning and ‘konban wa’ quite late at night. Most of the time you can get away with just saying ‘konnichi wa).

How to say goodbye in Japanese 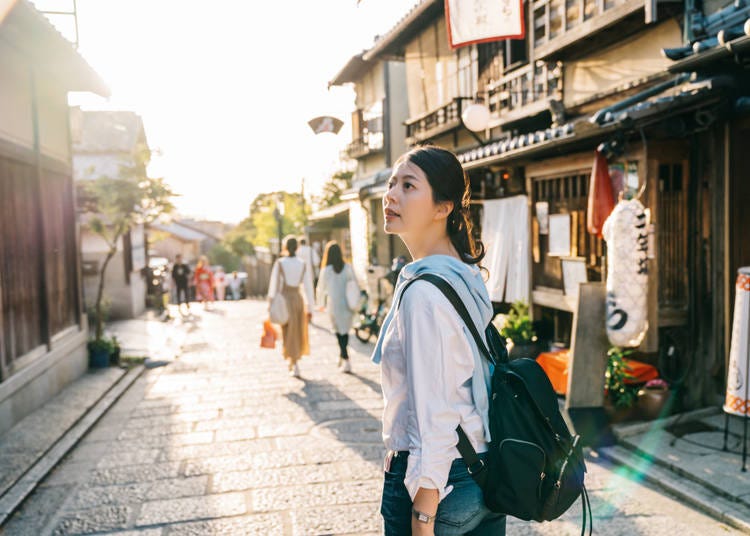 Of course if you say hello to someone, then you need to say goodbye when you leave! ‘Sayonara’ has a bit more permanent ring to it, while ‘mata ne’ means more like see you soon or see you later.

Apologies and being polite in Japanese 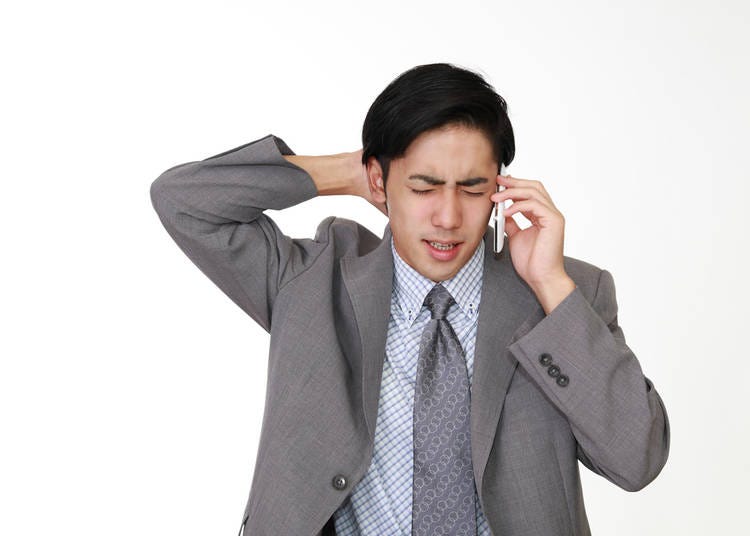 ‘Sumimasen’ is so useful in many situations, from calling for a waitress or waiter’s attention in a restaurant to getting out of a crowded train carriage. Whereas if you have accidently walked into someone or made a mistake then you should use ‘gomen nasai’. 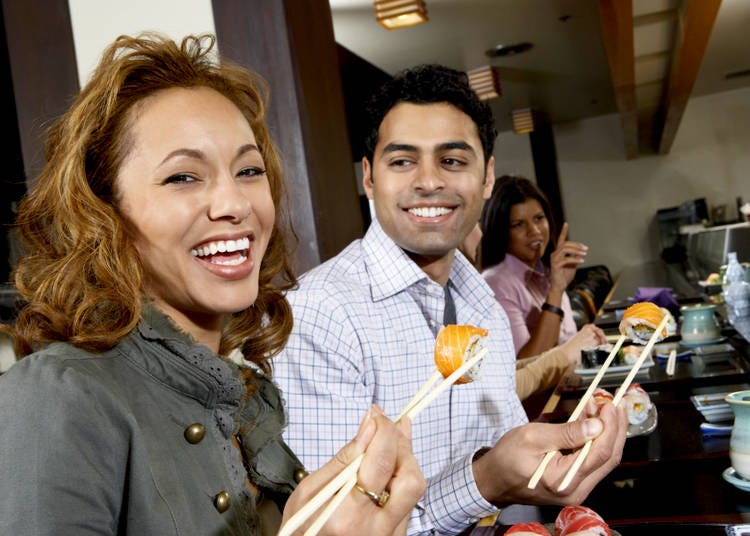 The phrases up to now have been relatively simple, but here is where it starts to get a bit more complicated. However, before you plow on with the below it is a good idea to take a break and practise the above phrases before moving on to expressing desires.

In general, ‘shitai desu’ modifies a verb to indicate that you want to do something, but first you would need to learn a few verbs! However, a simple version of this can be used quite easily for basic Japanese. ‘Shitai’ means to want to do, so you just need to add a noun to make a sentence which people can understand!

For example, using the noun ショッピング ‘shoppingu’ (shopping) means you can say ‘shoppingu o shitai desu’ – I want to do shopping. Learning some basic verbs will make this phrase even more useful:

Asking for others to do something in Japanese 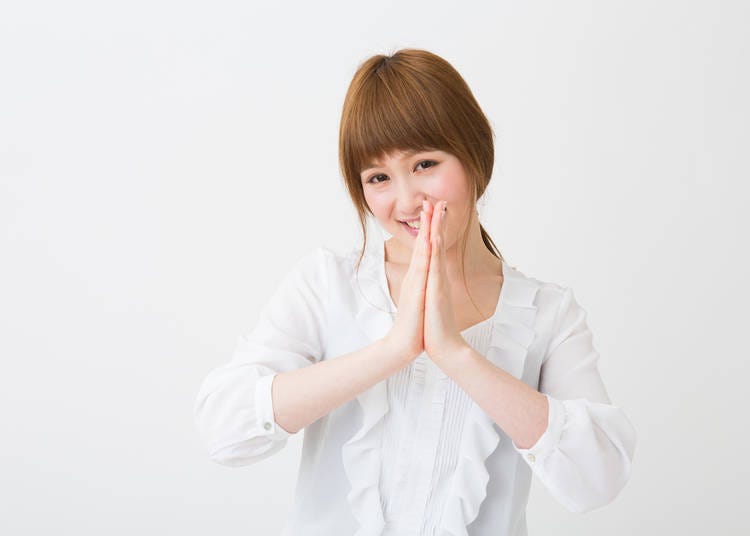 If you want someone to take your photo then you just need to know the noun for photo, ‘shashin’ (写真), and the verb for taking a photo, ‘torimasu’ (取ります) to make the following sentence:

Can you take a photo?
写真を取ることが出来ますか。(Shashin wo toru koto ga dekimasu ka.)

Asking for permission in Japanese 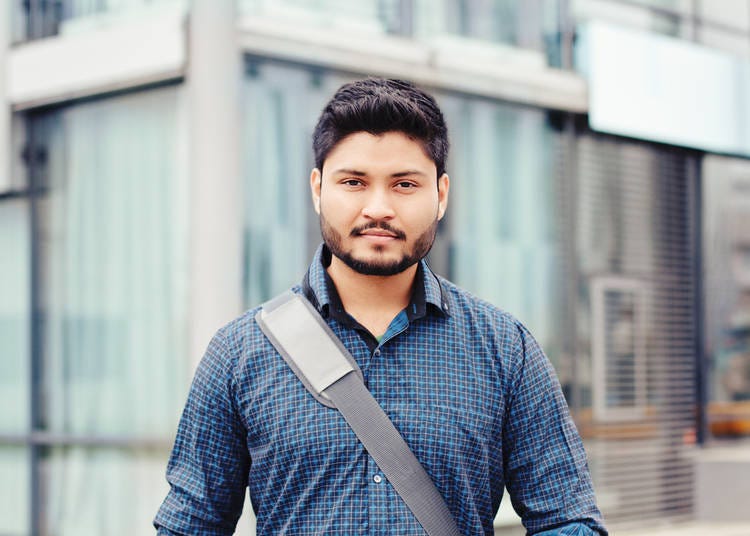 Following all the above this is another point to take a break before continuing, however the next section is a lot easier!

There are three important phrases which you will need when using public transport, the first being the ability to say where you want to go.

Luckily, you have already learnt the structure for this sentence (shitai desu), as well as the verb (ikimasu). So all you need to do is plop the name of the place you want to go to at the front of the sentence.

You can make many sentences with this line without learning any more Japanese, such as:

Tokyo ni ikitai desu
I want to go to Tokyo

The next phrase is extremely important for travel in Tokyo. This is because while in most cities around the world subway lines are run by the same company, and therefore changing line is normally quite painless and can be done within the same station, in Tokyo there are subway lines run by different companies.

Especially if you can’t see the station you want to go to on the station’s line map, then most likely it means that you need to change lines and need to refer to the full map of train lines.

Another important question when buying tickets, train or bus, or using a taxi is to ask how much.

How much?
いくらですか。(ikura desu ka)

Accommodation – Successfully get into your room! 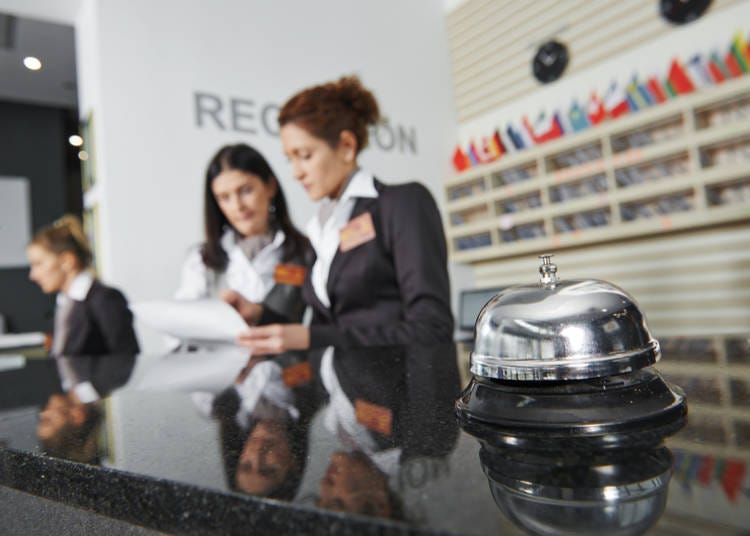 On day one of your trip, having navigated your way through Japan’s public transportation, and perhaps grabbing a bit to eat and some photos already, you will most likely be checking into a hotel. Today more and more hotel staff speak English, but just in a case it is always good to have some phrases tucked into your belt in case they don’t.
・"I have a reservation".
・予約をしています。(yoyaku o shite imasu)

If you are anything like me your next concern will be the internet, namely is there any internet and what’s the password!
・"Can I use the internet".
・インターネットが使えますか。(intta-netto ga tsukaemasu ka)
・”Can you tell me what the internet password is?”
・インターネットのパスワードを教えてください。(intta-netto no pasuwo-do o oshite kudasai)

If you have specifically booked a hotel for its facilities, like gym, swimming pool, onsen, etc. Then, it is really useful to be able to ask where they are. This is a very useful phrase which can be used in any situation when you want to know where something is.
・"Where is _____".
・_____はどこですか。(_____wa doko desu ka) 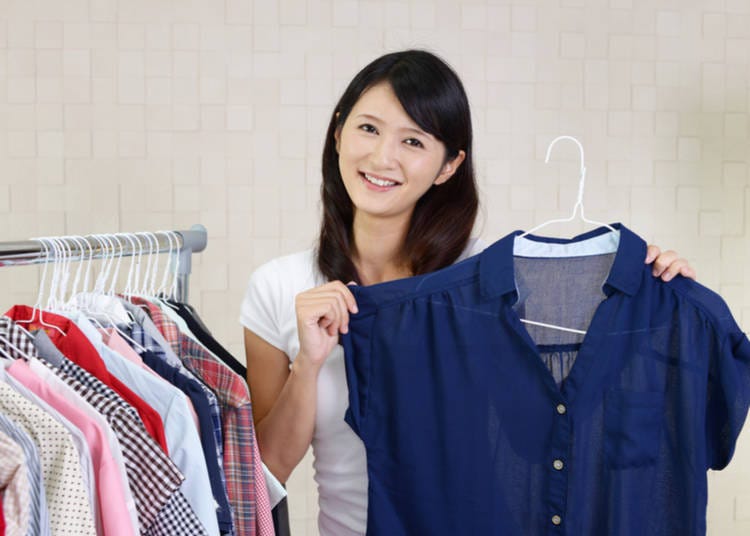 When most people think about Tokyo they conjure up an image of tall buildings and bright lights, and of course shopping! Cities like Tokyo are a shopper’s paradise where anything can be bought, and with a discount because of tax-free shopping.
・"I am looking for _____".
・_____を探しています。(_____o sagashite imasu)
・"This is big small expensive/cheap".
・これは大きい／小さい／高い／安い。(kore wa ooki/chisai/takai/yasui)
・"How much is it?".
・これはいくらですか。(kore wa ikura desu ka)

The above sentences are fairly self-explanatory, but when you want to buy something and you want to check how then the following sentence is quite important:
・"Do you take _____".
・_____は使えますか。(_____wa tsukaemasu ka)

7 Tips on Shopping for Clothes in Japan

The Important Part of the Day – Eating 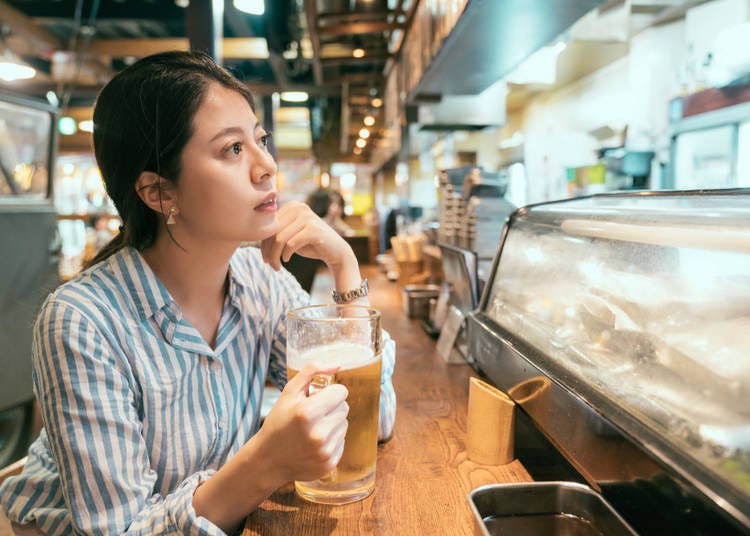 Having used public transportation, gone shopping and perhaps seen a few sights around the city, at some point you will be feeling a bit peckish. However, ordering food is super easy – though sometimes menus are hard to understand!
・"I’ll take _____".
・_____をお願いします。(_____wo onegai shimasu)

When ordering, if you know the name of the food you are ordering then you can say, for example, ‘suteki (steak) wo onegai shimasu’, but it is also perfectly acceptable to point, at a photo, and say ‘kore o onegai shimasu’. This means ‘I’ll take this’.

When you have finished your meal there is one other important phrase to know:
・"Can I have the bill please".
・お勘定／お会計をお願いします。(o kanjo / o kaikei o onegai shimasu)

How to Order Food in Japanese Like a Pro! 7 Key Phrases for Navigating Japan's Restaurants and Izakaya 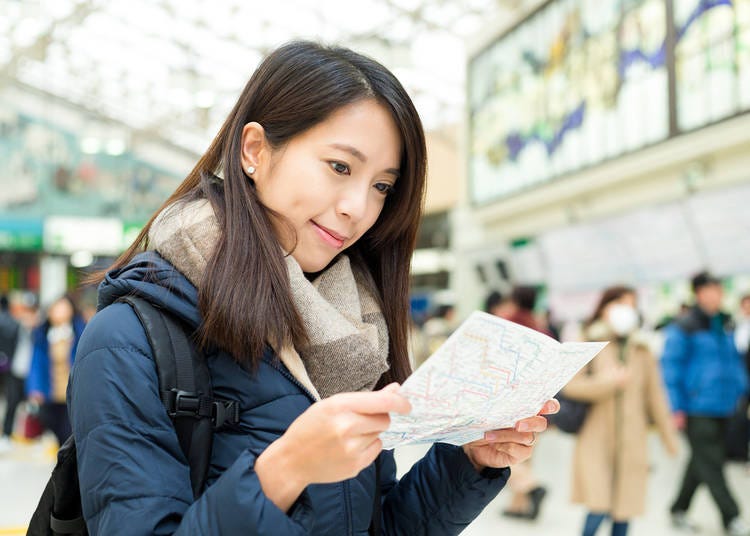 The last couple of phrases are essential for finding your way round; the first one is for asking where something is. The sentence structure was previously introduced and really can’t be recommended enough for your Japanese study!
・"Where is [The nearest X]"?
・_____はどこですか。(_____ha doko desu ka)

(MOVIE) Survival Japanese: How to Ask Directions in Japan

With this set of phrases you will be perfectly prepared for your trip in Japan – enjoy!