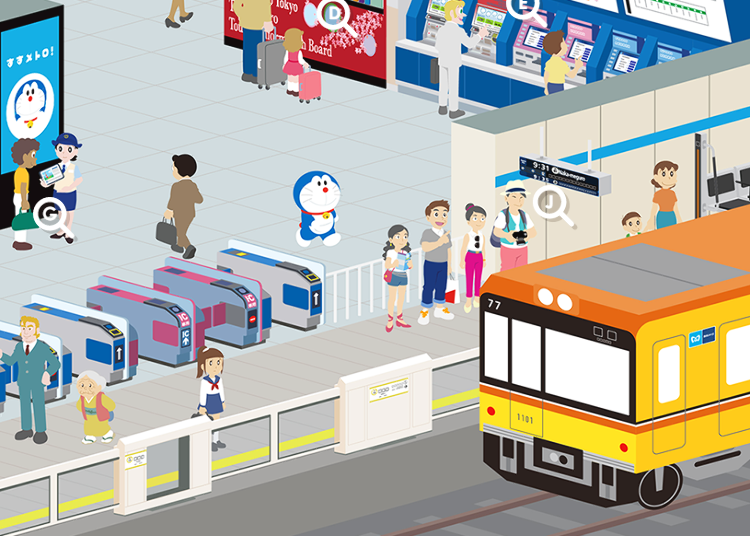 Tokyo Metro is one of the Japanese capital’s prime ways to get from A to B, and an indispensable subway service for every Tokyo tourist. With various services, such as offering multilingual support for complex train transfers, Tokyo Metro is already really convenient to use especially for tourists, but the subway is making efforts to evolve even further.

“SusuMetro” is a new website and campaign launched by Tokyo Metro, utilizing the world-famous manga and anime character Doraemon. SusuMetro is a Japanese play on words – “susumeru” means to “continue” or “move forward,” which is exactly what Tokyo Metro wants to do. The mission of this campaign is to make the subway experience even safer, more convenient and more comfortable to use for everybody! 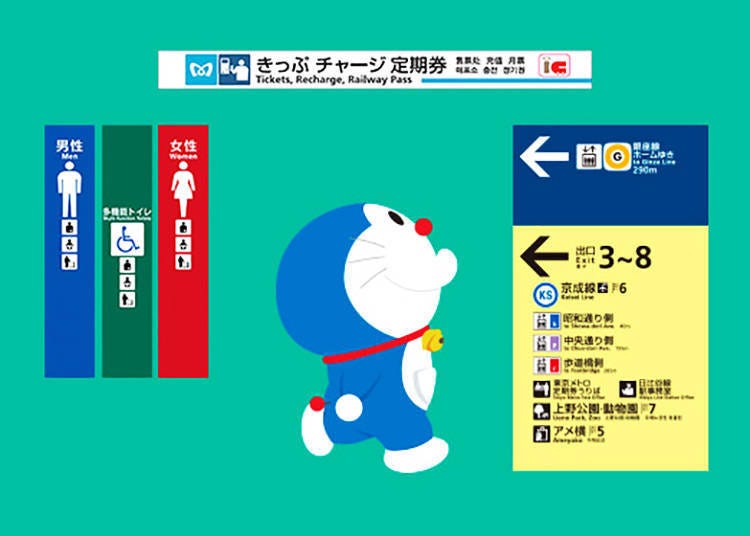 Doraemon spots two international tourists who are trying to figure out which one of the many exits to take.
Tokyo Metro is striving to make their station premises more international by adding multilingual signs and pictograms for exits, ticket vending machines and counters, toilets, and so on. This is sure to make navigating Tokyo’s massive stations a lot easier without the need to ask local Japanese people for help.

The new leaflet “Tokyo Metro Guide” is now also available in all stations, in various languages: English, Chinese (traditional and simplified), Korean, and Thai. It offers helpful information on coupons and special campaigns, sightseeing spots along the metro lines, and more. On the official website, you can also find a French and Spanish version of said leaflet, so don’t hesitate to take a look – you’re likely to discover a unique spot to add to your sightseeing tour! 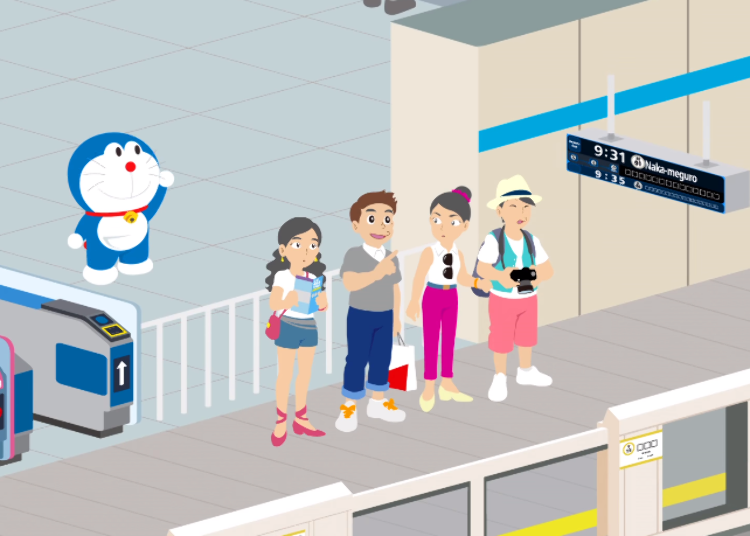 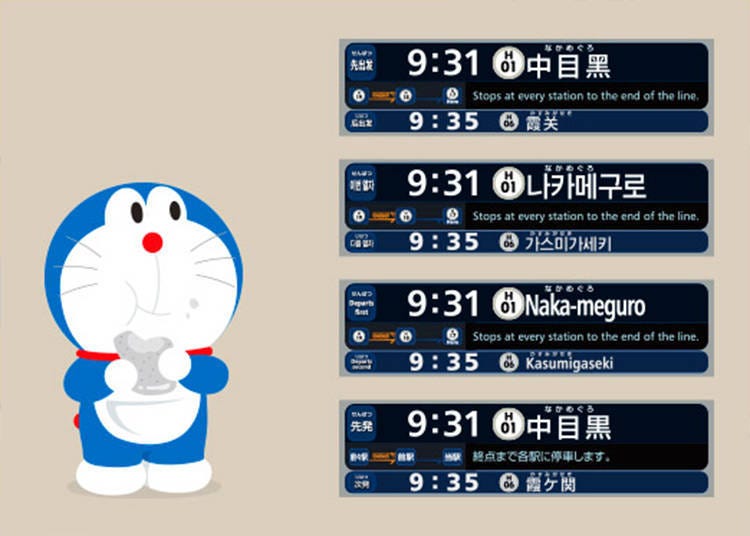 The electronic notice board on the platforms also change the displayed language at regular intervals. It does somehow seem like one of Doraemon’s gadgets, doesn’t it? On top of that, Tokyo Metro also offers its very own app for easy transit search that also works offline, called “Tokyo Subway Navigation for Tourists.” Just download it before your trip or via free Wi-Fi and you won’t have to worry about getting around anymore! 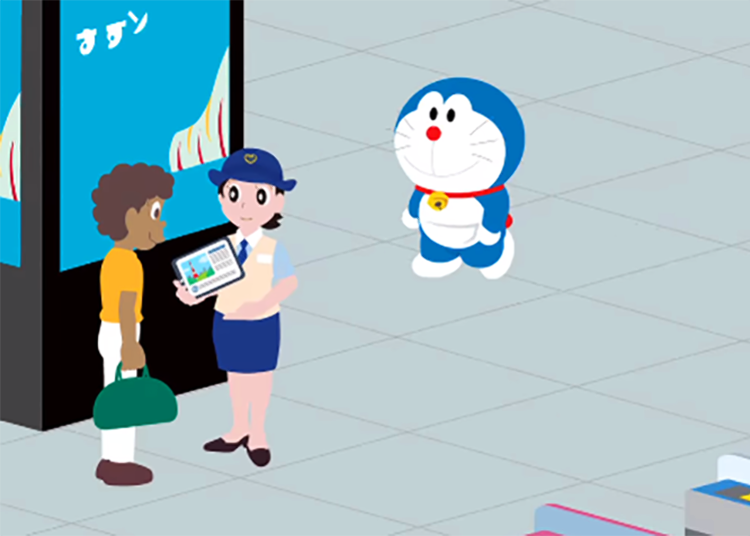 If you do get lost on the station premises, don’t hesitate to approach the staff. At all Tokyo Metro ticket gates, commuter ticket counters, information centers, and lost and found centers, the staff use iPads with speech translation software to communicate in multiple languages. 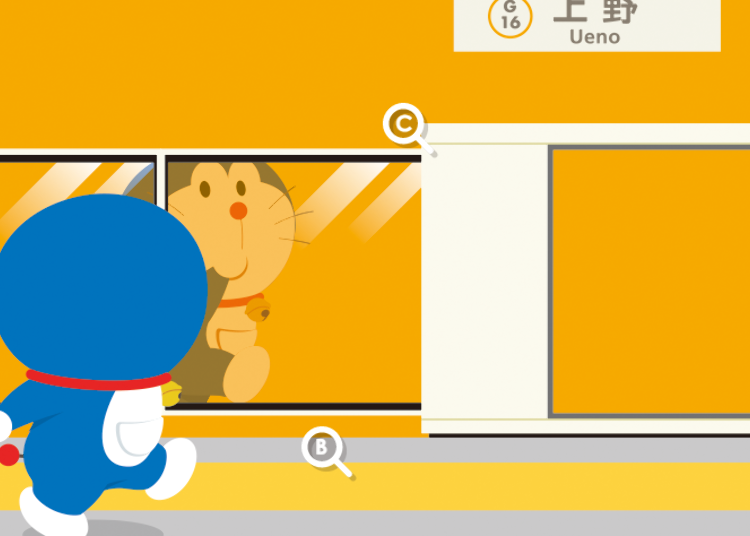 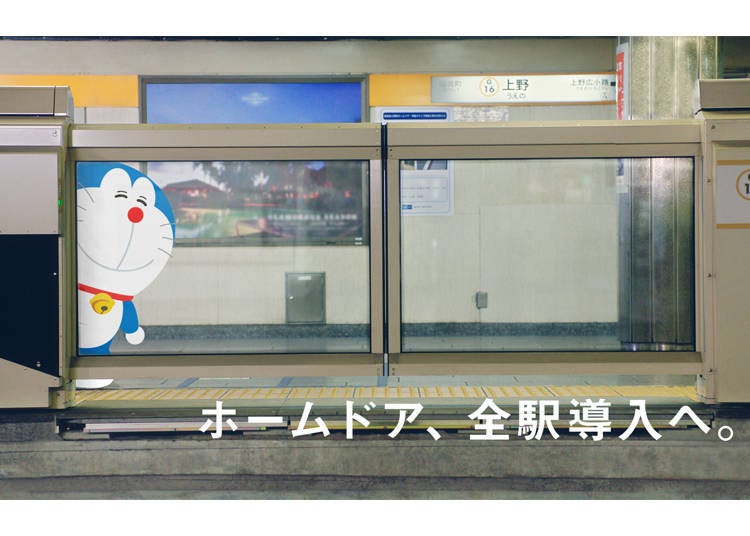 Doraemon discovers the platform doors. These doors are common in Japanese train stations and are installed to prevent passengers from accidentally falling on the tracks or being brushed by a passing train. Tokyo Metro’s declared goal is zero accidents on platforms, so the company is working to have these platform doors installed at every single station. Besides, who knows what you will discover while waiting for the train! 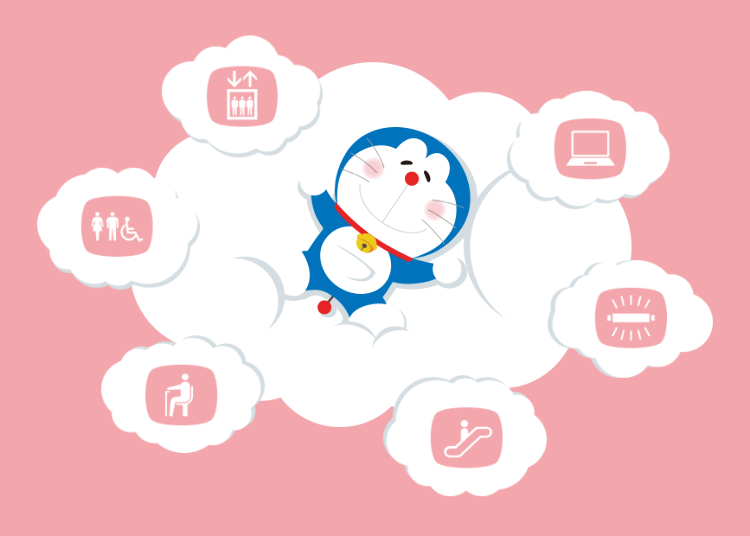 Doraemon can be found in all kinds of places all around Tokyo Metro stations, both in Japanese and English, so keep your eyes open! Also, the official SusuMetro! website is available in English, Chinese (traditional and simplified), Korean, Thai, French, and Spanish. 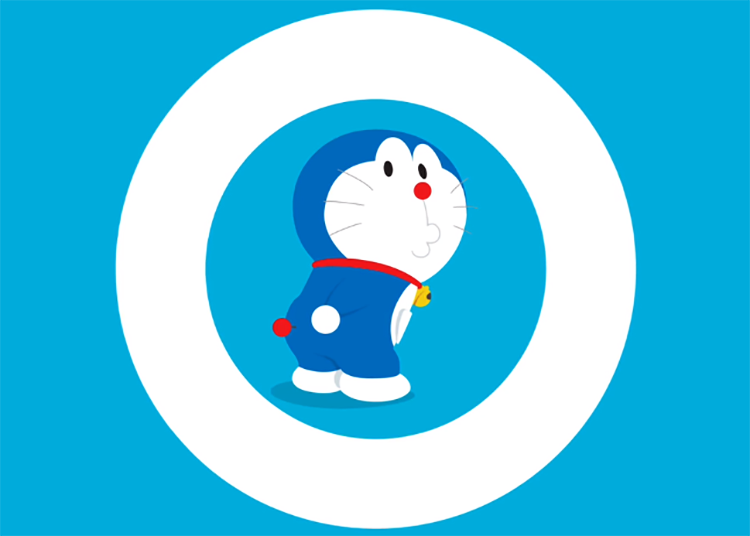 About Tokyo Metro
Under the concept of “Comfort = Safety & Service,” Tokyo Metro strives to improve the quality of its subway, both on a personal and a technical level, for example by improving the service and support by station staff, introducing new train models on its lines, and renovating station facilities.
“Comfort of the Highest International Standards” is the goal of these endeavors.

SusuMetro! Official Website
*This information is from the time of this article's publication.
*Prices and options mentioned are subject to change.
*Unless stated otherwise, all prices include tax.