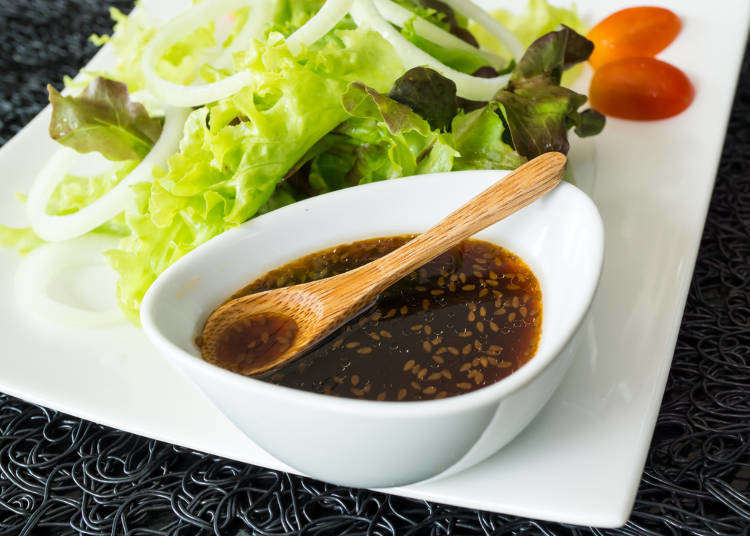 Loved by Young and Old: The Culinary Roots of Japan's Favorite Sauces and Seasonings

In recent years, stumbling upon Japanese sauces and seasonings in supermarkets all over the world has become very common, with soy sauce probably being the most prominent one. Even things like mayonnaise by Japanese makers can be found in the aisles, and mayonnaise really isn’t traditionally Japanese!

Did you know? Japan has quite a lot of sauces and seasonings that are based on culinary creations from all over the world but adapted to the Japanese taste in their own unique way. Some of those adaptions have also become quite popular with international gourmets. Let’s take a look at some of them! 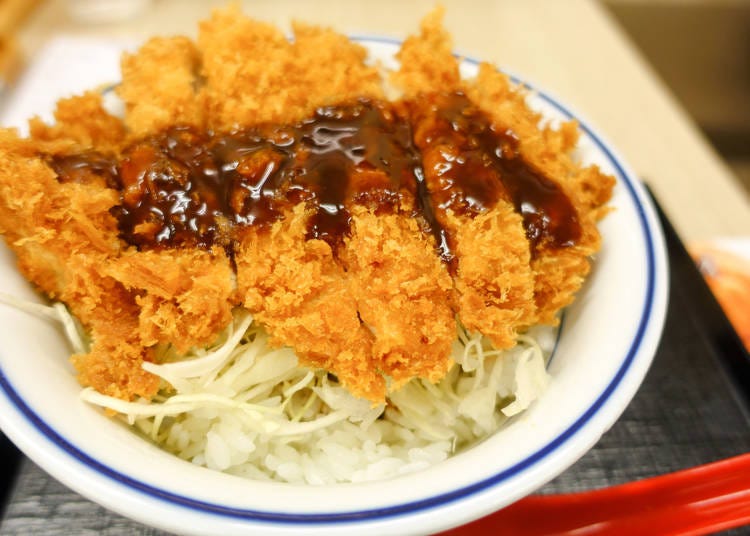 Japan started to import Lea& Perrins Worcestershire Sauce in the year of 1900. It did not take long until the country started producing its own sauce, based on the original by Lea & Perrins but the recipe was of course a well-guarded secret and no one really knew what the ingredients were... With some guessing, the first Japanese Worcestershire sauce was made with vegetables, fruits, sugar, vinegar, salt, and a variety of spices – the same sauce that is sold in Japan today.

The biggest difference from the original Worcestershire sauce from the United Kingdom is the use of anchovies. Japanese sauce never used any and thus resulted in a rather different taste of the final product. However, it seems that due to its peculiar taste, it is often used as a “secret ingredient” to refine certain dishes. On the other hand, Japanese Worcestershire sauce is popular as the base taste for a variety of culinary creations. 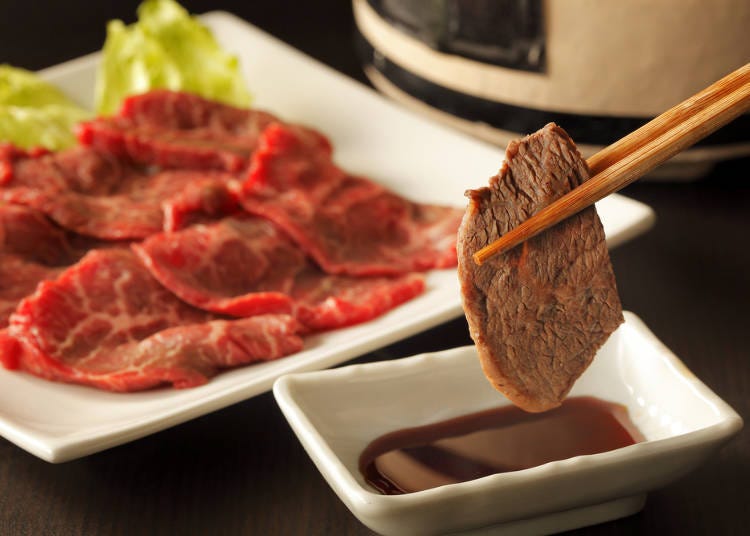 A well-beloved dish in Japan is yakiniku, or barbecued meat, and it actually was imported from Korea. Thus, yakiniku is often called Korean-style barbecue; the meat being marinated one day before being grilled is characteristic of this dish. However, due to dishes like shabu-shabu (a kind of fondue) or sukiyaki (a hot pot like dish), Japanese people, are used to eating meat with some dip or sauce on the side.

As such the invention of “yakiniku no tare,” barbecue sauce, can be attributed to the country’s food culture, adapting the dish from Korea to the tastes of Japan. In 1965 this sauce was originally started being sold as “Stamina Sauce” by the Kamikita Agricultural Products Manufacturing Agricultural Cooperative, or KNK in short, and is regarded as the original yakiniku no tare.

Following this, another company called EBARA Foods Industry Inc. created their own barbecue sauce called “EBARA yakiniku no tare,” bringing the unique taste of yakiniku specialty stores to households all over Japan and thus popularizing the dish. It seems like this particular sauce has crossed the ocean and gained popularity in Korea as well, the original home of yakiniku. Thus, as far as seasonings and sauces go, it is an excellent representative of reverse import. 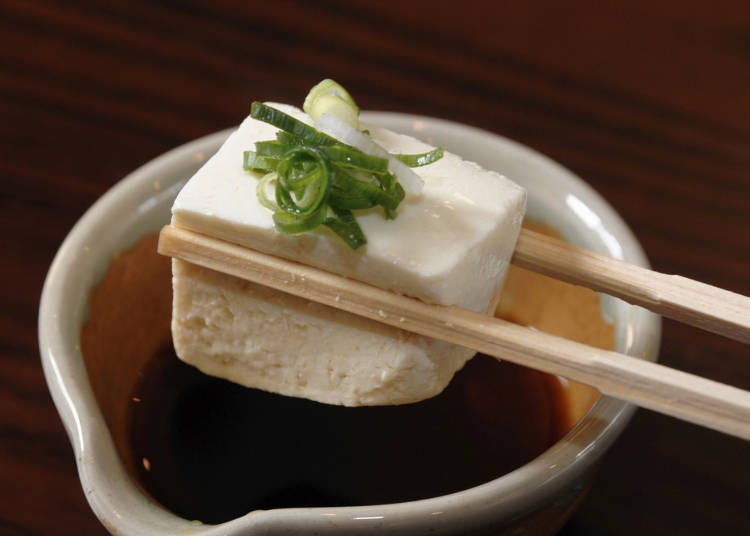 Ponzu, citrus-seasoned soy sauce, is a staple when it comes to Japanese seasonings and sauces. Who would have thought that it actually comes from Holland? The word “pon” in “ponzu” is derived from the Dutch word “pons,” which means “punch” in English. Punch as in the alcoholic beverage made with a spirit, juice, and sugar, not the kind of punch that people take to the face. The Dutch people seemed to have enjoyed some nice pons to fight the summer heat.

Pons was introduced to Japan in the Edo period but it didn’t become known as an alcoholic beverage but rather as a citrus juice called “ponzu.” This ponzu was made from the juice of bitter oranges called daidai and no sugar or alcohol was added. As such the purpose of the original pons changed from a drink to a seasoning as it became ponzu in Japan.

Ponzu, in the narrow sense, is citrus fruit juice refined with acetic acid. However, soy sauce infused with ponzu is also referred to as just ponzu. As mentioned earlier, ponzu is one of Japan’s most popular seasonings and sauces, along with soy sauce. It seems that even shochu is enjoyed with a bit of ponzu mixed in it – and regarding the sauce’s origin as an alcoholic drink, this is probably just a natural consequence.

Japanese-style Salad Dressing on Kitchen Tables all Around Japan 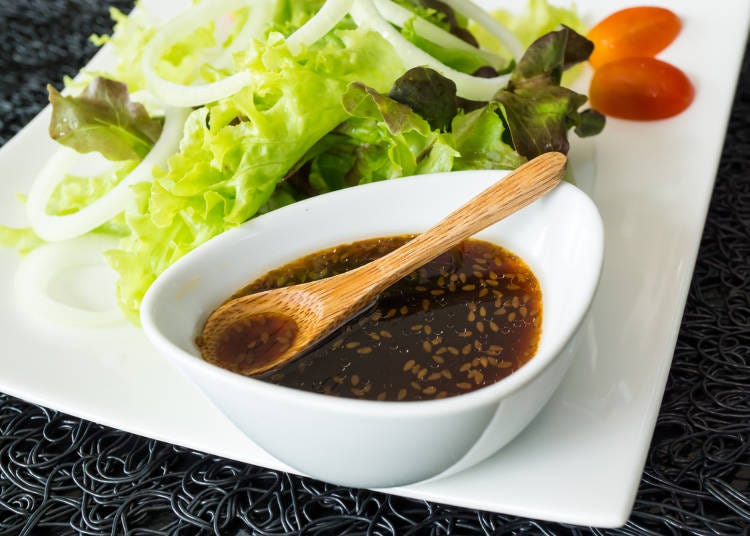 In convenience stores and restaurants all over Japan you will find the “wafuu dressing,” or Japanese-style dressing. It is generally based on soy sauce but actually can be made out of all kinds of different ingredients. Seaweed, perilla, grated ginger, umeboshi (pickled plum), wasabi, sesame, yuzu ... all of these flavors can be considered Japanese-style dressing.

The original salad dressing, around since before Christ, is only made from vinegar and oil. In 1958, Kewpie was the first company to sell salad dressing in Japan – French dressing. Back then, no one really knew what it was, so the sales seemed to be rather low. 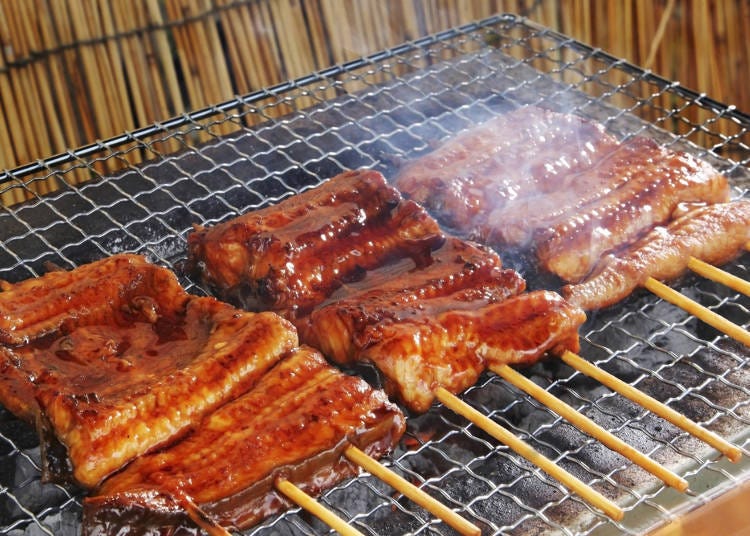 Another condiment of Japanese cuisine is mirin, used to bring out the unique flavor and richness of the ingredients used for cooking. It is a type of rice wine that was born during the turbulent Sengoku period when samurai feudal lords fought fierce civil wars for the domination of Japan. While many people believe that mirin was invented by adding alcohol to sweet liquors such as white sake to prevent decay, the seasoning is said to have actually been imported from China, then as a sake with honey dribbled in it.

In the Edo period, people enjoyed mirin as a drink and it is said to have been particularly popular among women and non-drinkers. At the end of the era, it had also gained popularity as a sauce for eel and soba noodles – thus it transformed into a seasoning. From the Meiji period to the World War II, mirin was considered somewhat of a luxury ingredient, used in high-class restaurants and eateries. In the 1950s, after the price of mirin had drastically dropped, it became a condiment in households throughout Japan.

By the way: mirin made via the old method, by saccharification (the process of breaking down a complex carbohydrate) and fermentation during a ripening period, is called “hon mirin,” or true mirin. Its alcohol content is around 14%. Be aware that “mirin-like seasoning” is also sold at supermarkets for relatively cheap prices – these kinds of cooking sake are different from true mirin, both in its production as well as in the used ingredients. Thus, it also tastes entirely different.

Were you surprised? You might have known about one or the other sauce or seasoning that you thought was inherently Japanese, or had no idea that a sauce tasted different in Japan than in the rest of the world! Nonetheless, all of them had a great influence on cooking at the time of their introduction and adaption. Let’s see what kind of spices, sauces, and seasonings make their way into the world of Japanese cuisine next!

10 Japanese Spices & Condiments You Have to Try Right Now!
Quick & Easy Japanese recipes!
*This information is from the time of this article's publication.
*Prices and options mentioned are subject to change.
*Unless stated otherwise, all prices include tax.