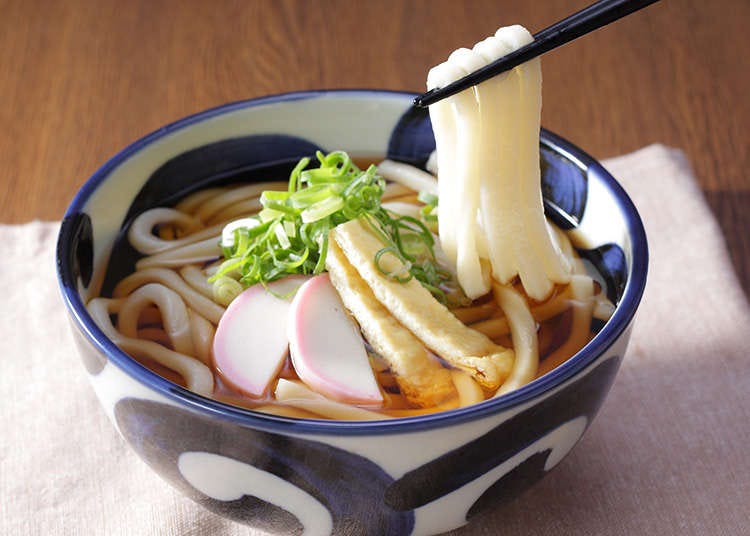 Let's go over udon and soba, which are typical noodles of Japan.

Look up establishments by Udon & Soba

Udon and Soba in Japan 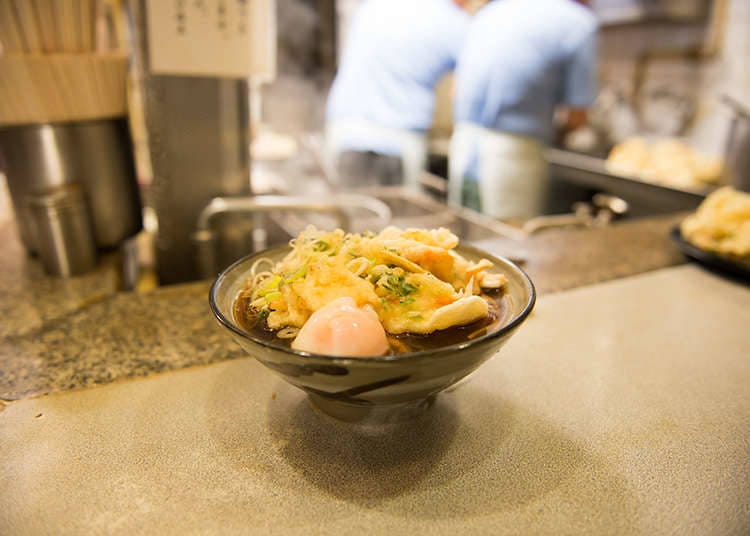 The Flavor of Soups 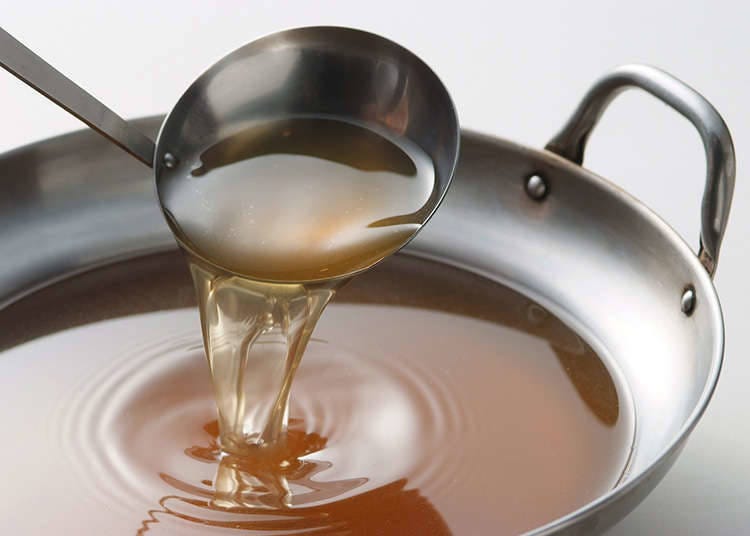 The flavor of soups used in soba and udon are different depending on the region. There is a clear difference in soups between the Kansai region and Kanto region. In the Kansai region, it has firm taste of dashi stock, thin color and simple flavor. In the Kanto region, both its color and flavor are strong, with a dried bonito based soy sauce taste. 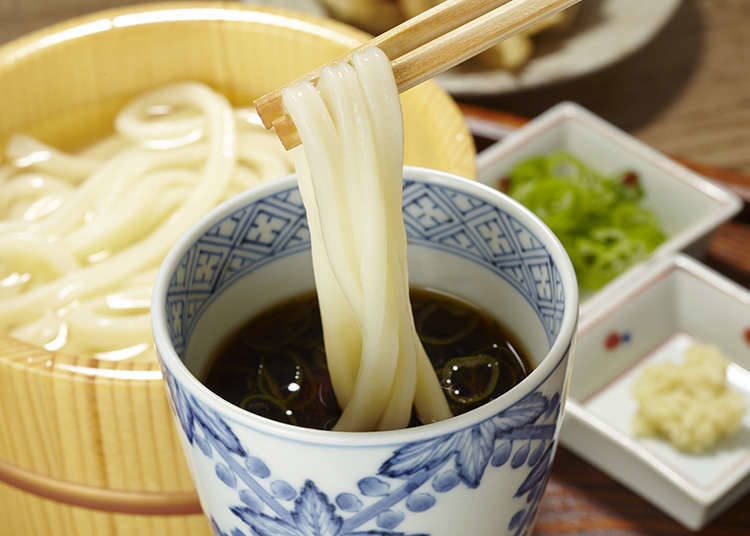 Udon is a noodle dish made from wheat flour. Dough is made by kneading flour and salt, which is cut thin to make noodles, boiled and eaten. Udon can be eaten cold or hot, so it's easy to make variations. 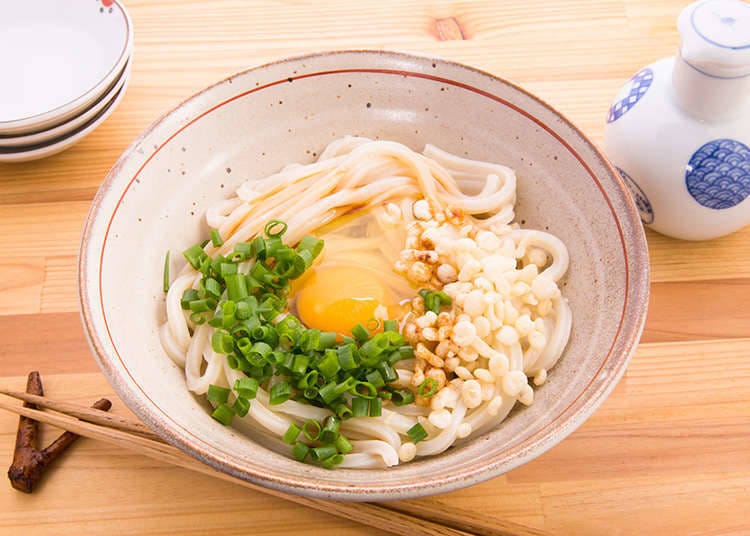 Sanuki is what is currently known as Kagawa Prefecture. Its annual consumption of udon per capita is the largest in Japan. One characteristic of Sanuki udon is the chewy, smooth, strong noodles. The basic type of Sanuki udon is "Kijoyu udon", where boiled udon is eaten immediately after pouring soy sauce on it. Another characteristic is that many people in Kagawa put a small amount of strong soup with the noodles, compared to other regions. 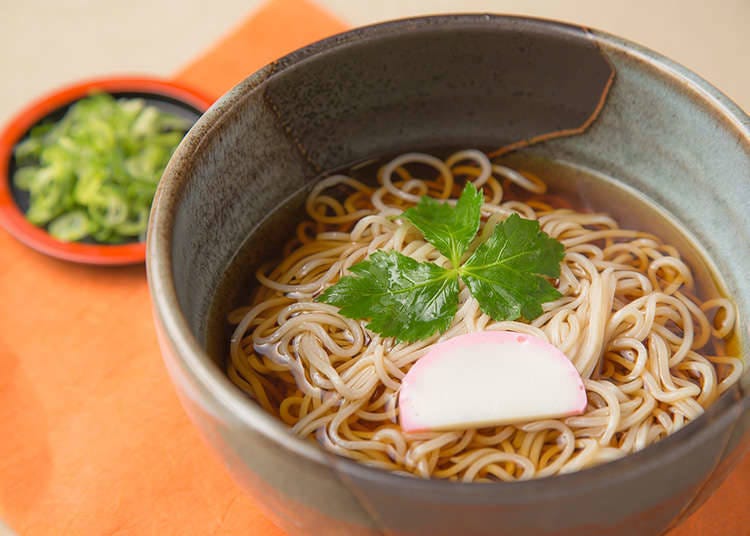 Soba is a noodle dish whose main ingredient is buckwheat, which is made by grinding buckwheat seeds. You can enjoy its unique flavor by eating cold soba. Buckwheat seeds are harvested twice a year; in spring and in autumn. Soba made with fresh buckwheat seeds is called "Shinsoba" (new buckwheat noodles), which has exceptional flavor and taste.

How to Eat Soba 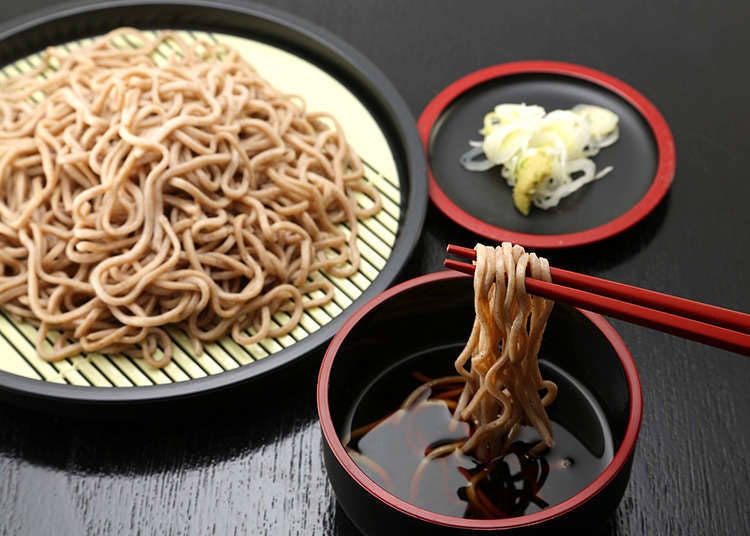 When eating soba, it's okay to slurp noisily. If you put air into your mouth together with the soba, its flavor is brought out. You can also drink the soup used for eating soba after adding "Sobayu", the hot water used for boiling soba. Sobayu is often served for free if you ask the staff.

Look up establishments by Udon & Soba
*This information is from the time of this article's publication.
*Prices and options mentioned are subject to change.
*Unless stated otherwise, all prices include tax.