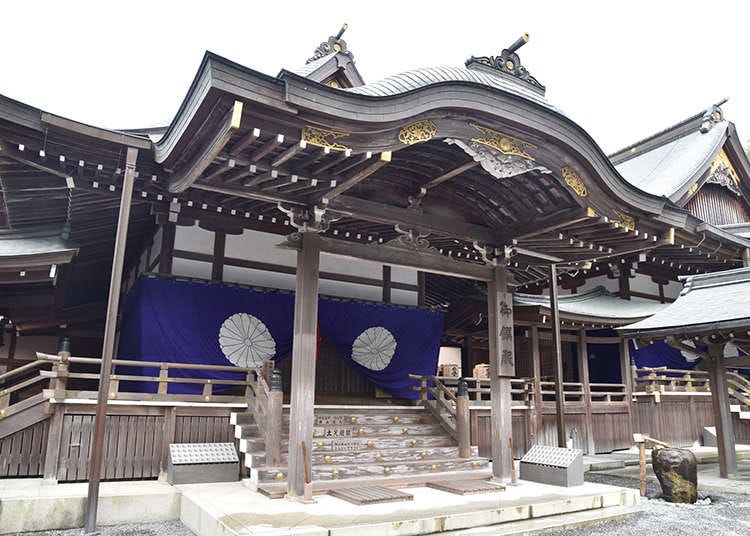 The Architecture of Japanese Shrines and Temples

Japan is littered with shrines and temples, not only in the countryside、 but also in major cities such as Tokyo and Osaka. While a Shinto shrine can also consist of only a small monument erected in the middle of a bamboo grove, on a mountain slope, or just next to a road, big shrines, those maintained by priests and priestesses, all follow the same scheme of construction.

Architectural Styles of Shrines and Temples 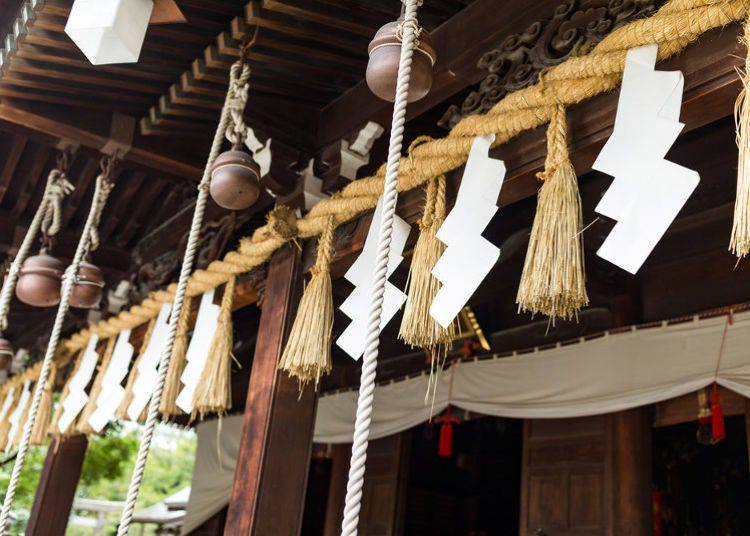 Shrines and temples are built in different architectural styles which can often be distinguished by the form of the roof. These styles are generally called ‘zukuri,’ deriving from the Japanese word ‘tsukuru,’ to build or to make. The architecture of shrines and temples changes with the passing of time, being influenced by both distinctive Chinese architecture as well as Buddhist styles. Let’s take a look at some of the most prominent styles. 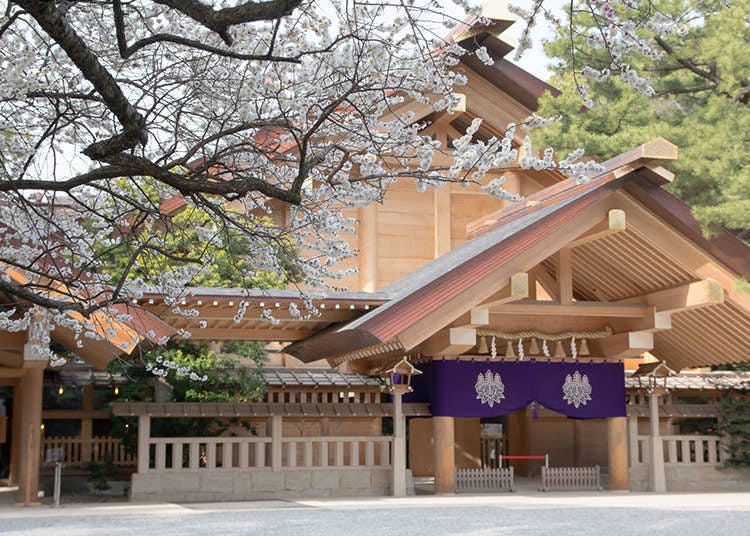 The most prominent representative of shinmei-zukuri might also be the most prominent Shinto shrine in all iof Japan: the Ise Grand Shrine in Mie Prefecture. This style relies on simplicity and is derived from old Japanese style of building, its roots dating back to the Kofun period (250 - 538). Built with unfinished wood, Shinmei-zukuri shrines are furthermore distinguished by the gabled roof with decorative logs called ‘chigi’ and ‘katsuogi,’ as well as the raised floor. 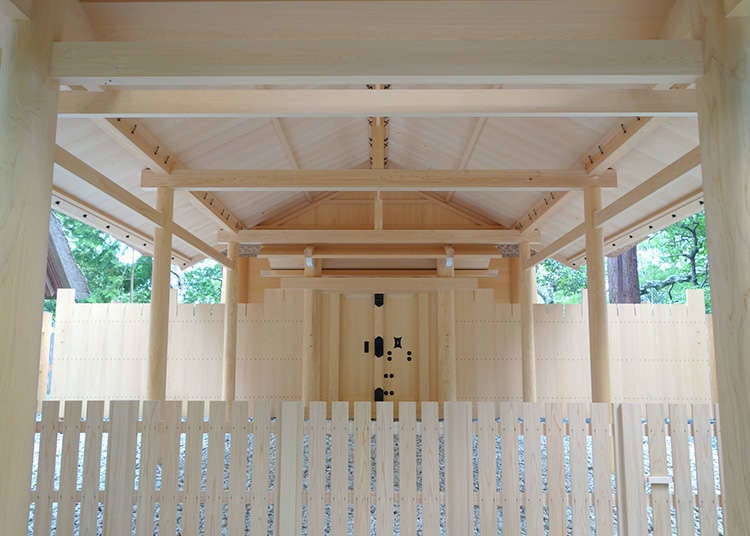 This is the oldest style regarding Shinto shrine architecture and is easily confused with Shinmei-zukuri, if one doesn’t know how to spot the differences. Having been born from the ancient ways of home and storehouse construction, Taisha-zukuri is known for its distrinctive single central pillar called the shin no mihashira, its gabled roof, as well as the decorative logs that can also be found in Shinmei-zukuri. The most famous shrine built in this style is the Izumo Taisha, which is also its name giver. The famous Izumo-taisha, located in Shimane Prefecture, is built in a slight variation of the classic Taisha-zukuri style – the shrine’s beautiful gabled roof is curved instead of straight.

The Beauty of the Phoenix Hall

Often called Japan’s most beautiful building, the Phoenix Hall, or Houou-do, is an astonishing work of Japanese architecture. While not built in one significant style, it was instead inspired by the lavish and luxurious villas of Japanese nobility. Its original name is Amida-dō but it soon became famous as the Phoenix Hall mainly due to its unique shape, resembling a phoenix spreading its wings. Gracing the Japanese 10 yen coin, this Kyoto attraction is a marvelous example of unique Japanese architecture.

Characteristics of Shrines and Temples 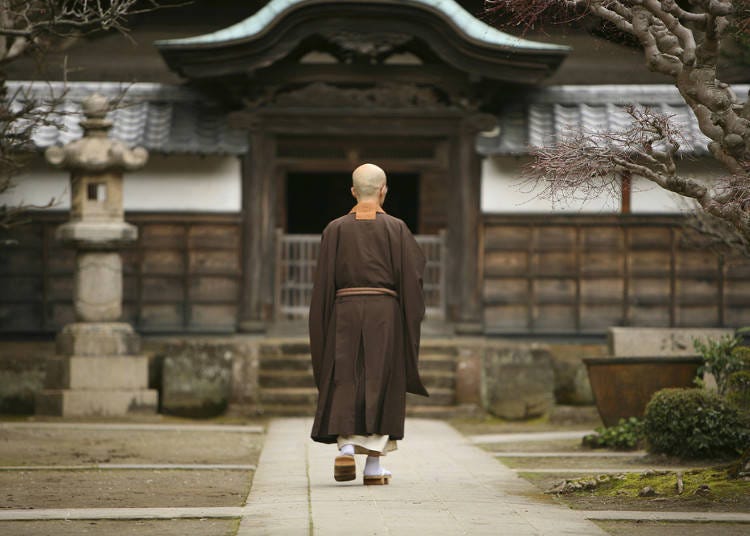 There are certain characteristic decorations, buildings, and ornaments found on the precincts of shrines and temples all over Japan. Let’s take a look at some of the most common ones.

Torii 鳥居 – literally called bird gate, the torii marks the entrance to a Shinto shrine and thus separates the sacred realm of kami and the worldly realm. While there can be more than one – the Fushimi Inari Taisha shrine in Kyoto has a path leading up to the main building that is made up by over 10,000 torii – almost every shrine has at least one torii. When you pass a torii, make sure to do so on its sides, as it is believed that kami pass through in the center.

Sando 参道 – lined with lanterns and other decorations often unique to the kami worshipped, the sando, or visiting path, is walked by worshippers to prepare for the actual shrine visit. Calmness of the heart, makoto, is asked of everyone that wishes to communicate with a kami.

Temizuya 手水舎 – also called chozuya, this water-filled basin is used for purification and is found at both shrines and temples. Worshippers clean their hands and their mouth with a wooden ladle before approaching the main hall.

Toro 灯籠 – the stone lanterns lining the sando are a reference to the Buddhist concept of the elements. Each lantern represents earth, water, fire, wind, and spirit by different segments, reminding us that after death, our bodies will go back to their elemental form.

Kagura-den 神楽殿 – the kagura-den is a building where the sacred dance called kagura takes place during ceremonies and celebrations. On certain occasions, it is also used for weddings as well as Noh plays. Kagura-den can only be found at shrines and not at Buddhist temples.

Ema 絵馬 – these wooden plaques found at both shrines and temples serve as a place where worshippers write their wishes on, so that the kami may read and ultimately grant them. These plaques are often decorated with small paintings, often unique to the shrine or temple they’re being sold at.

Komainu 狛犬 – these creatures that seem to be a mixture of lion and dogs usually guard the inner shrine, warding off any evil that desires entry to the shrine. Sometimes, however, these guardian deities come in other shapes, such as foxes at Inari shrines or even cattle at shrines dedicated to Tenmangu.

Haiden 拝殿 – placed in front of the main sanctuary, the haiden is an oratory, or hall of worship. This is where worshippers perform ceremonies and pray to the kami. Between the haiden and the main hall, a so-called heiden can be found, acting as a hall of offerings.

Tamagaki 玉垣 – this fence surrounds the main building of the shrine in which the kami is enshrined.

Honden 本殿 – the main hall of the Shinto shrine is where the kami resides, most often represented by a mirror or a statue of the kami itself. This hall is off-limits to the public, being the most sacred place and the heart of the shrine. In Buddhist temples, an image of the Buddhist deity the temple is dedicated to can be found in the main hall.

Chigi 千木 and katsuogi 鰹木 – these ornaments are used to decorate the roof of the main hall of the shrine. These forked roof finials and ornaments are exclusive to Shinto shrines and help distinguishing a Shinto shrine from a Buddhist building.