HOME Tokyo and Surroundings Tokyo Shinjuku Checking Out Tokyo's Samurai Museum: Get to Know the Spirit of Japan’s Ancient Warriors 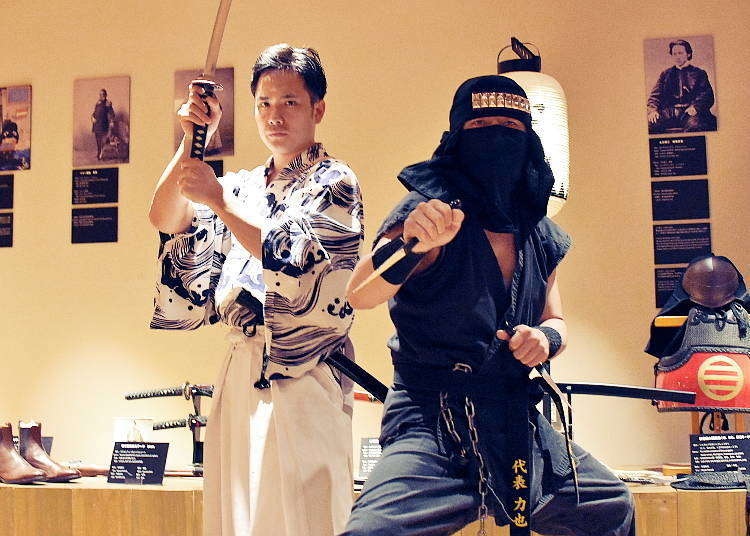 Checking Out Tokyo's Samurai Museum: Get to Know the Spirit of Japan’s Ancient Warriors

Samurai are one of the most well-known icons of Japanese culture. Recognizable by their distinctive helmets and deadly katana weapons, these warriors were characterized by their extreme dedication to the belief of honor above life. Tokyo’s Samurai Museum provides deeper insight into this unique facet of Japanese culture to further understand what it truly meant to be a samurai in old Japan.

Samurai Museum offers visitors the chance to see real samurai armor and weapons up close, as well as in-depth educational tours in English, workshops, and exciting sword battle performances that showcase samurai actors in action! If you are interested in taking a samurai selfie, you even have the chance to wear some replica armor!

Where is Tokyo's Samurai Museum 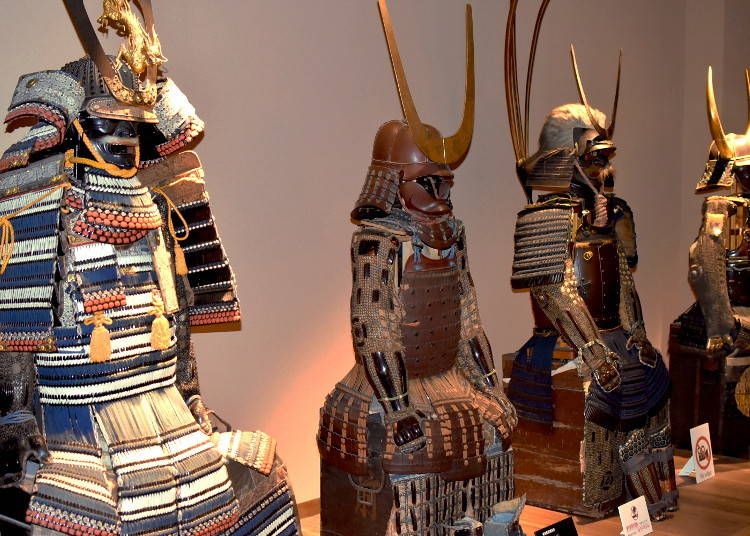 The Samurai Museum is located in the Kabukicho district in Shinjuku, an area known more for its nightly entertainment than cultural facilities.

However, make no mistake: for those with an interest in Japanese culture and history, this is one spot that is not to be missed! Just an eight-minute walk from Shinjuku Station, the museum is open daily between the hours of 10:30 a.m. and 9:00 p.m., with a last admission time of 8:30 p.m.

Admission fees are 1,800 yen for adults, 800 yen for children ages 4-12 and under, and free for children three and under. (Just be sure to wear clean socks as you'll be walking around without your shoes!) 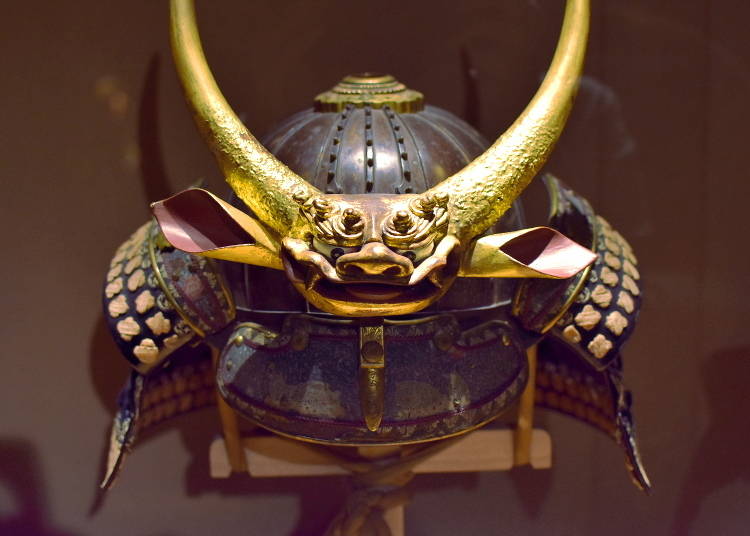 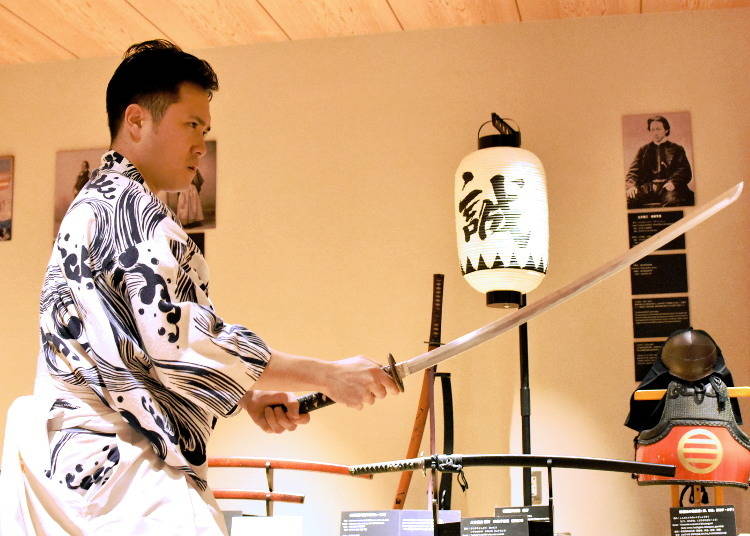 Whether you’re a Japanese history buff, a samurai movie fan, or know next to nothing about traditional Japan, Samurai Museum offers plenty to captivate any visitor who enters its doors. Visitors can view authentic samurai armor and weapons right up close. Tours conducted in English are entertaining as well as educational. Battle performances add an exciting theatrical element to the museum that you might not see elsewhere! 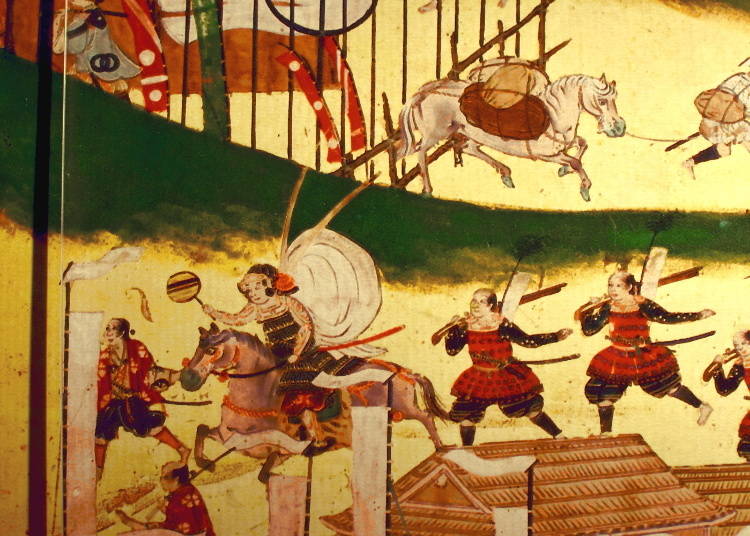 From the moment you enter the museum, you will be transported into the world of Japan’s samurai culture. A traditional painting depicting the Battle of Sekigahara faces a row of various styles of samurai armor. By following one of the guided tours, you can learn about the major events that took place during the era when samurai held a prominent place in society. Professional guides will teach you all about Bushido, the “way of the samurai,” and interesting facts about these warriors. Which animals and colors were thought to represent strength? Why did the samurai shave their heads? The answers to these questions and more are explained in detail. 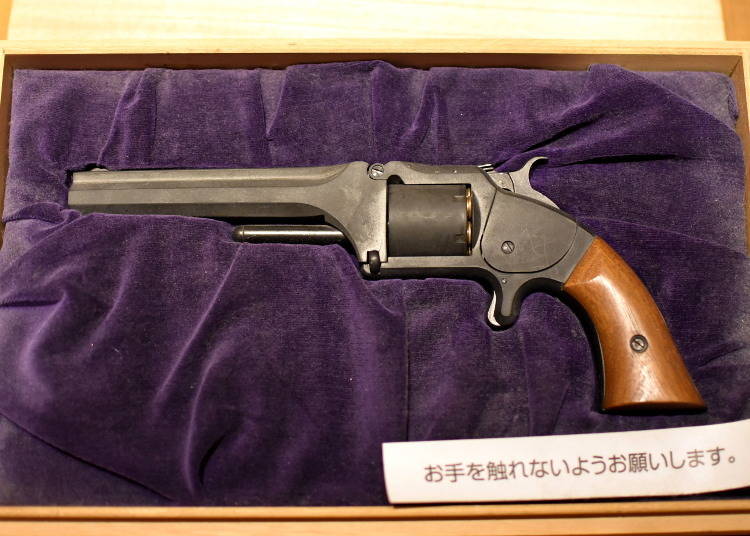 The second floor provides even further insight into the meaning of the word “samurai.” Learn what differentiates a samurai’s katana from other kinds of swords, and see various other relics. Did you know that guns were also used in Japan during the time of the samurai? View many different types of kabuto, the samurai helmets, and compare the armor used by different samurai classes. 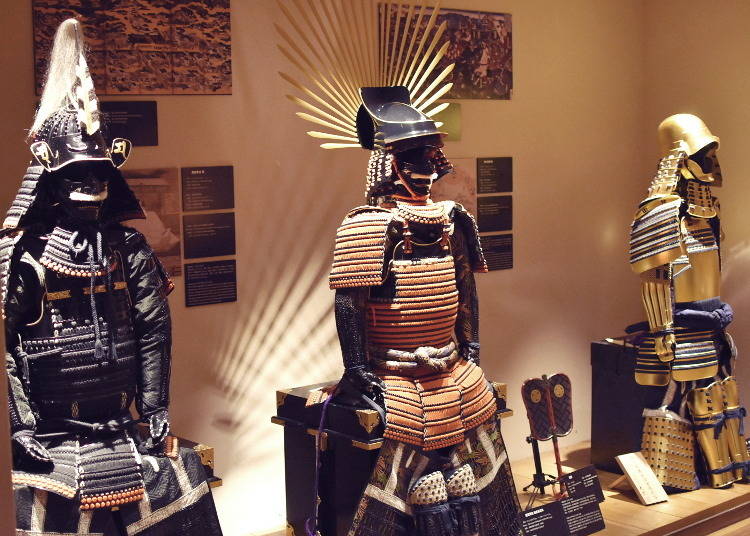 History fans will be especially interested in finding out more about Japan’s three most famous samurai: Oda Nobunaga, Toyotomi Hideyoshi, and Tokugawa Ieyasu. See what kind of armor each wore to battle, and learn how the style of each has been expressed through haiku poetry. 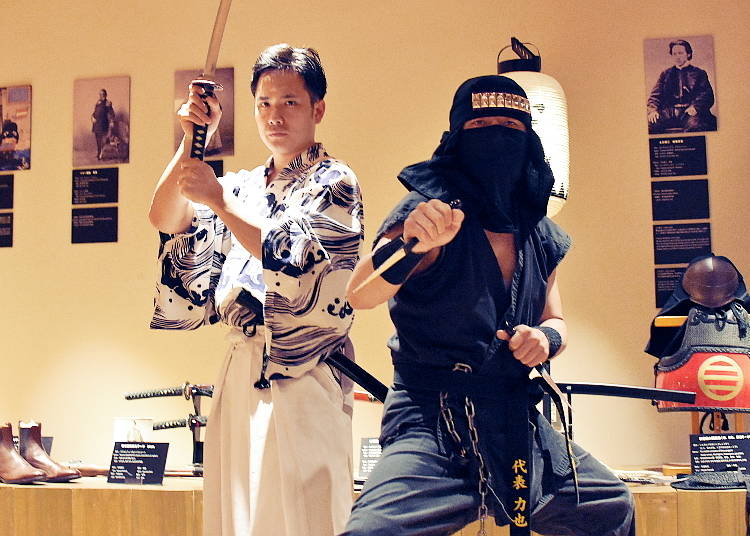 Four times a day, visitors are invited to view a thrilling battle right before their very eyes! Professionally trained samurai actors demonstrate fighting techniques using katana. However, samurai aren’t the only Japanese fighters to show their warrior moves; if you’re lucky you can catch a glimpse of a ninja! Who wins in the battle of ninja vs. samurai? You’ll just have to find out for yourself! Please be aware that the show is quite intense and realistic, so parents of small children may want to take that into account. 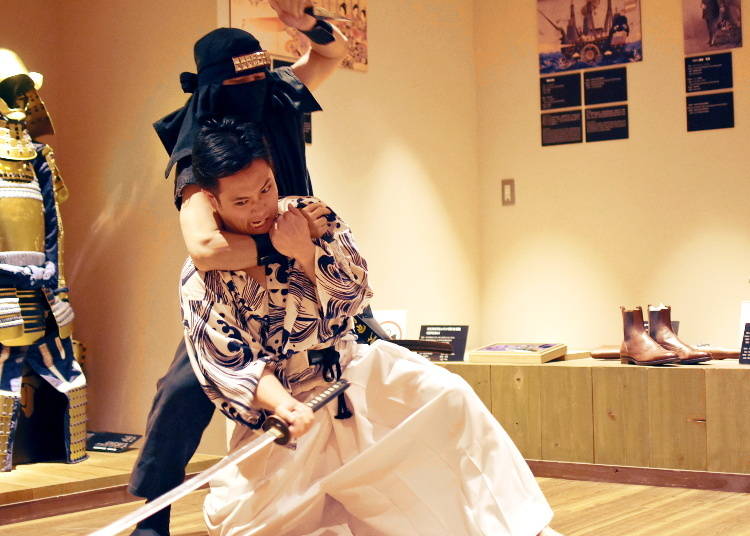 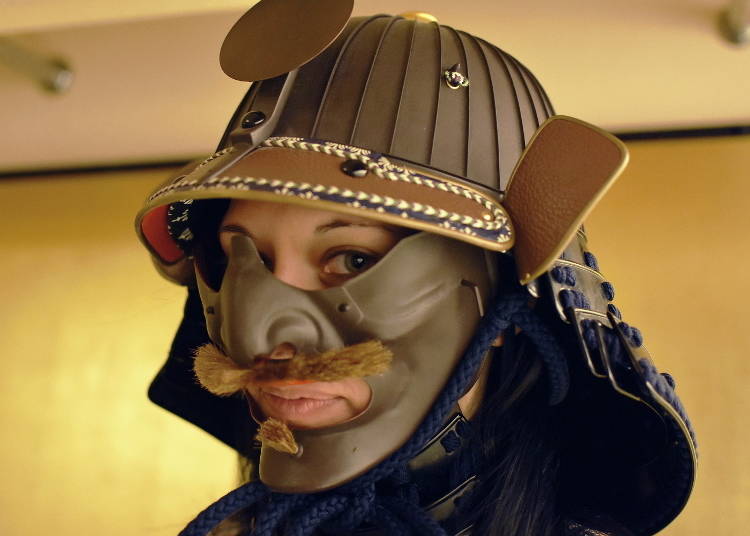 With the price of admission, every visitor to Samurai Museum has the chance to try on a kabuto (helmet) and a samurai costume for free and are invited to take pictures with their camera or smart phones. No reservation is required, and the service is offered throughout the day.

For an additional fee, visitors can opt for a “Sengoku style fully armed” photo shoot which includes photos as well as a CD-ROM containing the images. Prices range between 32,000 - 44,000 yen, depending on the armor chosen. In order to take part in this special samurai armor photoshoot, items must be prepared in advance, so be sure to book at least three days before your desired day. 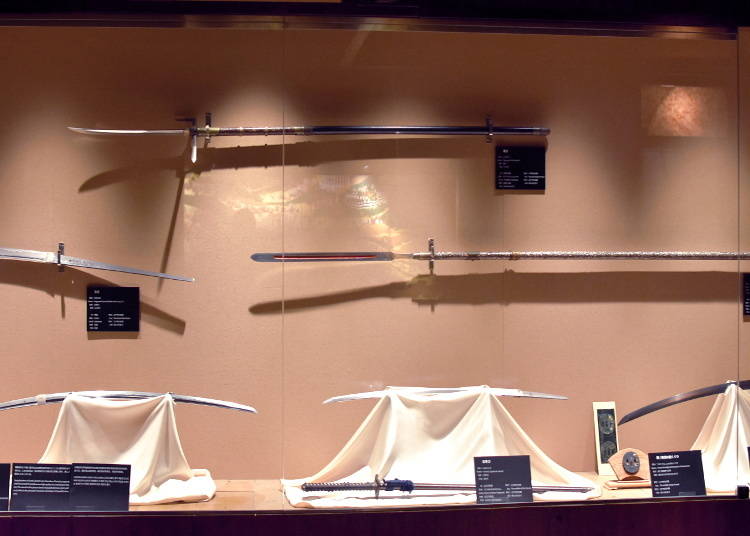 Whether you want to learn how to handle a katana or a traditional writing brush, visitors looking to further enhance their cultural experience at Samurai Museum have a couple of options. A hands-on Japanese Sword Course is offered, as well as a Samurai Calligraphy Lesson. Each lesson costs 5,000 yen per person and requires prior reservation by a minimum of two people. 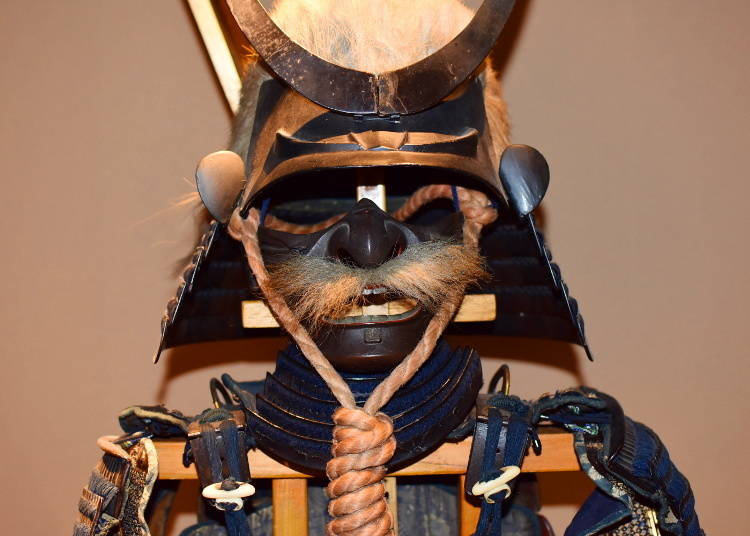 After viewing the many historical treasures that Samurai Museum has to offer, you may also want to stop by the gift shop and pick up some samurai-themed souvenirs to take home. Whether you take the tour, wear a kabuto, or participate in a class, your trip to Samurai Museum is sure to be an experience you won’t forget! 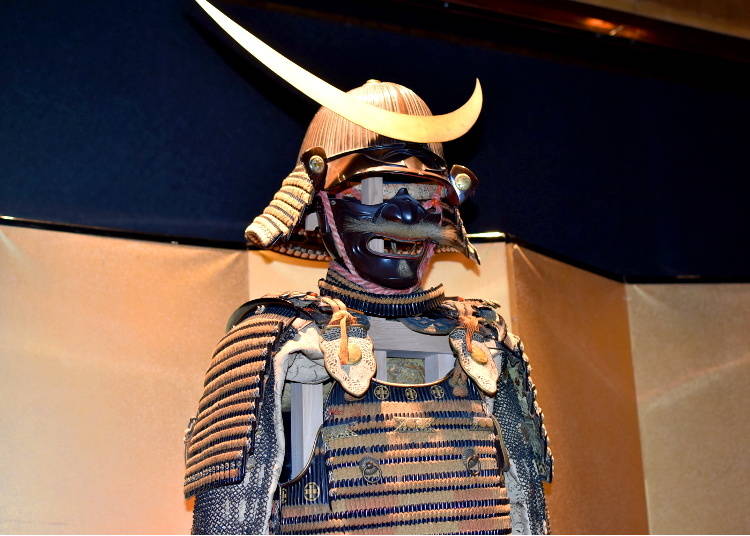 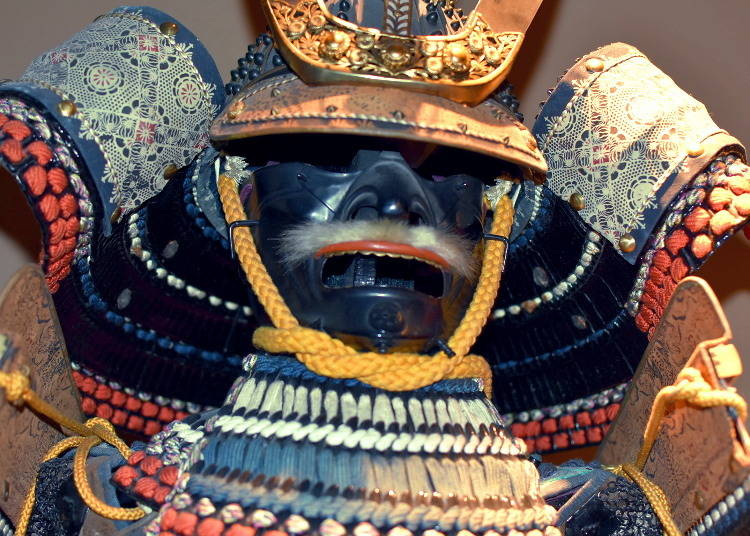