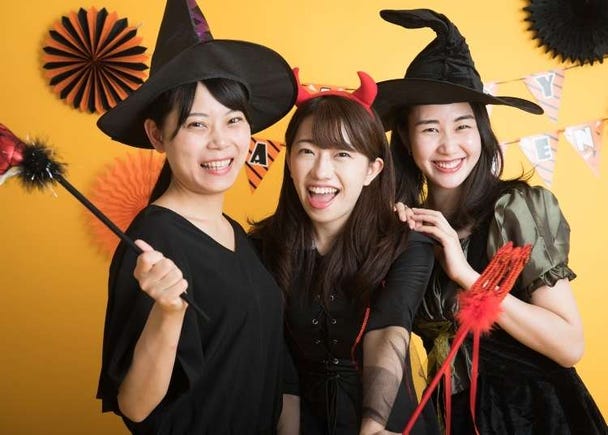 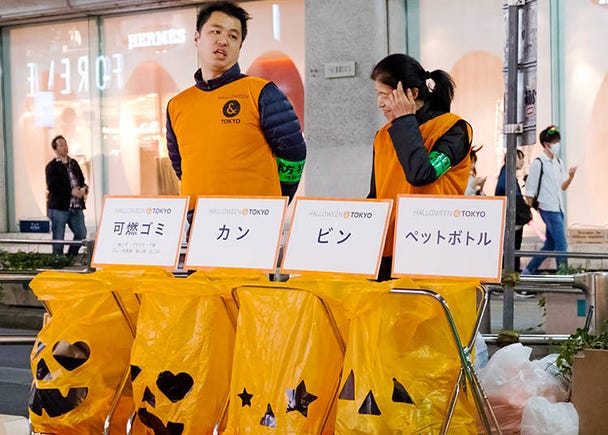 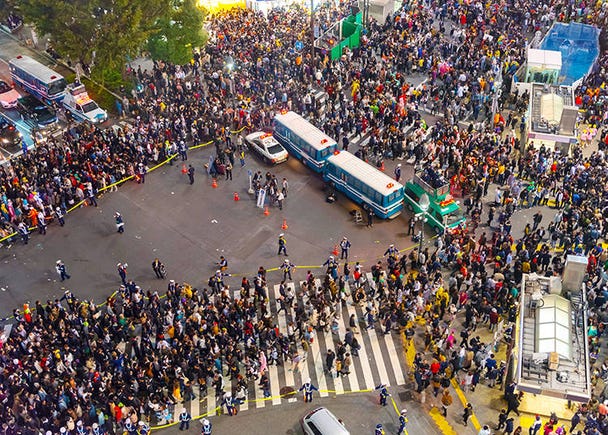 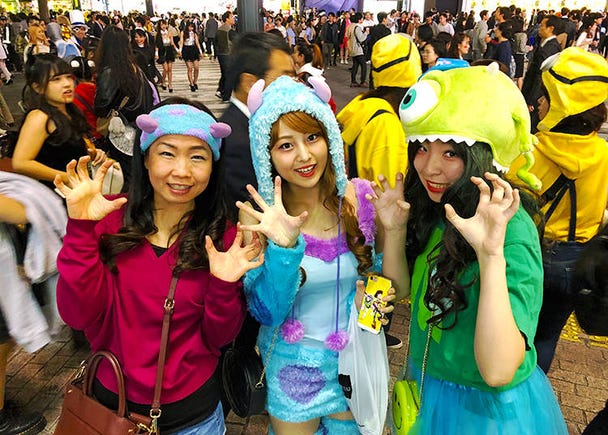 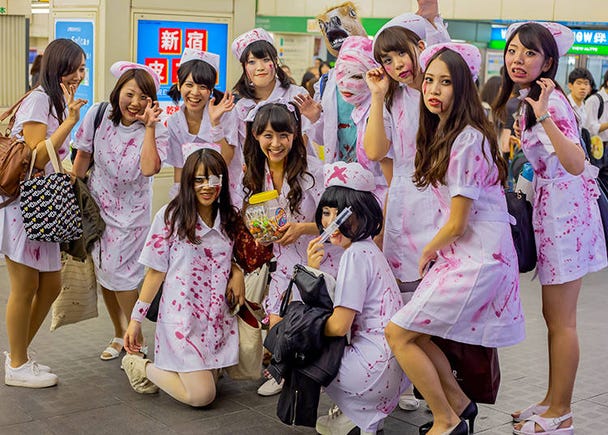 ・Characters at Tokyo Disneyland and Tokyo Disney Sea will be changing in fun, Halloween-themed ways, with a huge parade in the evening.
・TOKYO ONE PIECE TOWER, an indoor theme park dedicated to the hit ONE PIECE anime series, will run a Cosplay Photo Contest and other fun events during the Halloween month.
・At Sanrio Puroland, Hello Kitty and friends will be dressing up in adorable Halloween-themed outfits, while in the evening there will be frightful experiences to entertain young and old alike.
・Universal Studios Japan also runs special Halloween-themed rides, plus a haunted house and other ghostly attractions. 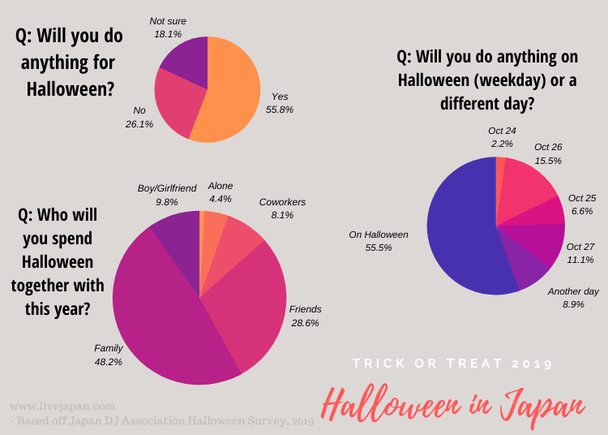 Beyond the Guidebook: 5 Expats Share Their Favorite Halloween Traditions in Japan!
Top 3 Spooky Foodie Spots Ready for Tokyo's Halloween 2019!
Halloween in Japan: A Colorful Cosplay Culture of its Own!
Shibuya Complete 1-Day Itinerary: All the must-see places in Shibuya for first-time visitors!

Book an unforgettable experience in Shibuya!

Party during the Halloween Costume Night in Tokyo!
*This information is from the time of this article's publication.
*Prices and options mentioned are subject to change.
*Unless stated otherwise, all prices include tax.