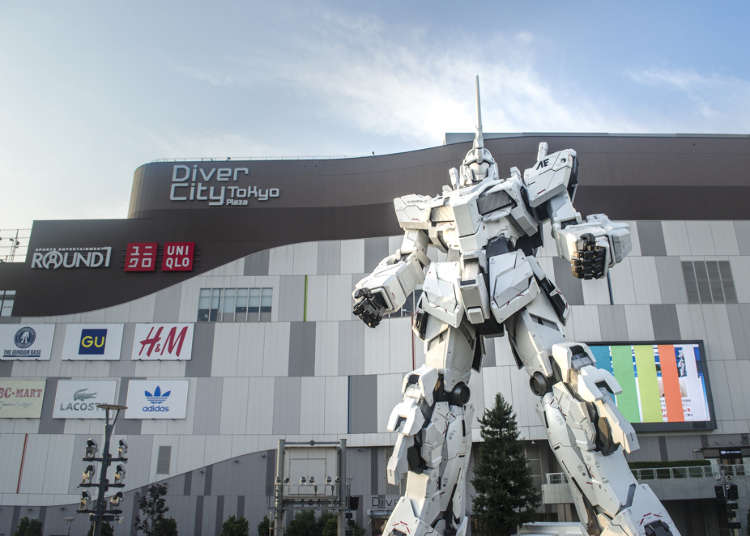 Visiting the life-size Gundam statue in Odaiba Tokyo is the best way to get a monumental dose of Japanese otaku and pop culture!

Gundam Odaiba: From Anime to Skyscraper 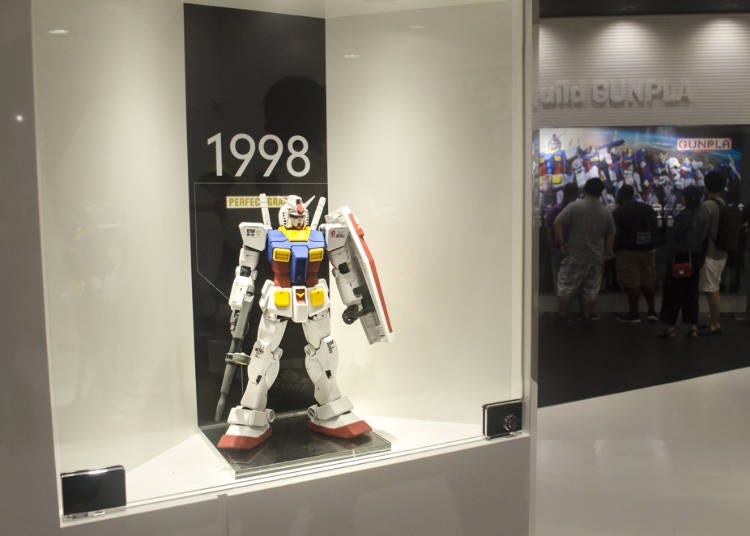 Gundam is iconic in Japan, and regardless if you watch anime or not, you should know the name. First released in 1979 as a television series, the Gundam Series franchise exploded to include manga, movies, plastic models and more.

The series is set in the future when humans have colonized space and use humanoid combat vehicles called Gundam mobile suits. Today Gundam is known around the world!

The Latest and Greatest Unicorn Gundam in Tokyo 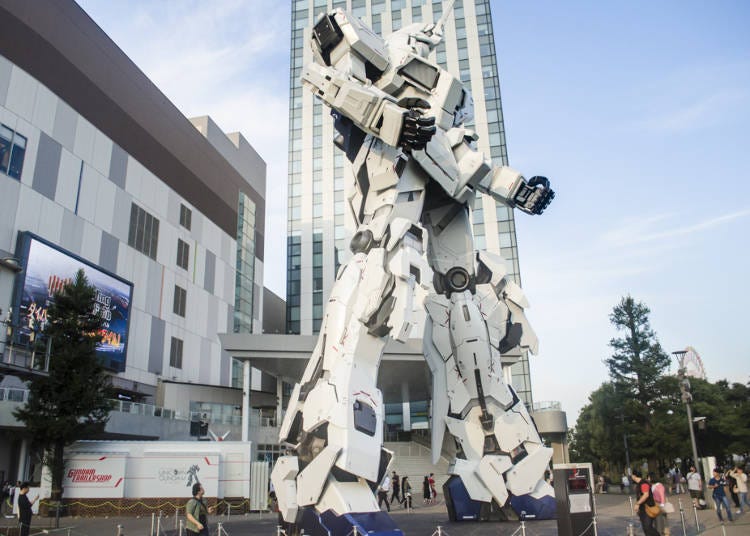 The Unicorn Gundam is the franchise’s newest attraction. The model is a replication of the RX-0 Unicorn Gundam from the novel and OVA Mobile Suit Gundam Unicorn. This grand display stands at 19.7 meters tall.

The Gundam is normally in Unicorn mode, marked by a white frame with a single antenna protruding from its head. At specified times, however, you can see the Gundam in Destroy mode, where its frame expands and emits a pink glow. You need to visit the Unicorn Gundam!

This isn't the first time a mobile suit graced the city. In 2009 an 18-meter tall RX-78-2 appeared for a limited time in Shiokaze Koen. The model was then reintroduced at Diver City in 2012 and was a popular site for fans and tourists alike until its dismantling this past spring in preparation for the Unicorn Gundam.

When Does the Odaiba Gundam Light Up?

The Unicorn Gundam definitely has some features worth seeing! You can watch the Unicorn Gundam transform from Unicorn mode to Destroy mode at any of the four daily shows. The showtimes are 11:00, 13:00, 15:00, and 17:00. Arrive 10 to 15 minutes early, so you can get a good spot for photos. We recommend the 17:00 show, where you might be able to include the beautiful sunset in your pictures.

In the evening, you can watch one of the night productions going on every 30 minutes starting from 19:30 until 21:30. 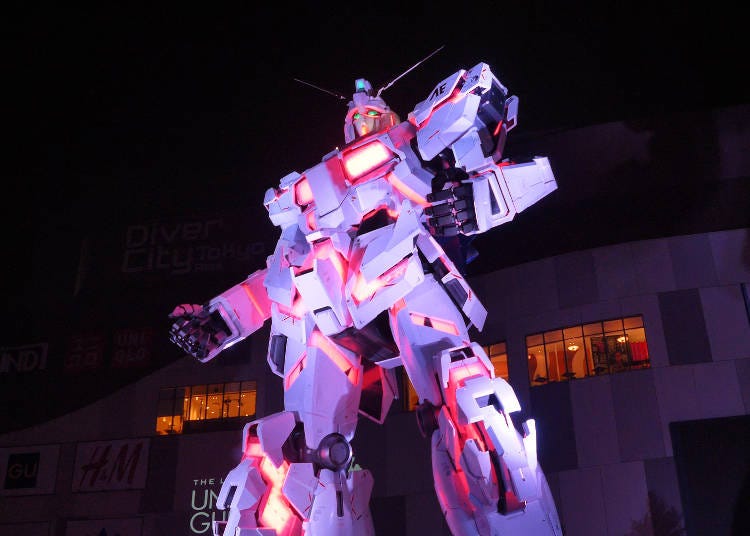 Aside from the Unicorn Gundam itself, you can visit the cafe and shop in Diver City Tokyo Plaza next door. You can find the Gundam Cafe right behind the Unicorn Gundam. Despite the name, the Cafe does not have sit-down space. Instead, it sells Gundam-themed take-away snacks and memorabilia. But if you’re looking for more goods, head inside the shopping mall and make your way up via the escalators. 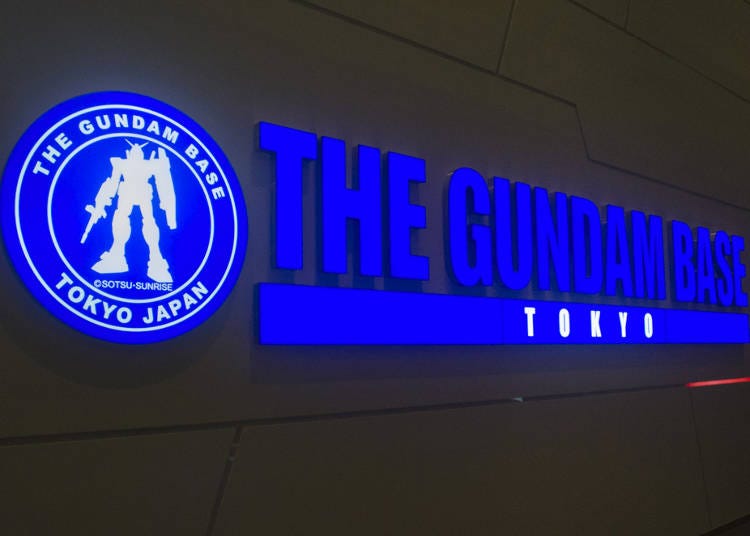 On the seventh floor you’ll find the newly opened Gundam Base Tokyo. Located where the former Gundam Front Tokyo store stood, fans will be happy to explore the redesigned shop. You will find various posters, models, clothing and other Gundam gear in this area.

Whether you’ve been building gunpla, model kits depicting the vehicles and characters of mecha anime, for years or have never heard of mobile suits, make sure to visit the towering Unicorn Gundam during your next visit to Tokyo! 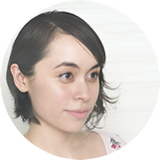 Delilah is a Tokyo-based freelance copywriter, content creator, and artist. Published online and in print, she helps brands communicate with engaging visuals and quality copy. When she's not working, this New York expat enjoys spending her time discovering new places with her husband. You can find out more about Delilah and her work on her website (www.fleurdelilah.com)

Become a True Gundam Pilot - Stepping into the P.O.D. at a Tokyo Arcade! (Video)
Best 11 Things to Do in Odaiba (Daiba), Tokyo!
[MOVIE] Gundam and Creative Diversity: How Studio Sunrise Helped to Shape Anime as We Know It

Book an unforgettable experience in Odaiba!

Walk Tokyo's famous Rainbow Bridge for an Odaiba Photo Tour!
Tokyo Joypolis E-Tickets
*This information is from the time of this article's publication.
*Prices and options mentioned are subject to change.
*Unless stated otherwise, all prices include tax.