HOME [MOVIE] Gundam and Creative Diversity: How Studio Sunrise Helped to Shape Anime as We Know It 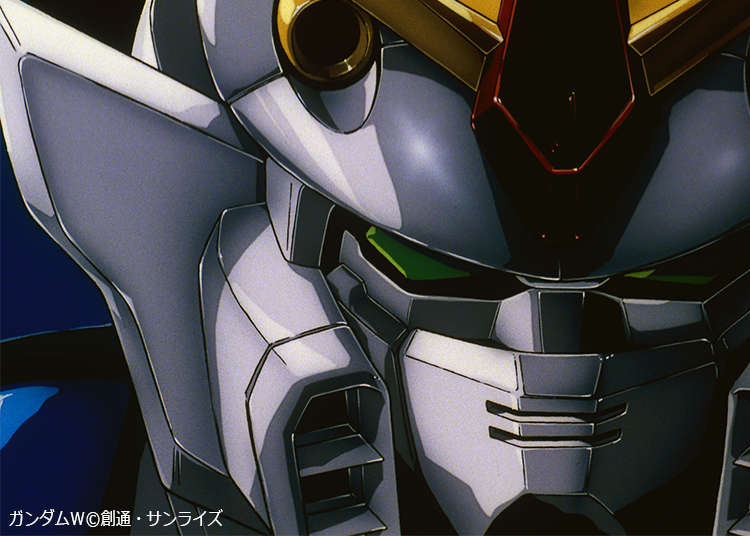 [MOVIE] Gundam and Creative Diversity: How Studio Sunrise Helped to Shape Anime as We Know It

“A space cowboy, a high school idol, and a giant robot walk into a bar...” could easily be the first line of a pretty hilarious anime joke summoning to mind specific titles and characters. Yet, the characters in this joke—as different as they seem—would share a common ancestry. Cowboy Bebop, Love Live!, and the Gundam series are only some of the most famous works created by one of Japan’s most influential anime studios: Sunrise.

While Mobile Suit Gundam is a household name, few people in the West are aware of the quiet giants behind Japan’s most popular anime series. What if you were told that a good deal of the world’s most popular works—and probably a good deal of your favorites—came out of Sunrise’s studios? We set out on a journey to explore the humble success and philosophy behind Sunrise and its massive contribution to anime. To do that, we asked Shin Sasaki, the executive producer of Gundam, for an in-depth insight into one of Japan’s most important studios.

Sunrise: As Old as Anime Itself 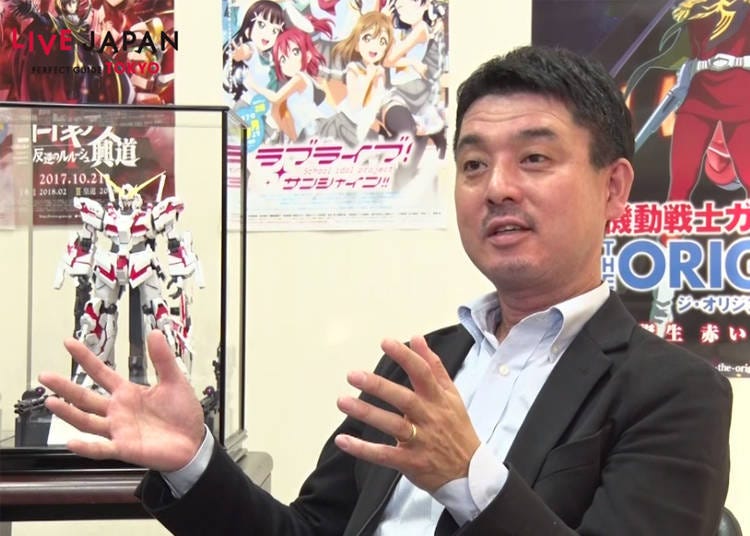 “We make all sorts of different anime. That is Sunrise’s characteristic, I believe,” is one of the first things that Shin Sasaki tells us. Indeed, the majority of fans are likely to know the studio for the gigantic robots fighting in various different installments—so many that people who are new to Gundam tend to lose their head. Sunrise should indeed be proud of the diversity of their anime. The studio is known for the many original shows it creates and is one of the biggest names in the business. Its success can be traced back to its very beginnings.

The history of Sunrise is closely connected to the history of anime itself. The studio was founded by members of another studio called Mushi Production. This was the studio of Osamu Tezuka, the creator of Astro Boy, Kimba the White Lion, and Black Jack. He is respectfully called “the father of manga” and “the Walt Disney of Japan.”

Instead of relying on the vision of one creator, former members of Mushi Production decided to focus on different producers to create anime. Sunrise also followed this style and it has become its greatest feature, even today: “Sunrise and Bandai Namco Pictures currently have 16 studios in total,” explains Shin Sasaki. “[We] are able to gather producers with very diverse skills and tastes, all sorts of creators. With that many different people, we can create many different works as well.”

A Studio Riding to the Top, Piloting a Gundam 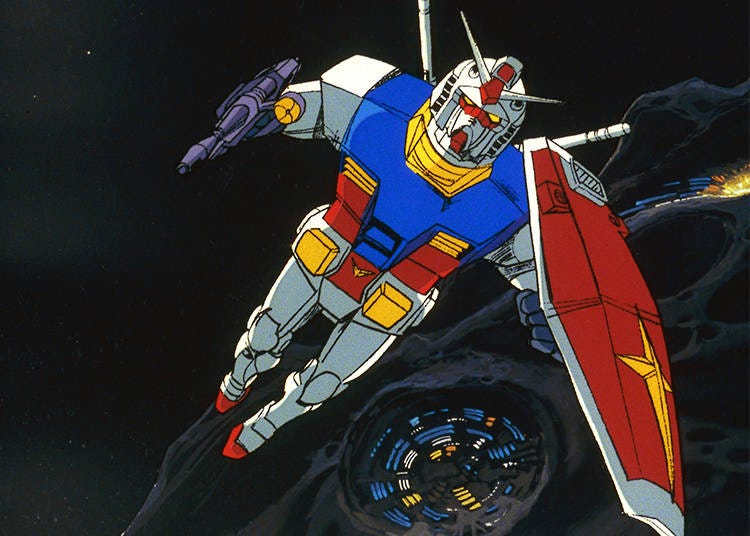 In the beginning, Sunrise meant mecha and said diversity was mainly revolving around different robot anime. When asked about the beginnings of Sunrise, Shin Sasaki says without much hesitation: “Zambot 3, Daitarn 3, and Gundam. Back then, [Space Battleship] Yamato became a huge boom. Yamato was one of the first anime titles that many high school kids and even college students watched. [...] Gundam was inspired by that boom.”

Inspired by that milestone of an anime that even creators such as Hideaki Anno name as their favorite anime of all time, Sunrise should become the pioneer of robot anime. Following the massive success of Mobile Suit Gundam, also called the “First Gundam” in the 70s, Sunrise managed to establish itself and its diverse creativity especially in the 80s. Gundam installments followed, such as the theatrical movie trilogy and sequel TV series “Mobile Suit Zeta Gundam.”

The series certainly is the pride of the studio and the work that has led to its success. But what is different from today’s Gundam to the original Mobile Suit anime of the 70s and 80s?

“My generation was practically raised on robot anime. Personally, that was a massive influence, not just from Gundam but all sorts of robot anime. Today, there is no generation like ours where every young kid definitely watched a robot show. Gundam has also changed since that time,” remembers Shin Sasaki. “The design got much fresher, and the animation itself raised a lot in quality. But young kids pretending to be fighters and such, that hasn’t changed, and that is still a big part of Gundam. The looks have radically changed but the spirit didn’t. That is important for Gundam.” 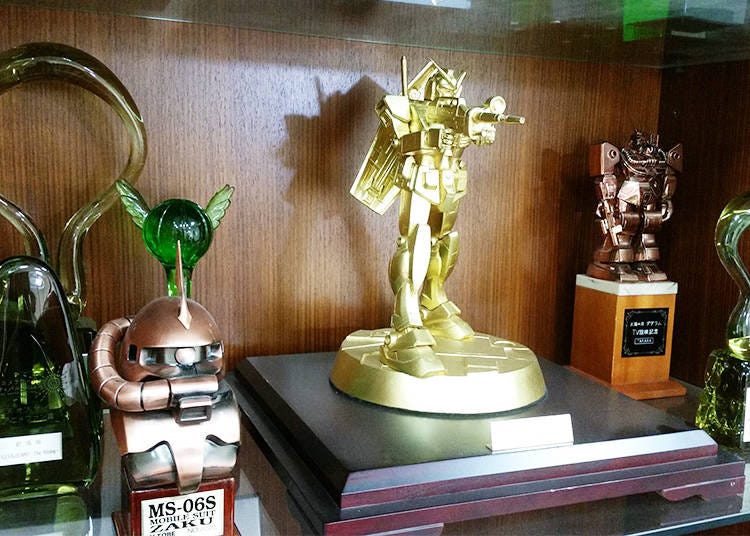 But Sunrise also created other original works and adaptations that were also major successes, proving that the studio had more than Gundam up its sleeves. The most noteworthy works during the 80s include:

・Space Runaway Ideon, an anime about armored trucks that were able to transform into one giant mecha. (Sounds familiar?)
・Fang of the Sun Dougram, another mecha series about rebellion and freedom fighters.
・Armored Trooper Votoms, all about mechanical troopers, hard science, and an intriguing galactic conspiracy.
・Dirty Pair, a fun and adventurous sci-fi work about a duo of two female intergalactic mercenaries.
・City Hunter, featuring a main protagonist who is a private detective and a wannabe playboy in a modern, crime-fiction focused Tokyo.
・Mr. Ajikko, a fun gourmet anime that follows the adventures of a young cook called Ajiyoshi Yoichi.

The list of released anime is much, much longer, but even just looking at this selection of five works, the characteristic diversity of the studio is more than evident. Another feature that Sunrise became renowned for during this time is quality. Shin Sasaki provides an explanation how the studio managed to focus on both creative variety and quality:
“[Gundam was] an inconceivable influence. Gundam became a real standard, regarding quality and such. How does an anime become a hit like Gundam or what were Gundam’s most important elements, questions like that. On the other hand, people also wanted to make something different from Gundam. It was really taking Gundam as a standard and working from there. For Sunrise, Gundam really is a gigantic creation. [Sunrise’s studios are] in a friendly competition with each other. ‘They did this, so let’s do that next!’ Like that.” 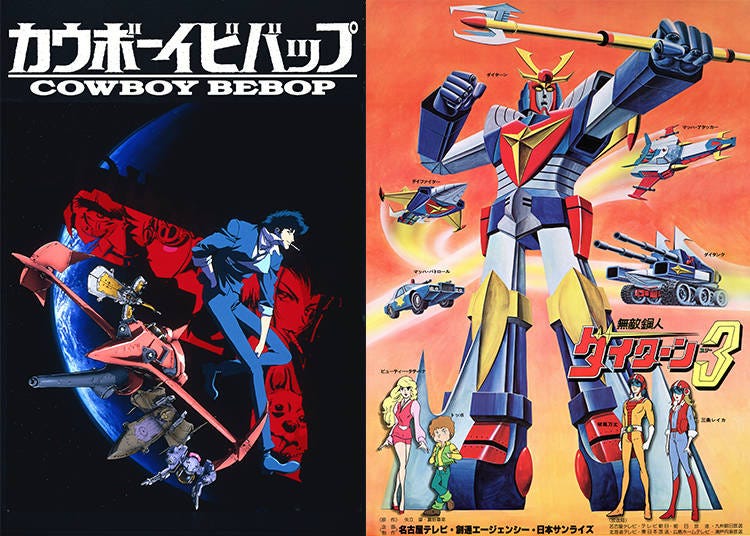 From the 90s and onward, Sunrise continued down this path with great success. This is also the time that fans in the West will likely find most recognizable, with Gundam Wing, created in 1995, being the first installment to be aired in the West. But also anime that now count as absolute must-sees and influential classics were made by Sunrise’s studios. This is just a selection of a few of them, but try to count how many you have seen and heard of:

Sunrise’s works, be it mecha or other, have not only acted as a gateway to anime for millions of people all around the globe, but many of us remember them as “the next step” after having watched children’s shows on TV that we barely recognized as anime. Whether Inuyasha is your absolute favorite, you swear by the ridiculously cool Cowboy Bebop, or you can name twenty different Gundam units easily from the top of your head, Sunrise is a studio whose style has turned many of us from mere viewers into being genuinely passionate about anime.

Tackling the Future while Staying True to Humble Beginnings 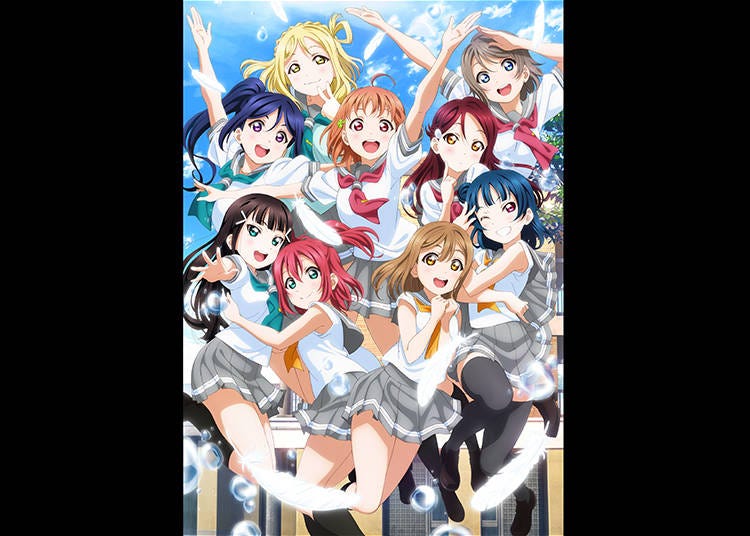 This creative diversity that Sunrise rightfully names as its main characteristic certainly is what unites so many anime fans under one studio, both Japanese and international.
“[Anime] fans are one people. Gundam fans are one people. How to create great works for this people, that will be the main focus,” agrees Shin Sasaki when asked about what Sunrise’s focus will be in the future.

Speaking of the future—Sunrise is set on following its philosophy of creating all kinds of anime for all kinds of people. Thus, the experience of older generations, being drawn into the colorful, amazing world of Japanese anime, is an experience that those who follow are bound to be able to make just as well. And Sunrise is sure to play its part in this as well, with robots, idols, and a whole lot of creative surprises. With a philosophy of making anime for everybody from all over the world, not being bound by a single creative vision, Sunrise has helped to shape anime into an inherent part of Japanese culture and a global phenomenon. So, we’re eager to ask: what comes next?

“Gundam celebrates its 40th birthday in 2019, so look forward to new installments for this occasion. On top of that, we’re planning a lot of original anime for younger viewers, as well as an anime about an izakaya [a traditional Japanese pub]. It’s called Isekai Izakaya Nobu and it’s a gourmet anime unique to Sunrise, following footsteps of Mr. Ajikko and Yakitate!! Ja-pan. And our first anime to feature alcohol! It is based on a novel and the creation of the anime is happening right now. The main characteristic will be the incredibly delicious-looking dishes because we want you to try them for yourself. With this anime, we’d like to introduce people from all over the world to Japanese izakaya culture and I think it’s going to be a unique and interesting work. Especially since Sunrise is known for robots and idols, you really can look forward to a fun and not quite normal izakaya. [...] It’s going to be fun for those who already know a bit about [izakaya]. On the other hand, the setting is a medieval European city where a Japanese pub suddenly pops up, so even people who have no idea about it will have a great time.” 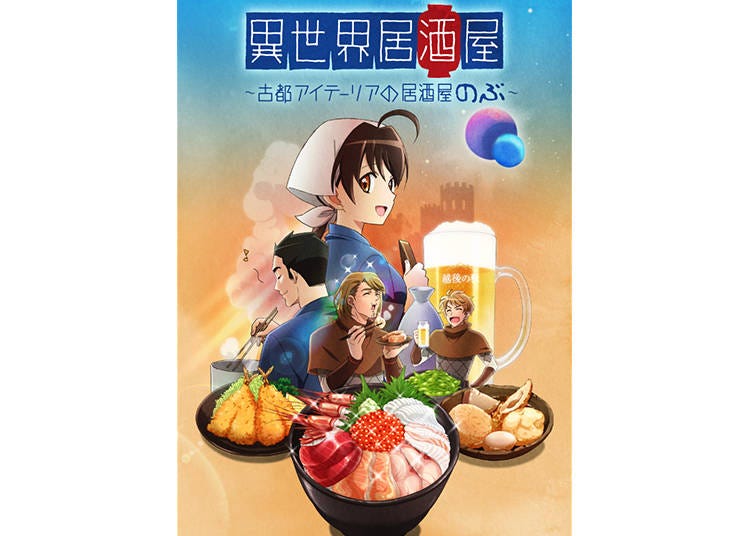 The new anime that Shin Sasaki mentioned, called Isekai Izakaya Nobu, is set to be streamed both in Japan and internationally in April 2018. The work is about a traditional Japanese pub that somehow found its way to a different dimension. In a world that resembles medieval Europe, the curious inhabitants are exposed to modern Japanese pub cuisine and the accompanying drinks, making for lighthearted fun and surprisingly thorough looks at Japan’s food culture. We, big fans of the fun, relaxed atmosphere of izakaya ourselves, got the chance to take a peek behind the scenes of Isekai Izakaya “Nobu” and experienced how an anime at Sunrise is made, from start to finish! Stay tuned for more!

Watch the anime on channels such as Bandai Channel, Hulu, Amazon Video, bilibili, and more once released!

In the meantime, make sure to check out Isekai Izakaya Nobu’s official website:
https://r.gnavi.co.jp/nobu/en/

Interviewer: Yasumichi Suzuki
With the cooperation of: Gundam Ace (KADOKAWA)