HOME Tokyo and Surroundings Tokyo Odaiba Sightseeing like a Ruler: Riding the Gozabune to Odaiba 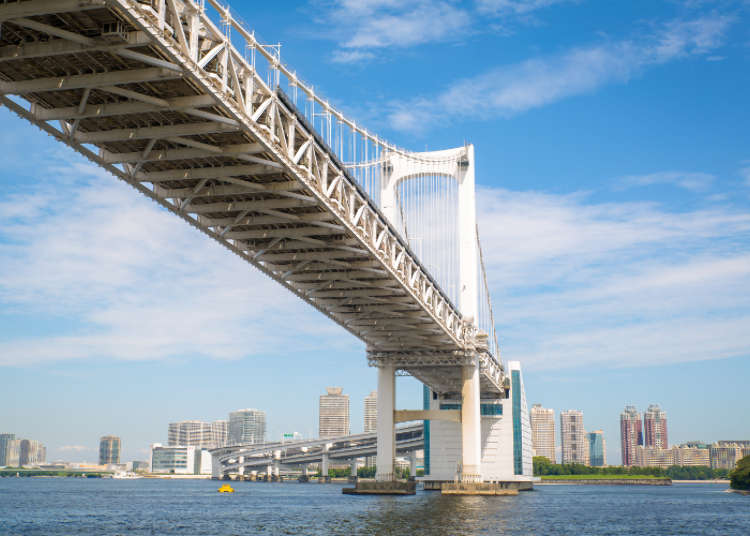 Sightseeing like a Ruler: Riding the Gozabune to Odaiba

There are numerous ways to explore a city, especially if it is one as massive and vast as Tokyo. Bikes are to be rented, sightseeing buses visit the most famous places of an area, and there’s even the possibility of exploring the city’s nooks and crannies from a rickshaw. Another classic way of sightseeing is by boat – but why glide over the waters of Tokyo bay like any other tourist when you could also travel like the rulers of old?

Gozabune – The Ships of the Shoguns 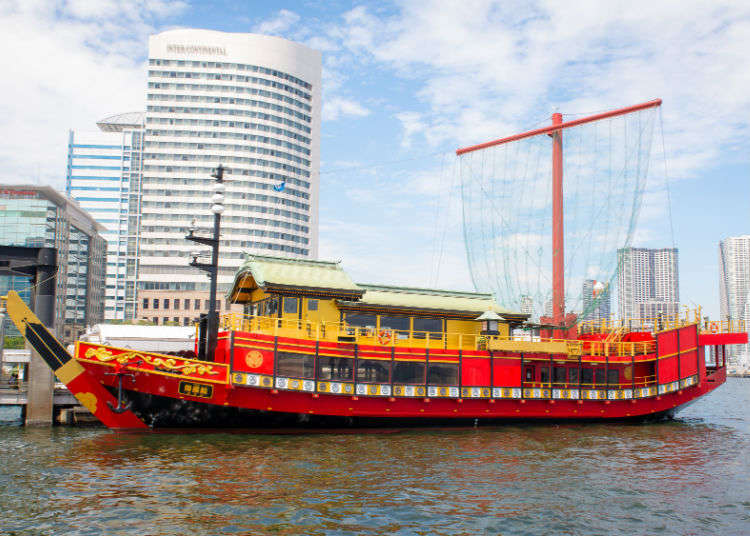 Among the modern water buses and cruise liners that sail Tokyo Bay is one particular vessel that makes people point and stare in amazement. Painted in bright vermillion red, flying a huge sail with the hollyhock sigil of the Tokugawa, the Shogun family of Japan, this ship is not just a simple sightseeing cruiser. It is a gozabune (御座船), a historic Japanese version of a yacht. Gozabune mainly served as luxurious pleasure boats for the rulers themselves and feudal lords. In times of war, however, they also made for excellent defense vessels that guarded the waters of Japan.

The ship that sails Tokyo Bay today, seeming like it has fallen through a crack in time, is an authentic replica of a gozabune called Atakemaru. The original version was ordered by Tokugawa Iemitsu in 1632, the third shogun of the Tokugawa dynasty. As Japan’s highest military commander, he had a very clear idea of the ship’s main use which is why the Atakemaru of old as well as the modern recreation has the features of a warship. 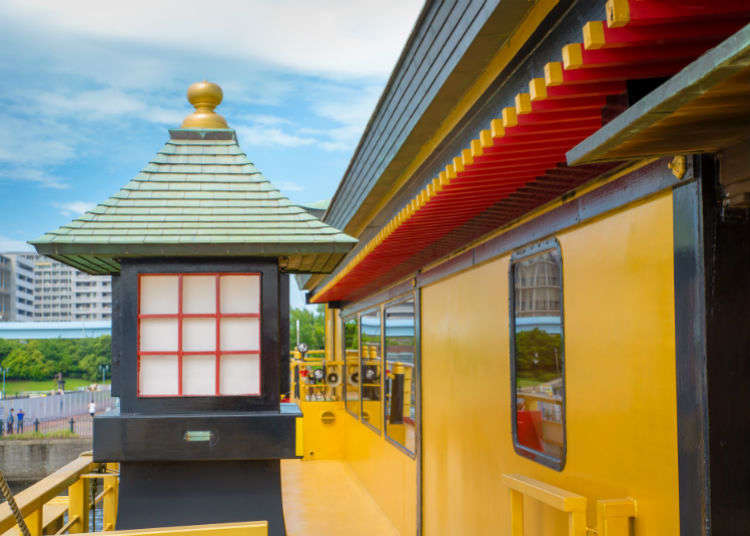 The Atakemaru lies at Hinode Pier in Hamamatsucho, one of Tokyo’s oldest piers, right next to the modern water taxis and sightseeing cruisers. Approaching the ship thinking it is yet another yakatabune, one of the traditional houseboats used by nobles that nowadays carry sightseers around the Sumida River, Atakemaru’s sheer size is sure to throw any such thought over board really quickly. Being able to fit a total of 500 passengers, equipped with around 200 seats, there is no doubt that the gozabune is not just a random noble’s private pleasure boat but a vessel made for the ruler of Japan.

Not only the outside of the ship is impressive, with its traditional roof and the huge sail bearing the sigil of the Tokugawa family – the inside does not break the illusion of having stepped back in time. Traditional paintings and imagery can be found in every corner of the ship, from the kabuki stage downstairs and the many masks grimacing down at visitors, to the lanterns, sigils, and flags on deck. 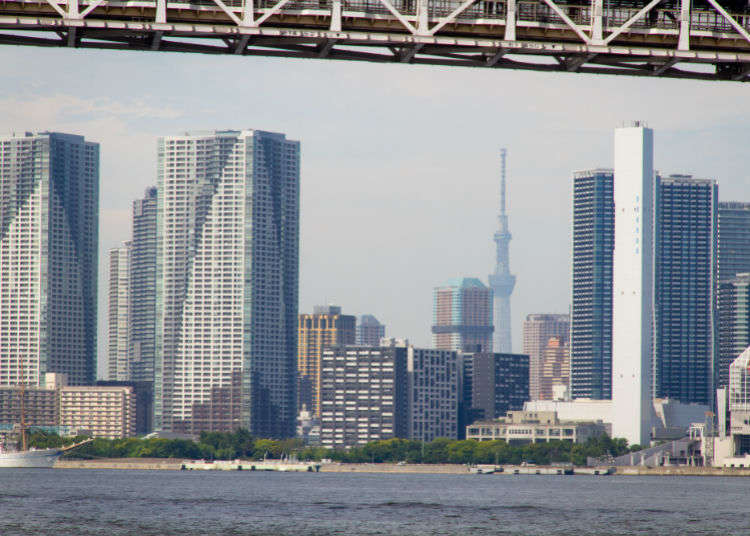 Standing on this very deck, the scenery of Tokyo Bay that sprawls out before the bright red bowsprit is an amazing sight: from the famous Rainbow Bridge, Tokyo Tower, even the Skytree, to Haneda Airport in the distance, Odaiba and its Ferris wheel, as well as Toyosu which will become the new location of the famed Tsukiji Fish Market by November 2016. One cannot help but wonder what kind of scenery the Shogun and his court gazed upon around 370 years ago. Sailing underneath the Rainbow Bridge is a unique experience that not many people get to make.

Remnants of the Past 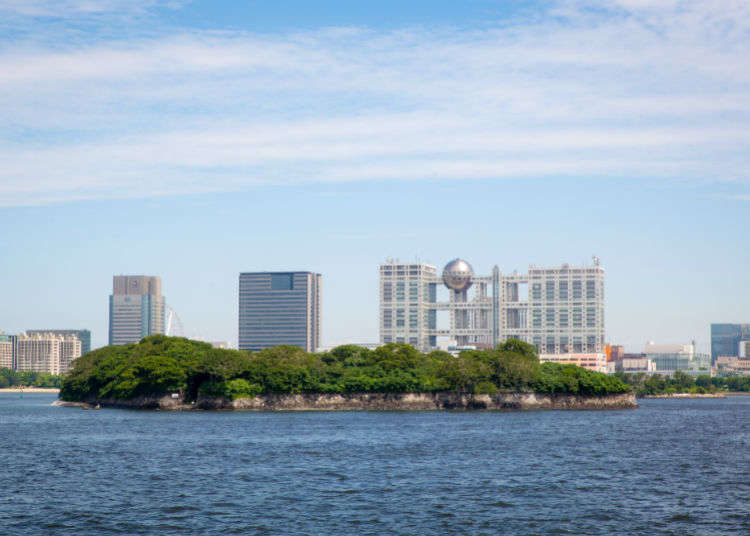 In his lifetime, Tokugawa Iemitsu looked upon much more water than we do today. Odaiba wasn’t created until the End of the Edo period. Instead, there were Tokyoites out for collecting shellfish who might just have raised their eyes and stared at the magnificent ship like people still do today. In the distance, the ruler would have even been able to spot Mount Fuji if the skies were clear – now, Japan’s most famous mountain is hidden behind skyscrapers.

One of the old fortresses of Odaiba can be seen right behind Rainbow Bridge. After centuries of having banned foreign trade, Commodore Perry and his kurofune, black warships, showed up at the shores of Japan in 1853, demanding the opening of the country within the next year. In reaction to this threat, Odaiba was created as an accumulation of individual fortresses of which some can still be seen today. 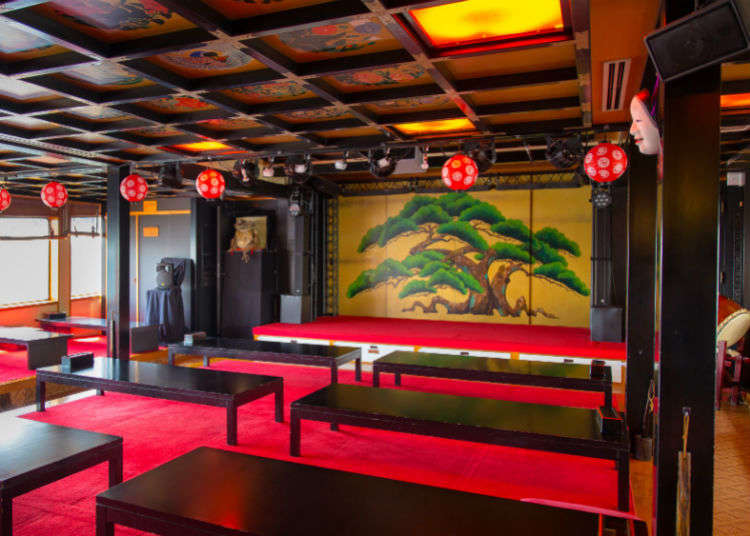 The cruise from Hamamatsucho to Odaiba is just one of the many ways to make unique memories with the Shogun’s own vessel. This particular tour called the “Shogun Cruise” takes place in the afternoon, at 1:30 p.m. from Hinode Pier and for 820 yen per person, this is an extremely interesting way to get to the popular tourist spot of Odaiba. Regular holiday on Monday.

For those that seek an even more elaborate experience, the Atakemaru offers evening cruises that feature traditional Japanese performances such as Kabuki or Obon Dances with a modern twist at the ship’s very own, beautifully decorated Kabuki stage – and a supreme night view of Tokyo Bay. The shows and events vary by season, such as the Oedo Summer Festival or an Oiran performance during fall and winter.

These evening cruises need to be booked in advance but hotel concierges and an organization called Ryobi Tours offer support to non-Japanese speakers, while certain seasonal cruise events don’t require a reservation at all.

The Atakemaru brings a piece of Japanese history to life and when one stands at the front of the ship, feeling the sea breeze and gazing over Tokyo Bay, one cannot help but feel like a Shogun of old oneself.

[MOVIE] Of Shoguns and Jellyfish: A Trip on the Atakemaru
Ride Around Japan: LIVE JAPAN's Transportation-based Sightseeing Guide
*This information is from the time of this article's publication.
*Prices and options mentioned are subject to change.
*Unless stated otherwise, all prices include tax.