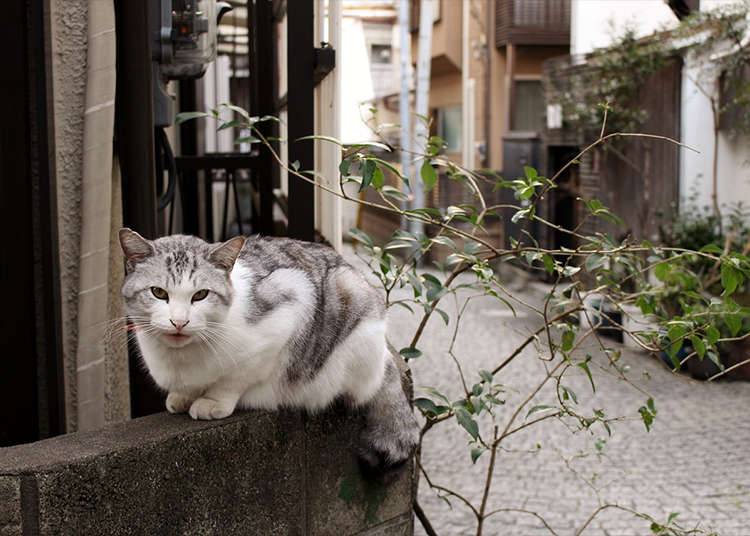 Kagurazaka is a slope leading from Kagurazaka Station on the Tokyo Metro Tozai Line to the JR Iidabashi Station. It is a 'hanamachi,' a neighborhood once famous for its many geisha houses, and even when walking the area now you can still feel the unique charm of the old days.

Walking the Back Alleys 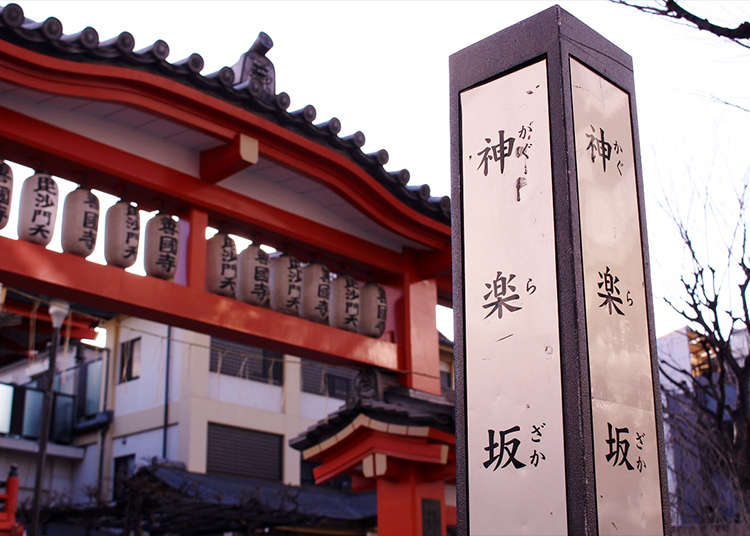 The "zaka" in Kagurazaka means "slope" and just as the name suggests, the entire neighborhood is rather hilly. But all the slope streets and alleys have very distinctive characteristics. Honda Yokocho, for example, is a street lined with numerous restaurants. All of them are unique, and they are worth visiting from one end to the other end.

Geisha Shindo, on the other hand, is a narrow alley that'll make you feel like you're stepping into another world. Many geisha used to walk Kagurazaka in the old days and it has a similar atmosphere to the famous Gion in Kyoto. The narrow alley is lined with authentic Japanese restaurants on both sides and the atmosphere evokes the image of a graceful, mature night life culture. Don't forget to bring a camera, there are many things to discover in Kagurazaka's many spots. 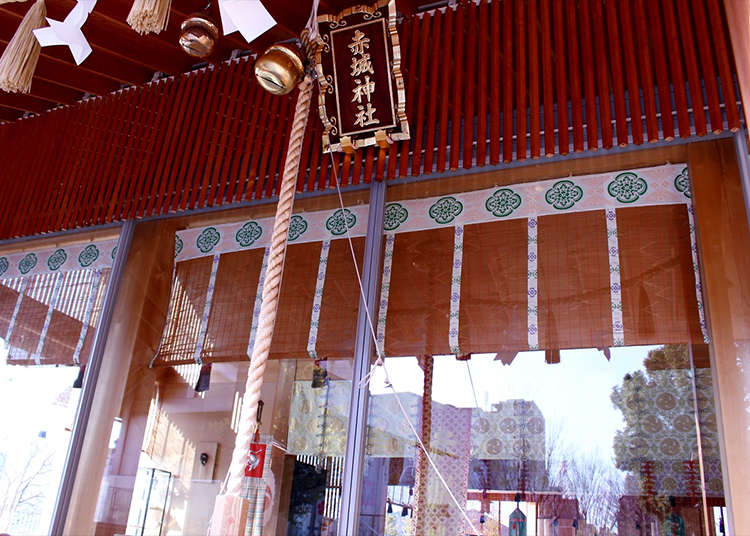 This shrine is famous for bestowing divine favor relating to marriage and success in school upon its worshipers. It was reconstructed in 2010 as a shrine befitting the 21st century, designed by Kengo Kuma, who is an architect known for his intricate and modern designs, including that of Nezu Museum. The exterior of the main hall is entirely made out of glass, looking not only very modern and stylish but also evoking a calm feeling of spaciousness. Latte art can be enjoyed at Akagi café located in the precinct. 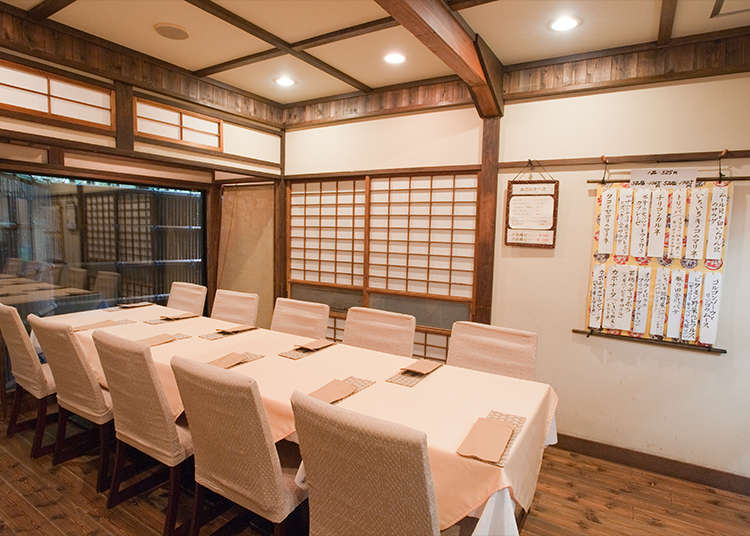 With its shoji doors (sliding doors with paper), tatami floor, and frosted glass windows, this restaurant seems like a true remnant of the Showa era - Angela's specialty is, however, delicious Italian cuisine that tastes as if it was made by a real "Italian mamma". The restaurant is simple but incredibly charming and it's famous for its set of nine appetizers (eight for lunch), made with only the best of seasonal ingredients. Not only are they extremely delicious but they also come in big portions and are very pleasing to the eye, thus earning Angela many fans.

Only in Kagurazaka: Peko-chan Pancakes 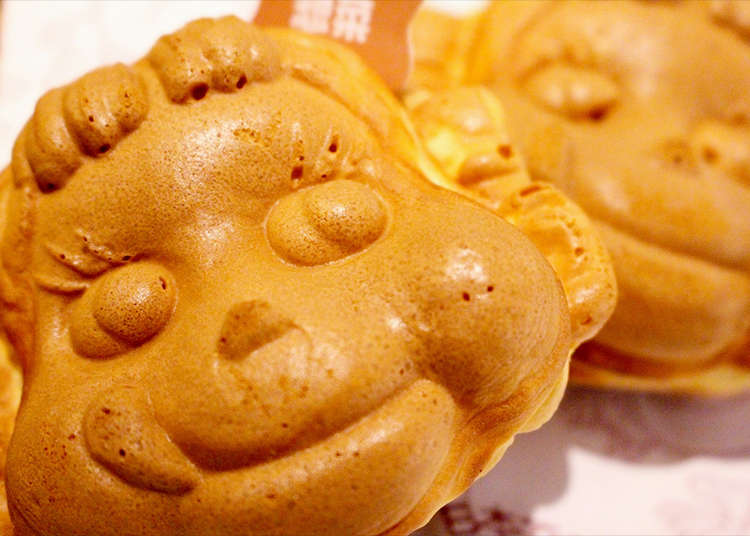 Fujiya is the standard when it comes to Japanese confectionery shops. The chain's mascot Peko-chan is a girl with pigtails who is well-known by the entire nation, along with her male equivalent called Poko-chan. Kagurazaka's Fujiya store sells sweets of these two characters. Peko-chan-yaki is a specialty made out of soft, fluffy dough that resembles a pancake, filled with either custard or sweet bean paste made out of azuki beans. This shop is incredibly popular and usually has a very long queue in front of it. Don't fret, however, as customers are served very quickly and the line moves just as fast!