HOME Tokyo and Surroundings Tokyo Ikebukuro Top 30 Spots in Tokyo's Ikebukuro: From Dining to Sightseeing, Introducing the Place That Has it All 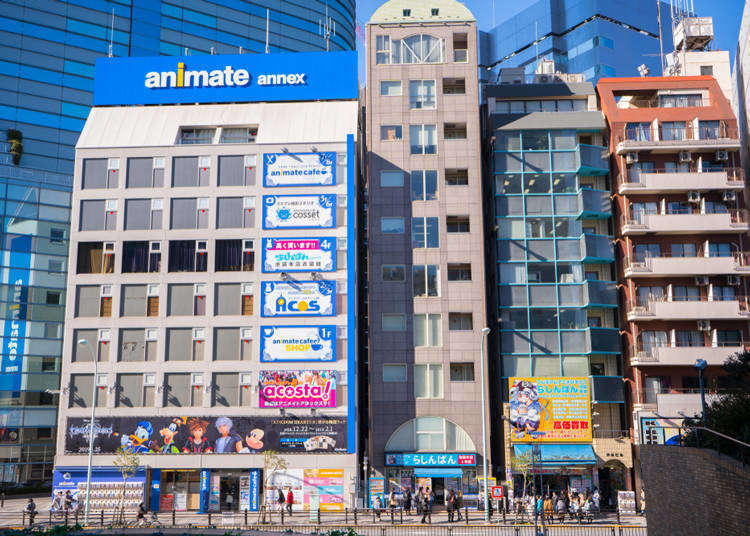 Top 30 Spots in Tokyo's Ikebukuro: From Dining to Sightseeing, Introducing the Place That Has it All

Ikebukuro, known as one of Tokyo's busiest shopping districts alongside Shinjuku and Shibuya, is a place where all different types of food, entertainment and shopping all come together.

In recent years, the area has become increasingly popular as an area with its own unique sub-culture, making it also a popular tourist spot to experience Japanese culture, old and new. No matter how often you come here you will not get tired of Ikebukuro and its many different attractions, so the only real challenge is in deciding where to begin. Whether it's sightseeing, dining, or shopping, these are the 30 reasons you've got to go!

Ikebukuro - vibrance waiting to be discovered 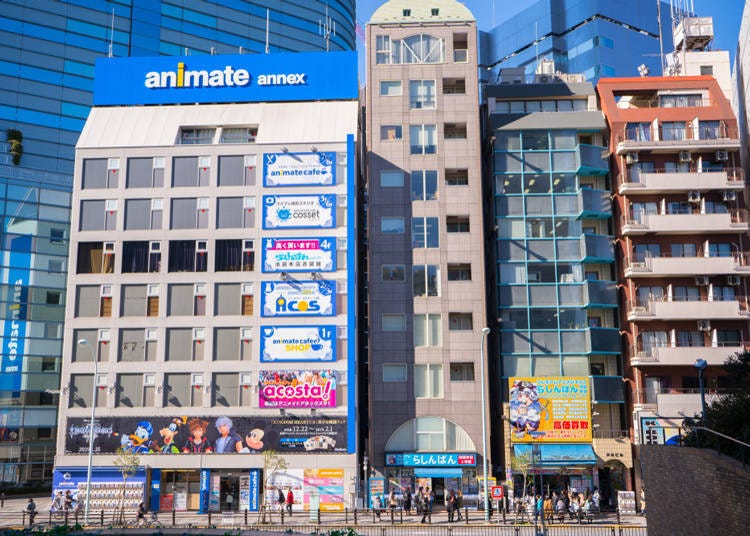 Ikebukuro Station is a major terminal station with a total of 8 train lines carrying a surprising average about 2.6 million people daily. Famous commercial facilities front the station making it a shoppers’ paradise.

To the east stands the landmark Sunshine City which contains an observatory, aquarium and planetarium among its many attractions, while the area to the west is seeing an emergence of art spearheaded by the Tokyo Metropolitan Theatre. In addition to those large-scale facilities, there are also a variety of traditional shops to be found in Ikebukuro. In recent years the Otome Road, once populated by shops dealing with comics and anime goods popular with women, has been attracting attention and has evolved into a subculture Mecca.

This mixture of culture and shops of all types has led to an increase in tourists as well. But popular among students from overseas are the numerous Japanese language schools in Ikebukuro.

Due to a high Chinese population, the area around the North Exit of the station becoming known as a Chinatown. As you can see from the above, a variety of cultures are squeezed into the areas around Ikebukuro Station. To get a really good look at Japanese culture, this is an excellent place to do so.

Unique and interesting spots around the station 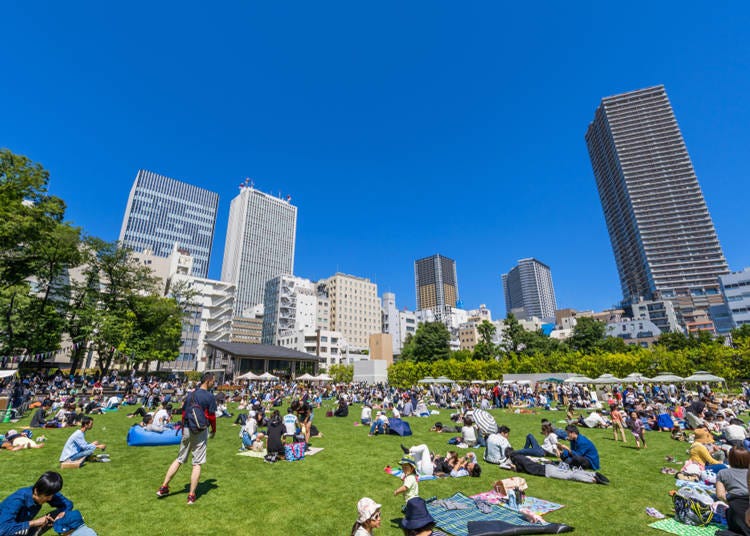 Ikebukuro is a huge terminal serviced by eight different train lines. What is especially interesting is noticing how the atmosphere and character of an area will differ from that of others depending on which side of the station you exit.

Two major consumer electronics stores, Bic Camera and Yamada Denki LABI 1, are located outside the East Exit where all forms of entertainment that young and old alike can enjoy are to be found. Foremost among these is the landmark Sunshine City.

In addition to Sunshine City, there is a huge array of stores and entertainment opportunities lining Sunshine 60 Avenue that runs between Ikebukuro Station and Sunshine City. From the 60-story commercial complex, complete with observation deck, to game centers and indoor theme parks, you'll be surprised by how much you can find!

Furthermore, there is a street near Sunshine City called “Otome Road” [Maiden Road] where there are many shops selling manga, anime-related and cosplay goods that are popular among young women.

Academic atmosphere to the west

The West Exit, where the Tobu Department Store Ikebukuro Main Store is located, is home to the Tokyo Metropolitan Art Theater where many concerts and theater performances are held. In the fall of 2019 the adjacent Ikebukuro West Exit Park will be transformed into Japan's first-ever authentic outdoor theater.

Contributing to the academic atmosphere of this area are the Christian-affiliated Rikkyo [St. Paul's] University, its tree-lined avenue beautifully illuminated during the Christmas season, and Jiyu Gakuen Myonichikan with its beautiful and historic buildings that have been designated as a national Important Cultural Property.

In addition to the Ikebukuro Engeijo, where traditional forms of entertainment such as rakugo [comical storytelling] are performed, there are many places where you can enjoy eating and drinking in a lively atmosphere that typifies the culture of ordinary Japanese people.

Chinatown by the North Exit

Since the 1980s there has been an influx of Chinese to the North Exit area resulting in it becoming a lively Chinatown. It may not look like a Chinatown without the symbolic red and gold gates and like nothing more than an assortment of buildings, but the more than 200 shops located here operated by Chinese and selling Chinese goods as well as numerous Chinese restaurants attests to its authenticity.

Another good indication of the authenticity here is the Chinese food that is served. Rather than cooked to appeal to Japanese pallets, the dishes are just like those you would find in China. Although it is called the “North Exit Area”, the sign at the station reads “Ikebukuro Station West Exit (North)” but don't let that confuse you.

The south side of Ikebukuro Station is a quiet and stylish area popular with young adults. Minami Ikebukuro Park with its spacious and perennial green lawn is an oasis of calm and quiet popular with young couples, families, and the elderly. If you head towards Zoshigaya Station on the Tokyo Arakawa Line, the streets take on a retro feel taking you back to the good old days of Tokyo. The area is dotted with historical temples and shrines as well as stylish cafes and here time seems to go by very slowly. Even though it is located not that far from Ikebukuro Station, its quiet atmosphere will make you forget about the hustle and bustle of the city.

Amazing access and connections to and from Ikebukuro Station 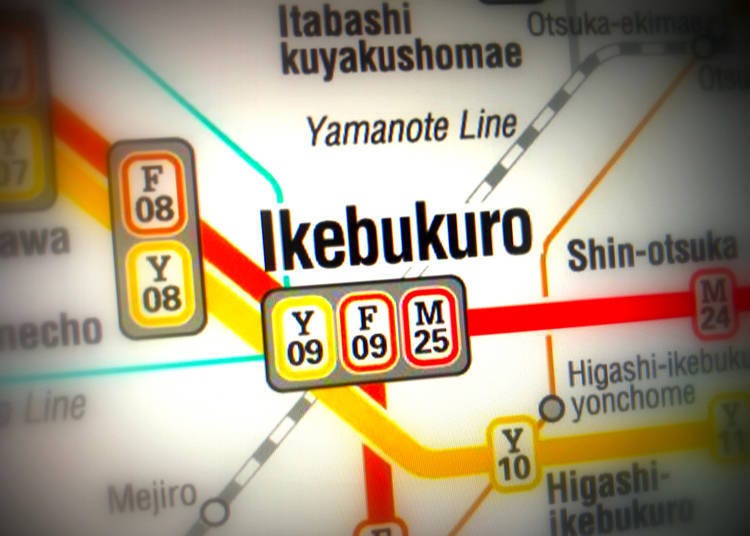 Ikebukuro Station is serviced by the following eight lines, making it easily accessible from anywhere in Tokyo.

Not only is Ikebukuro easily accessible from pretty much anywhere in Tokyo center, but also from the entire Tokyo metropolitan area - including Saitama and Kanagawa!

This downtown area is centered on a huge terminal station alongside Shinjuku and Shibuya, but Ikebukuro has the unique feature of having easy access between the east and west exits - something you might find difficult in the other two huge stations! The avenues are also relatively wide, so getting around each area is less stressful.

When visiting Tokyo, a walk around Ikebukuro will enable you to experience various kinds of Japanese culture. It's a city so full of charm that you will need more than a day to see it all.