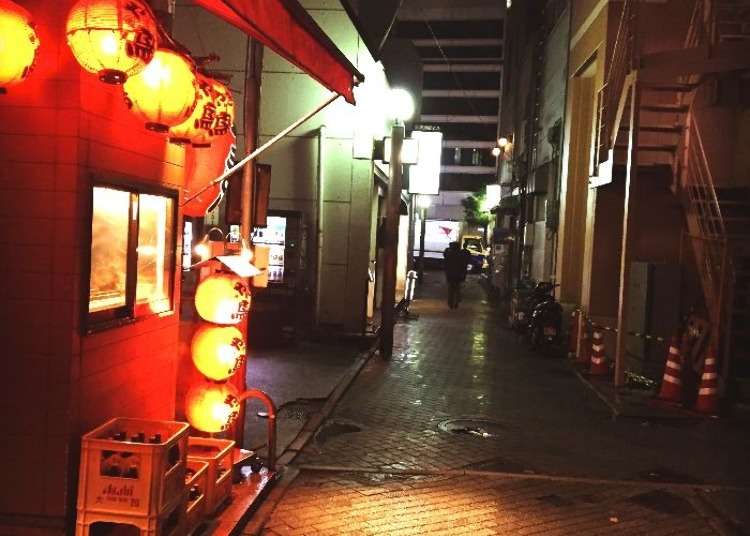 One-Day Walk in Oji and Minowa where Edo Atmosphere Remains

In the Edo period, Oji flourished as the Nikko Shasan (visit to the shrine) Road used by the Tokugawa Shogunate. Even now, you can find places where the Edo atmosphere remains strong here and there. Let's stroll around the area where we can feel the Japanese traditions.

Status of Top-ranking Inari Shrine in Kanto, Oji Inari, Dating Back to the Edo Period 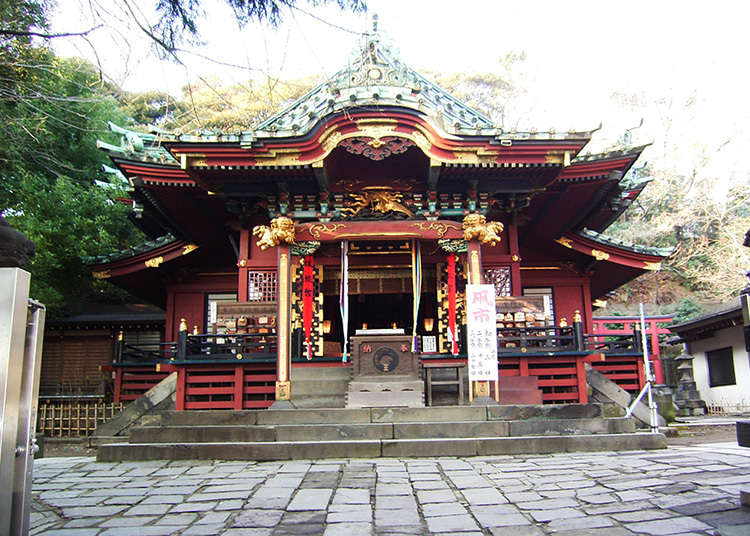 Oji Inari-jinja Shrine has been loved by many from the Edo period, and it has become a model of paintings as a notable spot. There is a legend which goes that every year on New Year's Eve, oninari-sama (fox deities) came from all over Kanto area to gather at this head shrine. Conveniently located about 500 meters northwest of Oji Station, you can feel the Edo sentiment here. Next to the main shrine building, which is at the right corner of the shrine pavilion, a stone called oishi-sama is enshrined. By lifting up the stone as you make a wish, you can find out if your wish will come true by the weight of the stone you feel. You can test your luck during your trip.

Commercial Avenue with Shitamachi Feel Where Fox Goods are Available 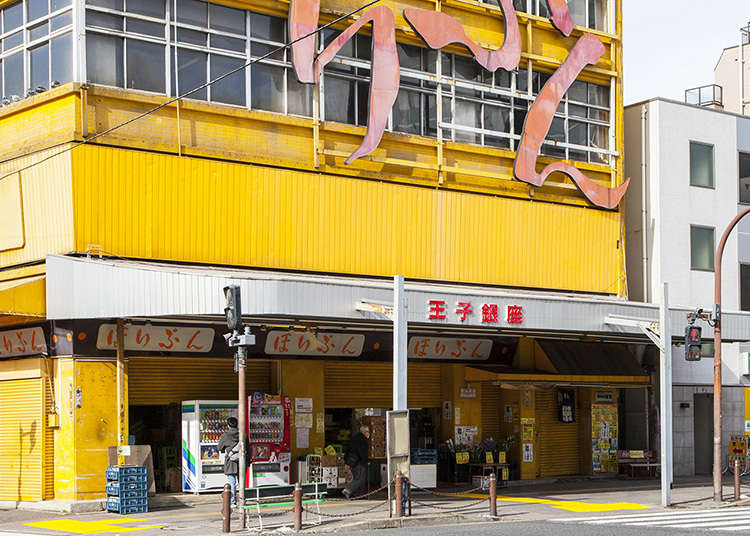 This is a commercial avenue stretching from the north exit of Oji Station to Onaga-bashi footbridge, and about 90 shops can be found here. It is everyone's favorite place because of its friendly Tokyo Shitamachi (old town) atmosphere, which dates back to the Edo period. There are shops that carry household goods, and some even carry Oji Inari-jinja-related goods. Many events are held here, including Oji Shozoku Enoki Market, which is held on the third Saturday of each month. 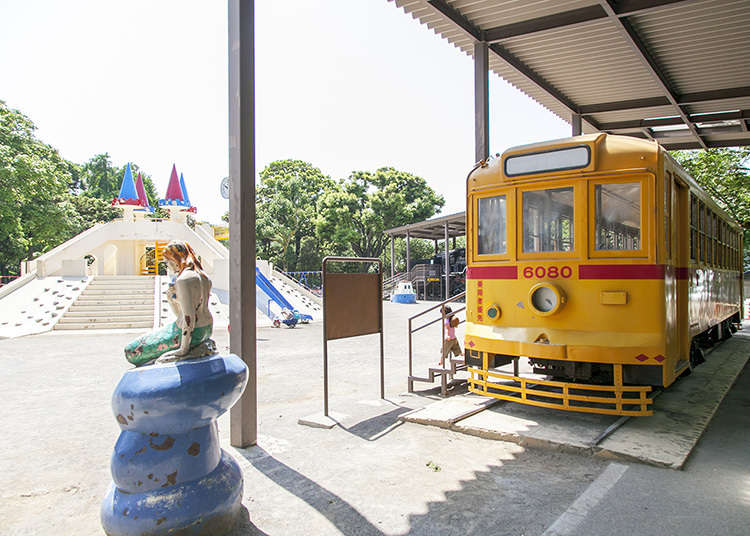 Among many spots, Asukayama Park is known as “Tokyo's best sakura spot”. It was established in the Edo period as a recreational spot, and it was formally listed, alongside Ueno Park and some others, as “Japan's first park” in 1873. The park has a lot to offer, including Kita City Asukayama Museum where local artifacts are on display, the Paper Museum specializing in paper, and the residence of a great local figure, the Old Shibusawa Garden where you will find Japan's Important Cultural Properties.

A Lush Greenery Japanese Garden Where 4 Waterfalls Rush Through 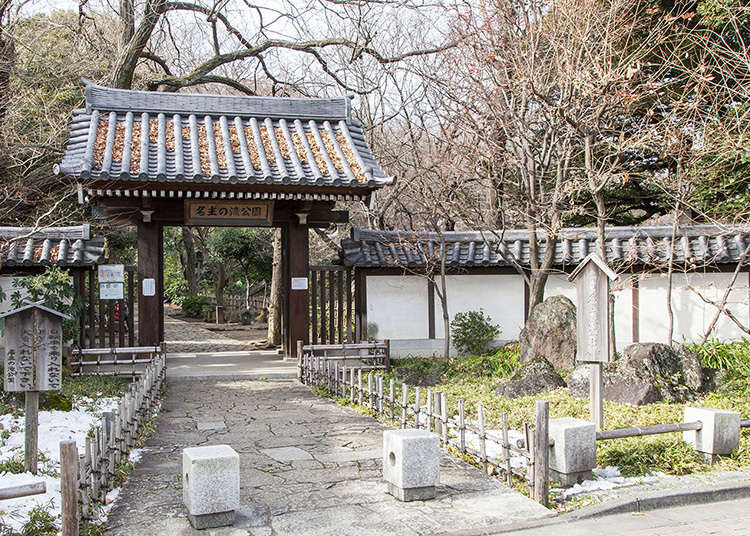 In the Edo period, Oji Village's headman, Magohachi Hatano, created the waterfalls and grew tea leaves, and later opened the park for the public to enjoy. Now it is called Nanushi no Taki Park. Inside this circuit-style garden, 4 recreated waterfalls can be found: Odaki (a male waterfall), Medaki (a female waterfall), Tokko-no-taki (waterfall of Buddhist alter Tokkosho), and Wakutama-no-taki (waterfall of gems springing up). Japanese zelkova, Chinkapin oaks, and Japanese mountain maple can be found in the garden, so you can enjoy seasonal views. 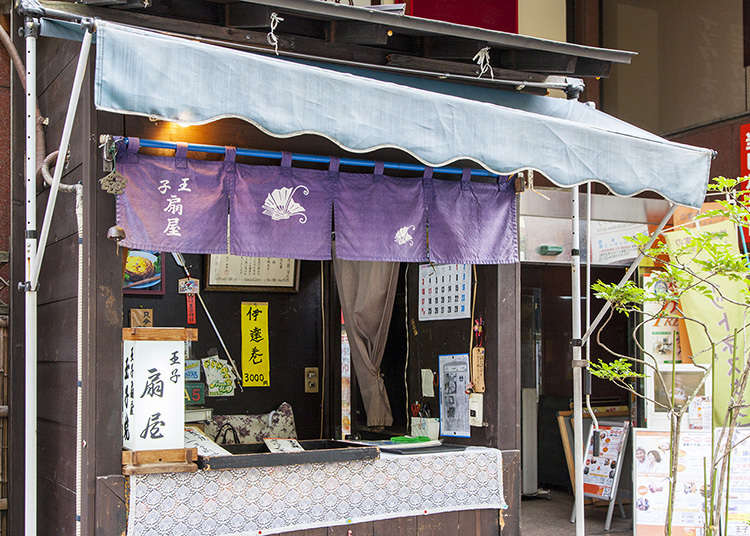 Oji was popular as a scenic spot and recreational spot in the Edo period. Many restaurants used to operate by the riverside of Otonashi River. Among all, a restaurant called Ogi-ya, with 300 years of history, is especially known. It was so popular that it was used as the location of a rakugo tale, Oji no Kitsune (The fox of Oji), and it was even mentioned in a gourmet guidebook of the Edo period. Currently, they are operating as a Japanese rolled egg shop. The Edomae-style thick rolled eggs with a hint of sweetness is popular, and they sell out before the late afternoon on some days.