HOME Tokyo and Surroundings Tokyo Asakusa What Is the #1 "Japanese Side Dish" Selected by Foreigners? 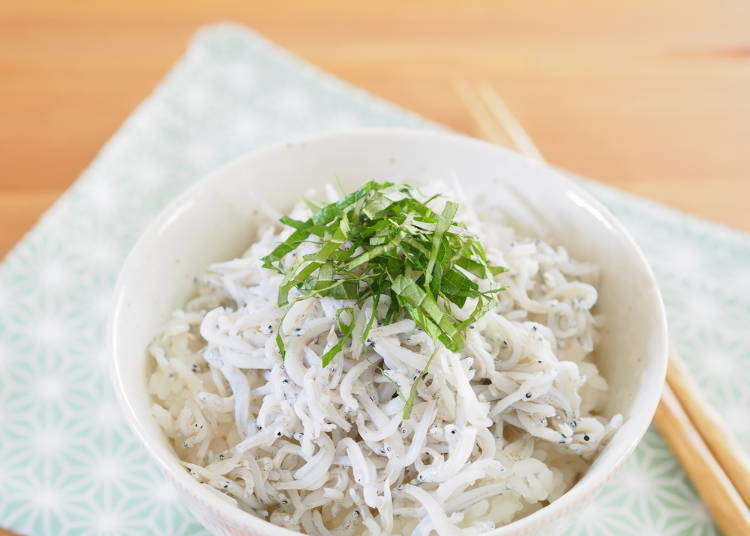 What Is the #1 "Japanese Side Dish" Selected by Foreigners?

A traditional Japanese food course has the idea of one soup and three dishes. Often this is white rice, accompanied by a soup, one main dish, and 2 side dishes. For the Japanese, who enjoy their meals of rice with side dishes, it isn’t an exaggeration to say that this concept is nothing but obvious.

But with more restaurants in Japan spicing up their menus with unique side dishes, visitors to the country have a great choice! So kind of “okazu” do foreigners have?

We surveyed 17 foreign guests on which “okazu” they felt went best with white rice (multiple answers were accepted). The answers they gave for their favourites and least favourites were surprising!

Sweet and fluffy tamagoyaki is the most popular! 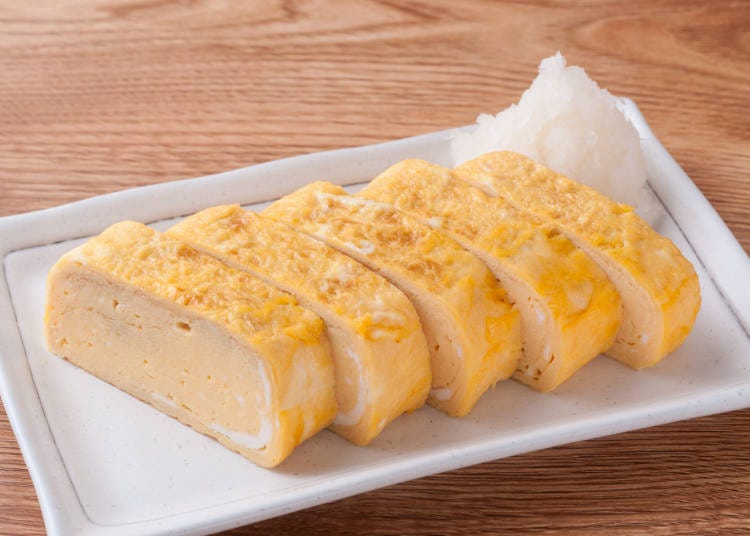 6 out of the 17 people surveyed said that they loved tamagoyaki (rolled omelette).

“I really enjoy tamagoyaki. Korean cuisine has a similar dish to Japan’s tamagoyaki, and the taste of tamagoyaki makes me think of it.” (30s/ Male/ Korea)

“I love tamagoyaki. The combination of Japanese-style dashi stock with egg is the best! I adore the light and soft texture when it enters your mouth.” (30s/ Female/ Taiwan)

Among those surveyed, there were also those who made tamagoyaki themselves.

“I enjoy eating tamagoyaki as well, but my passion is in making it. I’m aiming to get the best and fluffiest texture in my tamagoyaki.” (30s/ Male/ China)

Tamagoyaki is harder to make than it seems, but it’s admirable to aim for such a difficult target! There were other comments as well, such as: “The sweetness of the dashi stock complements white rice well”, and you can feel the deep love for Japanese okazu from these answers. 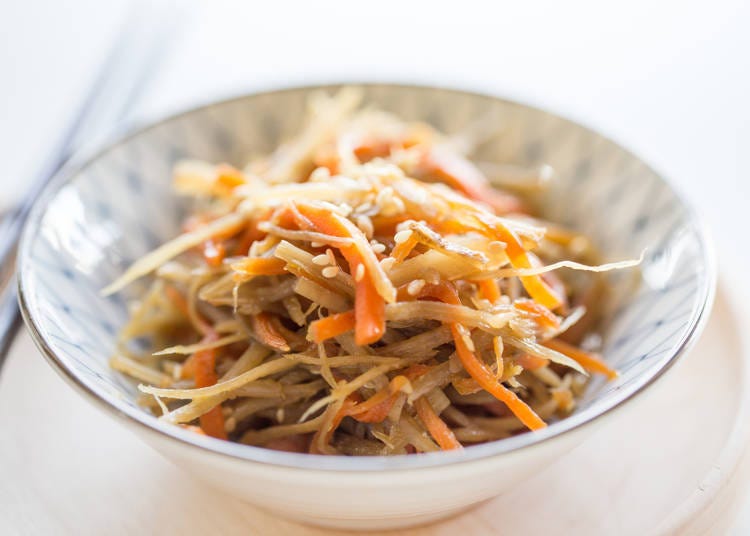 With the recent boom in healthy eating, kinpira gobou (burdock root cooked with soy sauce and sugar) is number 2. When you look at the survey results again, you may start to get a different feeling though... But to the foreigners, this sweet and slightly sharp tasting side dish is a hot favourite!

“I like kinpira gobou. Having a vegetable as a main dish is healthy, and it has a great texture too. As it is lightly seasoned, it goes well with rice too.” (20s/ Male/ China)

“I especially love kinpira gobou . It’s colourful with carrots added in, and you can taste the delicacy of Japanese cuisine.” (50s/ Female/ USA)

“I like kinpira gobou because it’s easy to make by myself! Where I lived in in America, it was difficult to get a hold of burdock root, so it was a dish I learnt to make after coming to Japan. I make a lot of it at once, and store it in the fridge for later.” (30s/ Female/ USA)

Though more of a side dish than a main, its taste reminiscent of traditional Japanese food seems to satisfy foreigners.

The western style dish with foreign roots, “tonkatsu”, is makes waves as a Japanese side dish! 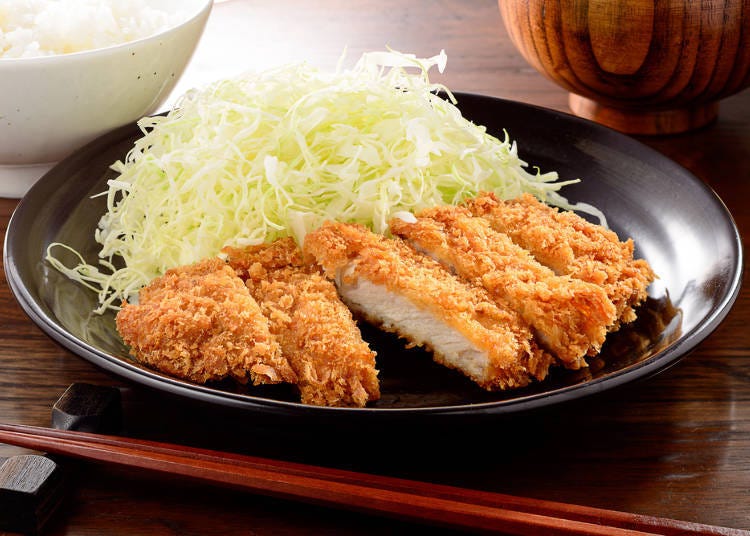 Though categorized as a western style dish, “tonkatsu” (fried pork cutlet) received great reviews. Originally derived from French côtelet, it seems that all the foreigners have recognized it as a Japanese dish.

“As tonkatsu is often served with shredded cabbage, it is both filling gentle on the stomach.” (20s/ Male/ France)

It seems that the selling point of tonkatsu is its fillingness. Tonkatsu at restaurants is usually served with shredded cabbage, and it’s often free flow as well... Such thoughtfulness is probably the reason for the high satisfaction.

The charm of grilled fish is in its simple preparation 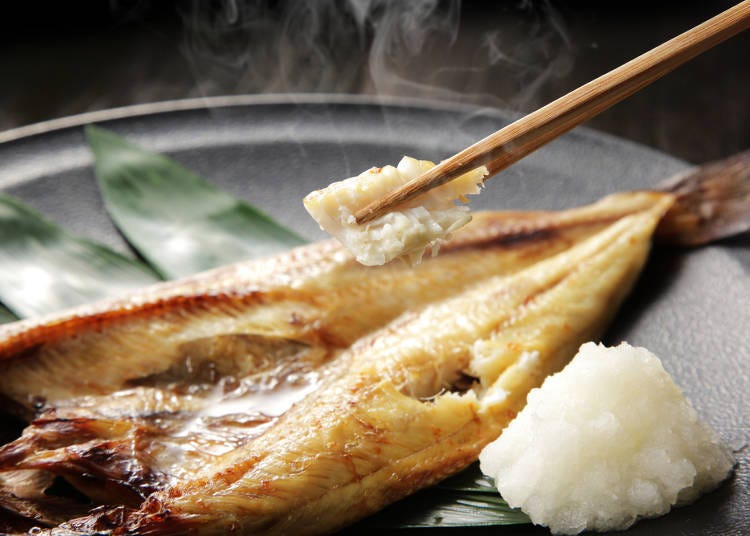 Now, we come to what can be called the basis of fish dishes in Japan, grilled fish, which caught much attention with its simple preparation: over a grill.

“It has a simple and comforting taste, and is very delicious.” (40s/ Male/ USA)

“Fish in Japan is very fresh, and that’s why you can make grilled fish.” (30s/ Male/ China)

When considering cooking from home, the fact that such a tasty dish can be made so simply is a definite plus point.

Next, we’ll introduce an honourable mention.

This is the peak of the health foods craze! While it’s true that it’s a health food, boiled soy beans are something that you’ll only see at your grandma’s house... where did they learn this from?

The most disliked food is shirasu: It looks scary and grotesque! 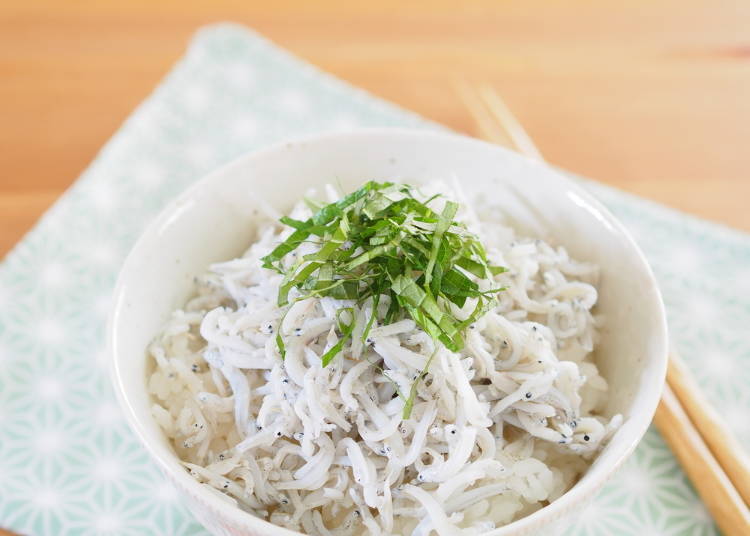 Now, let’s hear from some foreigners about the side dishes that they dislike and are unwilling to eat.

From gathering opinions, we found the most disliked food to be the seafood, shirasu (whitebait). Though they sang praises for grilled fish, it was surprising that they’d shy away from shirasu.

“There’s no way I can eat shirasu. It’s hard to pick up with chopsticks, there isn’t really any flavour, and I can’t understand what’s so tasty about it. Above all else, it looks grotesque...” (30s/ Male/ USA)

“Be it shirasu or shrimp, I’m not good with small seafood… You can see their eyes, and it’s scary when they watch me!” (20s/ Female/ Canada)

Speaking of appearances, there are many who expressed distaste for hijiki (black, stringy seaweed) too.

Rather than the taste, there are some foods with an appearance that simply can’t be accepted. The sight of many small objects jumbled together seems to be quite repulsive, isn’t it? For many westerners, dishes where you can see the eyes of fish, such as ikizukuri (sashimi arranged together with the fish head) are difficult for them to eat, and it’s an understandable reaction. There are Japanese people who dislike these dishes as well, and when you also consider the issue of hygiene, it can’t be helped.

A mixed bag of opinions!

Besides the above two, most other answers were a mixed bag. There isn’t really a dish that is commonly disliked by all foreigners, and is really an issue of taste preferences. However, here are a few surprising answers we received!

Perhaps he isn’t fond of cream sauce? People who count calories will find it hard to accept a deep-fried ball of thick and creamy white sauce as a dish. He may feel this way about the sauce, or he may hold the same opinion about the calories as well.

“I hate oily foods like croquette and tempura. I like meat and fish though...” (40s/ Male/ USA)

When you buy food that has been left out for a while, it’s common for oil present to become sticky and lumpy. If you go to a shop that fries its food fresh, you can likely overcome this weakness! Besides this, the prized Japanese delicacy “unagi” (grilled eel) has naysayers as well!

Unagi (eel) has a light taste, if you can just get over the appearance you probably won’t dislike it. But the problem is the appearance, after all. Besides unagi, there are many foods in Japan where the taste and flavor take center stage, rather than its grotesque appearance. To many foreigners, they find it shocking that such strange looking foods can be eaten.

Thank you for loving Japanese okazu! 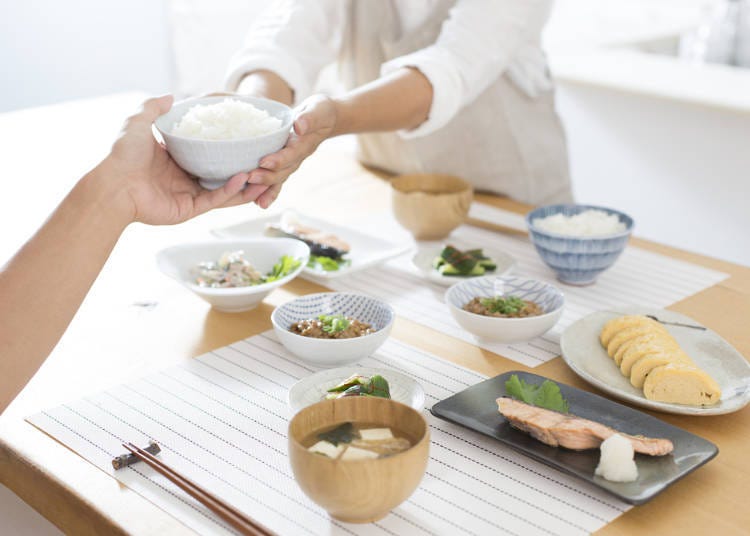 Actually, when asked about what okazu (side dishes) they disliked, there were people who said, “All of Japan’s okazu are delicious, I don’t dislike any of them”. Isn’t this such a nice answer!

“I’m ok with anything. I have my likes and dislikes as well, but all of Japan’s okazu are delicious!” (40s/ Male/ England)

“I love Japanese food! Instead of just sashimi and tempura, it’d be great if everyday Japanese food can be spread further around the world.” (50s/ Male/ USA)

Outside of Japan, the concept of eating rice together with side dishes has yet to permeate other cultures much further.

But this time, the foreigners we surveyed naturally answered that okazu are side dishes that should be eaten with rice. We could especially feel the culture of eating okazu spread its wings and begin its journey around the world. May the number of people who can come to appreciate Japanese okazu continue to increase!