HOME Tokyo and Surroundings Tokyo Akihabara A Curious Look into Japan’s Safety – Why Does Your Lost Wallet Return in Japan? 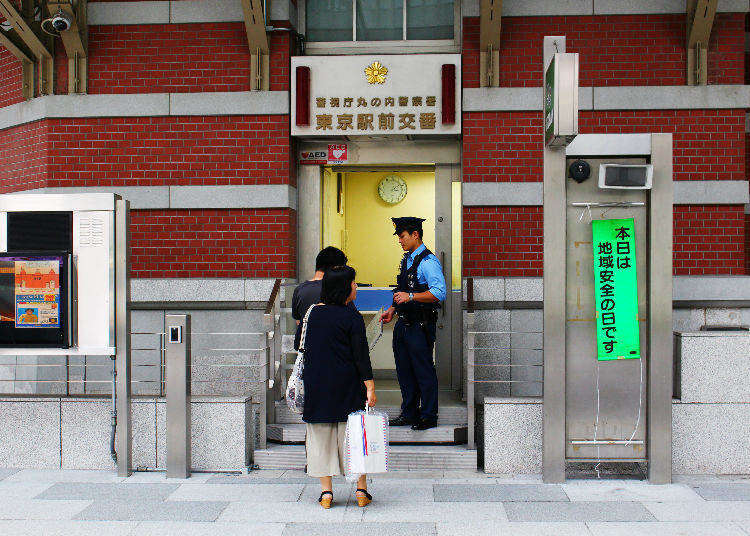 A Curious Look into Japan’s Safety – Why Does Your Lost Wallet Return in Japan?

It is often said that Japan is very safe and secure compared to the rest of the world. The country is one of a handful of places in the world where people feel safe enough to fall asleep on trains or at stations. These people may even leave their bags open or have their phones on their laps, however it is very rare for valuables to be stolen. When comparing Japan’s safety and security to other nations, the most notable example cited is “if you drop your wallet in Japan it will be returned.” This statement isn’t a myth! Let’s take a look to see why wallets get returned in Japan.

Reason 1: When People Find Money They will Deliver it to the Police! The Total Money Delivered to the Police is around 3.8 billion yen ($34 billion USD)! 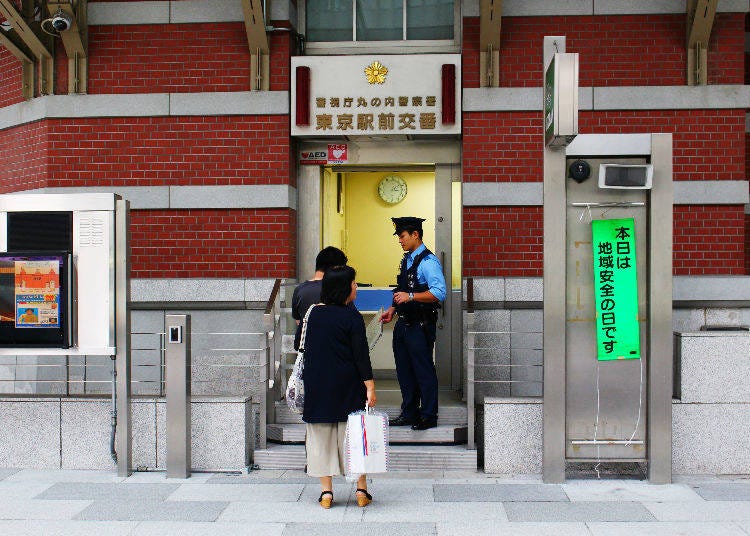 Of course it isn’t perfect, there are cases where your wallet won’t return or the money had been pulled out when your wallet is returned. However compared to other countries, Japan has a higher probability of lost wallets and money being returned. According to police data 73.2% of found cash is returned to its owner. If you happened to lose something, don’t give up and file a report with the police!

Reason 2: In Japan You are Obligated to Submit Any Found Items - and if the Owner is Found, You Receive a Reward! 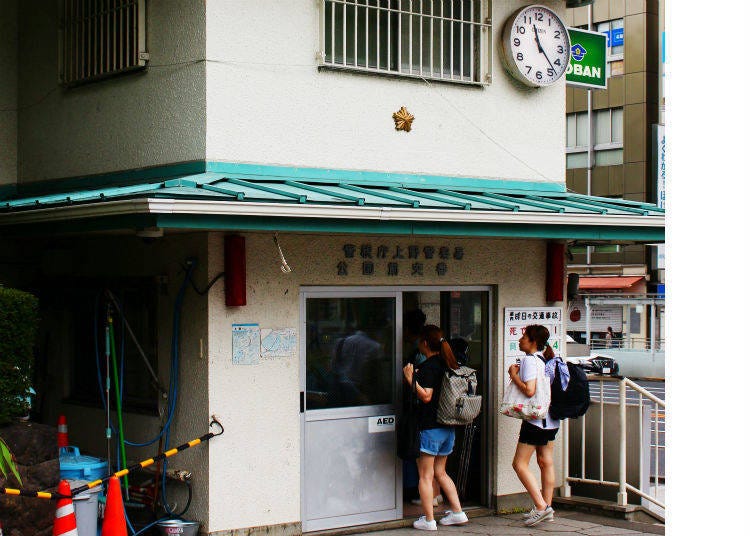 Japan’s “Lost Goods Law” obligates people who find lost items to “quickly return the lost item to the owner or submit it to the police.” Also when the item is returned to the owner the owner is obligated to “reward the founder no less than 5/100 and no more than 20/100 of the returned properties value.” They are both “obligations,” however most Japanese people don’t know about the rules for the reward and in most cases most people don’t request rewards since they acted on goodwill.

The Japanese Lost Goods Law required all found goods, regardless of the price, to be submitted to the police. On the other hand regions and countries such as Germany, England (London), and America (New York and California) don’t require items under a certain value to be submitted. In Canada (Quebec) it is up to the person who found the item to submit it or not. Also there are many countries and regions such as America, Canada, France and England that don’t have a legal “reward” system. The reason behind Japan’s detailed rules behind lost items could have something to do with the cultural background of always submitting lost items, or it became a cultural thing once the laws were established. It is most likely a mix of both.

The time limit to look for lost or forgotten items is 3 months. On the police department website, information on lost items will be posted for 3 months (6 months for buried items) from the day it was submitted and can be searched. If the owner is not found in 3 months, the person who found the item will become the owner. However items such as mobile phones, driver’s licenses and other items with personal information will not be given to the person who found it. For items such as umbrellas, clothes, lower value items and items that require unnecessary expense for storage will be stored for two weeks. If the owner is not found in that time there is a possibility that the items will be sold or disposed of. If you lose something, make sure to contact the police as soon as possible!

Reason 3: Japanese People Have a Moral View Cultivated through Education 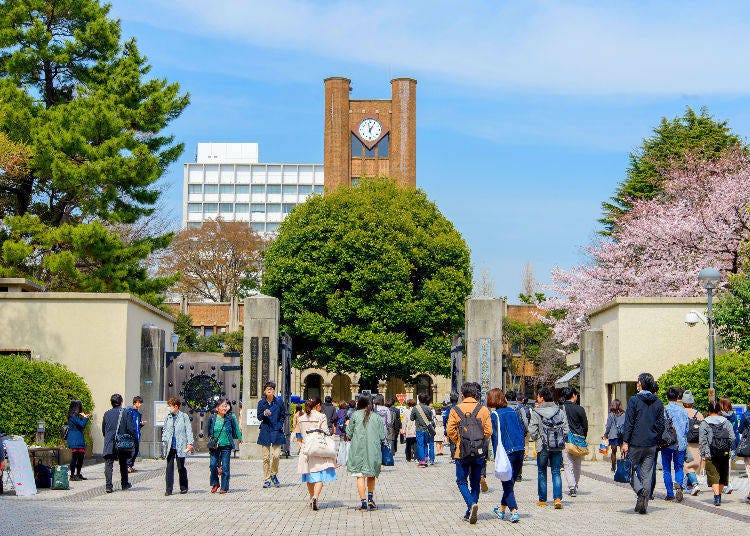 The Japanese honorable culture of delivering lost items to the police probably has some connection to Japanese people’s moral education that has been practiced in local communities and schools. In Japan there are lost and found counters in various places such as schools, stations, airports, public facilities, and shopping malls. It is common practice for people who have found an item or lost an item to head to these counters. In elementary schools, items that are delivered to these lost and found area will be periodically announced in the school. This has given many children experience that lost items will have a high possibility to be returned. For this reason many people think it is “normal” to deliver lost items to the police or set locations. 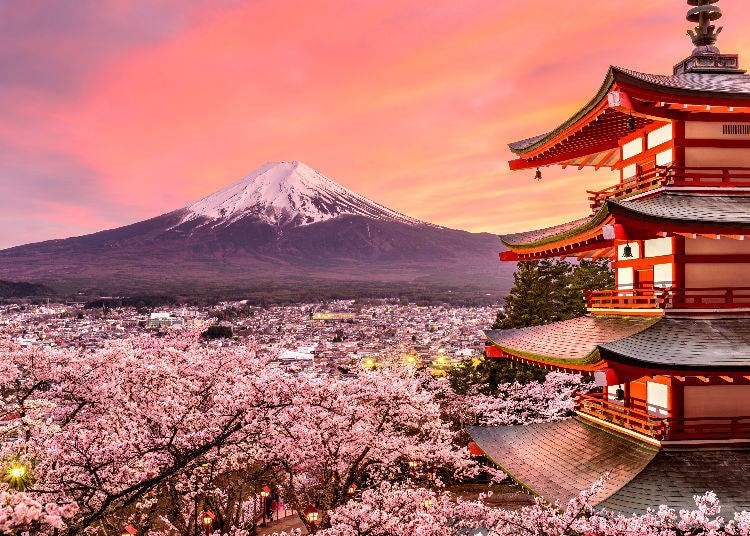 In Japan there is an ancient way of thinking of “divine punishment,” which has a big impact on Japanese morals and ethics. It is said that if you wear other people’s clothes without permission or do deeds with ill intent, those ill actions will come back to you as punishment - this kind of saying is used to discipline children at home as well. Also there is another phrase “the sun is always watching you.” This is to teach you that even if no one is looking, you should follow your morals and ethics and do the right thing. If you find a wallet, you can imagine the person who dropped it must be troubled, and obey your ethics and deliver the wallet to the police or deliver it to the owner directly. This is the general way of thought for a Japanese person.

What Do You Do if You Lose Something? 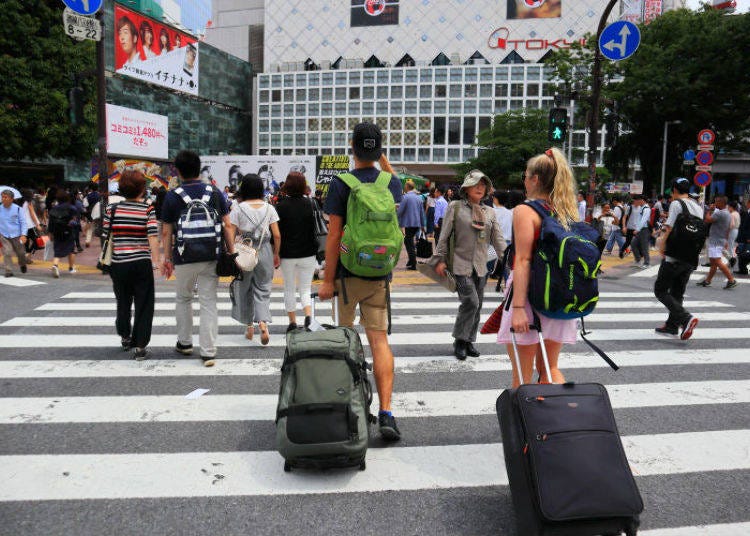 The first thing to do when you realized that you have dropped or lost something is to go to the place where you last remember having the item. You could also call the store if you know if they have a multilingual staff present. If you lost your item at a station or shopping mall, check with the lost and found section to see if anything as been reported. If you still can’t find your item submit a lost item report at the police station or Koban. On the report you will enter you address, date, place and item.

Make sure to put in as much detail as possible such as the location and time where you last remember having the item, when you realized you lost the item, the time and area where you think you lost the item. The bus or train stations you might have been on, where it was heading, where you got off, where you got on a different train. Item brand, color, shape, any unique features, and how much money was in your wallet including what kind of bills. If you lost your credit card, make sure to contact the card company.

If You Lose Your Wallet, You Can Borrow Money at the Station or Police Station!? 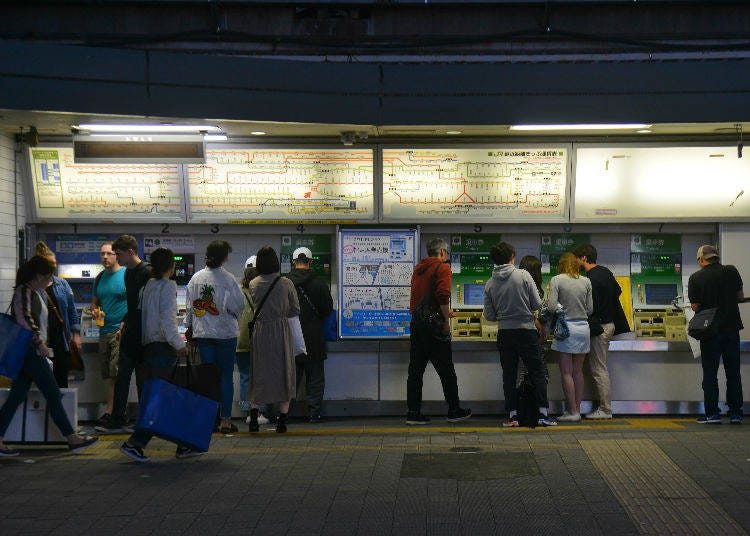 With public transportation like busses and trains, there is a possibility to borrow money to reach your destination if you have justified reason such as stolen or lost wallet. After you borrow the fare you will have to repay it on a later day, which is called “chakueki seisan” (destination payment). However the Railway Operation Act prohibits people without tickets from boarding trains, so people who have the possibility to borrow money are people who already had a ticket and who don’t have enough to cover fare. If your wallet was stolen or lost in the station, you could still ask, however if you are lacking money to buy a ticket to board the train, you can’t use this system. Also you will have to present your ID and sign the “shiharai yuyo negai-sho” (payment grace request) written oath. 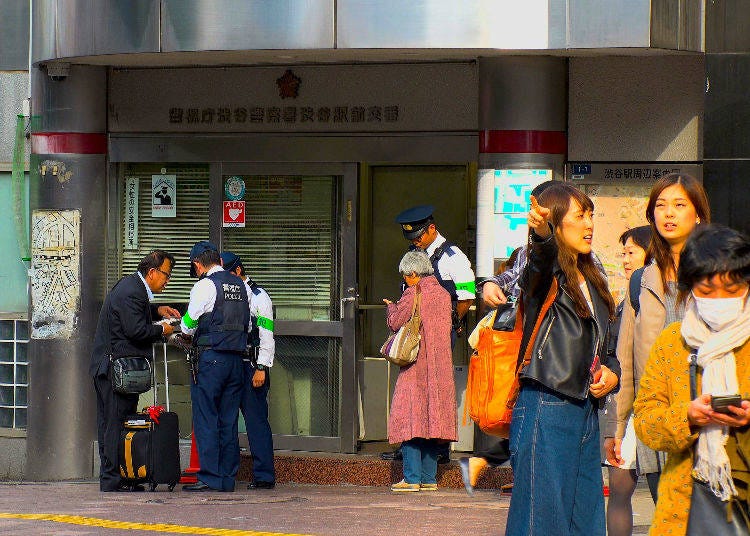 If you can’t borrow money at the station, your next method would be borrowing money at the police station or Koban. If your wallet was lost or stolen, there is a system called “koshu setsugu benshohi seido” (public service compensation cost system) where you can borrow money at the police station or Koban. It will depend on individual police station’s situation and jurisdiction special circumstances, but most of the time it is around 1,000 yen. You will have to return the money in person and if it is a far location you could always deposit the money or send registered mail for cash, but be sure to ask in advance. Also depending on the location they may not lend you money.

If you weren’t able to borrow money at the station or police station, and you have money in your hotel room, you could always take the taxi back, even if it will cost more. If you explain the situation to the driver and leave your belongings in the vehicle, you may be able to go to your room and retrieve your money. 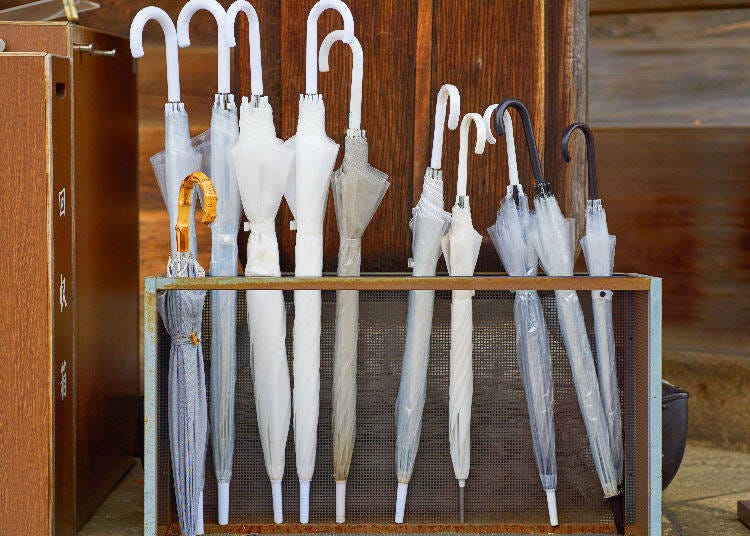 Even with a high probability of lost wallets being found in Japan, there are some items that are hard to be found. Here is a top 10 list of lost items received by the police 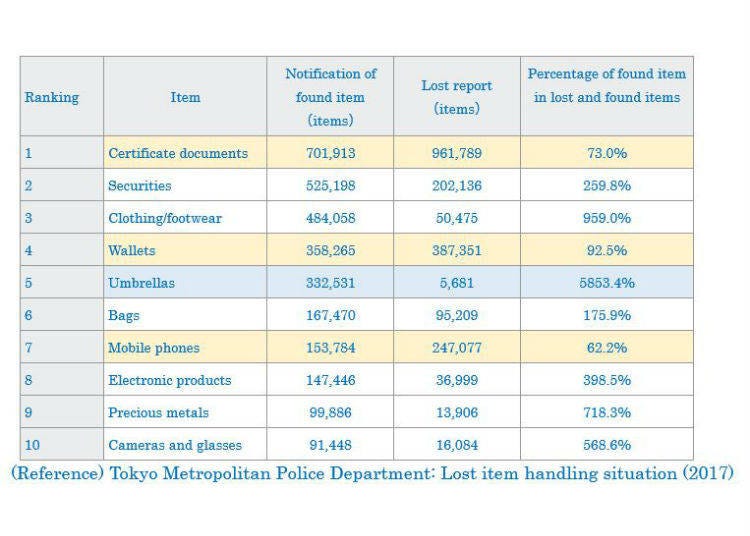 For umbrellas it is pretty common for it to be taken by someone else when you are shopping at the convenience store and is usually not found. Especially for plastic umbrellas, they are cheap and all look the same, so many people will accidently take the wrong umbrella, or take it without feeling too much guilt. Many people just give up thinking they were unlucky and don’t submit lost item reports to the police.

Also for clothing/footwear, precious metals, cameras and glasses, compared to the number of reported found items, the number of reported lost items is lower. Most cases the person who lost the item gives up. One could say that items where the owner can’t be easily identified have a harder time to be returned. 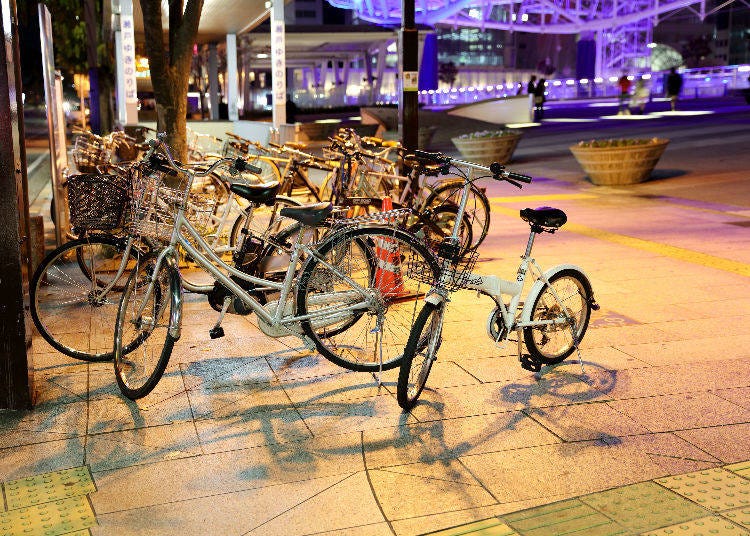 Another thing to pay attention to is bicycle theft. In the recent years the number of people riding bicycles have increased in the Tokyo area and with that the number of bicycle thefts has increased. Even if you lock your bicycle, simple locks can be easily broken. Instead of parking on the street, we recommend using paid parking spaces. 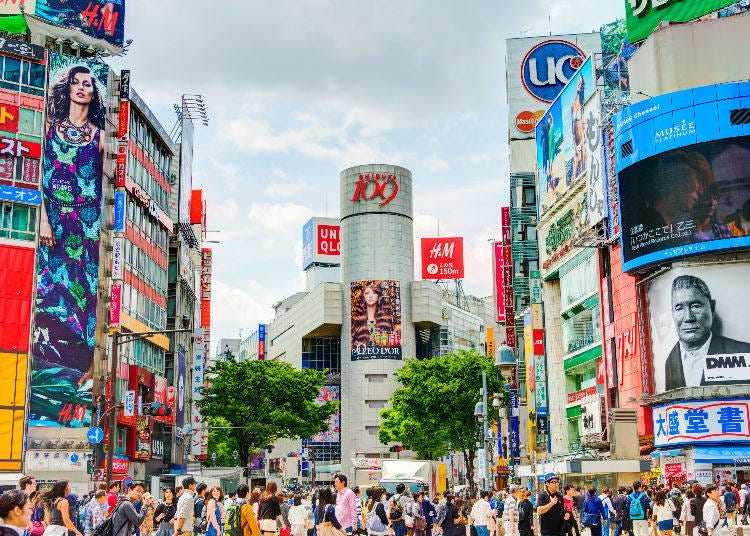 Many foreigners may be surprised that lost wallets are returned with money in them. In Japan there is a possibility for not only wallets but mobile phones and other valuable items to be returned. If you lose or drop something, don’t give up and submit a report at the police station or Koban. Wallets and cash have a high probability of being returned, but on the other hand low value expendable items like umbrellas are frequently stolen. If you stop by the convenience store on a rainy day and put your umbrella in the rack, there is a possibility of it being stolen. Japan is relatively safe, however make sure to keep track of your belongings to have a safe trip in Japan.

Tokyo Metropolitan Police Department: If you misplace something
http://www.keishicho.metro.tokyo.jp/sodan/otoshimono/index.html

10 Situations to be Aware of When Visiting Japan
How Safe is Japan for Tourists? Complete Look at Which Tokyo Areas Are Safe - and Which Aren't
Is Japan Really a Safe Country? Let's Take a Look at How Their Crime Rate Compares to the Rest of the World!
*This information is from the time of this article's publication.
*Prices and options mentioned are subject to change.
*Unless stated otherwise, all prices include tax.