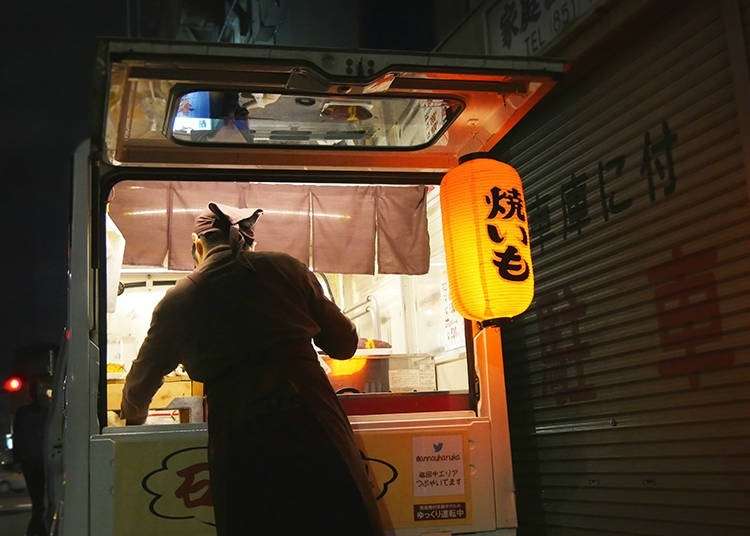 Instead of Ice Cream Trucks Japan Has... Hot Potato Trucks?

Do you want to keep warm this winter and surprise your taste buds at the same time? Look no further than Japan’s traditional winter snack: yaki-imo. Although there have become less and less of them, yaki-imo are traditionally sold out of special trucks that drive around the town looking for customers wanting to try these delicious sweet potato snacks. Not too long ago, the music from yaki-imo would ring through the streets and people would hear the trucks blast ishi-yakiimo~ from their speakers. Kids would flock to the trucks with their parents’ money to get their sweet snacks. Like a lot of other foods, yaki-imo can now be bought conveniently at most supermarkets and thus yaki-imo trucks are not seen as often. However, we were lucky enough to get an interview with Okuno, a man who is doing his part to keep the yaki-imo truck culture alive. 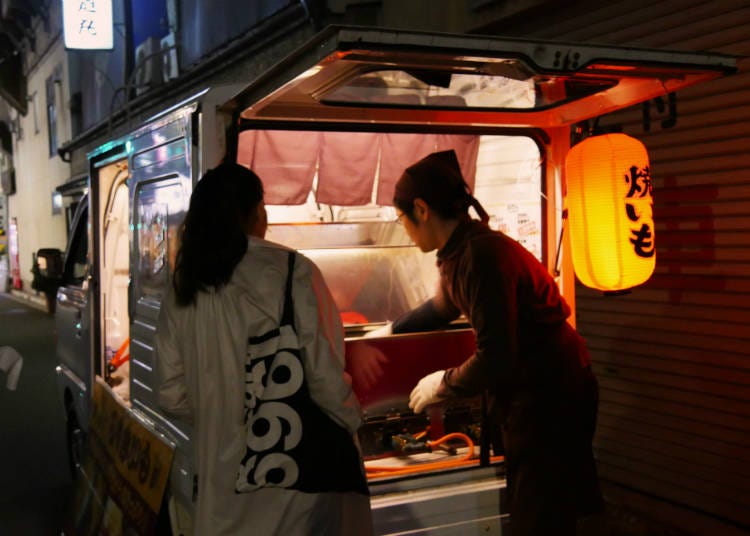 Not even minutes after setting up his truck for the interview, we were even lucky enough to witness his first overseas customer! 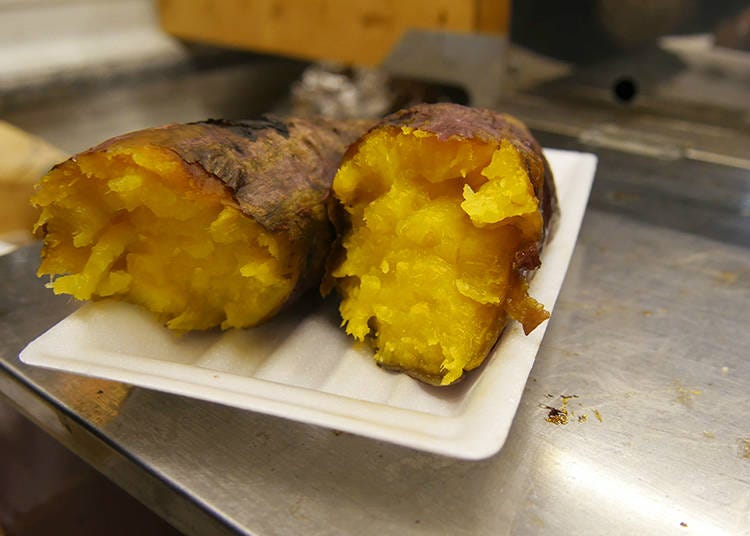 After setting up his truck, Okuno treated us to his tasty yaki imo. With the first bite, the juicy potato filled my mouth and nostrils with a savory sweet aroma and left my taste buds wanting more. Being skilled in the IT field, he gets most of his customers through social networking sites such as twitter and even has his own website. He even takes requests online for locations where customers want him to visit. According to Okuno, it’s quite common for customers to buy not just one, but four or more potatoes at a time which really helps his sales.

Starting his Own Yaki-Imo Business 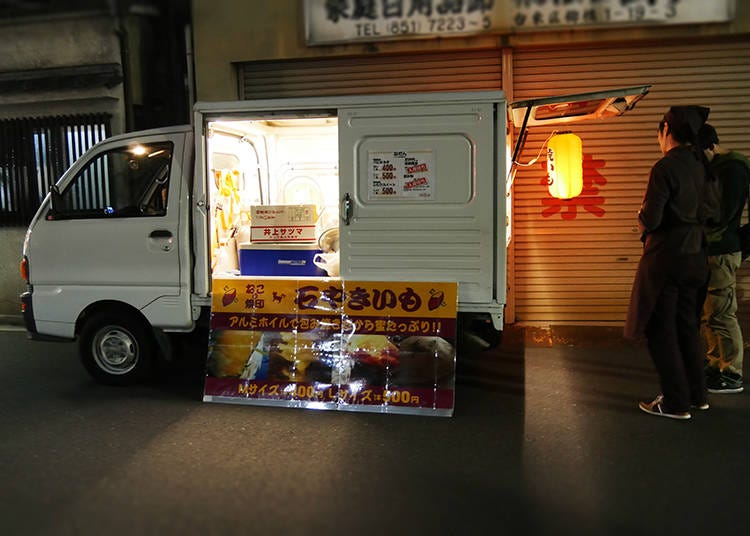 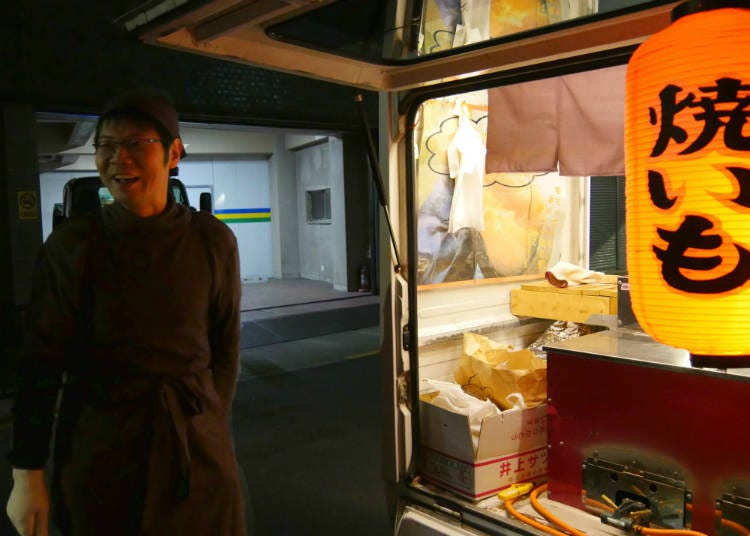 So how did Okuno begin selling yaki imo on the streets and what’s his secret to creating such a delicious treat? Okuno had always been interested in yaki imo and he and his wife had been wanting to start their own business for a while. After doing some research and looking into the cost of buying a truck, he was surprised to find a good truck that was actually quite affordable. Furthermore, the sweet potato farmer was coincidentally just right in front of that shop! According to Okuno, things just went so smoothly for him, he couldn’t afford not to start this business!

The Best Potatoes for the Best Yaki-Imo 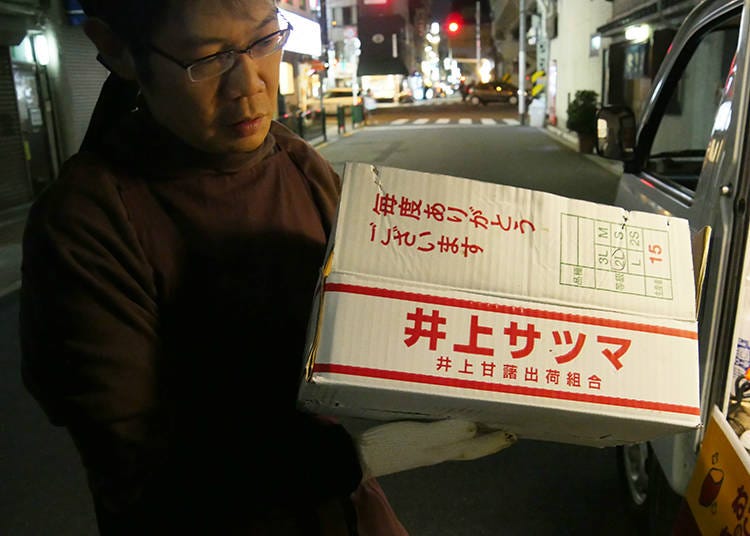 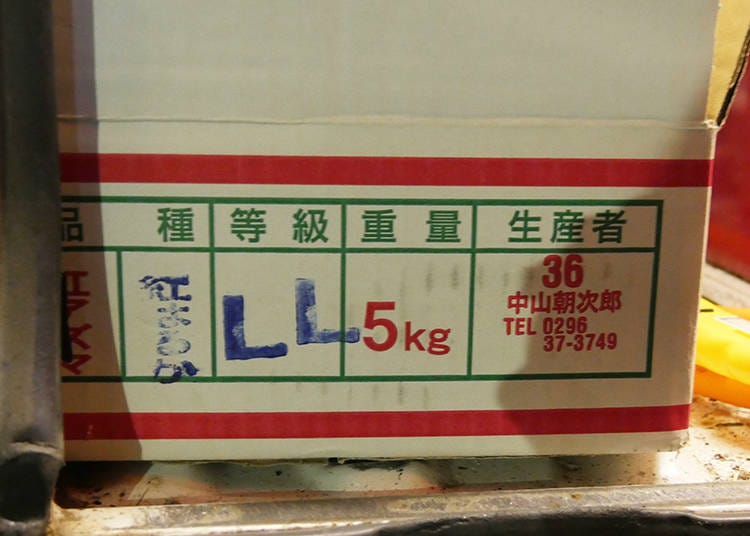 Okuno sells his yaki imo at the standard prices of 400 yen for a medium-sized potato and 500 yen for large. However, in reality, the potatoes that he uses are much larger than that of other trucks. Upon examining the cases, you can see that he is actually baking and selling XL and XXL-sized potatoes and he is very particular about which ones he uses for his yaki imo.

Temperature and Bake Time are Key 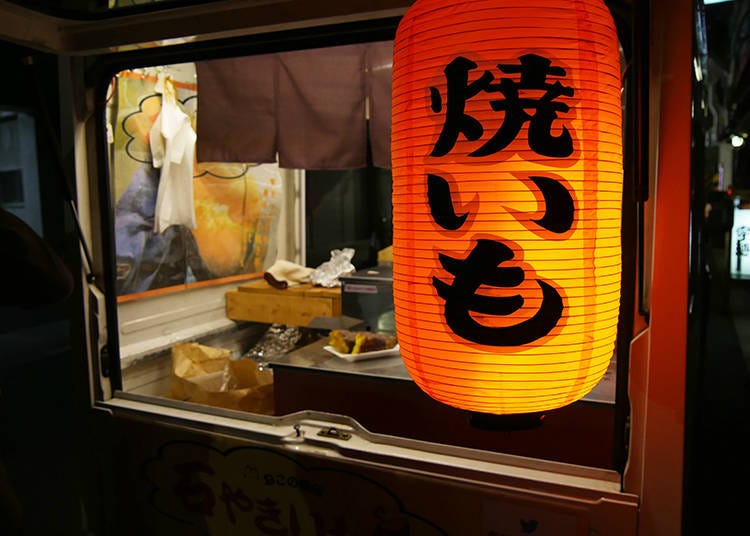 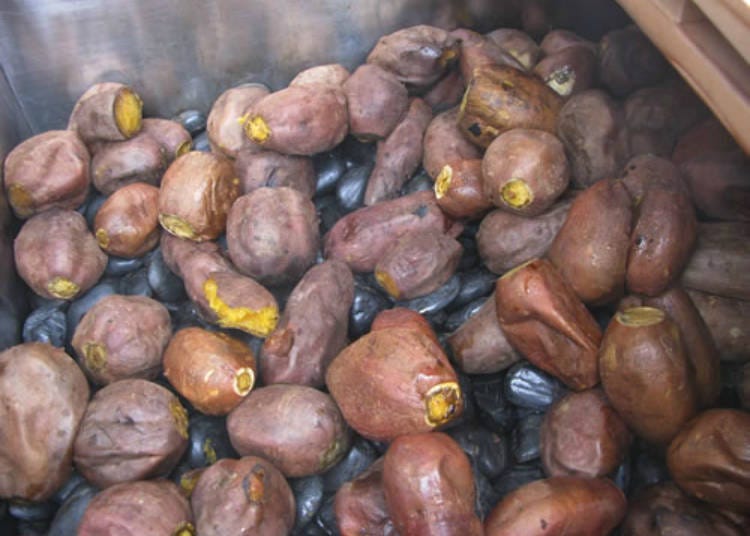 When asked about how to make the tastiest yaki imo, Okuno told us that that temperature control and how long you bake them greatly affect the quality of the product. He first wraps the sweet potatoes in aluminum foil and puts them in the gas-powered oven grill in the back of his truck. He uses a thermometer to watch the temperature of the potatoes. According to Okuno, the ideal temperature for the inside of the potatoes is 70-80 degrees Celsius and the average time he lets each one cook is around 90-100 minutes.

Skin or no Skin? 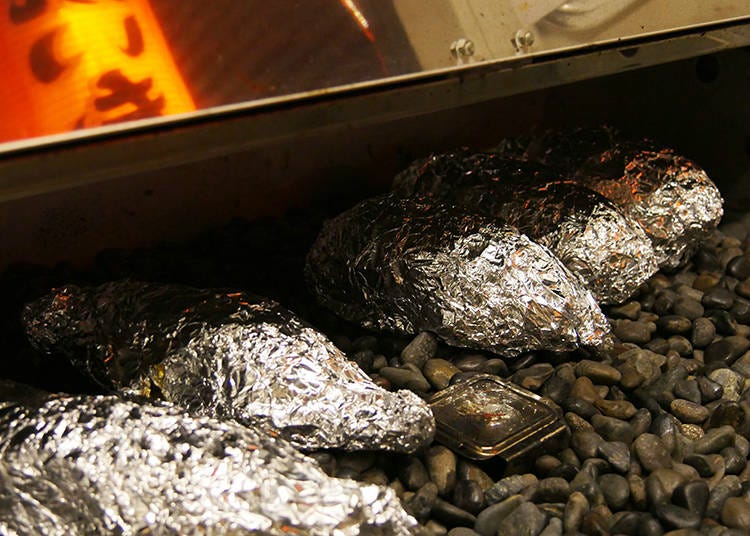 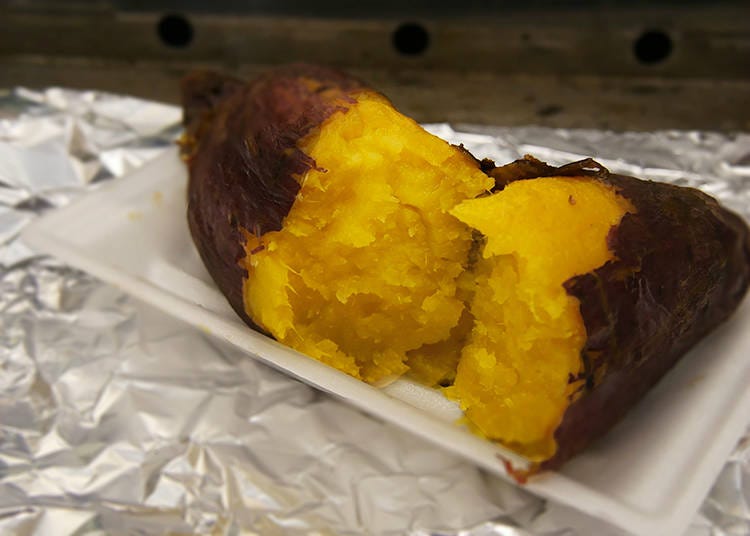 After the yaki imo are finished baking, they are moved to the warmer just behind the oven. Apparently, while many other yaki imo trucks bake their products with hotter ovens in a shorter period of time, Okuno believes baking over a longer period under lower heat is much more effective for the best-tasting yaki imo.

While other yaki imo I’ve had come with the skin peeled off, Okuno properly washes the dirt off the skin so he can sell the yaki imo with the skin still intact, which adds to the taste and texture of the delectable baked snack. 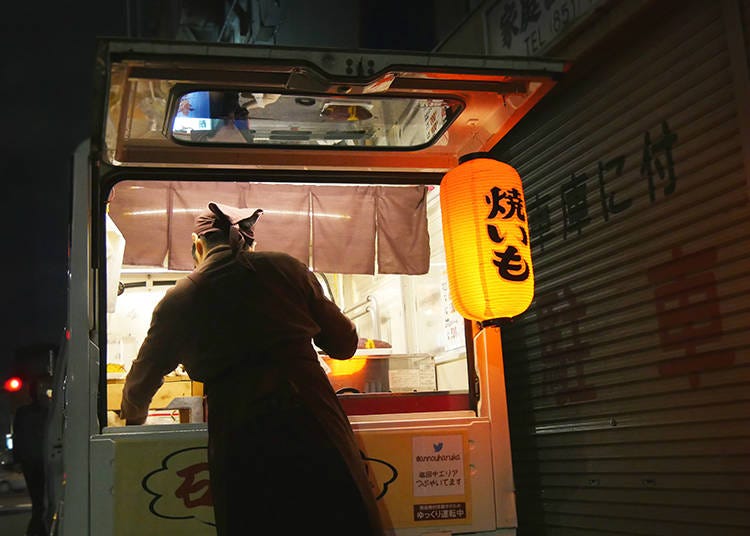 So, the next time you're walking around the streets of Japan, especially in the winter season, we encourage you to keep an eye out for one of these trucks so you can treat your palate to some delicious yaki imo!

Dates: Every year from November until April 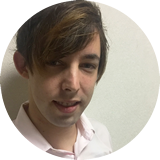 Originally from a small town outside Las Vegas, Nevada, I fell in love with Japan during a trip to Fukuoka in 2009. Having a degree in Japan Studies, I started off translating Japan-related manga and articles but now enjoy writing my own articles about the wonderful land of Japan.