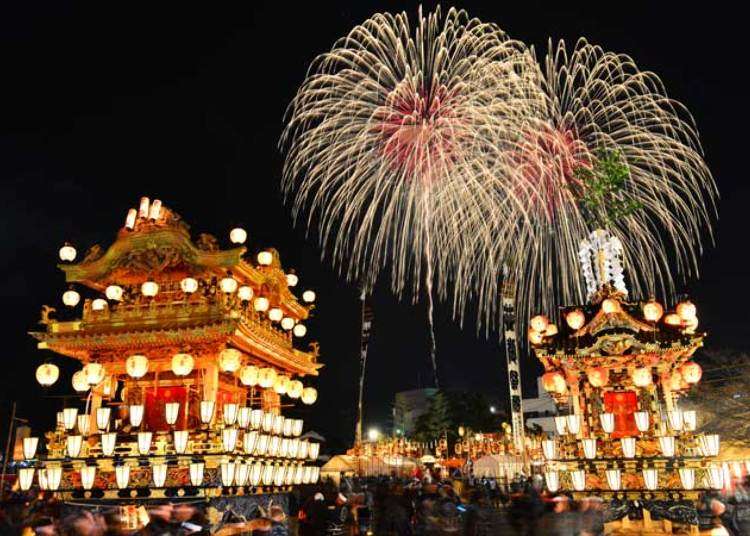 The Chichibu Night Festival in Chichibu is among the three largest and most well-known festivals, together with the Gion Matsuri in Kyoto and the Takayama Festival in Hida.

All across Japan, interesting festivals are held throughout the year. Often holding great significance within the local culture, they are an important part of Japanese society, regardless of the scale.

Taking place in Saitama Prefecture's Chichibu area, the “Chichibu Night Festival” is an important part of Japan’s historical culture. In 2016 it was registered as a UNESCO Intangible Cultural Heritage as “Chichibu Festival Yatai and Kagura.”

Given the current Covid-19 circumstances, it was announced that while the Chichibu Night Festival will go on in 2020, it will be significantly scaled back:
- Dashi Floats will not be paraded
- No food stalls or Yatai Kabuki
- Fireworks have been canceled
- Shinto rituals will be held 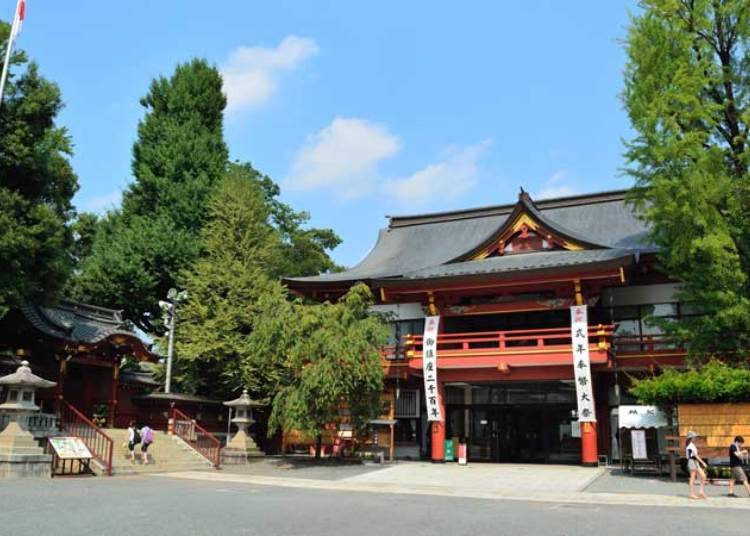 The festival has been held annually for over 300 years, and records state that some of the parade floats were built between 1716 and 1736. During the Edo period, Chichibu became known as “Silk City” (Kinu no Takamachi), and along with the festival benefited the economy greatly.

In ancient times, the shrine was founded by Chichibuhiko no Mikoto, and was reportedly the origin of the worship of Mt. Buko. Also according to legend, he taught silk weaving to the local residents.

The Chichibu Night Festival takes place annually on December 2nd and 3rd, and is the final celebration of the year for the people of Chichibu. Historically, it took place once farming had finished for the year as had gathering firewood for the coming winter.

Also simple called the “Night Festival” or “Winter Festival,” the popular event features a parade of large floats and fireworks, and attracts many tourists. In 2018, about 280,000 people attended the two-day celebration. 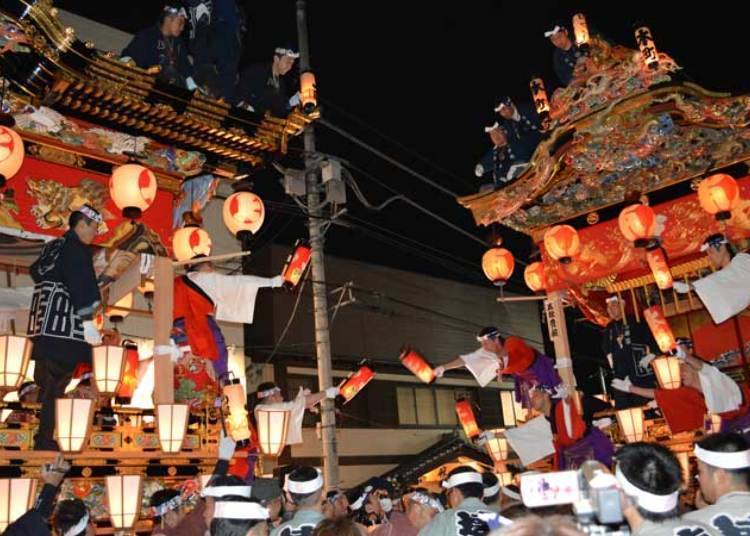 On December 2nd, called “Yoimiya,” four floats (Miyaji, Kamimachi, Nakamachi, Honmachi) start moving around the city center’s main streets in the morning. Their passing each other without colliding is impressive! 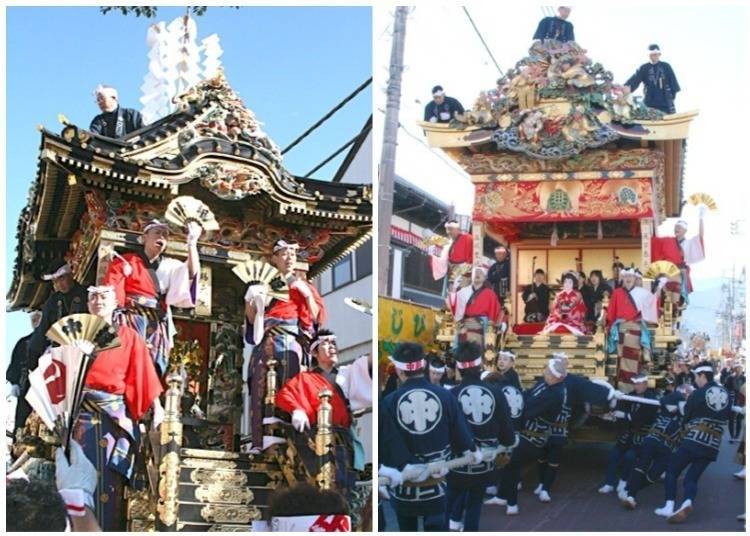 There are two types of floats: “Kasaboko” and “Yatai”. Kasaboko have a large umbrella made of countless ornamental flowers on their roofs. However, electric power lines were installed over the parade route in 1914, so the floats haven’t featured the umbrellas when parading since then. Yatai are equipped with curtains and stages for Kabuki performances. 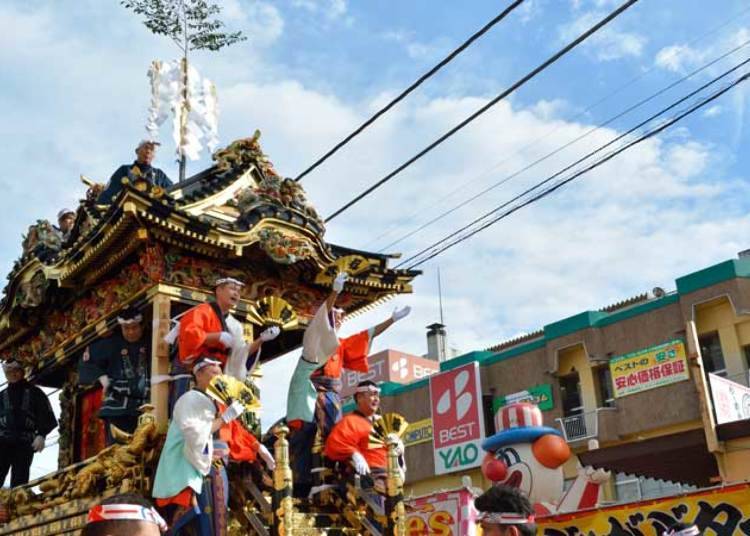 On December 3rd, called “Hongu” or “Great Festival,” the four floats parade as they did the day before, and are joined by two more extravagant floats often called “moving Yomeimon” (the gate of Nikko Toshogu shrine). The floats, designated as national tangible folk cultural properties, are worth checking out! 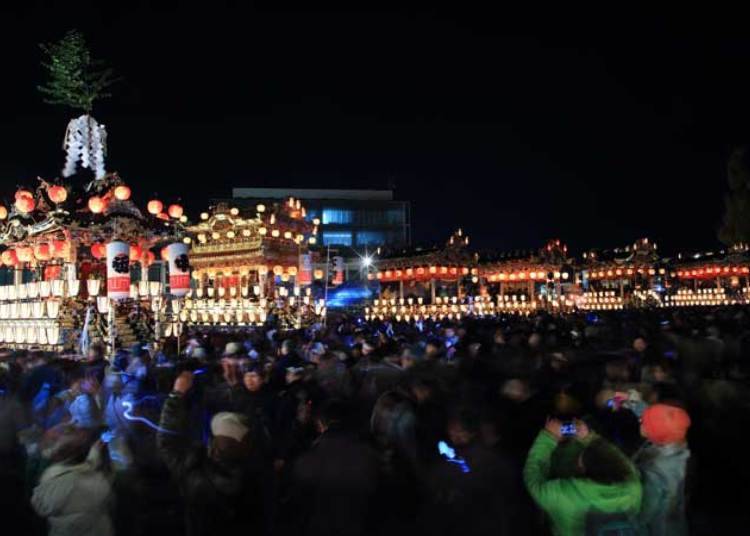 At night, the floats’ lamps are illuminated, making the scene even more brilliant. One of the highlights of the evening is the musicians (called “hayashite”) who perform from atop the floats.

Around 7 p.m. the floats leave the area around Chichibu Shrine, and the festival reaches its peak around 10:00 p.m. when they arrive at the Otabisho (event site).

One of the most famous legends associated the Chichibu Night Festival is that the god of Mt. Buko (snake god Zao Gongen) and the goddess of Chichibu Shrine (Myoken Bosatsu) have a once-a-year tryst. They are said to meet at the Otabisho. The god has a wife, Yasakatome-no-kami of Suwa Shrine, and in order to avoid offending her the hayashite stop performing as the floats pass the main Suwa Shrine, in a custom called “Suwa Watari” (“Suwa Crossing”). 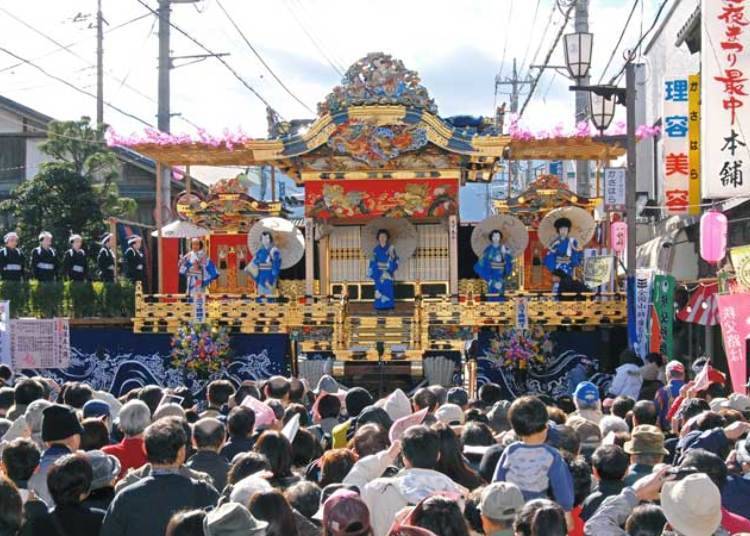 At the Chichibu Night Festival, there are performances such as “Whisper Dance” and “Yatai Kabuki” dedicated to nagauta - traditional songs. Yatai Kabuki is performed on the four different floats. For performances, an overhanging stage and additional stage pieces are added to the front and sides of the floats to create a wide, temporary theater. 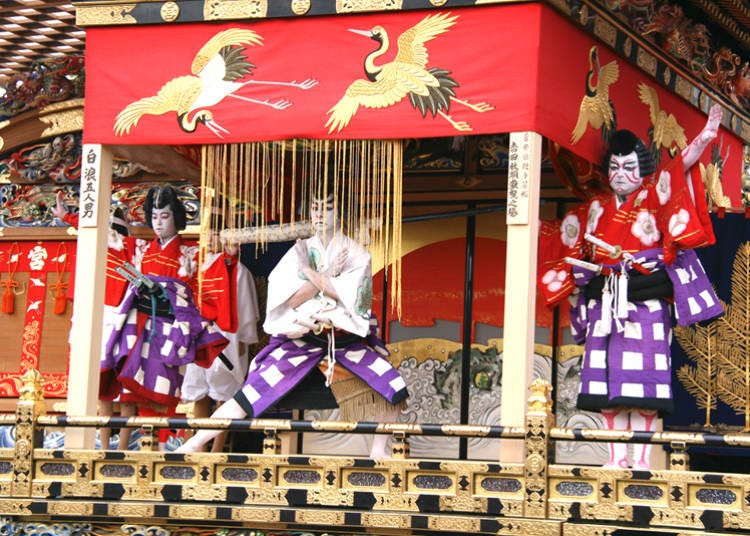 The performance features Edo Kabuki, characterized by realistic productions based on the life of the common people. This style of performance and the temporary stages are rare in Japan, and the skill involved in stage preparation and the kabuki performance is a must-see. 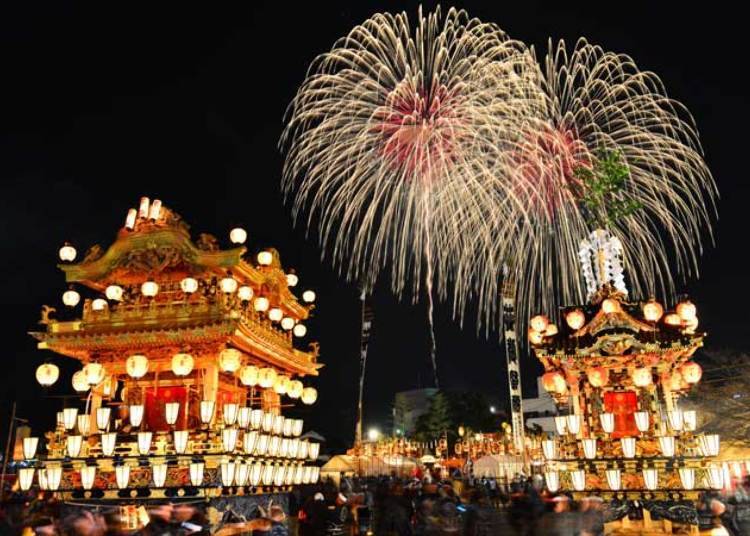 Co-starring in the festival and some of the most impressive aspects of the Chichibu Night Festival, are the fireworks that dye the night sky and the light of the lanterns on the floats. This is one of the largest fireworks festivals in Japan, and one of the few held in winter.

In recent years, the show has become even more gorgeous. The combination of beautifully illuminated floats and vivid fireworks, including the “star mine,” huge flower-like “shakudama” blooms, and the “golden waterfall” are a must-see! 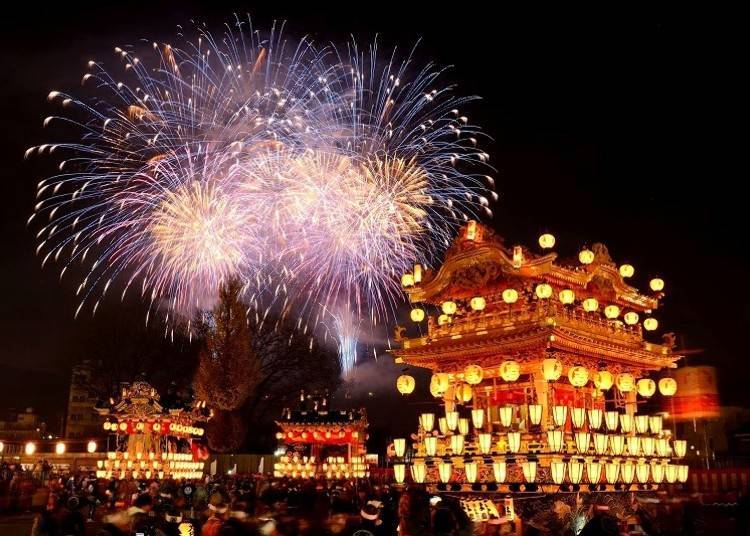 Because the festival area is small, the fireworks are best seen from rooftops in Chichibu city or places with a more open view of the sky, such as in front of Seibu Chichibu Station.

Access: How to get to the Chichibu Night Festival from Tokyo

If you’re coming from Tokyo or Shinjuku stations, you’ll need to first go to Ikebukuro Station via JR or Tokyo Metro and then take a Seibu Railway express train from Ikebukuro.

* This article was originally published in August 2019 with information as of November 2020 added.

Chichibu Japan: Best Things to Do in This Secret Paradise Near Tokyo
(Chichibu Dining Guide) Huge portions! 3 local spots to eat when you come to Chichibu
Moss Phlox at Hitsujiyama Park: The Stunning Beauty of Shibazakura!
Explore Chichibu: Breathtaking Nature and Japanese Culture Just Outside Tokyo!
*This information is from the time of this article's publication.
*Prices and options mentioned are subject to change.
*Unless stated otherwise, all prices include tax.