HOME Tokyo and Surroundings Kanagawa Kanagawa Suburbs 10 Things to do in Yokosuka Japan - An Exotic City Steeped With History! 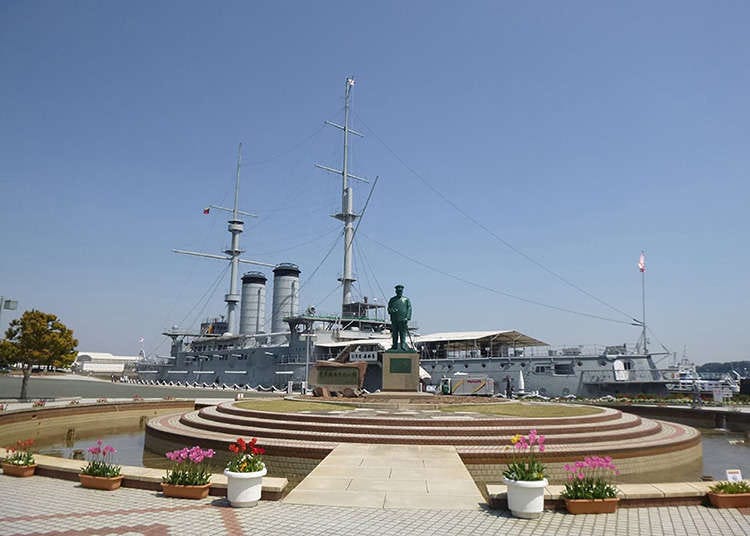 10 Things to do in Yokosuka Japan - An Exotic City Steeped With History!

The city of Yokosuka, originally prospering as a window for foreign trading and cultures, still retains its unique culture as a home to a major United States Navy base.

In Yokosuka, you'll find many spots featuring the achievements of people who contributed to realizing cultural exchanges with foreign countries. Yokosuka could be called "Little America" as it gives a combined atmosphere of the US and Japan.

1. Verny Park: A French garden facing the Port of Yokosuka 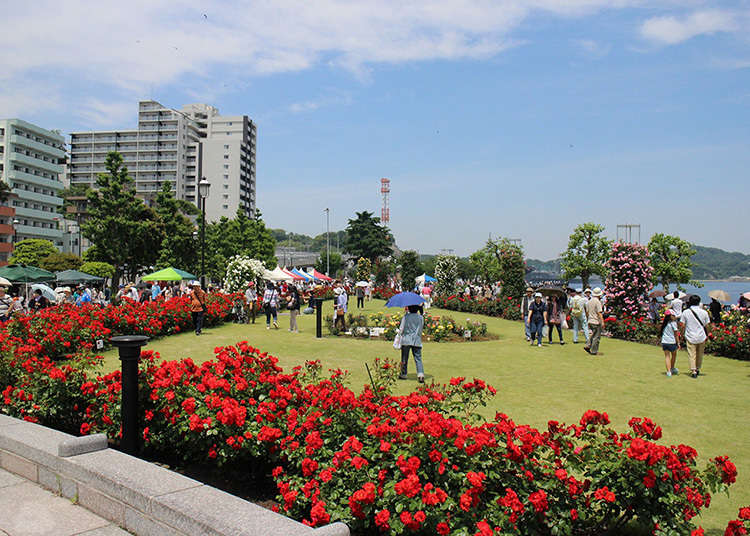 This French garden opened as a seaside park in 1946. It is called Verny Park in commemoration of Léonce Verny, a French engineer. About 2,000 roses are planted in the center of the park, and the Spring Rose Festival is held in mid-May every year.

There also lie historic buildings like a building constructed as a station for guards patrolling the former Yokosuka Naval Port and a memorial monument for the former Japanese Navy officers. One of the charming points is the cafe and restaurant in the building's annex, where you can enjoy your meal glancing over the port. 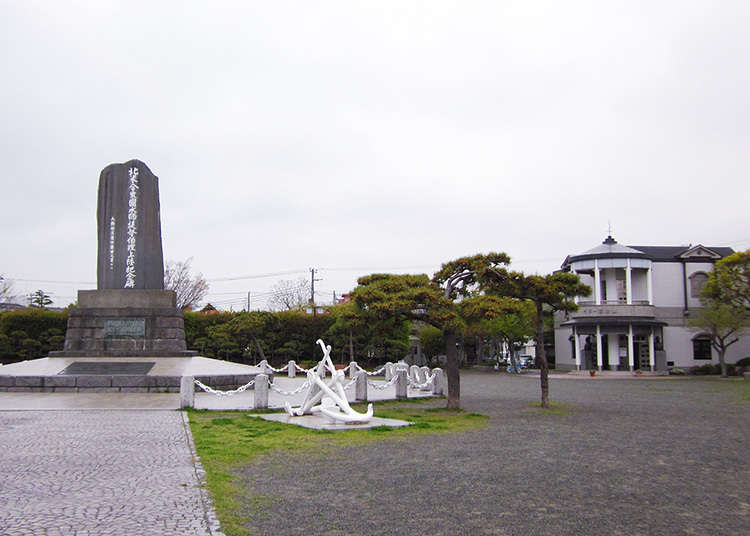 In 1853, Commodore Matthew C. Perry of the United States Navy arrived with his 'Black Ships' and ordered Japan, which had closed its borders, to open the country to the world.

Perry Park commemorates Commodore Perry's landing in Uraga. In the center of the park lies the monument of Perry's landing, erected by American Association members in 1901. There is also a building of the Perry Commemorative Museum, which opened in 1987 and helped the visitors become aware of his achievements.

They exhibit dioramas accurately depicting the landscape of Kurihama at that time and the black ships. The exhibit also includes references such as the Kurihama Landing Map and drawings. 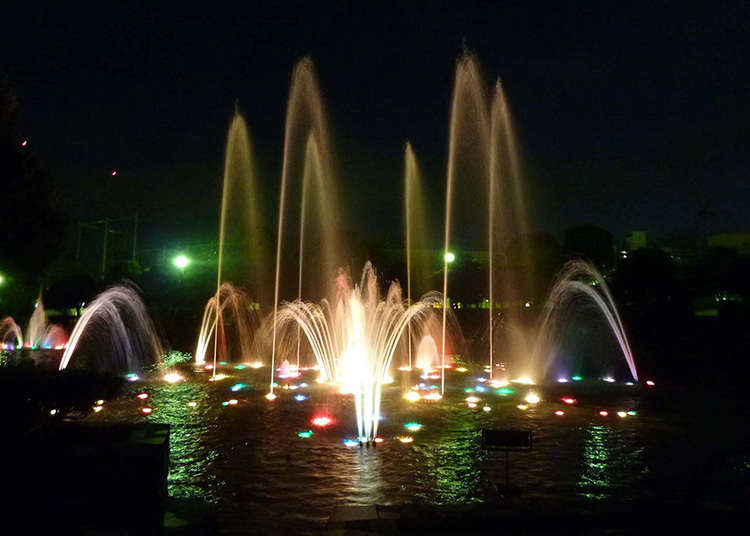 Mikasa Park is a park representing Yokosuka as it was chosen out of the "100 Japanese City Parks" and the "100 Historical Parks."

It was constructed with the theme of "water, light, and sound," and there arise big and small fountains six times a day (seven in summertime).

Its symbol is a battleship named Mikasa, which flourished in the Russo‐Japanese War and is one of three commemorative battleships in the world.

Most of the exhibits are related to the former Japanese Navy, such as the bronze statue of the Commander-in-Chief of the Combined Fleet, and cannonballs shot from Yamato-class battleships. They have high historical value.

4. Tsukayama Park: A famous place where you can see historic sites, cherry blossoms, and a view of Yokosuka 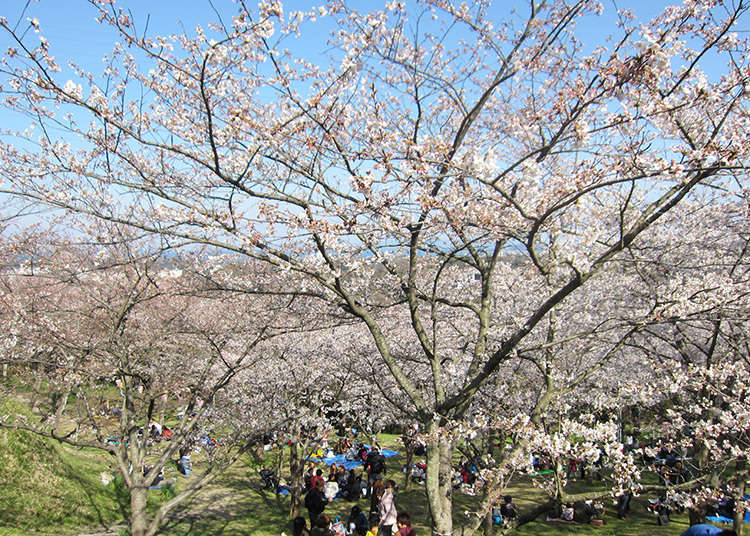 Englishman William Adams was an adviser on diplomacy for Ieyasu Tokugawa, who was the first shogun (General) of the Edo Shogunate. Adams went by the Japanese name of Anjin Miura ('the pilot of Miura') for his achievements and friendly atmosphere.

The locals and people in Itsumi constructed Anjinzuka (burial mound) to commemorate his will to pursue Western civilization.

Circling his mound is Tsukayama Park. It is now chosen for the Kanagawa 50 Picturesque Sceneries and the Kanagawa 100 Floral sites, and it has been known as a great spot for cherry blossoms. You can glance over the Boso Peninsula from the Port of Yokosuka on the viewing platform, Minatoga Mieru Oka. 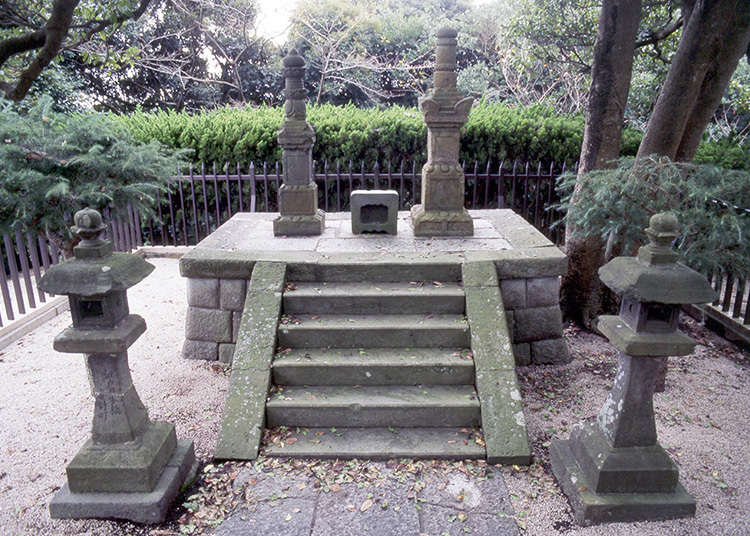 The grave of Anjin Miura inside Tsukayama Park is a memorial tower for Anjin and his wife. Not only did he work as an adviser on diplomacy to the Edo Shogunate, but he introduced elements from Western civilization like gunnery, naval engineering, and navigation.

This park is popular as a historic site that saw these introductions and for its William Adams Cherry Blossom Party held every year on April 8 in commemoration of his virtue. 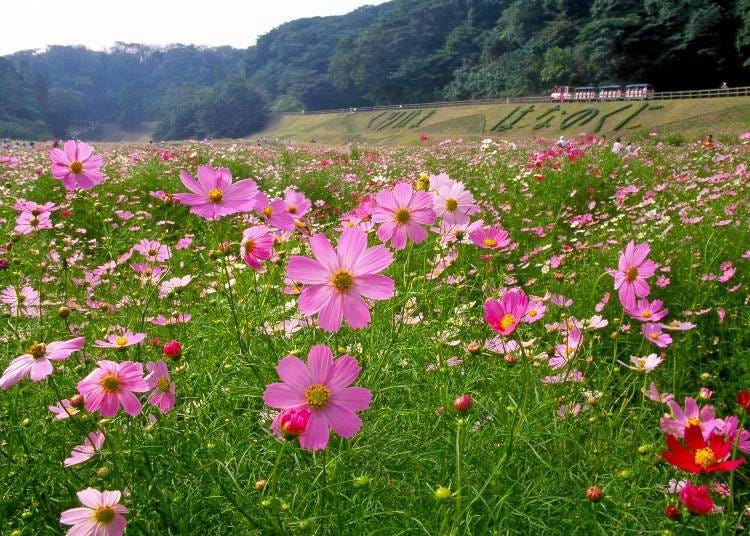 Kurihama Flower Park is a gorgeous city park that utilizes the natural terrain and features around 1 million seasonal flowers throughout the year, such as poppies in the spring and cosmos in the fall.

Kurihama Flower World is not only about flowers but is also home to a playground (Adventure Land), a golf course, an archery field, and an air-rifle field. The Adventure Land has a large play area with attractions such as huge Godzilla slides and 45-meter-long roller slides, making it very popular among children.

The Park With the Godzilla and... Pretty Spring Flowers? Guide to Yokosuka Kurihama Flower Park
Japan's Fascination with 'Naval' Curry! Top 3 Must-try Shops for Yokosuka Curry
Perfect Day-trip Sightseeing Spots Near Tokyo: Kamakura, Enoshima, Miura, Yokosuka!
Book Now ▶ Tour of Ancient Kamakura and the naval history of Yokosuka
*This information is from the time of this article's publication.
*Prices and options mentioned are subject to change.
*Unless stated otherwise, all prices include tax.