HOME Tohoku Miyagi Sendai And Matsushima Visiting Sendai in Winter: Weather, Clothes, and Everything You Need to Know For Your Trip! 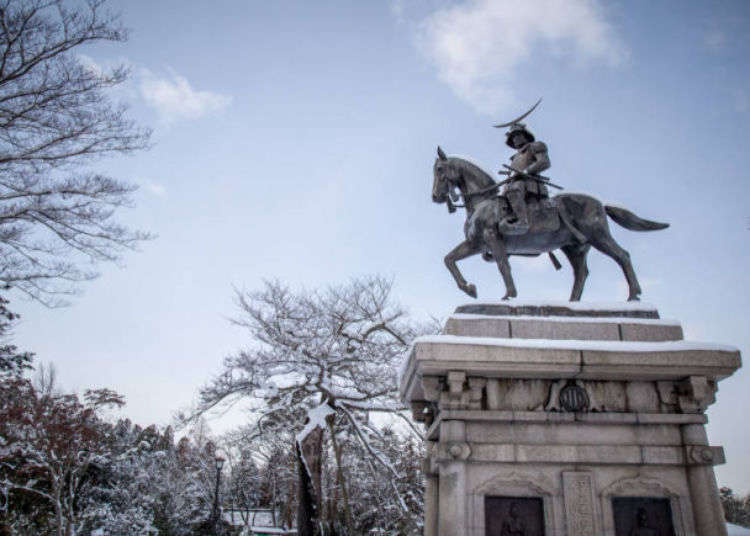 Visiting Sendai in Winter: Weather, Clothes, and Everything You Need to Know For Your Trip!

One of the things to consider when planning a trip to Sendai in winter is what the weather will be like in your destination. This is especially given that the Tohoku region experiences cold winters and heavier snowfall. While the city itself doesn’t see much snow, when visiting Sendai in winter, measures against the cold are essential.

Today, a local writer will advise you on temperatures, and clothing that will be useful during your winter trip to Sendai (December/January/February). 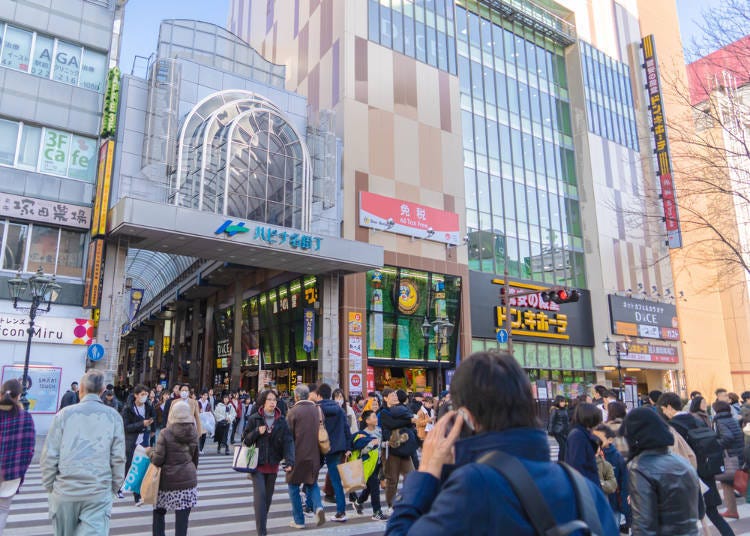 The Tohoku region is located in the northeastern part of Honshu, Japan. Sendai City, in Miyagi Prefecture, is located on an open plain by the Pacific Ocean, in the southeastern portion Tohoku. The area is pleasant to visit all-year-round, as the ocean is nearby and there are many sunny days. Although Sendai is cold in winter, snow has fallen only once or twice in the past few years.

The city center is well connected with a good public transportation system of trains, subway, and buses, making sightseeing easy even in bad weather. 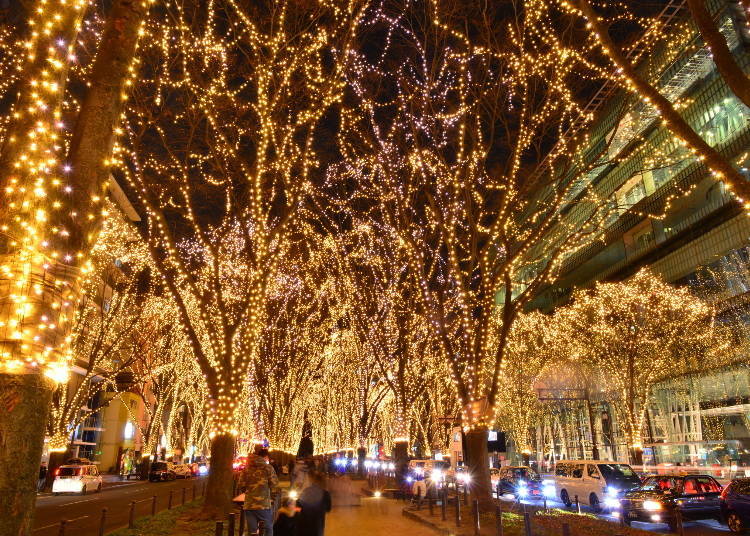 The average temperature in December is 4.5℃. The average high temperature is 8.4℃, and the average minimum is 0.9℃. The past few years have been characterized by milder winters in Sendai, and even the first December snow tends to be less copious than it used to be. However, to be ready for every eventuality, it’s best to prepare for snow.

Average temperatures for December in Sendai (Japan Meteorological Agency: values from 1981 to 2010)

What to wear in Sendai in December 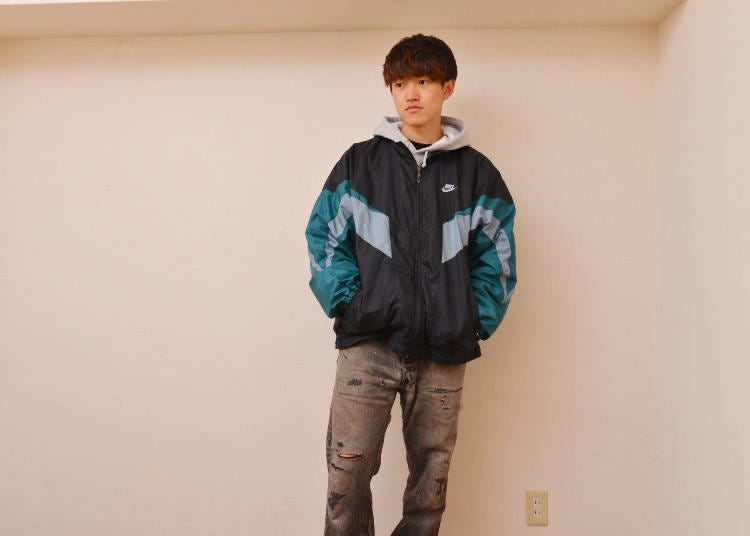 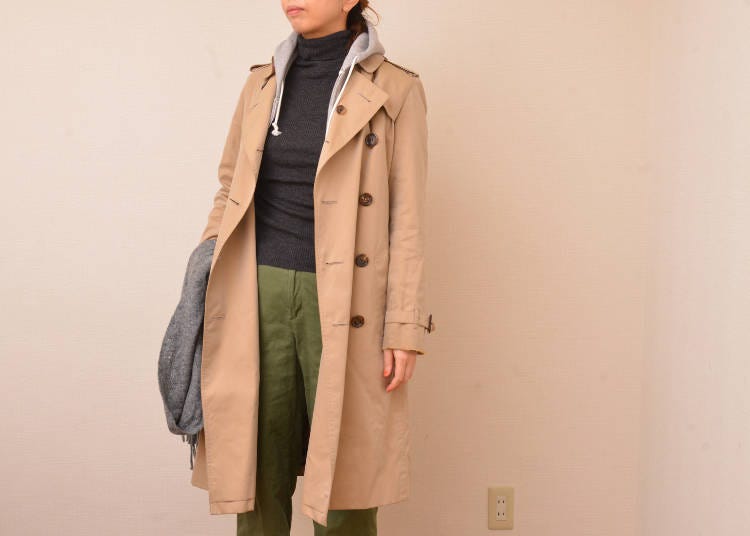 December is the beginning of the winter season in Sendai. An excellent way to protect yourself against the cold is to dress warm and in layers and wear a sweater or thicker skirt. Also, Sendai tends to have strong cold winds, so we recommend wearing a long coat, and towards the end of the month, a thicker jacket that stacks up against the wind.

The Sendai Pageant of Starlight, an illumination event, is held in December, and it represents the city of Sendai.

The primary location is Jozenji Dori Avenue, a 20-minute walk from JR Sendai Station. If you use the subway, take the Namboku Line from Sendai Station, which will take about 10 minutes. Get off at Kotodaikoen Station, and walk a short distance from there.

From early December until the 31st, the trees at Jozenji Dori are lit up with hundreds of thousands of LED lights. Walk along the center of the promenade, and you’ll feel like walking in a tunnel of light. 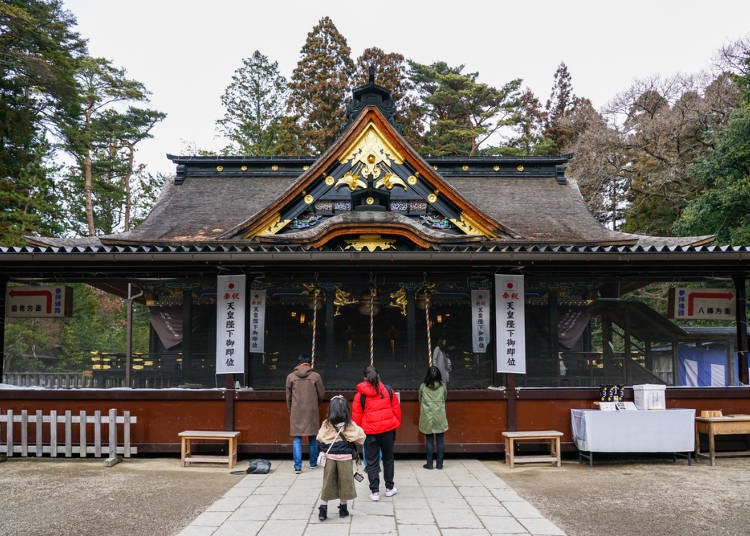 The average temperature in January is 1.6℃. The average maximum temperature is 5.3℃, and the average minimum is -1.7℃. Also, snowfall peaks in January and February. The deepest amount of snow in the last 30 years has been around 10cm, which is not much per se, but it’s enough to disrupt public transportation, so having a well laid out plan is recommended.

What to wear in January in Sendai? 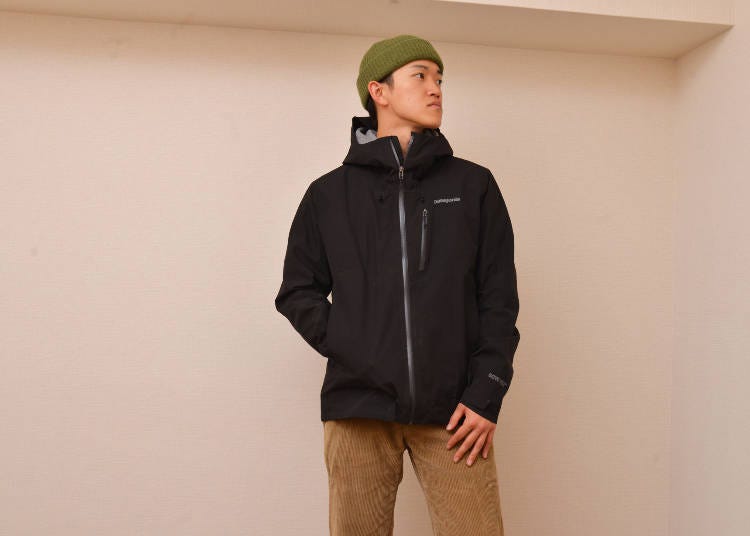 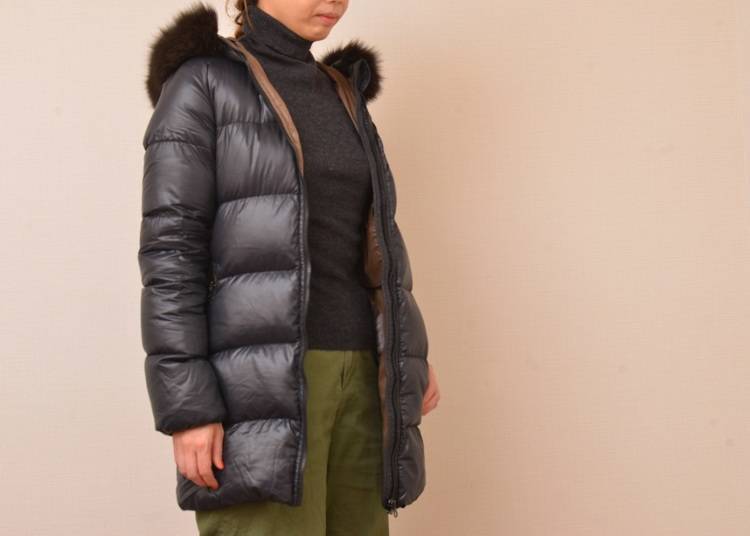 In January, when the winter season is in full throttle, a heavy jacket is the best way to approach the outdoors. Pack hats and gloves to protect yourself from the cold. A hooded coat will also be useful in case of a sudden snowfall.

On New Year's Day, it’s traditional to visit Osaki Hachimangu Shrine. From January 1 to January 3, there are many small stands selling food and souvenirs along the path to the shrine, and it’s filled with people. The Matsutaki Festival is held at the shrine on January 14, where the New Year decorations and amulets people had in the previous year are burned in a ritual ceremony. On that day, people pray for a year of health, safety for their family, and prosperous business.

Osaki Hachimangu Shrine is 45 minutes from JR Sendai Station via the Rupuru Sendai loop bus. The shrine is located at the Oosaki Hachimangu Mae stop. 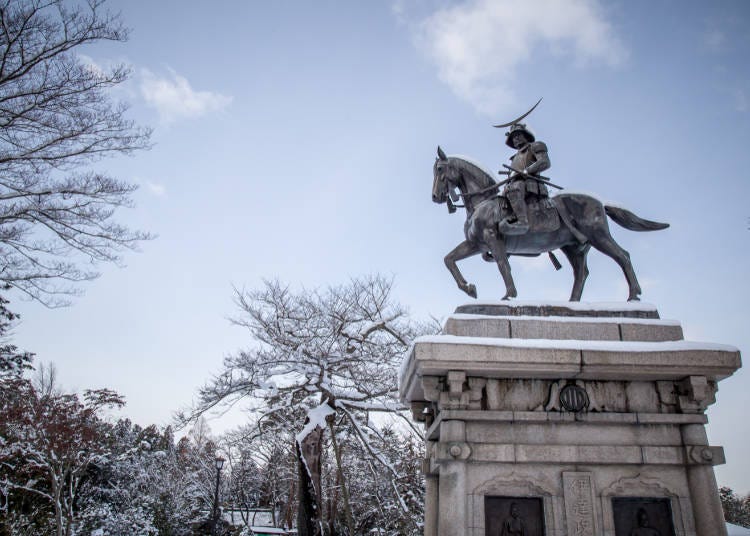 The average temperature in February is 2℃. The average high temperature is 5.9℃, and the average lowest is -1.5℃. There is some snow, but, similarly to January, not a lot of it. Nevertheless, be careful when driving, and also when walking or using public transportation. In February, the air tends to be dry, making measures to protect oneself against the cold even more important.

What to wear in February in Sendai? 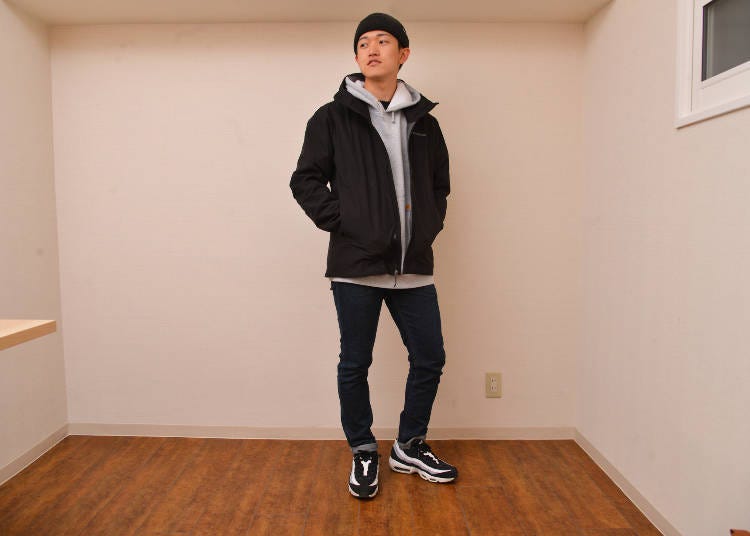 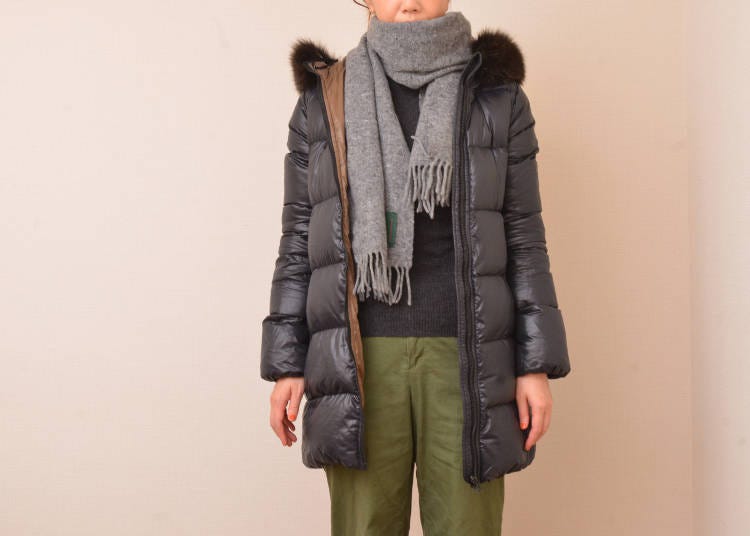 Temperatures are similar to those in January, so you pack the same clothes. Also, people who are particularly sensitive to cold should wear heavy socks and tights. Another handy tip is to pick up a few disposable heat packets that are sold at convenience stores and drug stores.

In Sendai, February is the month to enjoy local foods that help fight the winter cold. We recommend Sendai gyutan, succulent beef tongue grilled over charcoal, and Seri-Nabe, a hotpot stew made with Japanese parsley, duck, and chicken. There are many restaurants in the city center for you to try the local sake, including some nearby JR Sendai Station.

From December to February, there are many winter illuminations and traditional Japanese events, all of which will make for a memorable trip to Sendai in winter. There are also ski resorts near Sendai (and in Tohoku in general), and they all open around mid-December every year. After exploring Sendai, head out to relax or enjoy some of the winter sports.

Visiting Sendai in Autumn: Weather, Clothes, and Everything You Need to Know For Your Trip!
*This information is from the time of this article's publication.
*Prices and options mentioned are subject to change.
*Unless stated otherwise, all prices include tax.