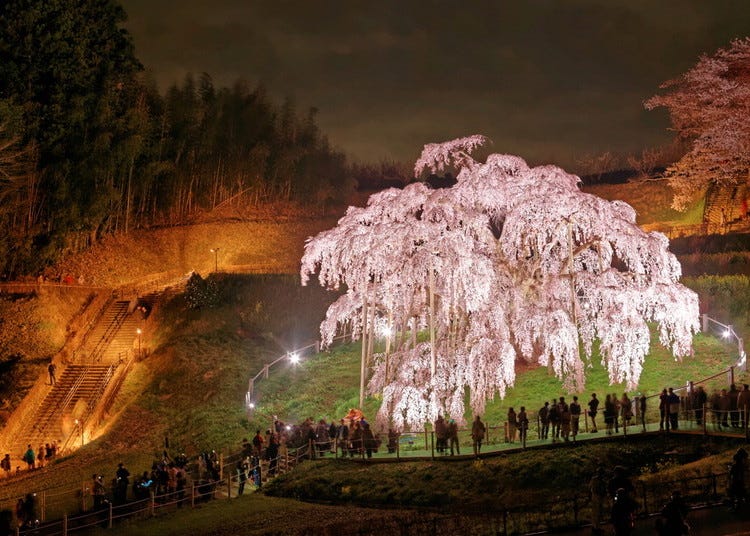 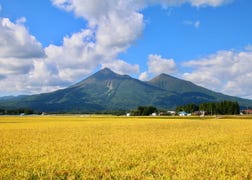 Although it is said that Fukushima's name derives from when Kimura Yoshikiyo renamed Suginome Castle as Fukushima Castle around 1593, the precise origin of the "Fukushima" name itself remains unknown. The prefecture, located in the southern Tohoku, is Japan's third largest. The Pacific Ocean spreads in front of Lake Inawashiro at the foot of the magnificent Mt. Bandai in eastern Fukushima, complementing the area's abundant natural splendor. Thanks to its proximity to Tokyo by Shinkansen, Fukushima is just 1.5 hours from Tokyo. This makes it a popular day-trip destination. It's also a popular place to explore some history, as it prospered under the Aizu Domain during the Edo period. As for food, delicious dishes like Kitakata ramen and soba are well known and popular. 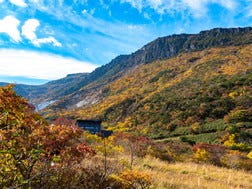 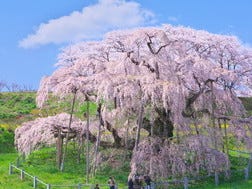 The Koriyama area is famous for its cherry blossoms. The Miharu Takizakura, cited as one of the three most famous best cherry blossom trees in Japan, is designated as a natural treasure and estimated to be over 1,000 years old. Many visitors travel to this area to see these rare cherry blossoms, which also include the Beni Shidare Jizo Zakura, said to be some 400 years old. 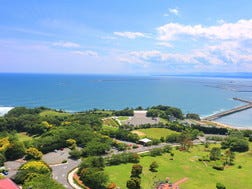 Coal mining began around here from the start of the Meiji period and contributed to the development of modern Japan. The city is currently the second most populous in the Tohoku region and features sightseeing attractions famous among the Japanese, such as Spa Resort Hawaiians and Aquamarine Fukushima. 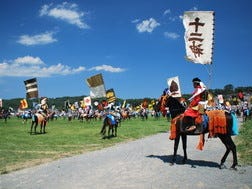 Soma Nomaoi (an equestrian festival with horsemen in traditional samurai armor), a designated Important Intangible Folk Cultural Property, is a traditional event said to have originated from religious rituals from over 1,000 years ago. The highlight of the three-day event is the main festival on the second day, where you can thrill to dramatic performances including Ogyouretsu, a procession of horsemen in samurai armor, Kacchu-keiba (an armed horse race) and Shinki-soudatsusen (sacred flag competition where several hundred warriors rush toward the sacred flags and fight each other to capture them).

From Tokyo Station: Ride the Morioka-bound Tohoku Shinkansen for 94 min., and get off at Fukushima Station.

From Tokyo Station: Ride the Morioka-bound Tohoku Shinkansen for 80 min., and get off at Koriyama Station.

Popular things to do in Fukushima, Koriyama And Iwaki