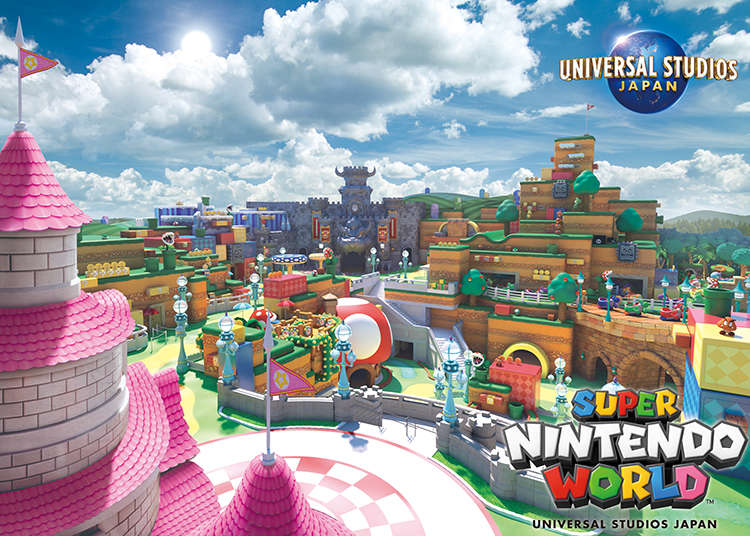 Super Nintendo World is just like entering a Warp Pipe into the world of Mario! This fun collaborative effort between Japan's Nintendo and Universal Studios Japan opened to the world on March 18, 2021.

After a delay in opening due to the novel coronavirus, the opening date has finally been released. And for fans who just can't wait, the Mario Café & Store opened on October 16 - a world-first!

What is Super Nintendo World? 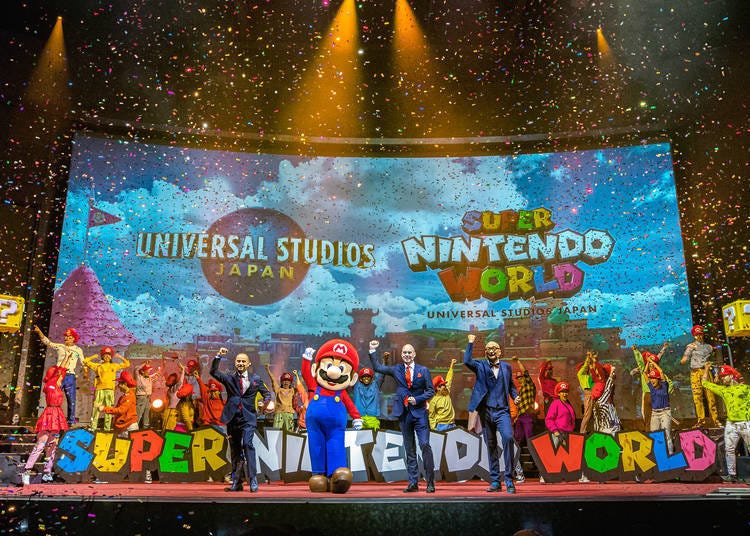 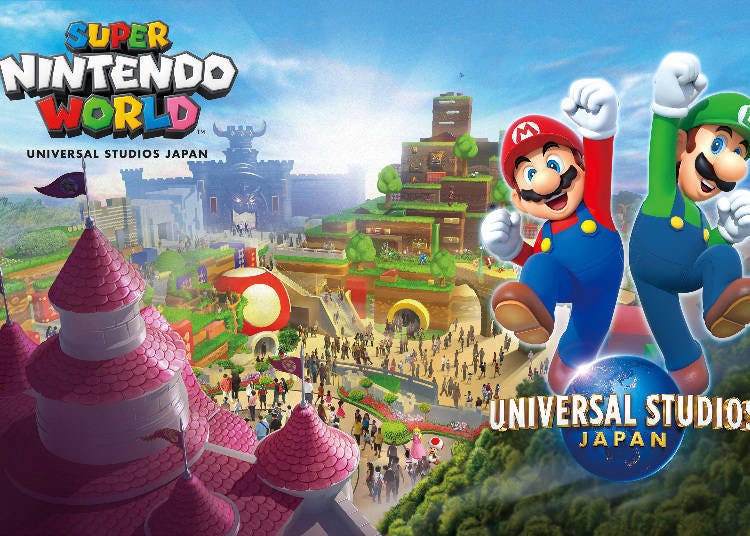 According to the official Universal Studios Japan website, the much-anticipated Super Nintendo World has a planned opening date of March 18, 2021!

Super Nintendo World allows you to experience the game world of Nintendo in a life-size fashion. It reproduces the world of Nintendo's popular characters and games. It has the unique feature that users can enjoy participating in competitions with one another in the attractions enabling everyone to enjoy them together.

Players can actually enter and play in the world of Super Mario within the area. See how well you can do in Mario Kart and also venture forth into the Peach Castle and Bowser Castle that are well-known in the world of Mario.

There are a variety of fun attractions, such as one in which you ride on the back of the popular character Yoshi while exploring the world of Mario. Fans have eagerly been awaiting this opening because it allows them to actually experience becoming Mario.

Super Nintendo World: A new age theme park that interacts with your smartphone! 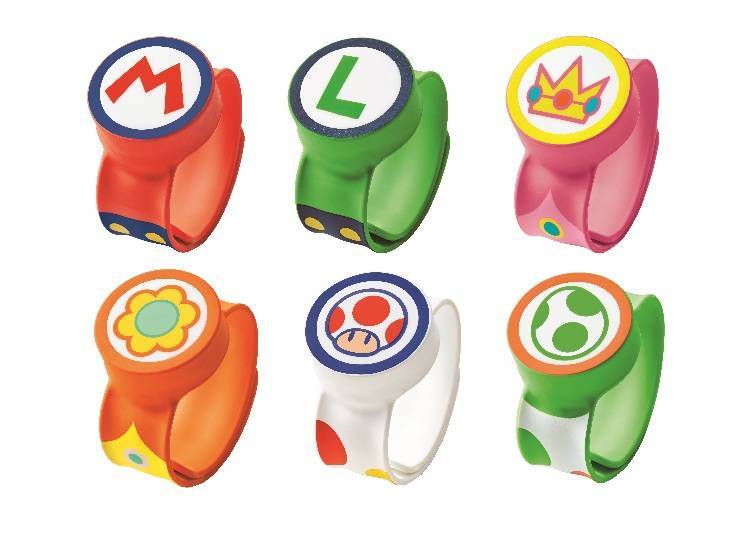 The Power Up Band introduced at this time has been a hot topic of conversation. Using the latest technology, reality and the world of games become fused as one. The wristwatch-type wristband Power Up Band can be purchased in an area. After downloading the original app onto your smartphone, you can interactively gain coins and stamps, keep records, such as your score of captures, and see your achievements and ranking. 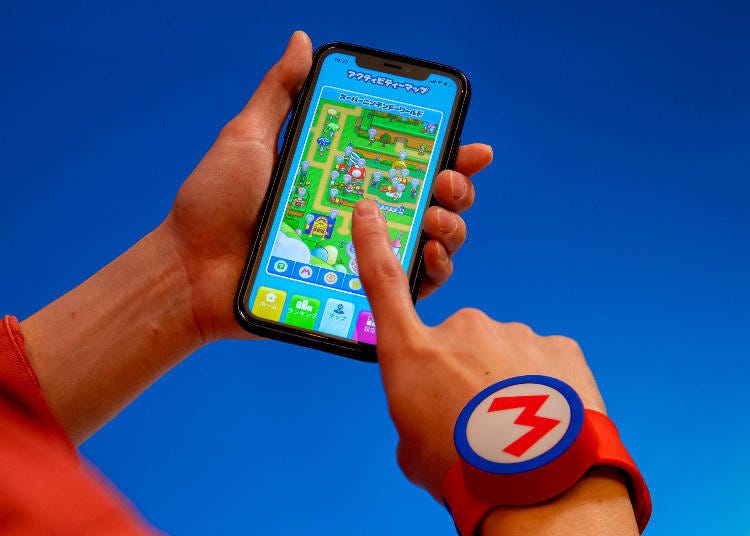 As you venture forth in the area, by actually hitting the Hatena Blocks set up here and there, you will earn the coins like Mario does in the game. By achieving the conditions set in the app, you can get Mario character stamps, and also collect coins according to the mark. You can actually experience the game world while competing with friends and other participants in real time because participant rankings are shown by the number of coins they gain. 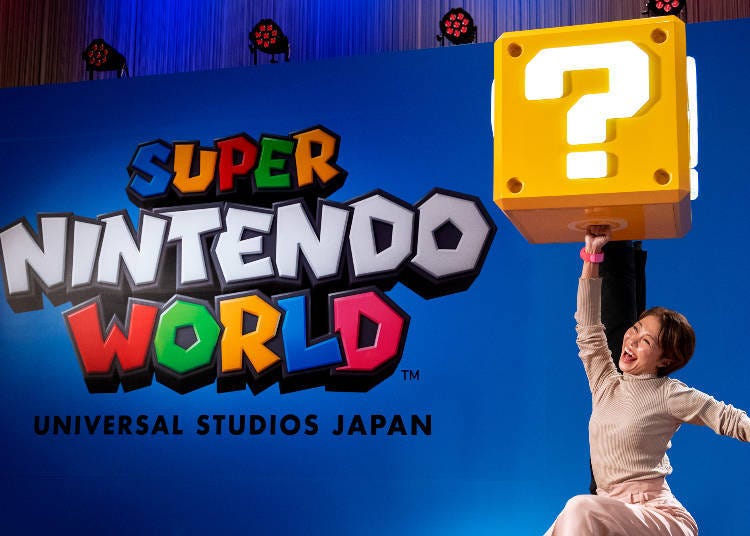 Then, cooperating with other participants, you can go up against other enemy characters in the Boss Battle.

Super Nintendo World is a theme park where you can experience a virtual game world, one in which you actually use your body, jumping and hitting blocks to collect coins and other items, making this an interactive theme park like no other and the first of its kind in the world. 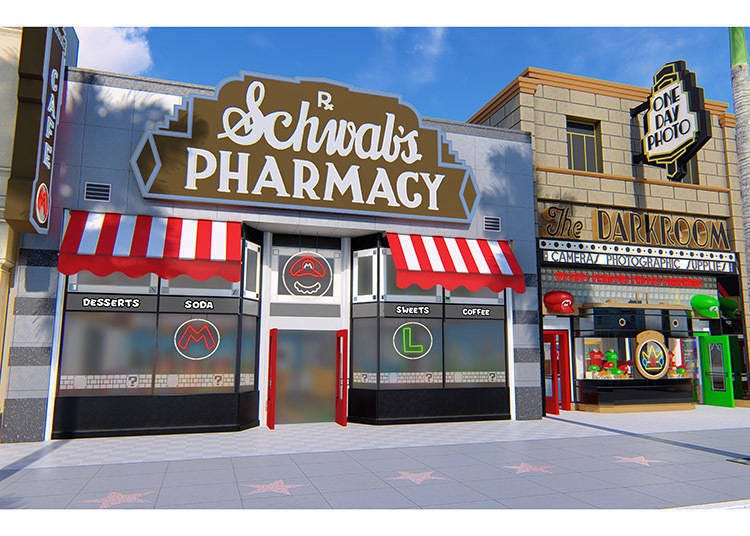 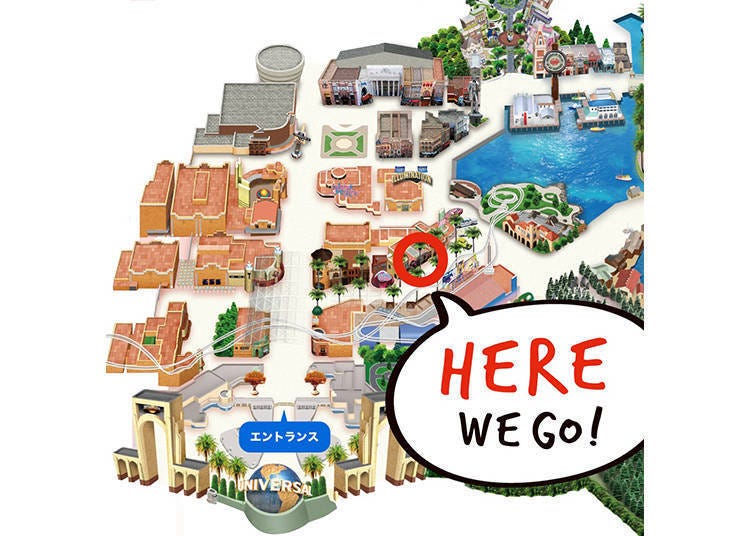 Prior to Super Nintendo World's openening, fans can enjoy the world of Mario in the Hollywood area in the park.

Mario Cafe & Store is the only one of its kind in the world! Here you can enjoy all sorts of fun themed snacks and drinks tricked out with a Mario motif. 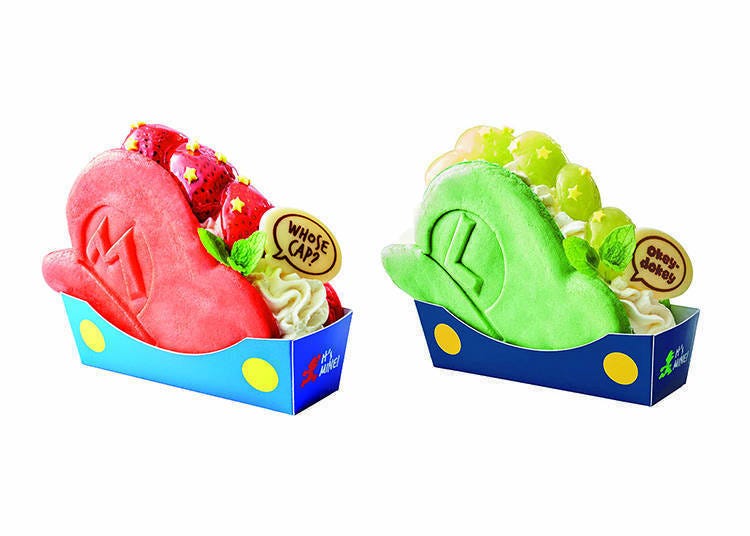 The cafe is filled with fun Mario-themed foods and drinks that are super ready for your Instagram, like the Mario and Luigi hats-motif sweet sandwiches and cute flavored ice cream sodas that pop with with Mario and Luigi's beard and Princess Peach's crown! The "Super Mushroom Drink Bottle" is also a must-have item. 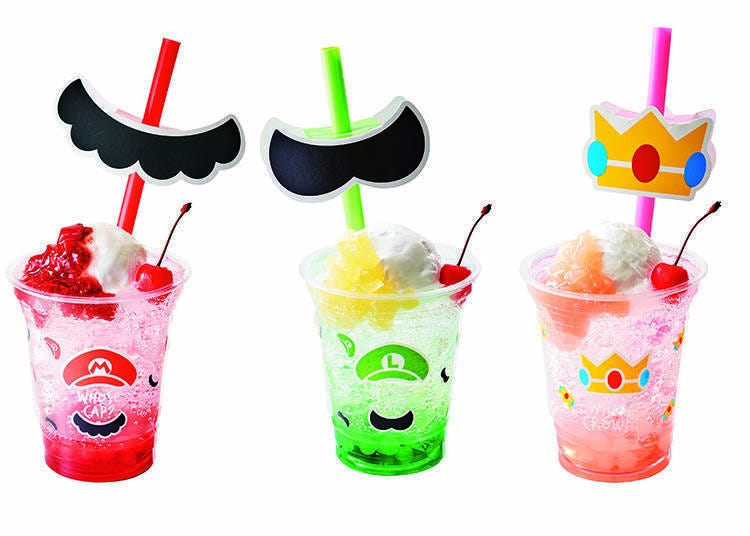 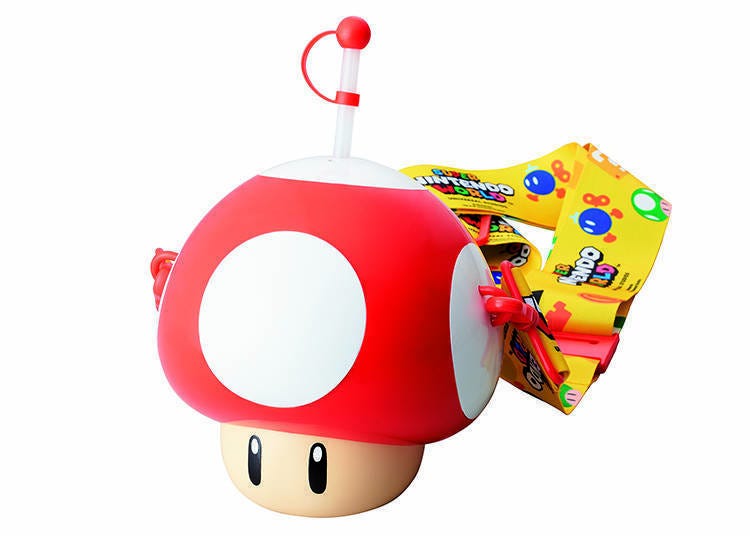 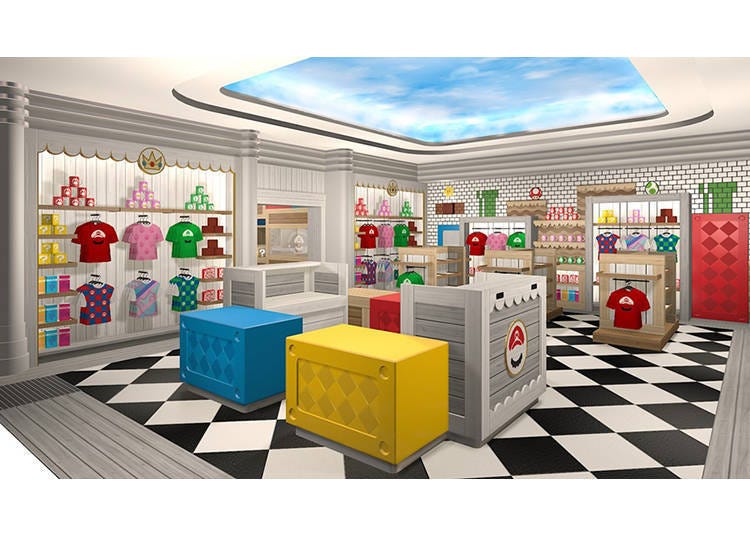 In the shop next to the cafe, you can find a huge selection of original Mario-themed merch, such as Mario & Luigi hats and Princess Peach's crown! There are lots of exciting products from pouches and cushions, to T-shirts. 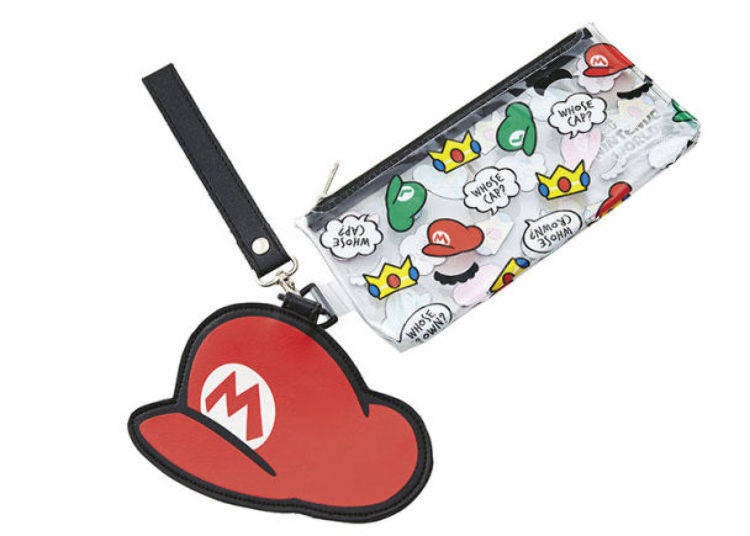 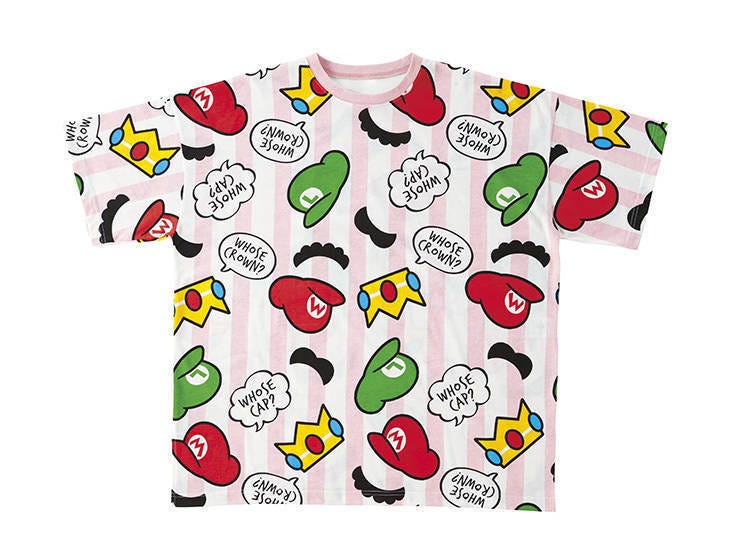 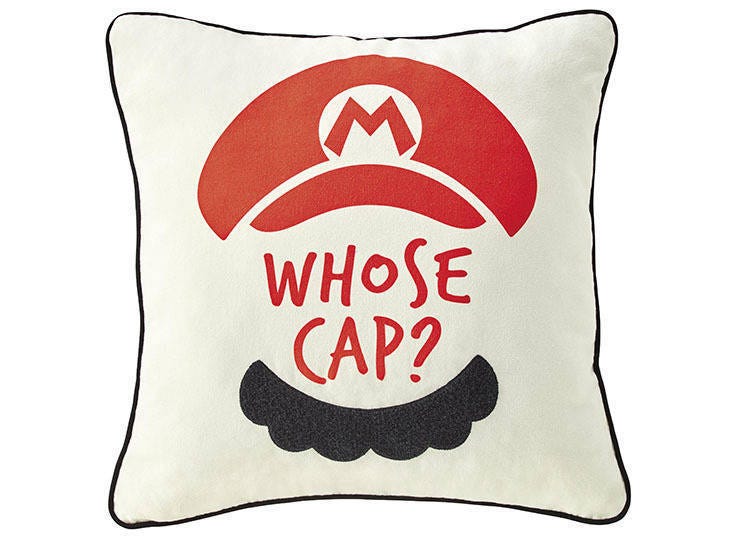 Mario Cafe & Store, where you can feel the colorful world of Mario! Enjoy an exclusive experience with cute food and goods - one step ahead of the official opening!

Also, Universal Studios Japan held Universal Cool Japan 2020 until June 28, 2020. Universal Cool Japan is a large-scale event that realizes Japan's world-class entertainment brands such as anime and games with the overwhelming quality of the park. This year will be the sixth time, and four representative works from Japan, "Attack on Titan", "Detective Conan", "Lupine III", and "Monster Hunter", which were popular in past Universal Cool Japan, will be assembled all together.

This is the first time ever for these attraction experiences to make an appearance enabling one to savor a realistic world view and presence through each of these brands. There are four attractions, including a story linked to the latest movie version released in April, in Detective Conan. The Detective Conan Mystery Restaurant, where you can enjoy a mystery while dining, has also become a hot topic. There is also a Cool Japan Express Pass that can reduce the waiting time for Cool Japan, so please check the official website for more details.

Universal Studios Japan is guaranteed to delight visitors no matter when or how often they visit. Check out the latest information on Universal Cool Japan 2020 being held for the sixth time this year, as well as the eagerly awaited SUPER NINTENDO WORLD opening!

Buy Universal Studios Japan Tickets
*This information is from the time of this article's publication.
*Prices and options mentioned are subject to change.
*Unless stated otherwise, all prices include tax.