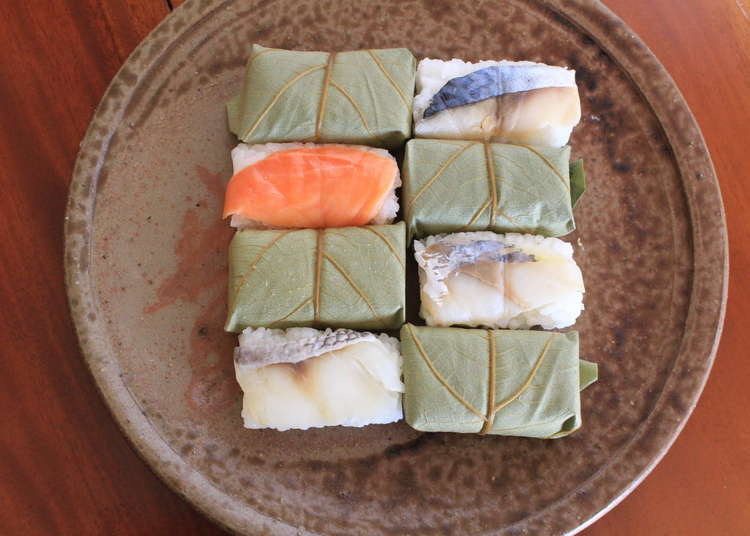 It may not be flashy but is elegant and fastidiously preserves ancient techniques. This article will introduce famous Nara food that is most representative of the prefecture. 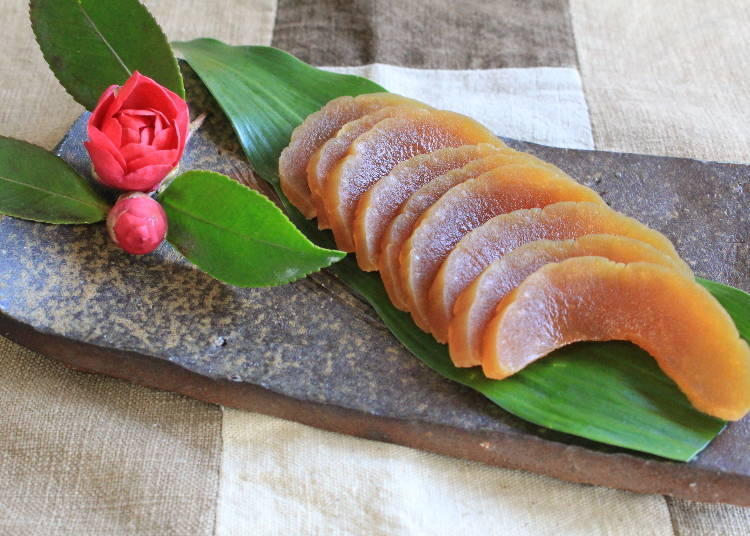 Narazuke pickles are made from marinating gourds, cucumbers, ginger, and other vegetables in sake lees. The food originated in the 700's, when Nara's Heijo-kyo was the capital of Japan.

At the time, the narazuke pickles were said to have been called "kasuzuke", kasu being the word for sake lees, since the precipitate that sunk to the bottom of unrefined sake was used to pickle the vegetables.

Narazuke made with gourds were considered “The King”. The crunchy outside, the smooth inside with its slightly sweet taste, and the faint essence of sake all make them a perfect match to eat with white rice.

Narazuke are sold at many stores, including some which stock narazuke made with unusual ingredients like persimmon, burdock root, carrot, onion, melon, and bamboo shoots, so try looking around different shops as you wander the streets of Nara. 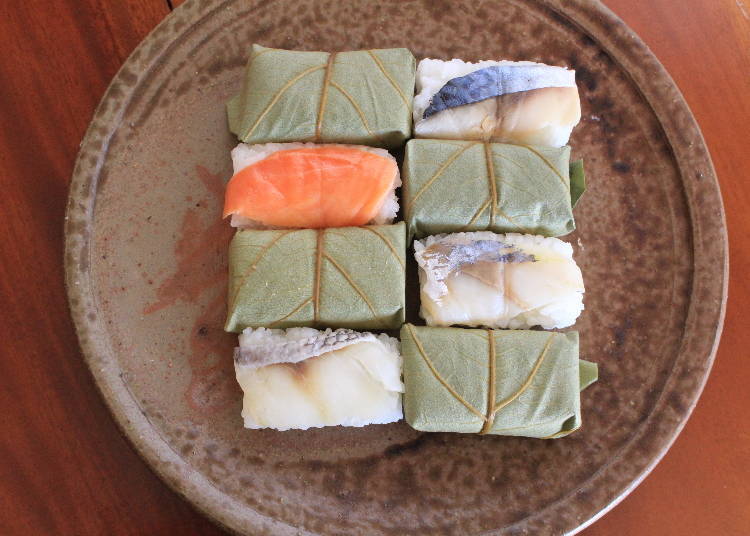 Persimmon leaf sushi (kakinoha-zushi), is one of Nara's traditional local dishes. It is made by taking bite-sized, hand-pressed portions of rice topped with salt-marinated mackerel, wrapping it in persimmon leaves, which have antibacterial properties, and then leaving them to ferment for several days.

In the olden days, mackerel was caught, heavily salted, and transported from the Kumano-nada Sea to Okuyoshino in Yoshino City. Because of that, the route became known as Mackerel Road (Saba-kaido).

Local people would make sushi by putting thin slices of the salt-marinated mackerel on rice and fermenting them in persimmon leaves from the mountains, eating it as celebratory food on festival days.

In the past, only mackerel was used, but in the present day, persimmon leaf sushi made with salmon, seabream, shrimp, eel, and other varieties are sold. 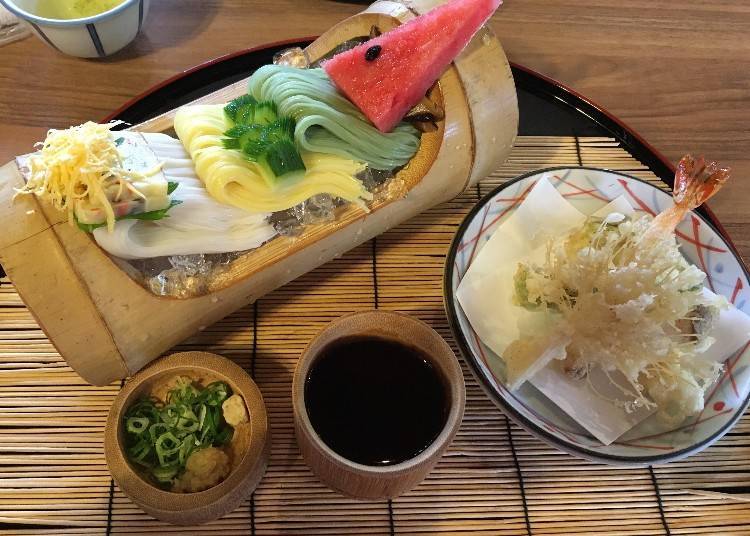 "Miwa somen" is said to trace its origins back to "muginawa" wheat ropes from which it got its shape.

These noodles were first made more than 1,200 years ago in the Miwa district in central Yamato, Nara Prefecture, and are characterized by being thin with a springy, chewy texture.

In the Edo period, Yamato’s Miwa somen was praised as being "as thin as thread and as white as snow" among those who traveled through to visit the Ise Grand Shrine, leading to its fame throughout Japan.

To this day, somen shops are concentrated nearby the Yamanobe-no-Michi Trail. There are also many restaurants where you can eat somen within Nara City. 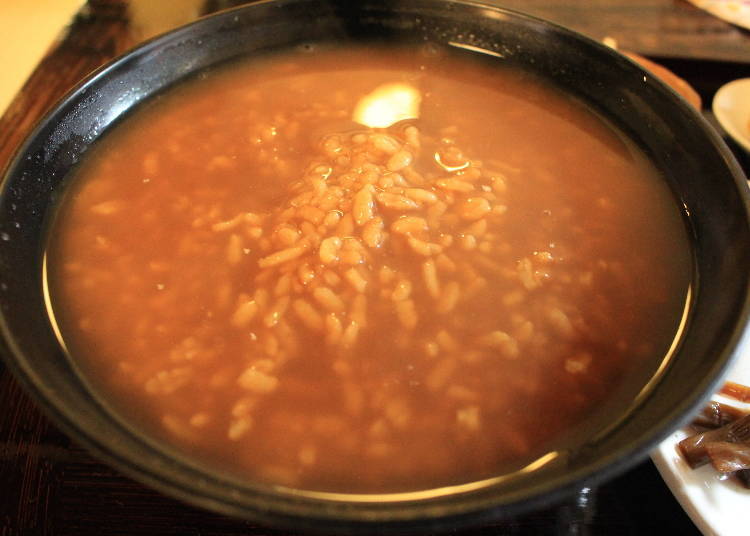 This porridge, fragrant with the smell of if its roasted soybeans and broad beans, is a home-cooked dish born of the wisdom of everyday life, as even a small amount of rice can be made into a filling bowl of food.

Nara’s green tea rice porridge is distinctive for its soupy, non-sticky consistency. It originates from a history of being eaten by Buddhist monks in the Kamakura period, later spreading to the homes of common people. It is said to have been eaten by most households until as late as the 1950's. 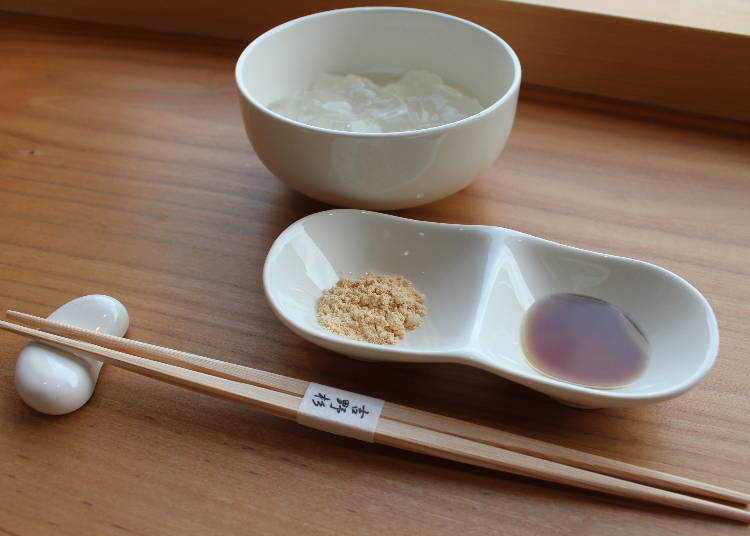 The Yoshino district of Nara, with its quality water and cold climate, has the perfect conditions for refining kudzu powder. That is why Yoshino kudzu powder, made by the traditional refining method "yoshino-zarashi", is renowned for its high quality.

Kuzu is manufactured into many different products, including kudzu starch noodles, yuzu desserts, and other kudzu dishes, all of which you can eat not only in Yoshino, but at specialty shops located around Nara City as well.

6. Nihonshu: Nara is said to be the birthplace of sake 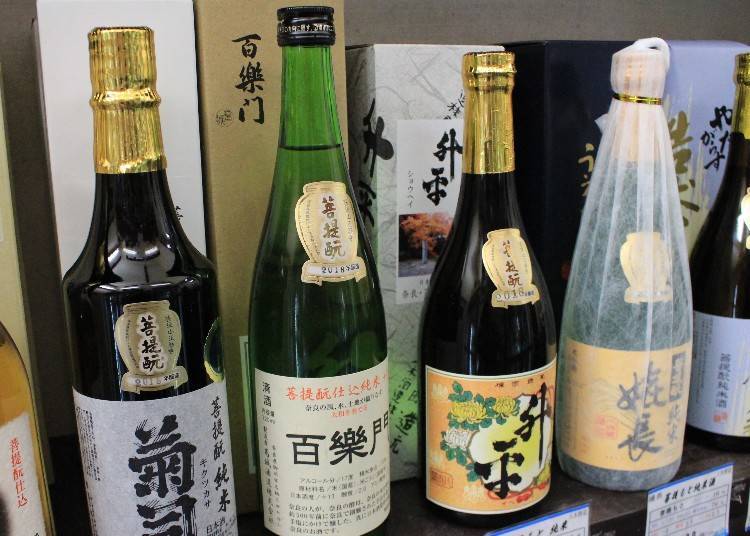 In the Muromachi period, Nara’s sake was beloved as a delicacy in Japan. The basics of modern sake brewing techniques are said to have been established by Nara's Shoryakuji Temple, which is why Nara is considered "the birthplace of sake”.

In addition, "Okuninushi-no-mikoto", the god of sake, is enshrined at Omiwa Shrine in Miwa, Sakurai City. Every year on November 14, brewers from all over the country attend the sake brewing festival, after which "sugidama" (balls of cedar sprigs made and hung outside of breweries after new rice is harvested) are distributed to all brewers.

Today there are 29 sake breweries within Nara Prefecture, many of which allow you to sample the sake. There are also specialty sake shops and restaurants around Nara that provide sake tastings. 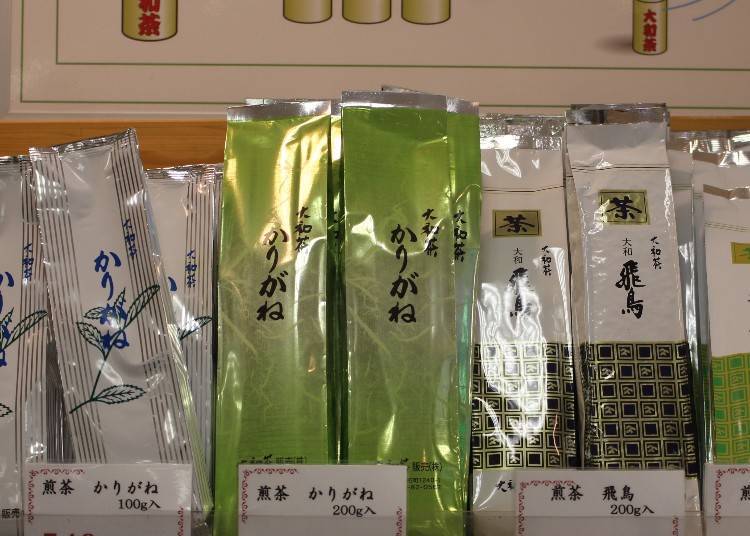 Tea from Nara is called Yamato tea (Yamato cha) and is grown primarily on the Yamato Plateau in the eastern region of Nara City.

The Yamato Plateau has a high elevation and high variance in temperature between day and night, often causing fog to form in the mornings. The proper amount of fog-induced humidity and sunlight grows sweet and soft tea leaves which in turn produce high-quality tea.

Along with the staple green teas and roasted green teas, you can enjoy Yamato tea in the form of Japanese black tea, as well as a variety of other tastes. 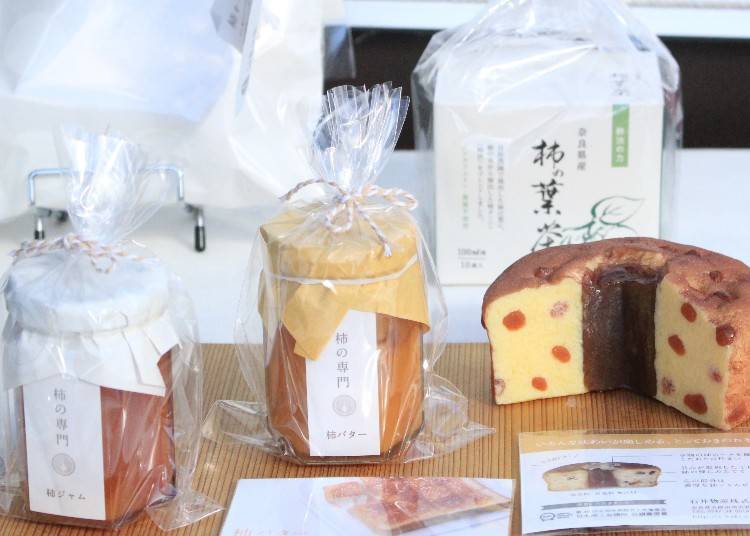 Persimmons from Nara have been cultivated since the Yamato period and even today, the prefecture is Japan's most distinguished persimmon production region. Therefore, you can find lots of sweets using persimmons in Nara.

Treats of dried persimmon wrapped around a core of yuzu citrus peels, monaka wafer cakes filled with sweet paste made from Yoshino's Fuyu persimmons, persimmon jam, persimmon vinegar, and even persimmon butter are just some of the various products that have been developed.

9. Kakigori: You won't find better than in the holy land of shaved ice 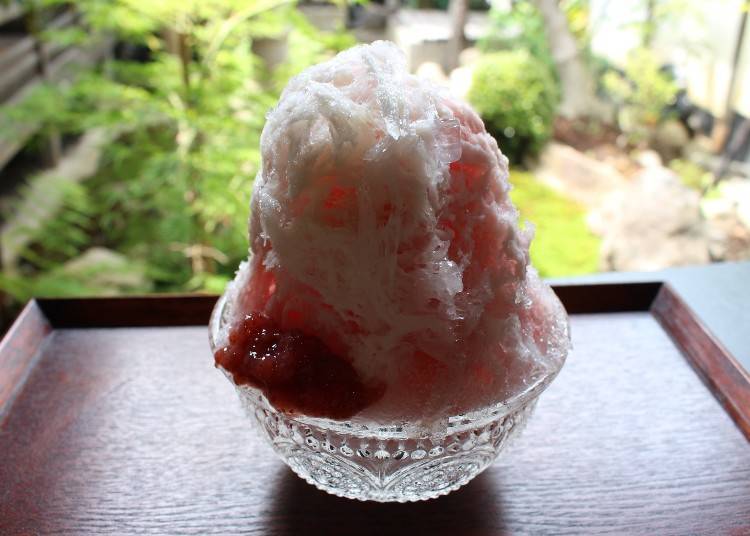 Nara is actually known as "the holy land of shaved ice (kakigori)". Nara Prefecture has two “Himuro shrines”, that is, shrines relating to ice. It also has the “Kenpyo-sai” (ice dedication ritual) in which those with jobs relating to ice come from all over the country to pray, and the “Himuro Shirayuki Matsuri” snow festival.

With so many ice-related events, there are many shops where you can eat shaved ice not only in summer but year-round! Each and every shop provides its own creative variations on shaved ice, some using special methods to make the syrup into mousse while others use syrup made with locally produced Nara Yamato tea and strawberries.