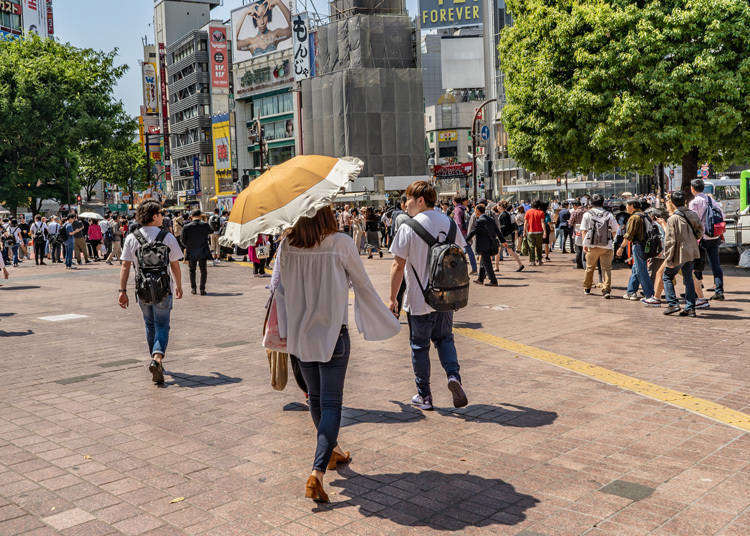 'Jeans in Summer?!' 5 Ways Japanese Seem to Deal With Heat Better Than Foreigners!

In Japan, people love the change of the seasons, as each one is so distinct from the last. It is said that the culture and lifestyles are affected at least in part by the climate of the country. Perhaps this is one of the reasons that experiencing an entirely different climate to back home can come as a bit of a shock!

Here we interviewed 5 foreign nationals who have lived in or visited Japan and were taken aback the vastly different climate.

(The following represents only the opinions of those interviewed) 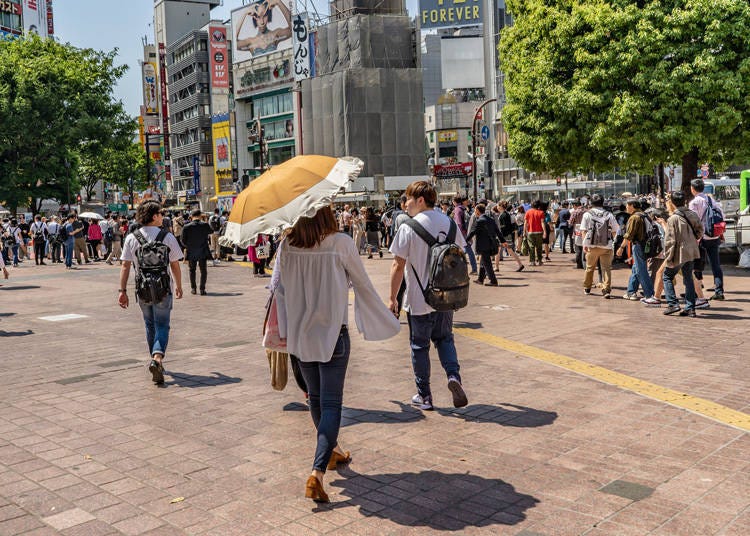 “I see so many Japanese women using umbrellas in the sun! In the United States, many people want to get tanned, so they actively seek the sun. A lot of people also cover their arms, but don’t you get hot?!" (US/Male/20s)

People from the West that we’ve interviewed in the past have also mentioned the parasols. It seems no-one uses them in the US! There are a lot of places in the West where the sun is actually stronger than in Japan, but one other difference you might notice is that Japanese people wear sunglasses far less. This could be due to the generally lighter hue of western eyes, or simply a cultural difference and wanting to avoid squinting (and getting those dreaded crow’s feet)!

Our interviewee was also surprised by the fact that people wear long sleeves in the summer to avoid sunburn, because it seems like they would feel even hotter.

How can you handle it? Japanese houses are too hot and cold! 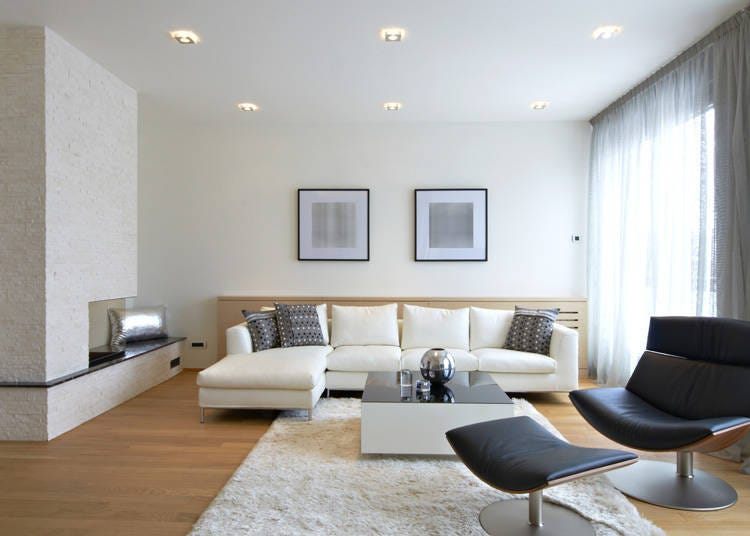 “For me, houses have a warm and cozy image in winter, but that’s not the case in Japan – they’re really cold! And then in contrast they’re so hot in summer. It doesn’t really feel much different to being outside!” (Slovakia/female/30s)

In Japan there are of course air conditioners, but it seems they aren’t used as much as in the West. Our interviewees mentioned that they might have the central heating on all day in the winter.

However, you might be interested to know that in Japan there is something called a kotatsu, which is essentially a heated table with a blanket over the top. You can sit with your legs under the blanket and become warm and snuggly (but beware, you’ll never want to leave)!

The heat is insane! How do you look like it’s not bothering you? 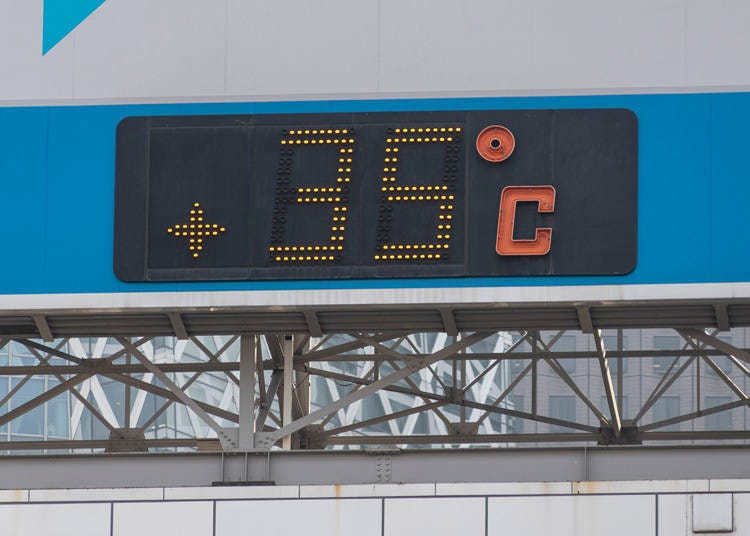 "I love Japan, but I always avoid going in summer. It's so hot that my body feels soaked the entire time! How can I stay as refreshed as Japanese people!? (USA/30s/male)

“I was surprised by the humidity of Japan's summer. My idea of summer is hot and dry, so it's very difficult to spend summer in humid Japan. Though on those days, jumping in a pool is the best feeling!" (Slovakia/30s/female)

"I was shocked by the Japanese who wore long sleeves, long pants and long skirts even though it was so hot" (Malaysia/female/30s)

The combination of heat and humidity was one thing a lot of our interviewees commented on. Even on a windy day, there’s no escape from the hot air! If you’re from Europe and haven’t travelled much, probably the best way to prepare is by going to one of those tropical greenhouses!

Once again, our interviewee here was surprised by the long sleeves and trousers Japanese people seem to wear. Our British editor mentioned that you can often spot a Brit in Japan’s summer because they will be wearing much shorter clothes than anyone else!

Don’t you sweat?! Japanese people all seem to carry a small towel for this 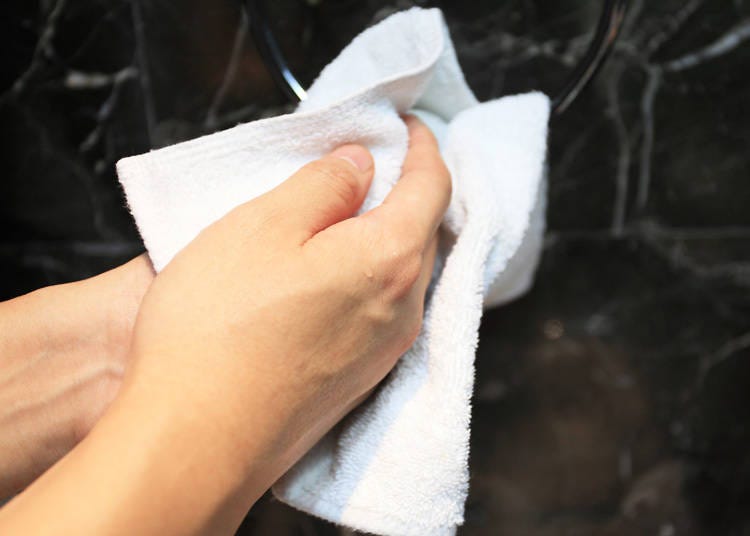 "Taiwan is also very humid, but few people have hand towels like in Japan" (Taiwan/female/20s)

"It was strange at first because everyone had these small towels, but when I started living in Japan I started to bring one with me everywhere. Summer is so ho, I need it to deal with the sweat!” (China/female/30s)

Small towels (called “Hand Towels”) are indispensable in summer in Japan. Because of the high humidity, even if you just walk a short while, you might find yourself pretty sweaty, so it’s good to have a towel to wick away some of the sweat from your neck or hands. In the summer, you can even find cooling towels that have ice packs or another cooling measure. These are unbelievably refreshing. Our Chinese interviewee previously felt like it was something only old people did, but now she doesn’t go anywhere without one!

It’s so hard to tell what tomorrow’s weather will be like! 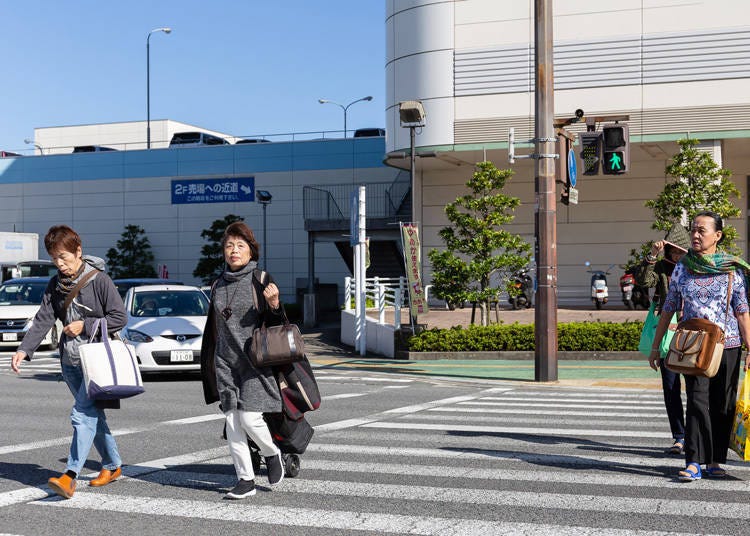 "I was so surprised that the temperature could change so suddenly. It could be a balmy 30 degrees one day and I’ve got my sunglasses on, and then the next day I’ll be wearing long sleeves! I never know what to wear.” (Malaysia/female/30s)

In Japan, the temperature changes daily. Although there is a notable difference between the seasons and how everything looks, there are still some quite surprising temperature differences simply on a daily basis. You could be wearing shorts one day and a big jacket the next!

Our Malaysian interviewee has lived in Japan for 3 years now, but still hasn’t got used to the climate. She was wondering how the Japanese adjust so well!

When people visit or start their lives in Japan, one of the hardest things to get used to is the climate. But if you decide to make the move yourself, you might find yourself picking up some habits you never thought you would. Just make sure to have a sweat towel on hand!