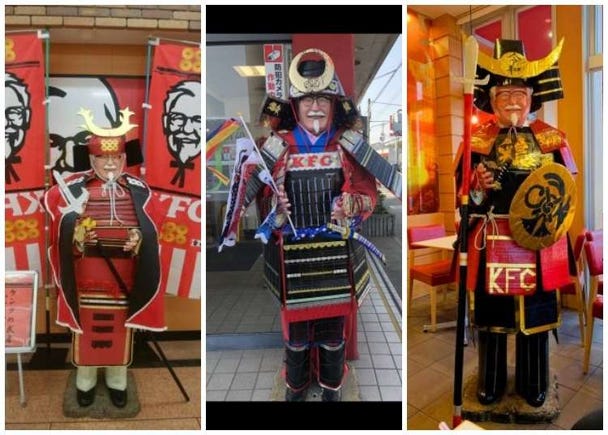 Colonel Sanders statues standing in front of KFC fast food restaurants are a familiar sight across Japan. We’ve written about these statues and their seasonal changes before here, where you can see photos of a festive Colonel dressed for the Christmas season

This spring, for Children’s Day (May 5th), KFCs all over the country dressed their Colonel statues in traditional samurai armor and helmets. Why samurai? Kabuto samurai helmets and yoroi armor are traditional decorations for Children’s Day because they represent the strength and vitality that parents want their children to have as they grow. Let’s check out some of these Samurai Colonels!

Standing Strong in a Dark Time 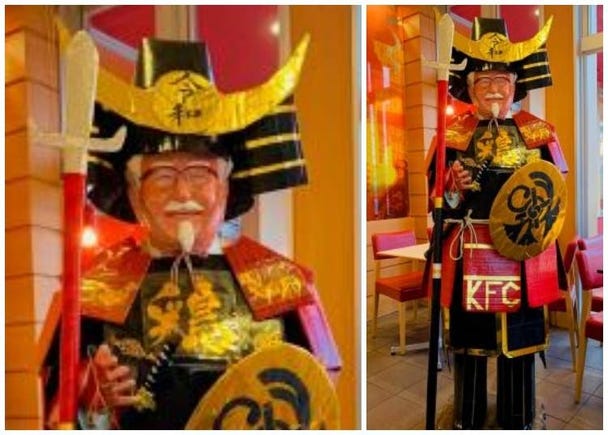 On Children’s Day this year, as cases of coronavirus infection rose and a State of Emergency was declared for the entire country, about 30 KFC restaurants across the country still decorated their Colonel Sanders statues for the holiday.

The armor, helmets, and other trappings were carefully made by hand by the employees of each store. Each Samurai Colonel was unique, with some modeled on famous local historical figures and others commemorating Akechi Mitsuhide, a 16th century samurai who is the subject of a current TV series. 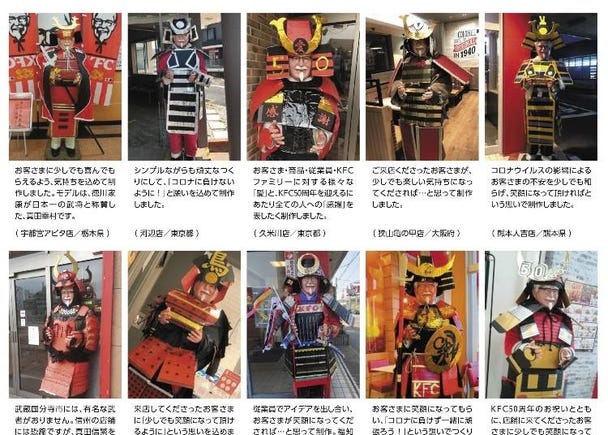 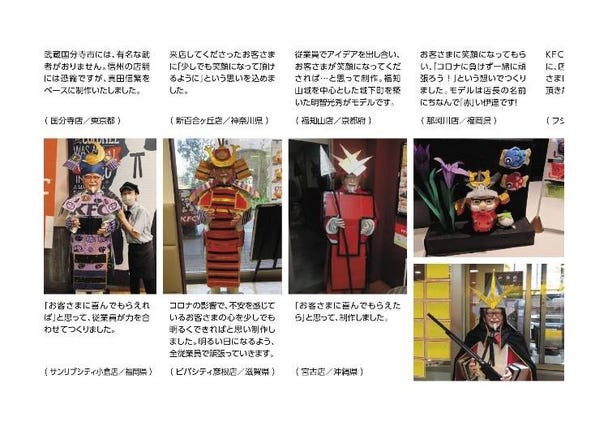 These photos show a selection of Samurai Colonel Sanders from around the country, and the following are quotes from some of the KFC staff members.

The Curse of the Colonel 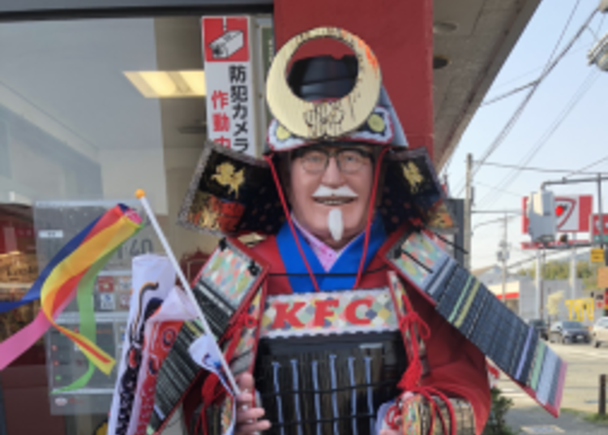 Over the last 50 years, Colonel Sanders has become an iconic part of popular culture in Japan, and I’d like to share with you one of the more interesting examples of this.

In 1985, the Osaka-based Hanshin Tigers baseball team won the Japan Series, and fans gathered to celebrate in Dotonbori, Osaka. Some fans grabbed the Colonel Sanders statue from in front of a nearby KFC and threw it into the Dotonbori River in their excitement.

Divers were sent to search for it, and the river was dredged, but Colonel Sanders was not recovered until 2009. To this day, the Hanshin Tigers still have not won a Japan Series, and some fans still believe it is because of the Curse of the Colonel.

On your next visit to Japan, be sure to check out Colonel Sanders in front of any KFC restaurant and see if the well-loved statues are dressed up for the season.