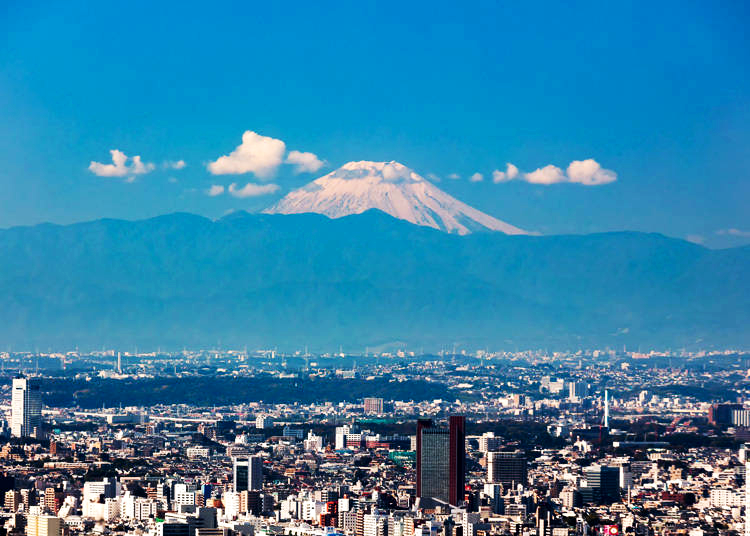 Everyone looks for Mount Fuji photo spots while in Tokyo! Japan's sacred mountain stretches 3,776 meters upward, making it the highest mountain in Japan - and it can be seen from Tokyo.

Here we will look at 10 Mount Fuji photo spots we recommend around Tokyo, from skyscrapers to airports, and parks. We know you're going to enjoy admiring these magnificent sights of Mount Fuji!

1. SHIBUYA SKY: A 360-degree observatory on the top floor of Shibuya Scramble Square 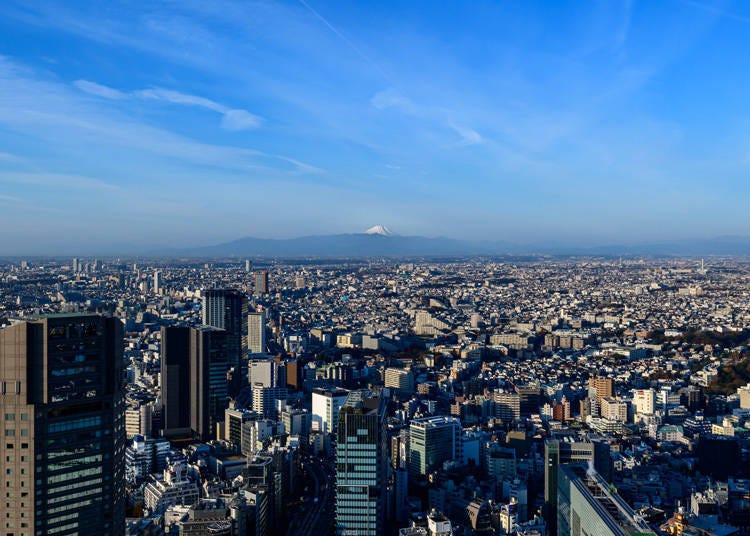 Shibuya Scramble Square, which opened in November 2019, is a large complex connected directly to Shibuya Station. With its 47 stories, reaching 230 meters in height, it’s the tallest building in Shibuya. 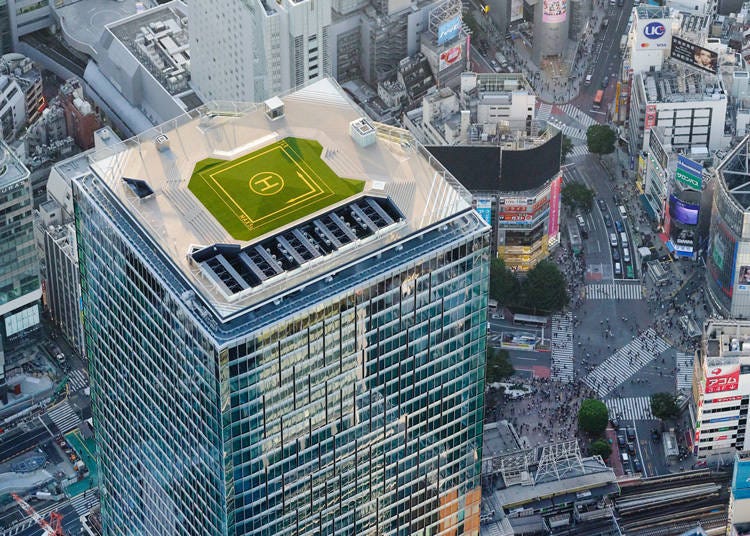 SHIBUYA SKY, the largest rooftop observatory in Japan, is located in the eastern building. It’s composed of three sections, and it offers a 360-degree panoramic view of Tokyo. And one of the best Mount Fuji photo spots! 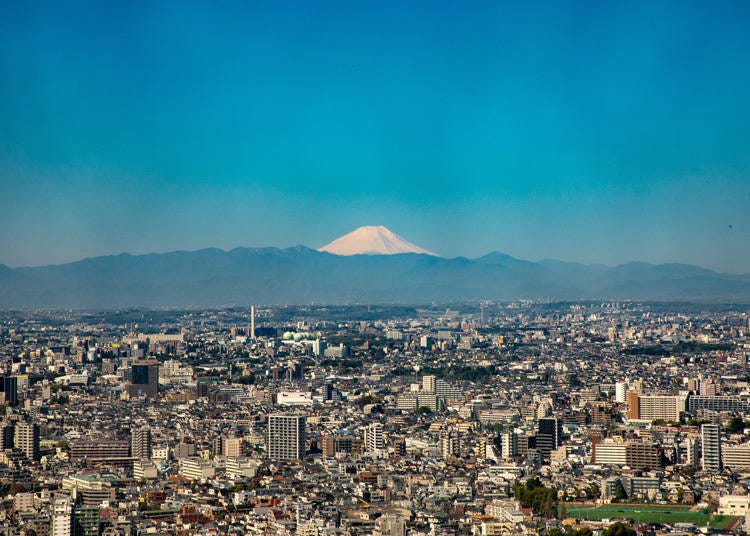 Photo provided by the city of Tokyo

The Tokyo Metropolitan Government Building is a symbol of Shinjuku, towering over Nishi Shinjuku. The building was designed with a modern look by architect Kenzo Tange, and is popular among locals and foreign tourists alike. 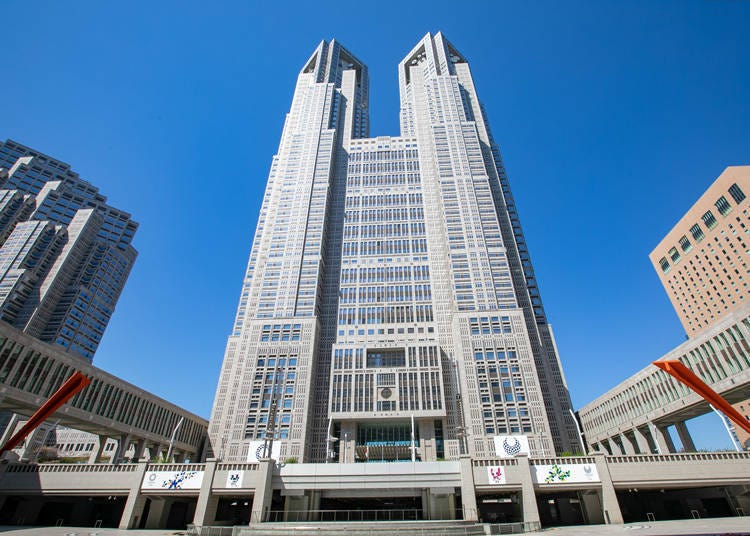 The Tokyo Metropolitan Government Observatory, located on the 45th floor, 202 meters above ground, is divided into a north observatory and a south observatory, both of which overlook Tokyo. The observation room also has a café for you to relax while enjoying the view of Mount Fuji. 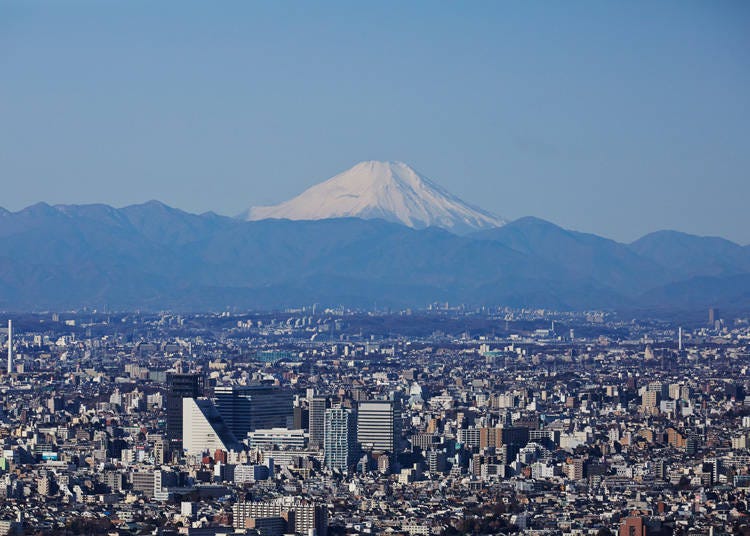 Sunshine City in Ikebukuro, a district of Tokyo, is a large commercial complex with an aquarium, a planetarium, restaurants and hotels. It consists of five buildings. One of them is the Sunshine 60 Building, with its SKY CIRCUS Sunshine 60 Observatory, located on the top floor. 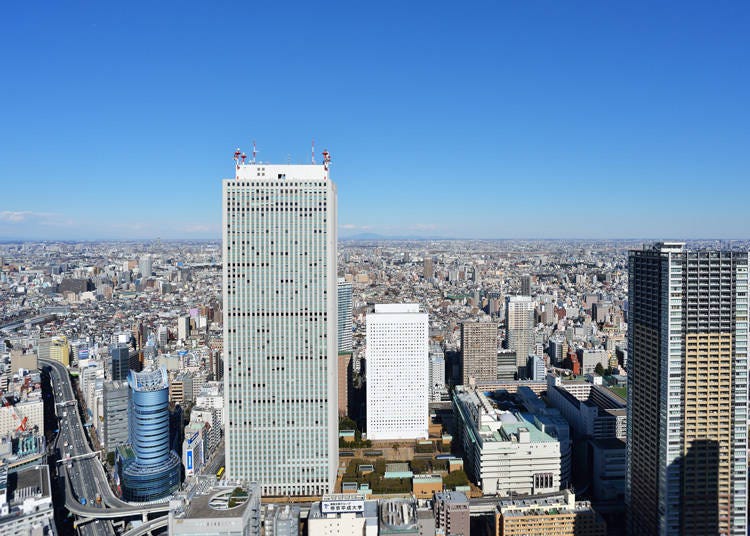 The view from a height of 251 meters above sea level is a masterpiece in itself, but the view is not the only feature of this deck. Here you can also have a different and unique experience through the use of VR technology. 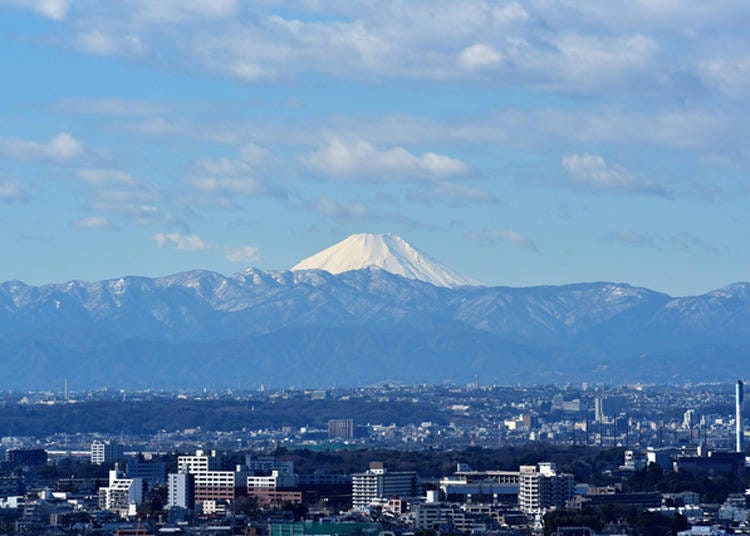 Get to the top of the Carrot Tower in the district of Sangenjaya, in Tokyo, and you will reach the Sky Carrot Observation Deck. You will enjoy a view on the Tokyo skyline, and, to better enjoy the view on Mount Fuji, the deck is equipped with small sofas pointing in its direction. 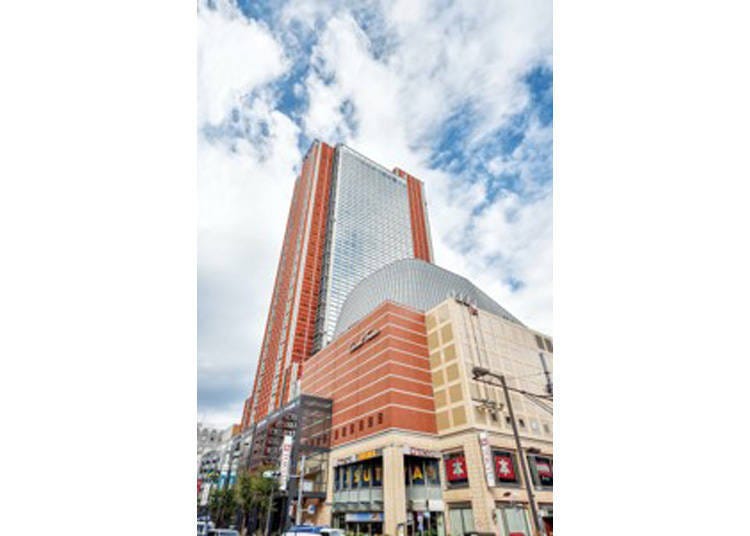 The floor also hosts a restaurant and a cafe, from which you can also see Mount Fuji. 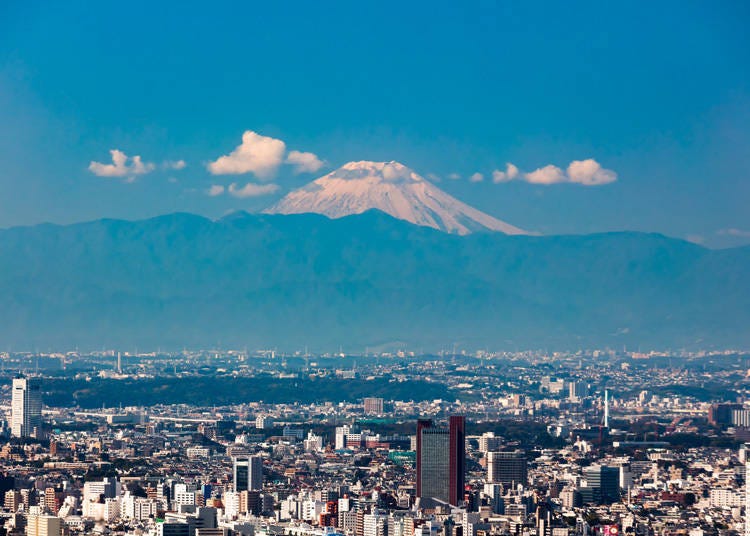 On the 52nd floor of the skyscraper “Roppongi Hills Mori Tower,” alongside the “Mori Art Museum,” rich of contemporary art, you will find the “Roppongi Hills Observatory Tokyo City View,” offering a panoramic view of Tokyo. 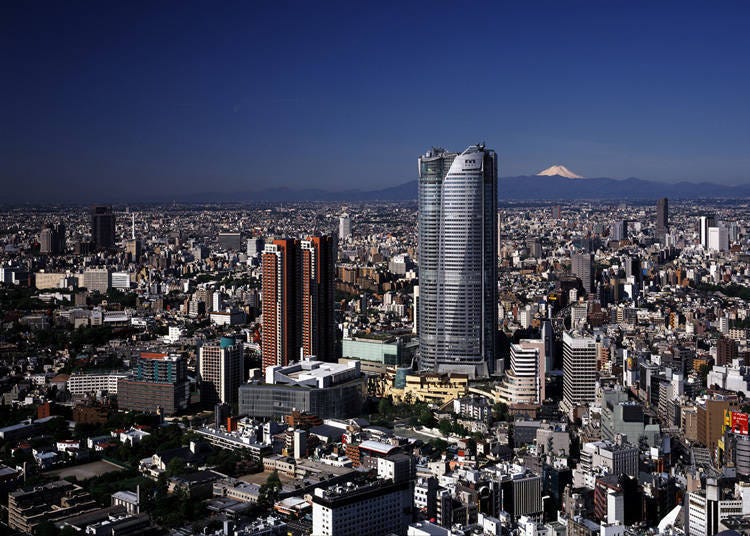 6. Haneda Airport Terminal 1 Observation Deck: Where planes and Mount Fuji complement each other 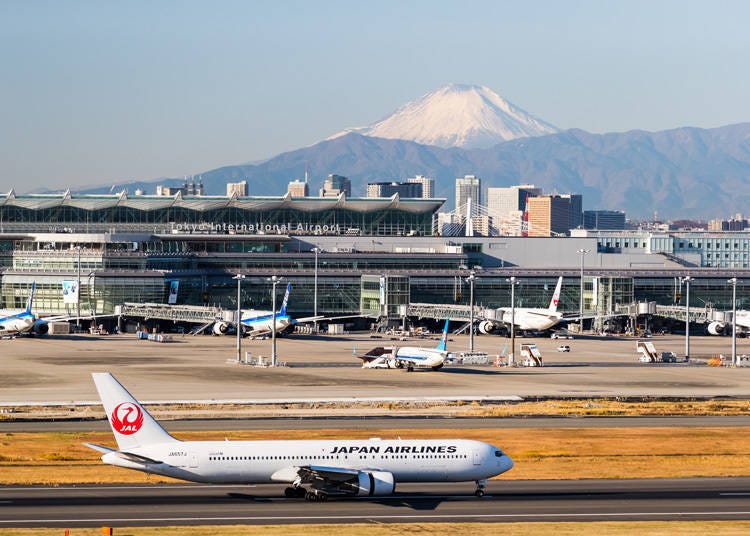 Haneda Airport, the gateway to Japan for domestic and international flights, is also a popular spot for those who like planes. 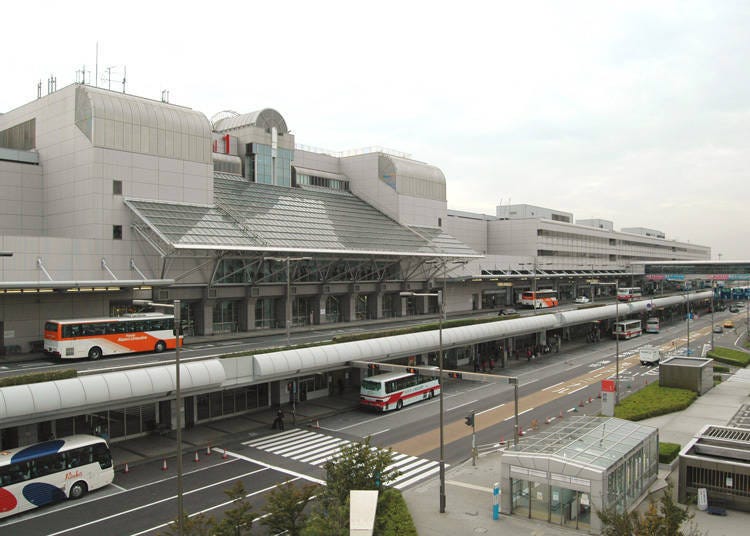 From the “Terminal 1 Observation Deck,” you can get a unique look on planes arriving and leaving with Mount Fuji in the background. Take amazing pictures of takeoffs and landing, or of the sunsets. 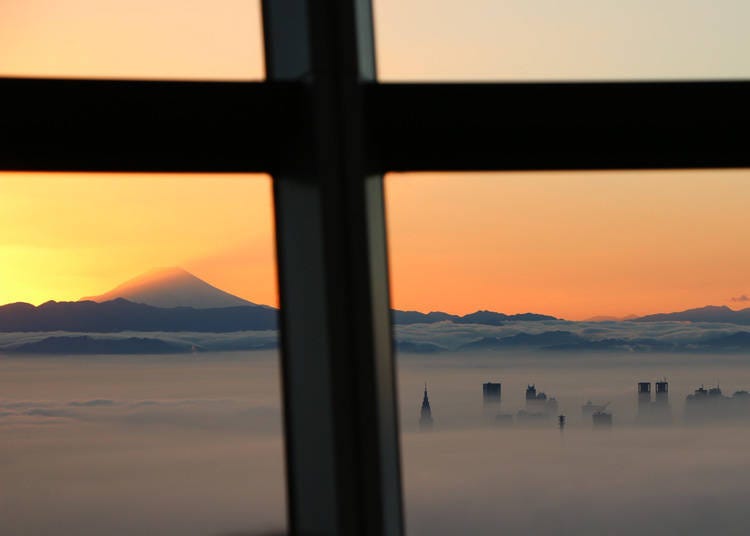 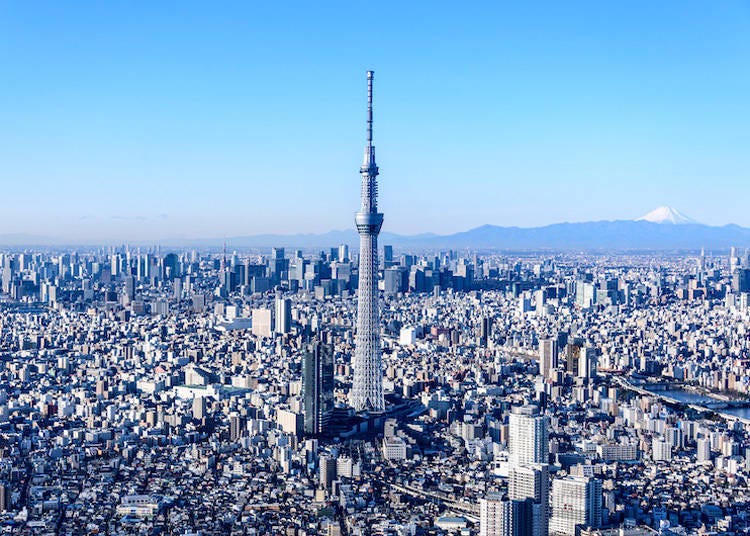 Depending on the weather, the sky below the observation decks could be cloudy or foggy, allowing for a fantastic view of Mt. Fuji peaking over the sea of clouds.

8. Bunkyo Civic Center Observation Lounge: Where the view of the skyline mixes with Mount Fuji 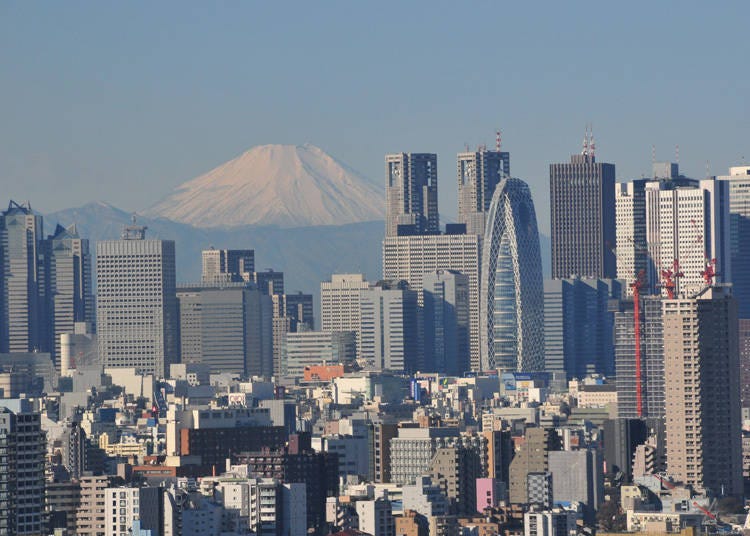 The east, west, and north sides of the 25th floor of the Bunkyo Civic Center, where the Bunkyo Ward Office is located, are opened to the public and are agreat observation deck. From 105 meters above ground, you can see Mount Fuji on the west side, and the skyscrapers of Shinjuku, and from the east side you can see Tokyo Skytree 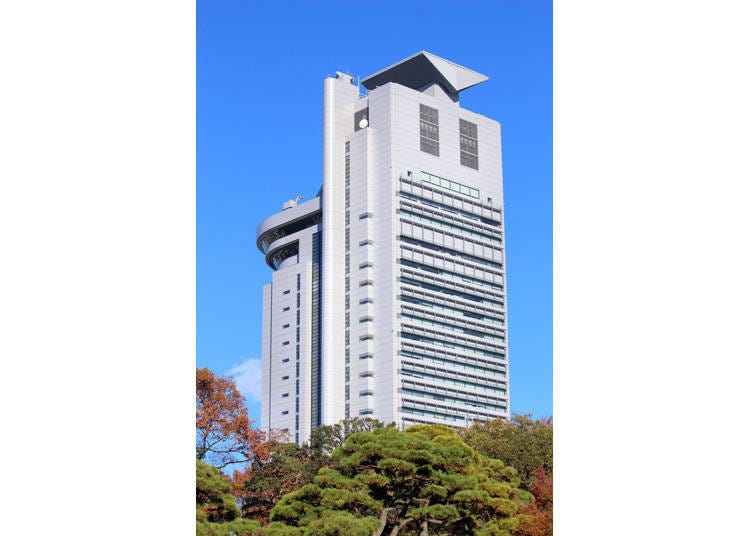 There is also a restaurant on the same floor, although Mount Fuji cannot be seen from the restaurant. 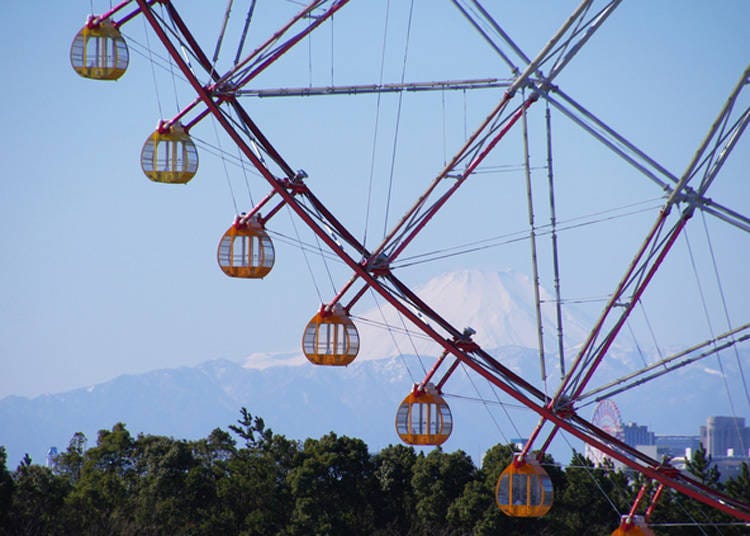 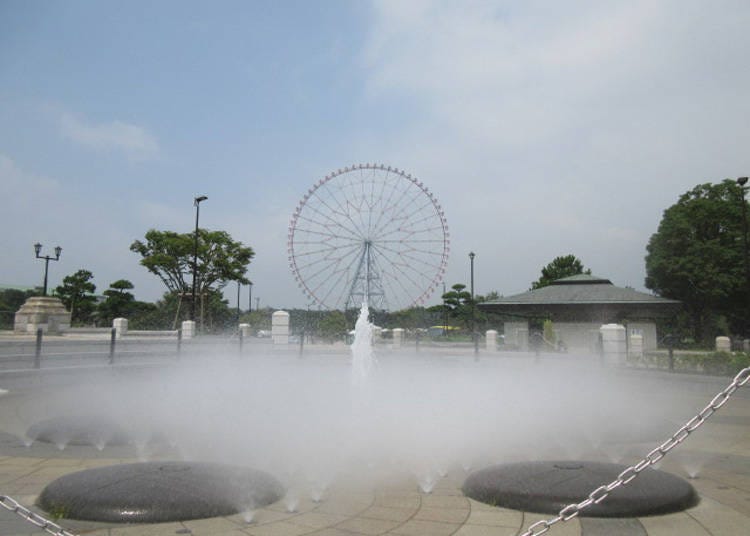 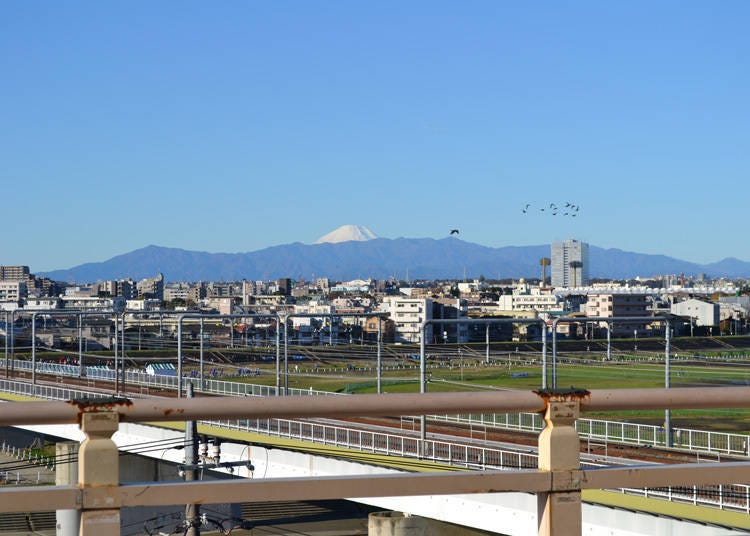 Built around 800 years ago, the “Tama River Asama Shrine,” is in Denenchofu, Tokyo, and it’s famous for its colorful goshuin temple seals. 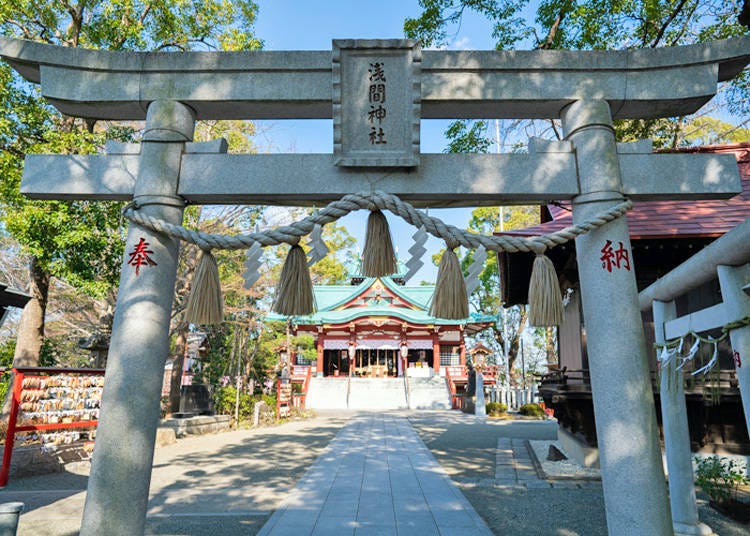 Since it’s on a hill, from this Mount Fuji photo spot you can see Mt. Fuji from the observation deck, and if the time is right, you can capture the nearby Tokyu Toyoko Line train, Tama River and Mount Fuji in a single picture.

When visiting Tokyo, be sure to visit its beautiful observatories, to fully experience the charm of Mount Fuji. You will love the pictures you are going to be able to take!