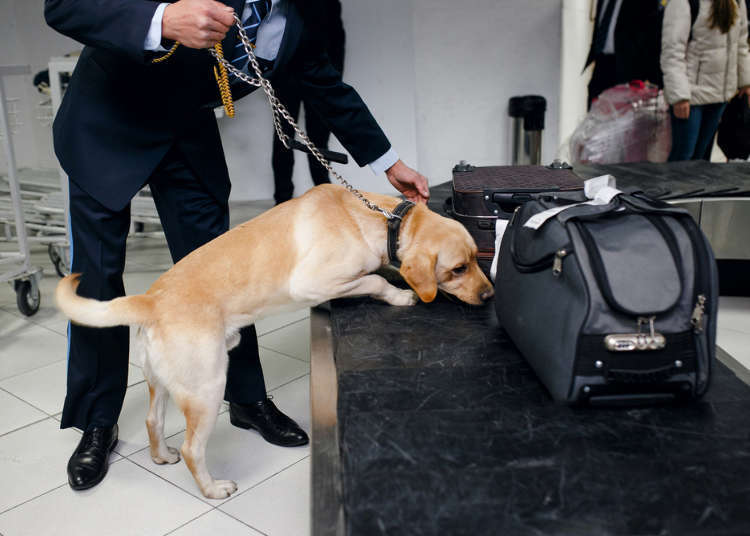 Japan Customs Restricted Items: Careful! Things You 'Can' and 'Can’t' Bring Into Japan

Something you want to be careful when traveling is your belongings. Japan's customs officials will check your luggage. Depending on the country you are traveling from, prohibited objects can be different.

Even if it is something that you always have on hand or a gift to a friend, if it is prohibited by Japanese law, it will be confiscated. Depending on the case they may deny entry or you may be punished by law.

Stating “I didn’t know” won’t work, make sure to double-check what you “can” and can’t” bring into Japan before you pack your luggage.

We will first go over items that are prohibited for import. If you try bringing in the following items, not only will they be confiscated and destroyed, but there is a possibility of being punished by law.

At first, you may think plants and vegetables aren’t a big deal, however, there are some surprising items. 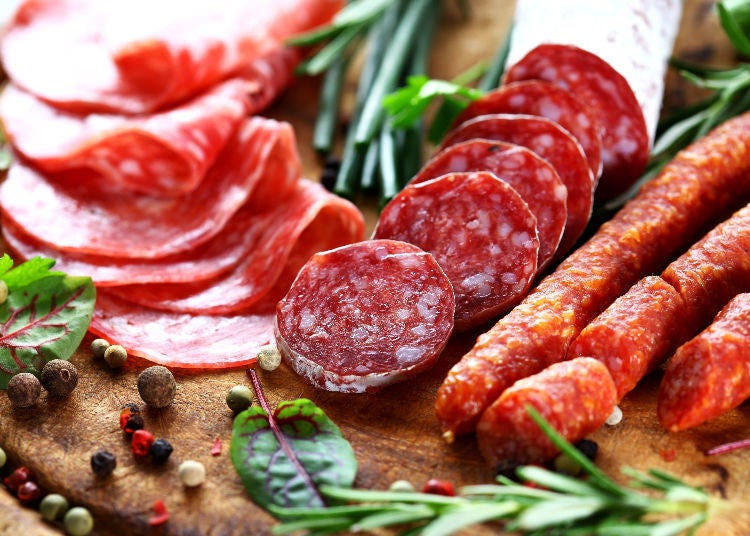 Most meat products and animal-derived products are not allowed in Japan.

In many countries, there are livestock diseases, and there is a fear of infectious diseases spreading form meat products.

This applies to raw meat, processed goods, airtight goods, and leftover food from the plane.

The following meat items are prohibited in Japan even if it is for personal use or gifts. However, items with inspection certificates issued by the government agency of the exporting countries are excluded.
・Even-toed ungulates (hoofed animals) such as cows, pigs, goats, sheep and deer, poultry such as chicken, quail, pheasant, ostrich, helmeted guineafowl, turkey, duck and geese, horse, dogs, rabbits and items derived from honey bees.
・Meat, intestine – raw, frozen, processed products
・Eggs – applies to shells
・Bones, fat, blood, skin, fur, feather, horns, hoof, and tendon – however this doesn’t apply to leather bags, wool sweaters
・Raw milk, semen, fertilized egg, unfertilized egg, feces, urine
・Dairy products – excluding portable items 10kg or less that is not for sales or business use.
・Straw of grains and hay for feed (applies to some regions)


Beef jerky, ham, sausage, bacon, and meat buns are also not allowed in Japan. This means if you purchase a hamburger before your flight, you can’t bring it into Japan, so make sure to finish eating it before or during your flight. Also if you visited a farm, interacted with livestock or have golf shoes with dirt, you are required to report to the animal quarantine station. There are some places that have shoe sole disinfection, however you must make self-declarations. You may be pushed by law if you miss or falsify your declaration.

Can I bring cheese into Japan?

Additional information can be found at: https://www.maff.go.jp/aqs/topix/dairy_products_en.html 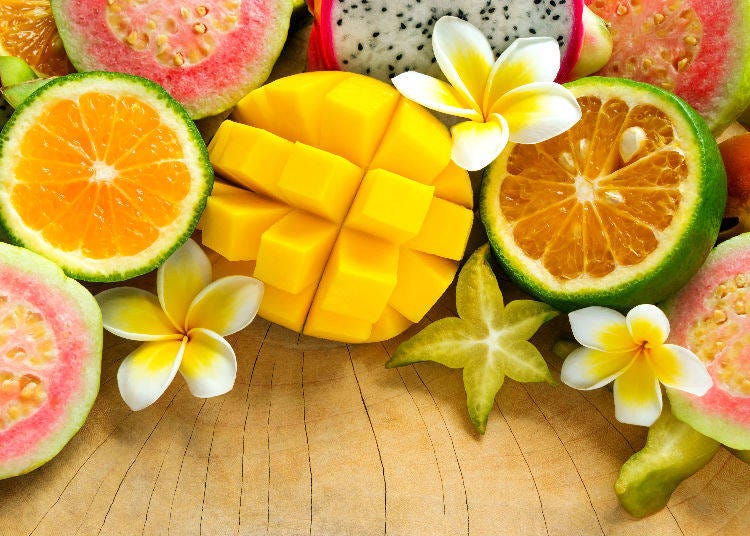 To prevent pests that harm plants entering Japan, the following plants are prohibited.

There are some people who plan to gift these types of fruits, however since they are not allowed in Japan make sure they don’t go to waste.

There are other plants that can’t be brought in due to pests that have been discovered in other countries and regions. If you plan on bringing plants to Japan, make sure you double-check with the Plant Quarantine Station’s website. Also, plants with dirt on them can’t be brought into Japan, so if you did bring some over make sure to declare them at the Plant Quarantine Station. 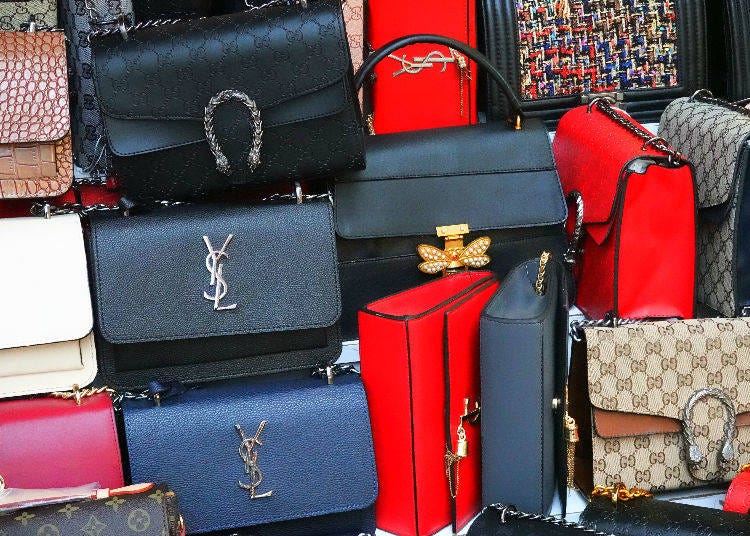 Bringing in items that infringe on intellectual property such as fake brands and counterfeit goods is illegal. Not only do these products obstruct Japan’s industrial growth, but it also has a possibility of supplying resources to criminal organizations and terrorist groups, for this reason customs is strengthening their regulation.

Even if the owner believes it is authentic, if the customs inspections determines that it’s fake, it will be confiscated. Saying “I didn’t know,” won’t be enough, and if you knew about the item being fake, it is a crime. It also won’t be allowed to be brought into Japan temporarily. This also applies to products such as copied music CDs and animations, movie and drama DVDs. 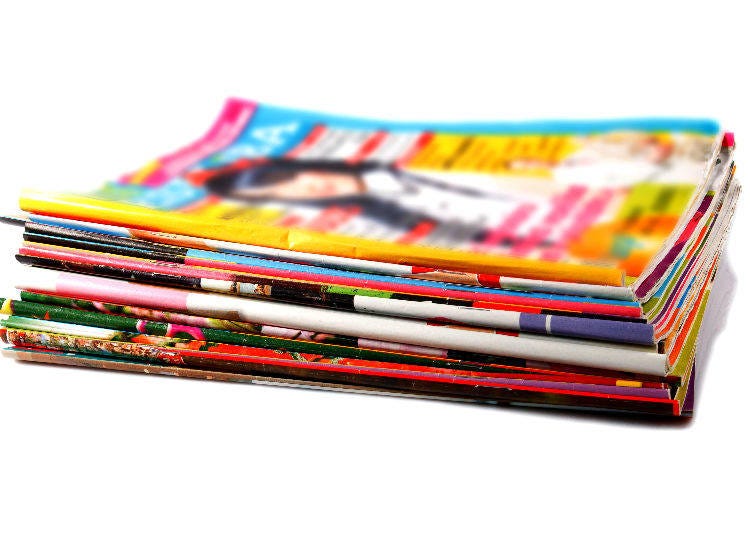 Books, drawings, carvings and other items that harms public security and customs are not allowed in Japan. Even if they is not meant to be sold and is for personal use, obscene magazines and DVDs are not allowed. 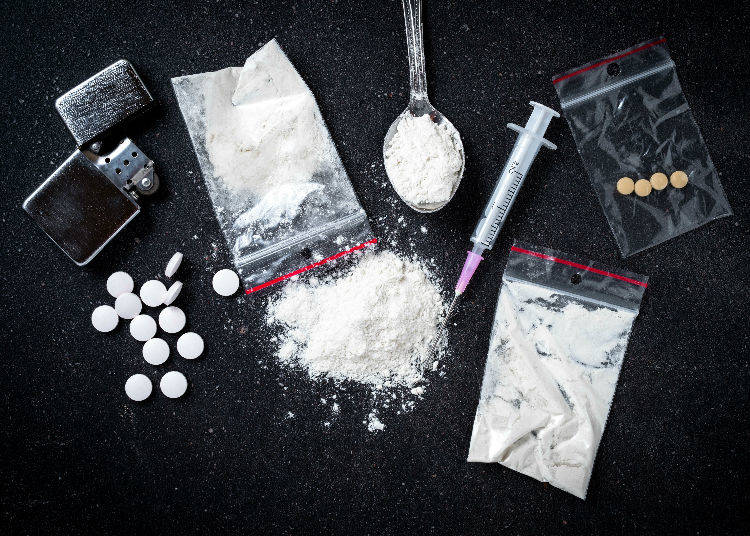 Narcotics such as opium, cocaine, heroin, MDMA, magic mushrooms, stimulant drugs (stimulant drugs contained in an inhaler or items containing stimulant drug ingredients), cannabis, opium smoking paraphernalia and psychotropic drugs are not allowed in Japan. There are many cases where such items are in luggage received from other people, so be careful.

Firearms such as pistols, bullets and firearm parts 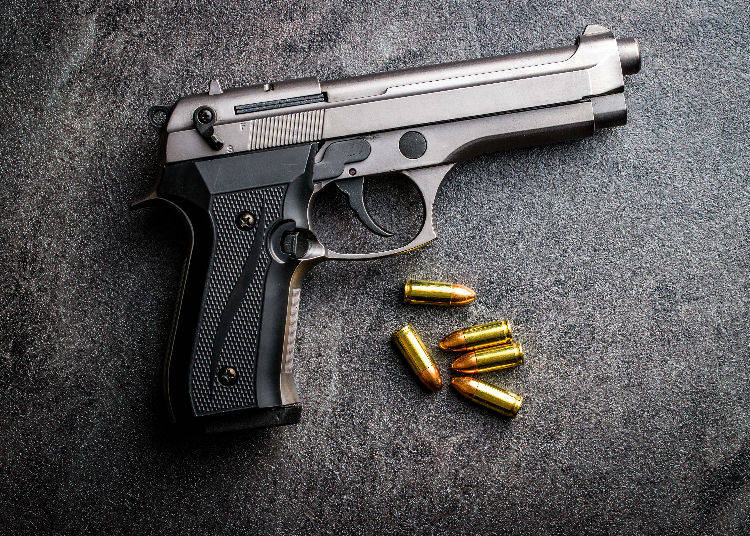 Firearms such as pistols, rifles and machinegun and firearm parts are not allowed. Even if these weapons are allowed in your country they are prohibited in Japan. 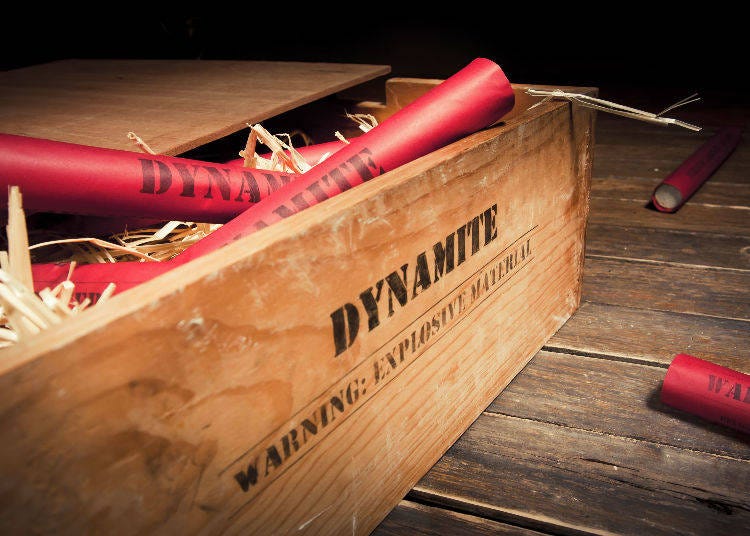 Counterfeit goods such as money, bank notes, securities, credit cards and others 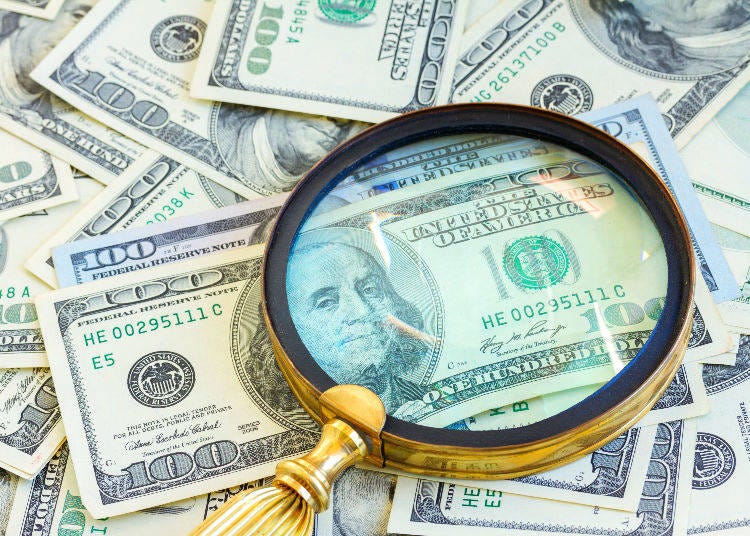 Counterfeit goods and crafts such as currency, securities credit cards are prohibited, also this applies to postage stamps and revenue stamps.

Items that are restricted and require procedure to bring into Japan

There are some items that can be brought into Japan if they meet certain conditions. The conditions will vary depending on the object, some may require prior procedures and others will require declaration when you arrive. 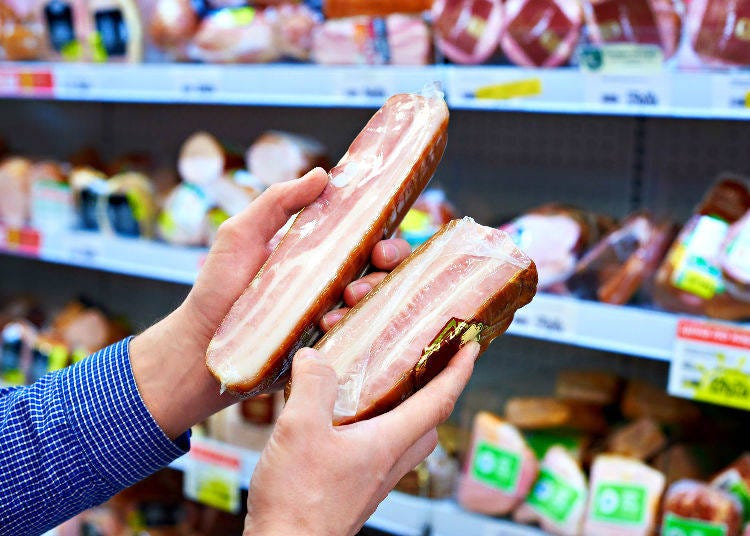 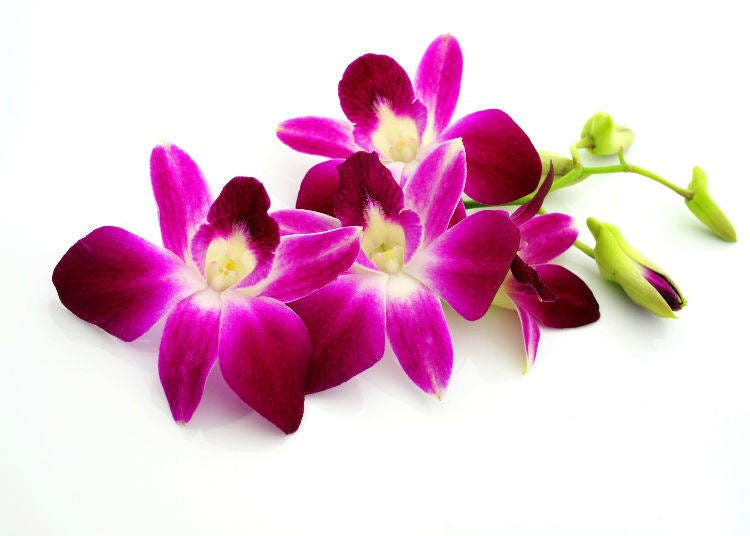 Animals such as cat and dogs 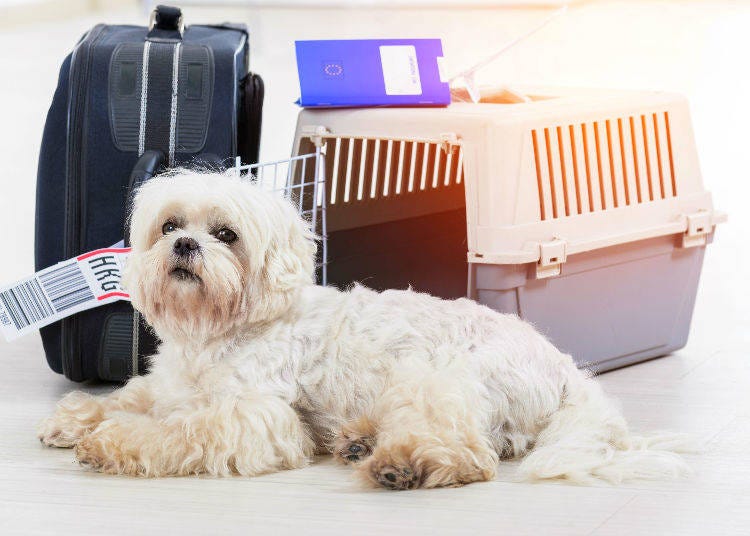 When bringing over pet dogs and cats it is required to have import inspections for rabies and leptospirosis (dogs only). Cats and dogs that have met import conditions can finish their inspection in a short duration, however if the conditions are not met, they will have to be inspected in the holding facility at the Animal Quarantine Station for a maximum of 180 days.

After the inspection there are cases where the animal may not be permitted, this applies to assistance dogs such as guide dogs, service dogs, and hearing dogs. Also inspection for rabies will be conducted for raccoons, foxes and skunks. Remember that these inspection fees will be burdened by the individual. If you plan on bringing over an animal, make sure to contact the Animal Quarantine Station beforehand and start preparations early.

Items that are controlled by the Washington Convention 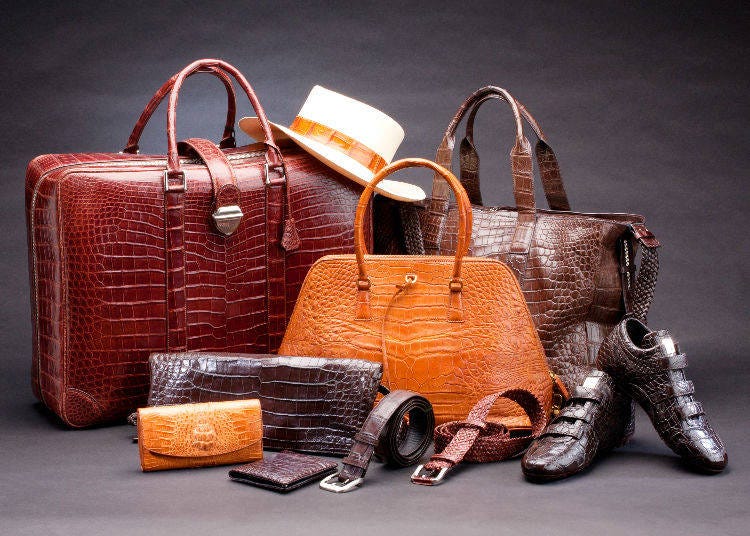 Import of many animals and plants are controlled by the Washington Convention (Convention of International Trade in Endangered Species of Wild Fauna and Flora). This applies to fur, leather products and things that have been commercialized such as traditional Chinese medicine. To import these items it require documents designated by the Washington Convention such as a permit from the exporting country and an import approval certificate by Japan’s Ministry of Economy, Trade and Industry. 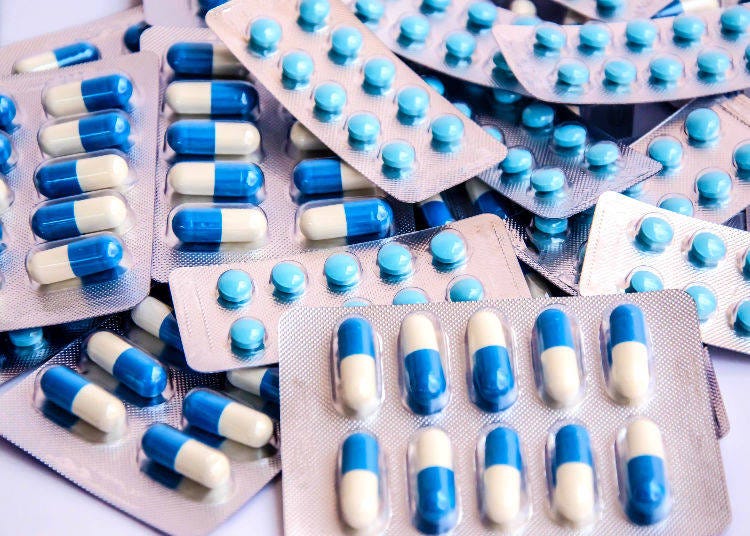 Even if it is for personal use, there is a limit on how many medication and cosmetics you can bring in.

・Medication, quasi drugs – volume of two-month’s consumption or less (within one-month’s consumption or less for prescription drugs)
・Medicine for external use (excluding prescription drugs) – 24 pieces or less of normal size per item
・Cosmetics – 24 pieces or less of normal sizes per item
・Medical equipment (including electric massage equipment and thermometer) – 1 set (for home use only) 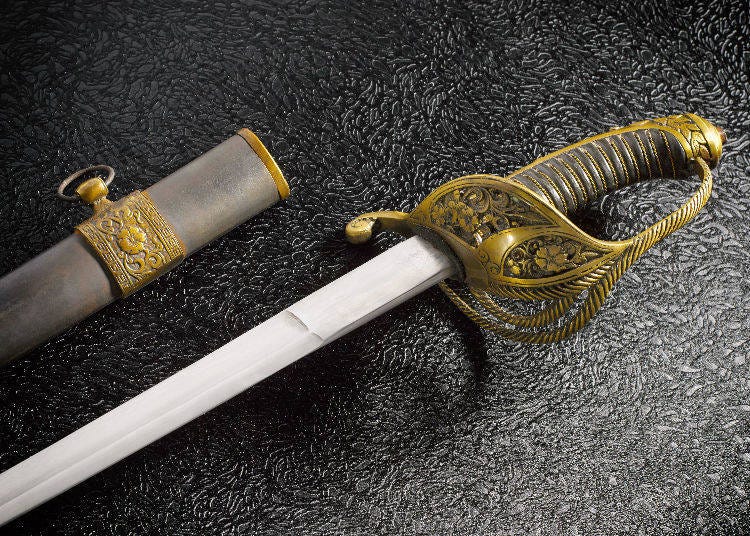 In Japan if you wish to import hunting rifles, air guns, and swords, you need to obtain a possession permission from the Prefectural Public Safety Commission. Possessing weapons is fundamentally prohibited under the Firearms and Swords Control Act, due to the high possibility of weapons being use in crime or accidents. Items allowed to be possessed or imported are listed under the Firearms and Swords Control Act article 14 such as “ancient firearms such as matchlock that has art or antique value, or swords with art value.”

There are many things that can’t be brought into Japan. Having issues when entering the country could ruin your trip, so make sure to check what requires permission beforehand. If you are unsure of certain items, we recommend asking specific agencies for instructions.

Related: Careful! Things You "Can" and "Can't" Take Out of Japan
*This information is from the time of this article's publication.
*Prices and options mentioned are subject to change.
*Unless stated otherwise, all prices include tax.