HOME Better Safe than Sorry: What to Do When an Earthquake Hits While You’re in Japan 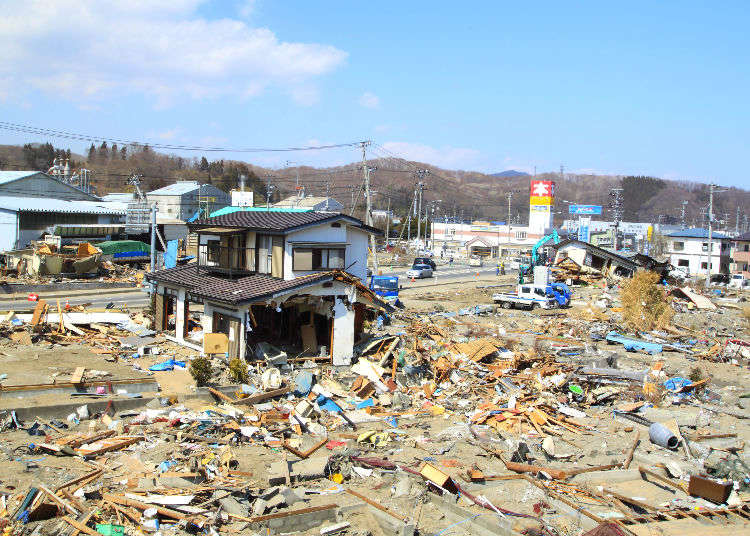 Better Safe than Sorry: What to Do When an Earthquake Hits While You’re in Japan

Japan is globally known as “earthquake country.” The Japanese archipelago actually sits on a spot called the “Ring of Fire” where four earthquake-causing plates overlap and smush into each other, causing the country to be so prone to quakes.

What to Do When an Earthquake Hits 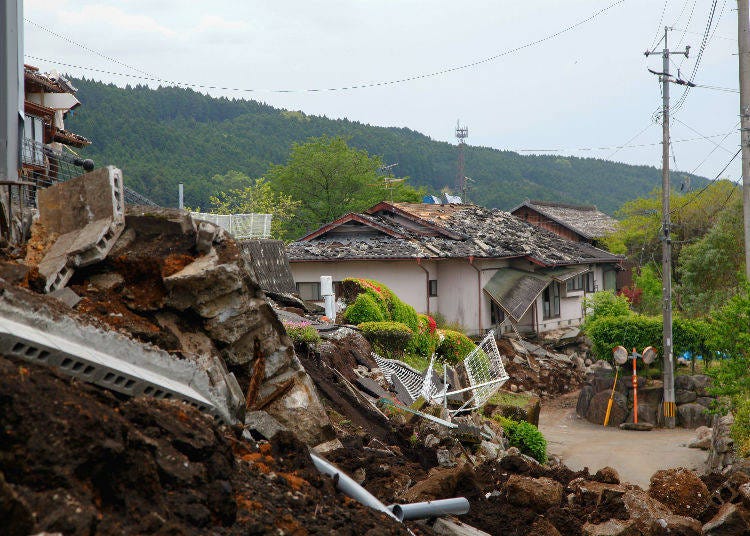 The basics
First, remain calm and look around at local people around you. Most quakes are over after around a minute and without much consequence. Japanese buildings are made to withstand even large temblors. However if you are inside your hotel during a quake and the shaking seems particularly severe, take the following steps.
- Hide under a table or desk if you feel the ground shaking.
- If an earthquake occurs during the night, wake up friends and family and seek to get under a table/desk for protection against falling debris.
- Check the TV, internet, and radio for information regarding aftershocks. Use hotel staff as a resource as well.
- If the quake seemed particularly large, there may be risk of tsunami. There will be information on tsunami alerts (or lack thereof) on the TV and internet as well.
- If you require aid as a result of the earthquake, call the number 199. Tell the operator your name, how to contact you, where you currently are, and what kind of injury you require aid for.

Situation-specific Measures During a Quake 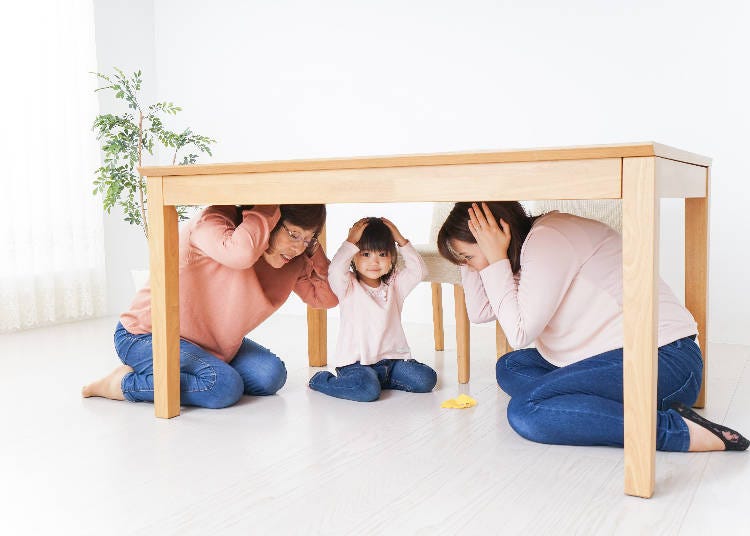 What to do during an earthquake also depends on where you are. Let’s take a look at some specific situations.

At an accommodation
- Hide under a table or desk to protect yourself from falling objects and furniture.
- Stay put until the shaking fades.
- Once the quake is over, approach the staff and follow their instructions.

At train stations and commercial facilities
- Ceiling panels and signs might fall during an earthquake. There is a risk of injury or death if you get hit on the head directly, so move away from things that could fall.
- Find a safe place where nothing can fall on you and stay put.
- Make sure that the tremors have stopped, then follow the instructions of the staff. Avoid hasty action and acting by yourself.

Inside a train
- Stay put until the staff gives directions. Do not leave the train by yourself as you might cause a delay and inconvenience others in case the trains start running again.
- Make sure that the tremors have stopped, then follow the instructions of the staff. Avoid hasty action and acting by yourself.

Inside an elevator
- If an earthquake occurs while you’re in an elevator, press all floors and get off the next time it stops and find shelter.
- If you are trapped, contact the elevator’s management or security office by using the installed speakerphone. Explain your situation and wait for help.

Inside a car
- If you are driving while an earthquake hits, be aware that other people might not notice the shaking, so decelerate slowly, turn on the hazard lights and pull over to the left.
- Stay in the car until the tremors fade and act only after checking information about the situation via phone or radio.
- Parked cars might obstruct ambulances or firetrucks, so make sure to leave it unlocked and the key in the ignition so that emergency responders can move the car as needed.

While outdoors
- Move away from brick walls, vending machines, utility poles, and electrical wires, as they might fall over.
- If you are near the sea, evacuate to high ground as fast as possible and check for information regarding a tsunami. Do not go near the coast until the tsunami warning is canceled.

What to Do After the Earthquake 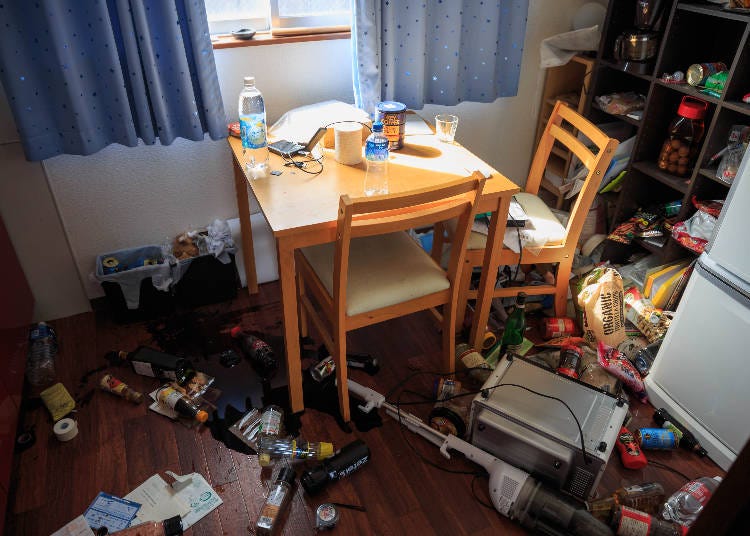 Acting in a hurry is dangerous, so seek shelter while staying safe
- If the building you are is not in danger of collapsing or catching fire, stay inside. It is dangerous to blindly rush outside.
- If you’re afraid of a fire or the building collapsing, evacuate to a nearby park or designated evacuation spot. Furniture and lights may fall, so leave the building while covering your head with a helmet, bag, and so on. On top of that, watch your step for glass shards.
- Once the shaking has stopped, open all doors and windows in case you need to evacuate.
- If you are on the ground floor, evacuate to a higher floor or go outside to not get crushed in case the building collapses.
- Check the disaster manual in your native language, available online. One example is the “Tokyo Metropolitan Government Disaster Prevention Website” that published the “Tokyo Bousai,” a disaster manual, in English, Chinese, and Korean.
http://www.bousai.metro.tokyo.jp/foreign/english/index.html

Preventing secondary disasters
- Turn of anything that may cause a fire, such as gas, the stove, cigarettes, and so on.
- Close the main gas valve to prevent fires caused by a gas leak. If you already notice a gas smell, do not light an open fire and o not plug and unplug electric appliances.

Contacting family and friends
Contacting friends and family to tell them you’re safe and to confirm their own situation is important. However, telephone lines are very likely congested after a big earthquake and you might also not be able to connect to the internet. In that case, we recommend using one of the following channels:

Disaster Emergency Message Dial (171)
This is a free service that becomes available after an earthquake that measures 6 or above on the Shindo scale. It lets you record a message for friends and family via phone. If you want to leave such a message, deal 171. Follow the instructions of the operator and leave a message.
This message can be checked by friends and family by dialing 171 and entering a specific phone number. To use this system properly, it is important to decide on a phone number beforehand and then share it with family and friends.

Disaster Message Board (web171)
This is a free service that becomes available after an earthquake that measures 6 or above on the Shindo scale. Access web171 (https://www.web171.jp) via the internet and enter the phone number you want to check messages for. If a message has been left, you’ll be forwarded to a registration screen to check the message. If there is no message yet, you can leave an email address to receive a notification as soon as a message is left. You will also have to decide on a specific number beforehand if you want to use that service. (Note that Facebook and other SNS platforms may also have a “Mark me as safe” feature as well.)

If you are buried
If you get stuck underneath furniture or debris, call out loudly for help. Should you be injured and shouting is difficult, knock or tap on the things nearby or use the alarm of your mobile phone to notify people nearby.

If a fire breaks out
- Call out loudly to warn people around you. The Japanese word for “fire” is kaji.
- Try to put out the fire with a fire extinguisher. However, not every fire can be put out by one person, so if in doubt, stay safe and run away.
- Move while crouching down and covering your mouth and nose with a wet towel or something similar to avoid breathing in the smoke.

What to Do during an Evacuation 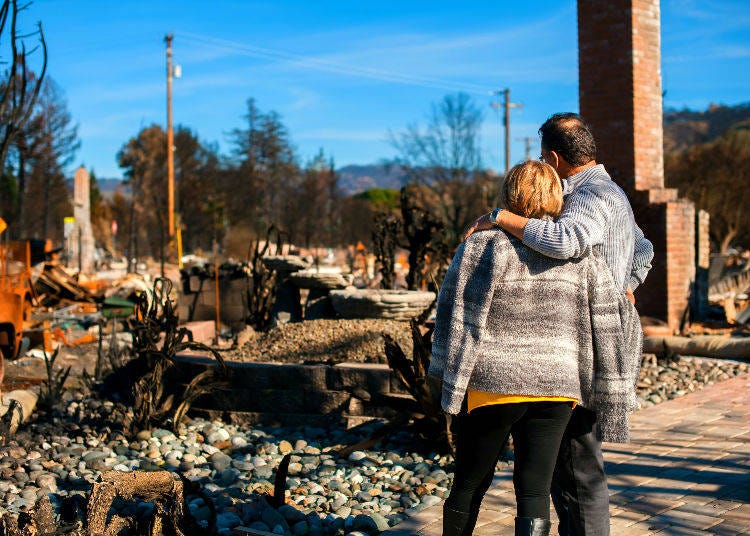 Have an evacuation bag at the ready
It can be a good idea to separate out essential items into a smaller bag for a “just-in-case” situation.
- Only pack the most important things to keep your bag as light as possible.
- Choose a simple and light bag or backpack that is easy to carry but able to fit
- Store necessities and valuables in your emergency bag, but try to keep the number of things to a minimum.

Preparing for secondary disasters
- Check information about the weather and aftershocks regularly. Such information is announced by the municipalities and the Japan Meteorological Agency (http://www.jma.go.jp/en/).
- There is a possibility of landslides and collapsing houses due to aftershocks, so stay away from the shore and buildings.

Preparing for an Earthquake 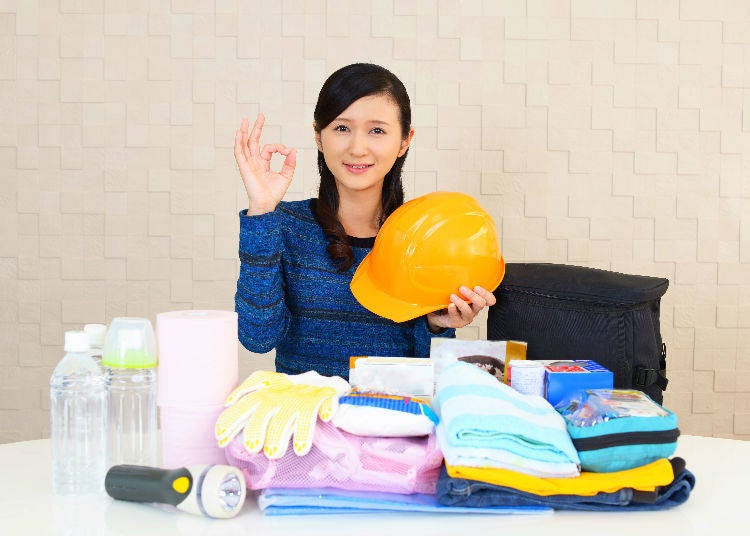 Confirm the language skill of your landlord or accommodation staff
It is important to be able to communicate with the local staff or your landlord in case of a disaster. Make sure to check what languages they can speak beforehand. 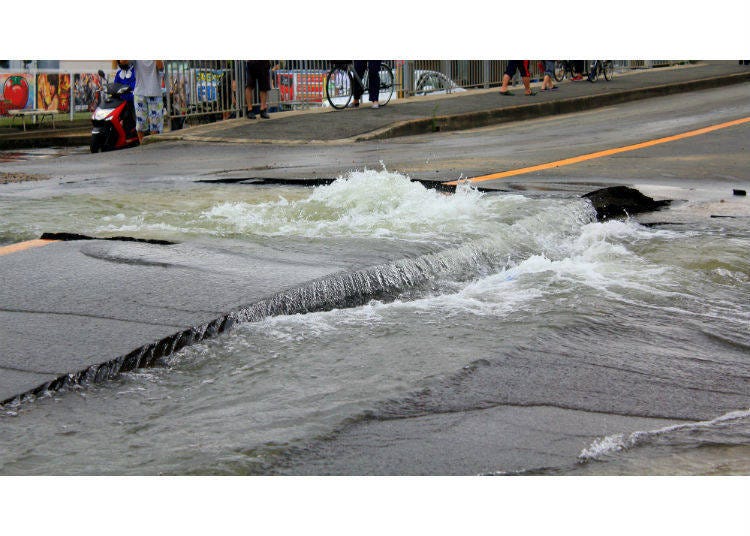 You can never be too prepared for a natural disaster such as an earthquake. Being in a country with a different language and culture while an earthquake hits will certainly seem scary, but knowing how to deal with such an occurrence is going to help you navigate the situation confidently!