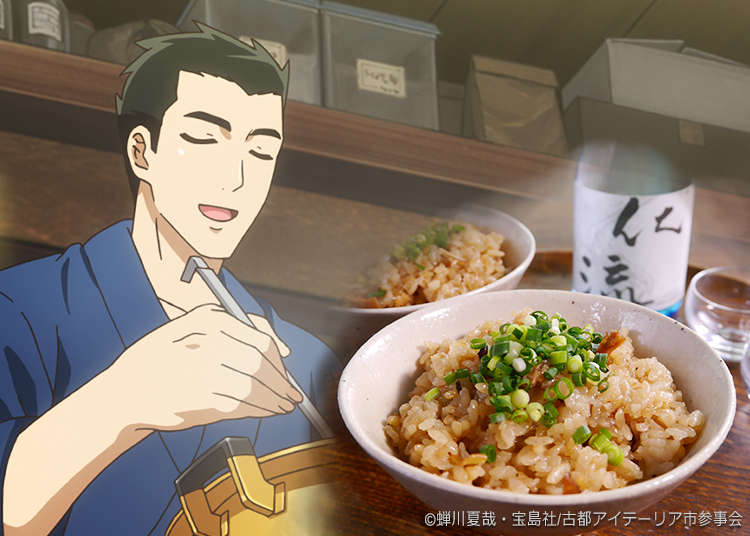 We're again introducing select Japanese recipes from the hit anime series, Isekai Izakaya Nobu! Whether you’re a fan already or have just stumbled upon the show, one thing is for sure: the dishes of gourmet anime Isekai Izakaya ~Koto Aitheria no Izakaya Nobu~ look positively amazing! Japanese star chef Ryuta Kijima created simple recipes based on the food served at Izakaya Nobu itself, for you to cook in your own kitchen at home. (Even if you're not a giant anime fan, you're still bound to enjoy these authentic Japanese foods!)

Squid is a big topic in this week’s episode of Izakaya Nobu. In the West, we mostly encounter squid as fried calamari or grilled with herbs and sauce. In Asia, dried squid is a beloved savory snack and Japan particularly enjoys squid sashimi or grilled squid as a staple festival food.

The dish we’re cooking today is called ikameshi, a regional specialty from Hokkaido with a rather curious background. During World War II, a boxed lunch shop had the ingenious idea of using the abundantly available squid to ration rice. To do that, they removed the tentacles and gutted the squid, stuffed it with rice and cooked the entire thing in a dashi broth. The result was amazingly delicious and by the 70s, all of Japan was deeply in love with ikameshi! 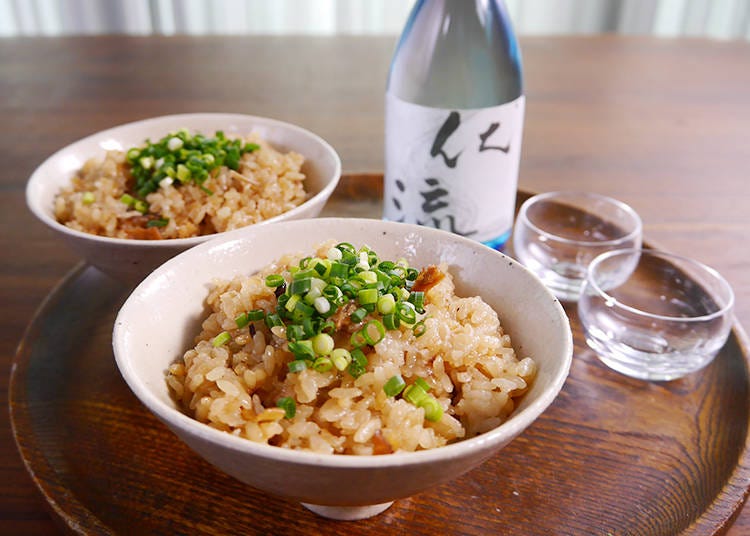 Don’t worry – Chef Ryuta Kijima won’t make you gut an entire squid. As per usual, he brings his own modern twist to the classic dish and prepares it much simpler, yet all the more delicious! Even if you’re not a big fan of squid – just like a particular Nobu patron – you might find yourself enjoying this savory rice dish more than you’d have thought! In any case, let’s give it a try and get cooking! 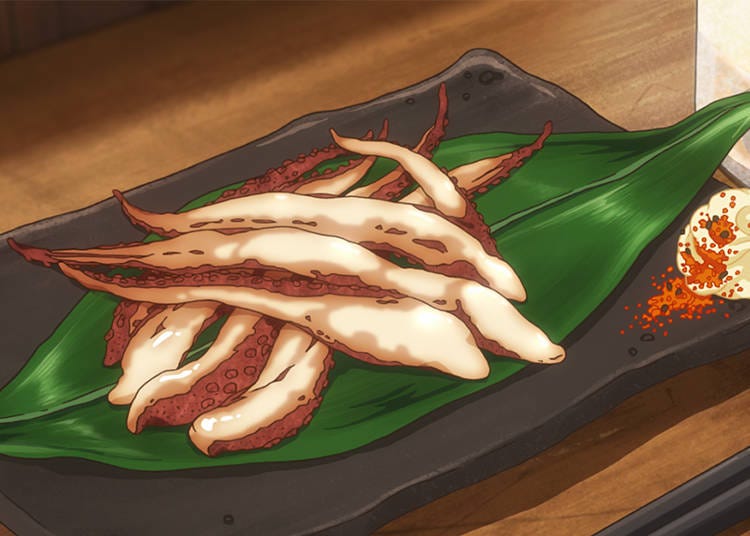 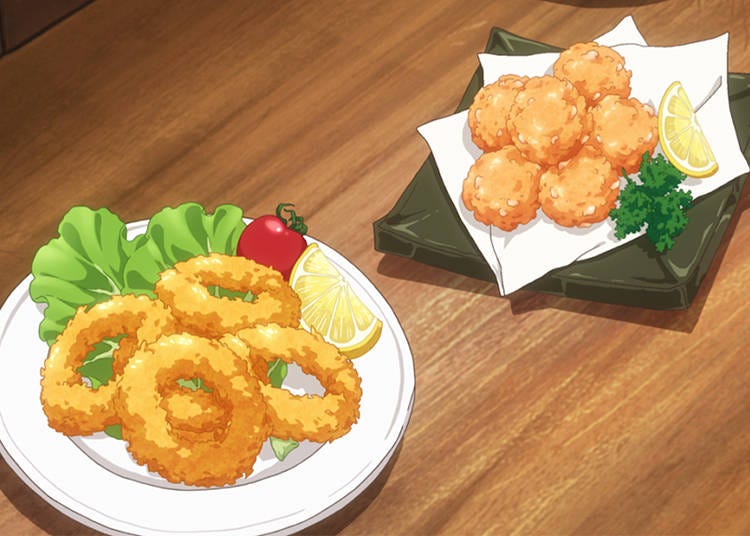 Preparation
1. Polish the rice by rinsing it with cold water.
2. Cut the mochi in two halves.
3. Use scissors to cut the dried squid into 3cm-long strips.
4. Peel the ginger and cut it into thin slices.
5. Cut the green onion into small pieces.
6. Put the polished rice in your rice cooker and add the sauce (soy sauce and sugar), as well as water as needed. (*2)
7. Add the squid and the ginger. Place the rice cake (mochi) on the very top.
8. Once done, mix the rice as if you’re cutting it, especially making sure that the rice cake is properly mixed.
9. Serve your ikameshi in a large bowl and sprinkle with green onion. Itadakimasu!

*1 Both dried squid and rice cake can be found in Asian supermarkets or ordered online.
*2 If you do not have a rice cooker, you can use a pot as well. The best method to prepare the rice then is to let it soak for about 15-20 minutes. Drain the old water and add fresh water instead, precisely as much rice as you have in your pot – using a cup is recommended. Bring the water to a boil over medium high heat, then turn it down to low and cover the pot with a lid. About 10-15 minutes later, you will have perfect rice cooker-like results.

With these quick and easy recipes, you can bring both the taste and atmosphere of Izakaya Nobu to your own kitchen. And don’t hesitate to enjoy Chef Kijima’s creative creations with a frosty beer!