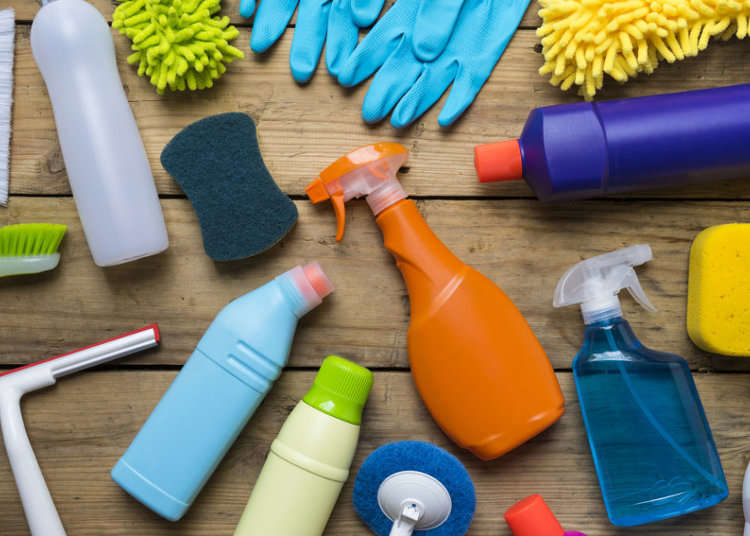 Whether big or small, the cleanliness of one’s home is valued throughout the world. In Western culture, people wait for the warmer months to arrive before initiating a big “spring cleaning,” taking time to thoroughly dust, sweep, and scrub their living quarters from top to bottom. However, did you know that Japan has a similar tradition that takes place in the winter? 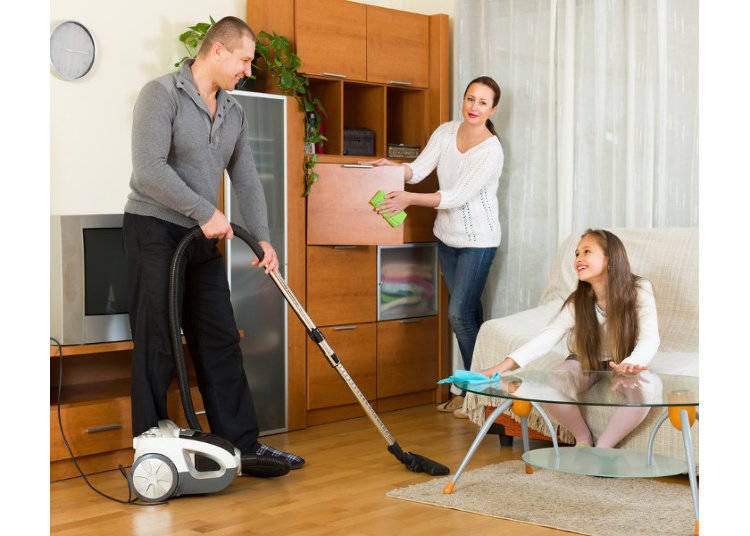 Just before the very end of the year, Japanese people participate in what is commonly known as “osouji,” a deep cleaning of one’s household that is highly believed to cleanse the home and purify the residence in order to welcome “Toshigami,” the kami (Shinto deity) of the New Year. 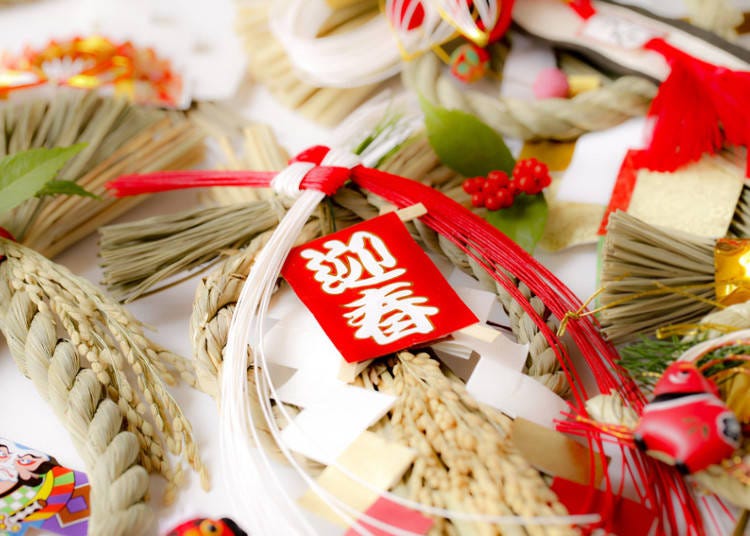 Toshigami is the Shinto deity that is said to visit each home in the New Year, bringing families health and good luck in the coming year. Before Toshigami can visit, however, there are some preparations that must be done. In addition to adorning one’s door with a traditional New Year’s “shimekazari” rice straw rope decoration, the act of osouji, and the resulting purification, is regarded as one of the tasks essential to welcoming the kami. Next to osouji, Japan has a variety of different traditions to welcome the New Year’s deities, such as serving a special kind of dish called osechi, or adorning one’s house with a kagami mochi, a decoration made from two rice cakes, a bitter orange, and various ornaments. 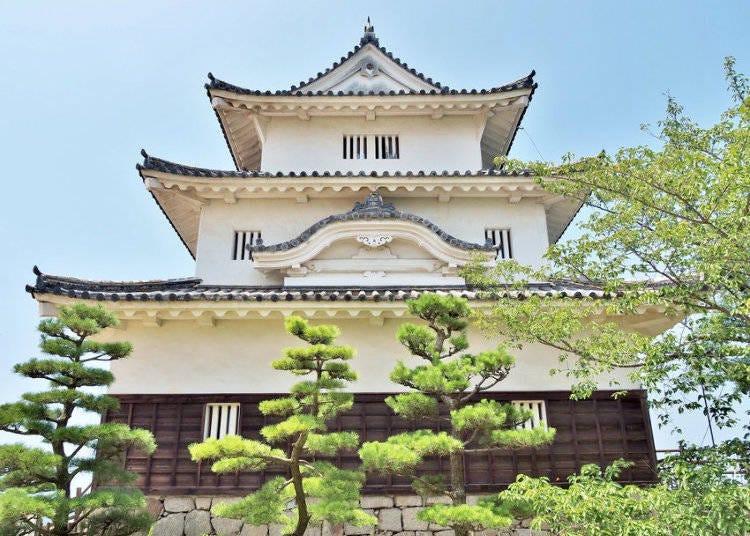 It is said that the roots of osouji go back to Japan’s Heian era. Back then, it was merely the Imperial Palace that was being cleaned of all the soot of the last year in an act that is called “susuharai.” In the Kamakura period, this noble custom spread to temples and by the Edo period, even the common people took part in this yearly cleaning ritual. The grand Edo Castle was swept of all soot and cleaned during the month of December. This cleaning serves not only to rid a household of dirt, but is believed to act as a type of spiritual purification.

Susuharai: Brushing Off the Dust 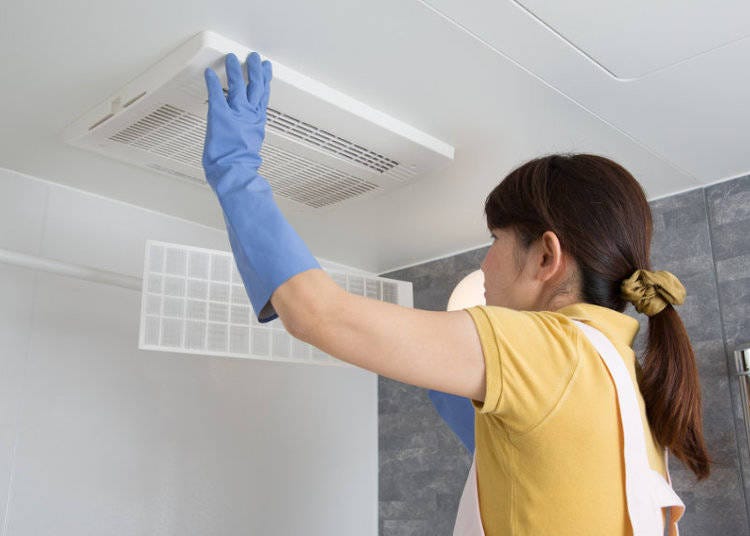 One of the main activities involved in osouji is “susuharai,” which specifically refers to the sweeping away of dust or soot. Furniture, as well as window sills, fans, and other hard-to-reach spots are subjected to a thorough dusting. Areas that are not cleaned on a regular basis will be paid extra special attention. This particular tradition was quite important during the Edo period, when it was common for homes to have fire hearths, which caused a build up of soot within the house. 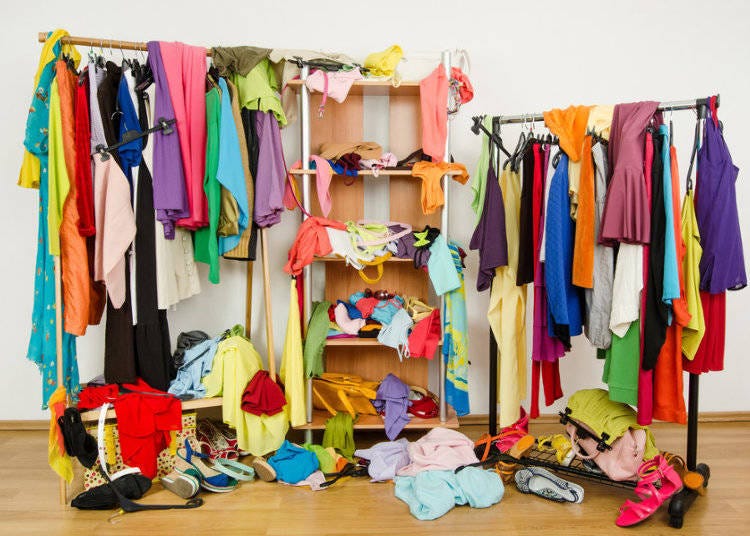 Another element involved in Japan’s big cleaning is “seiri,” which is the word for organizing items. Even if a room is free from dirt and dust, it does not mean that it is free from mess! Rooms that have become cluttered are organized, and items deemed unnecessary are discarded.

Big Cleaning in the Workplace 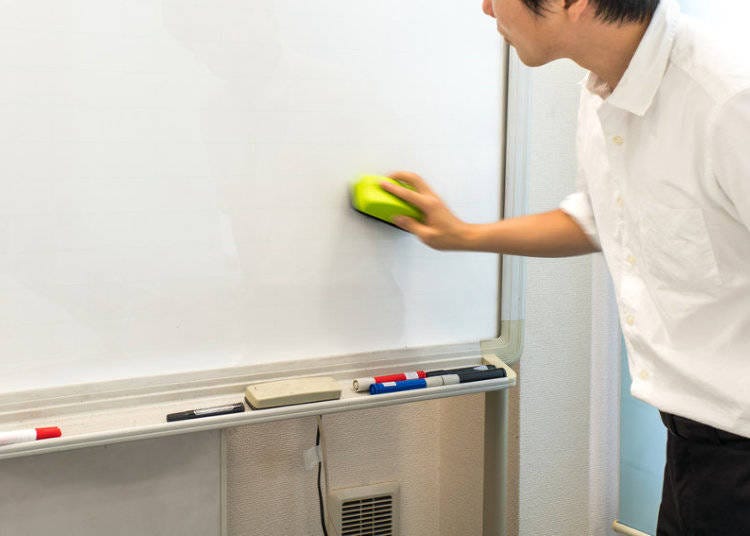 Osouji isn’t just limited to homes; many companies in Japan also have a big workplace cleaning that takes place before the end of the year. During this cleaning, every employee participates in dusting, scrubbing, and tidying of the office area. 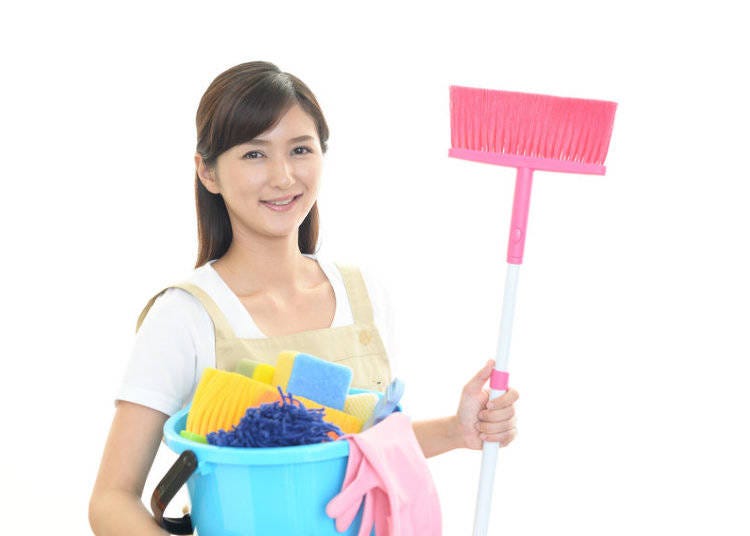 Once the house is clean, the New Year’s decorations can be displayed. Just as a shrine visit acts as a conclusion to the different customs and traditions to prepare for the new year, cleaning one's house is the first step to prepare oneself, and as such, Japanese New Year begins and ends with an act of cleaning, be it one's own house or one's soul at a shrine or temple.