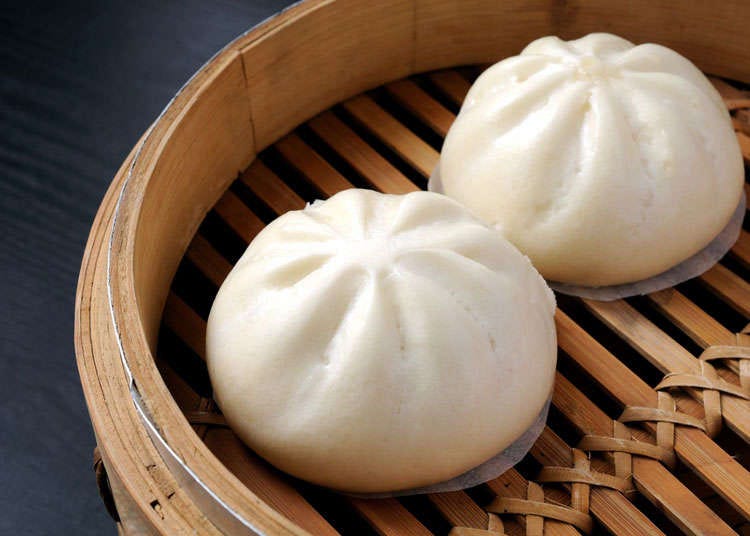 Nikuman is a popular snack in Japan. It is served hot so you may not see it during the hot seasons but you can see them sold at many places during autumn and winter. It is established as a snack during the cold seasons in Japan, reminding us of the approaching winter.

History of Nikuman in Japan 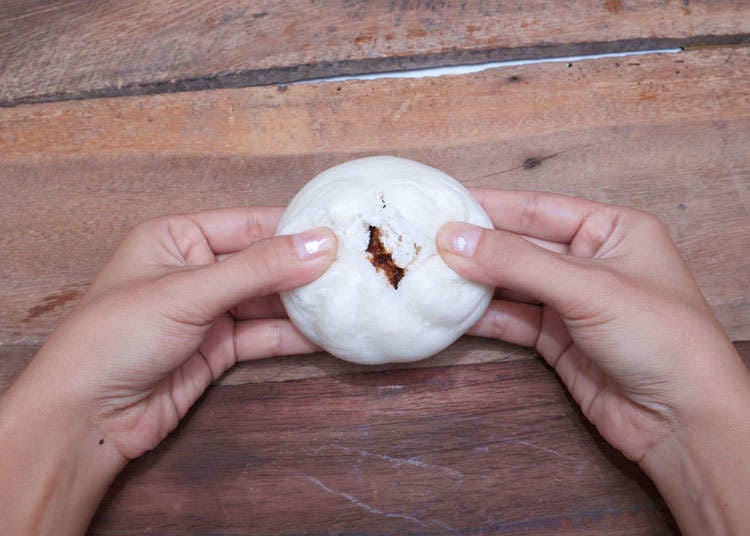 Nikuman was originally introduced to Japan as "chukaman" (Chinese-style steamed bun). Initially it was sold only at specialty shops in Chinatown, then started to be sold to Japanese consumers around 1927. Chukaman sold at an old established food company in Shinjuku, Tokyo is still very popular today. Among chukaman, nikuman with meat filling inside was especially a hit, and gradually spread throughout Japan. Convenience stores started selling nikuman in the 1990's and became a big hit. It's a popular snack food for students after school and business persons. 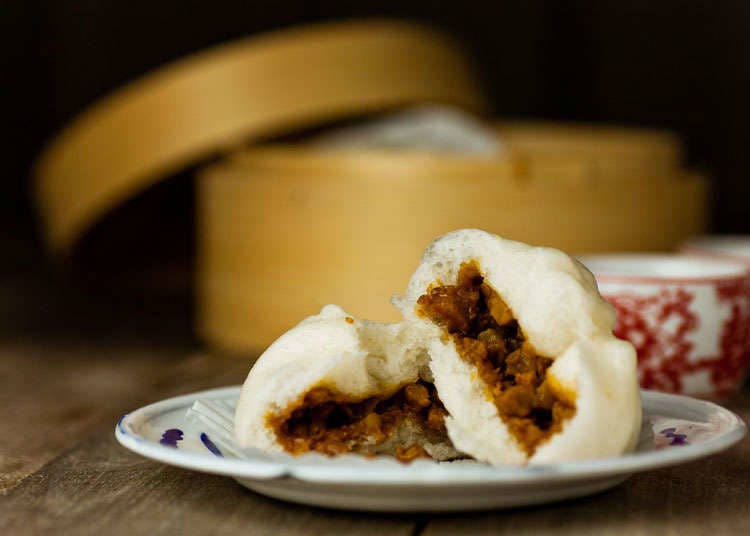 Nikuman is a steamed bun with meat filling wrapped by white fluffy skin. The ingredients are finely chopped pork meat, onion and shiitake mushrooms. The soft texture of meat and juicy gravy make it appealing. It tastes good as is or is eaten with sauce and mustard depending on the shop.

Where to eat Nikuman in Japan 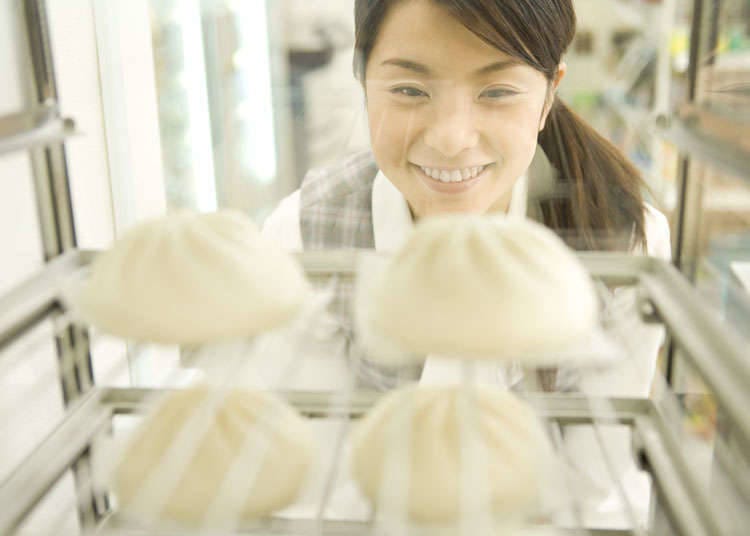 People often buy nikuman at convenience stores. You will find warm nikuman placed in a clear case next to the cashier. Ask the store staffer to take it out for you. You can eat it straight away. At specialty shops you can order freshly made nikuman. In Osaka there is a famous chain store specializing in nikuman. It is so popular that some visitors to Osaka buy nikuman as souvenirs. Some supermarkets sell nikuman to heat it up in a microwave.

"man" other than Nikuman 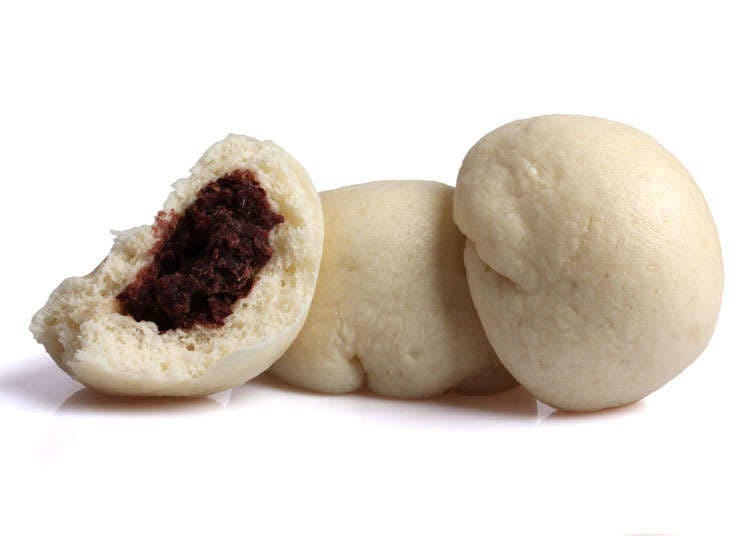 In Japan, there are food called "man" filled with various kinds of ingredients other than nikuman. A representative is "an-man" which is filled with "anko" red bean paste and has a distinctive rich sweetness. "Pizza-man" is made with meat and vegetable filling seasoned with tomato ketchup. Similarly, "curry-man" is made with meat and vegetable filling then seasoned with curry powder. In addition, each convenience store chain introduce their own flavor every year such as the ones with cheese as well as with hamburg steak.