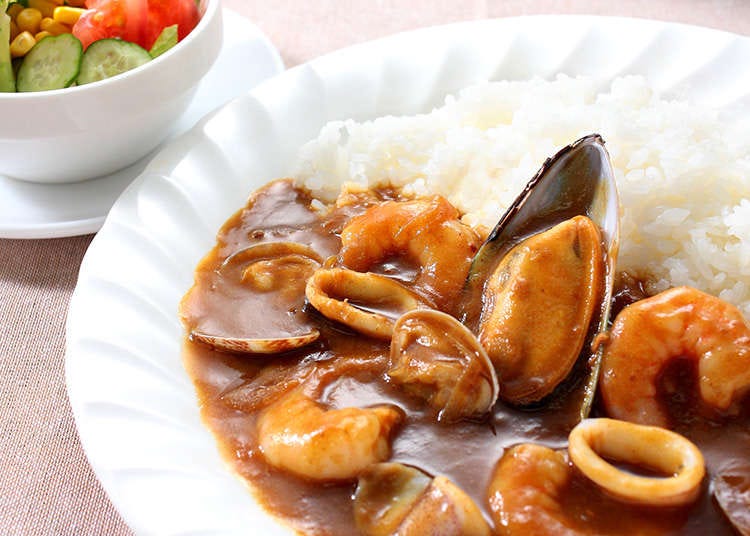 Japanese often eat curry, and it is popular across all age groups, from children to adults, both at home an in restaurants. What the Japanese call curryrice is different from real Indian curry. For one thing, it is just a curry roux, often mixed with meats or vegetables, spread over white rice, and it is usually not very spicy. Still, the Japanese version of this cuisine has gained a huge following and dozens of varieties are available.

Look up establishments by Curry

The Origin of Japanese Curryrice 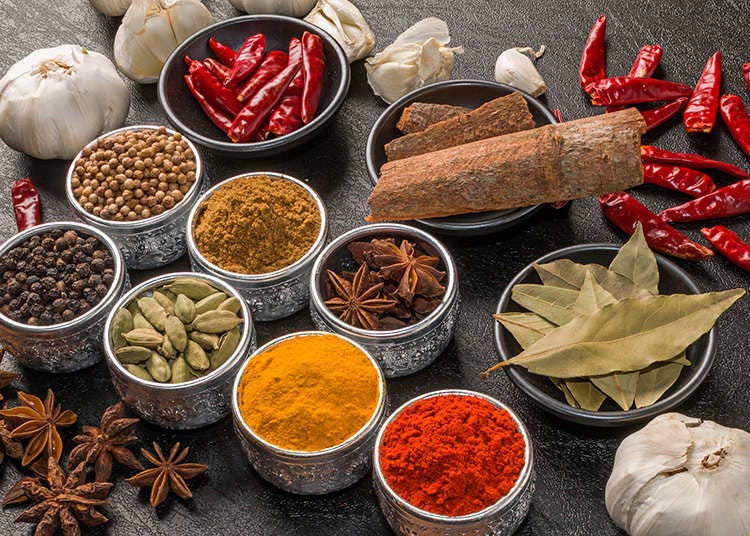 British-style was born when British people brought Indian cuisine back home from their colony in India. In the Meiji era, many aspects of Western culture were imitated, and British curry was among them. Because of its immediate origins, it was classified as Western food. Japanese curryrice features ingredients such as carrots, potatoes, and onions, and is sometimes thickened with wheat flour. 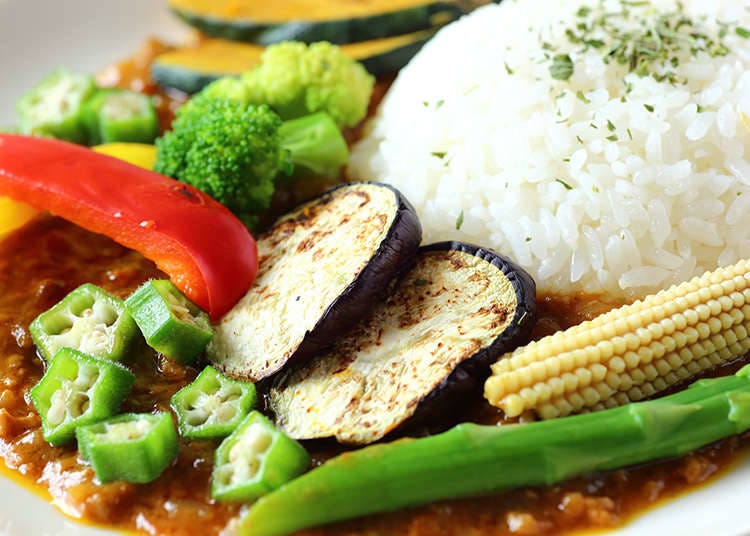 Curryrice can be cooked easily by stir-frying ingredients such as meat or vegetables, then adding water and a package of solid curry roux (readily available at food stores, convenience stores, etc.) and boiling the mixture.
There are many ways of preparing the dish, and probably every family has their own style, in part because anything goes well in curry. You can make more than one roux and mix them, and then add some secret flavor. If you’re in a hurry, just buy the pouch-type instant curries. You pop the pouch into boiling water or into a microwave oven, and in a few minutes you can spread delicious curry over a bowl of rice. 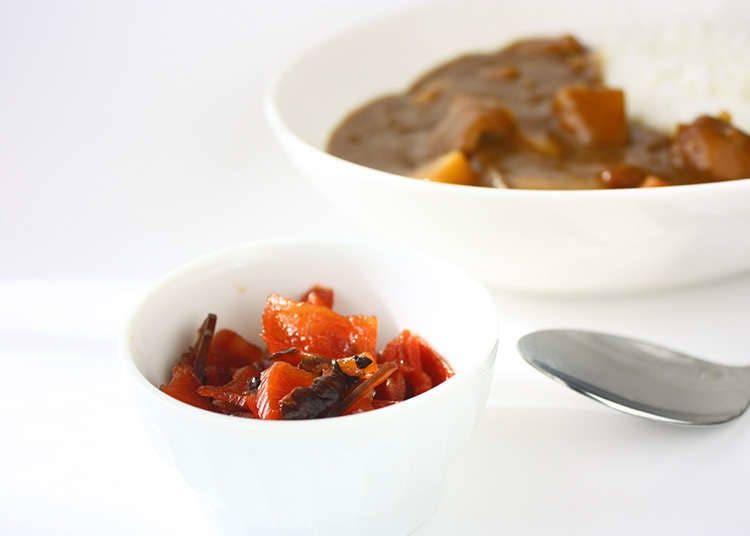 The 7 types of pickled vegetables, mixed as well as minced, that are commonly served with curry are called "fuku-jin-zuke". The kind of pickled vegetables eaten in India, the home of curry, also appeared in Japan around the time when the dish was first introduced, but the taste did not suit the Japanese palate, so fuku-jin-zuke was served instead, and it soon became popular. Since then, this combination has become a standard in Japan. 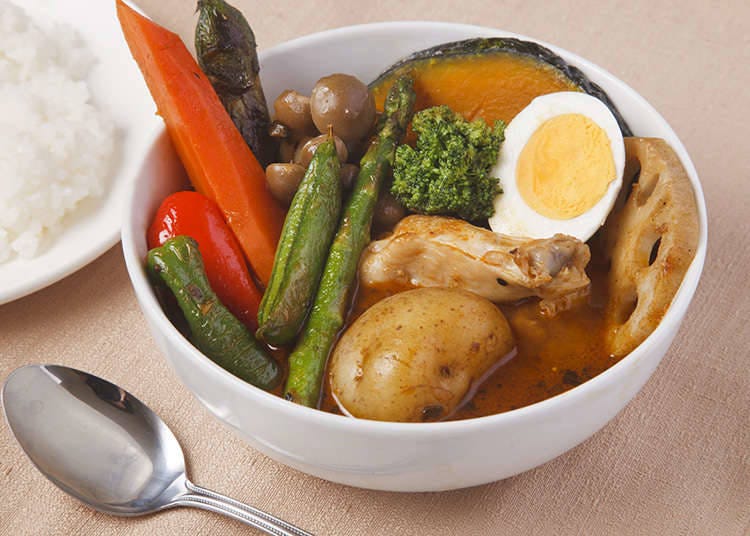 Curryrice has so many variations that is has become one of those foods that can be customized by different regions of Japan, and those regions are proud to show off their own style of making curryrice. Soup curry from Sapporo, Hokkaido, is so famous that it is offered at eateries all across the country. 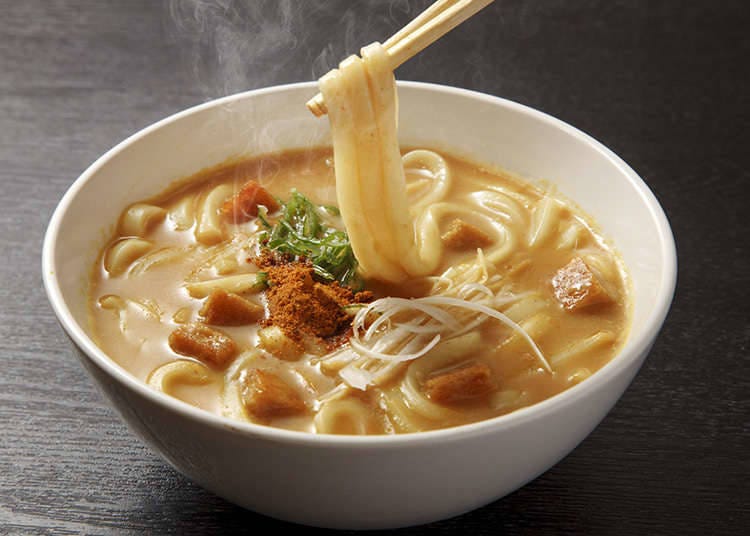 Besides curryrice, other varieties of curry include Curry doria (curry and cheese over rice that is cooked in the oven), Curry Udon, udon noodles with (soup) curry, and Curry bread, which is more like a roll with curry in it.

Look up establishments by Curry
*This information is from the time of this article's publication.
*Prices and options mentioned are subject to change.
*Unless stated otherwise, all prices include tax.