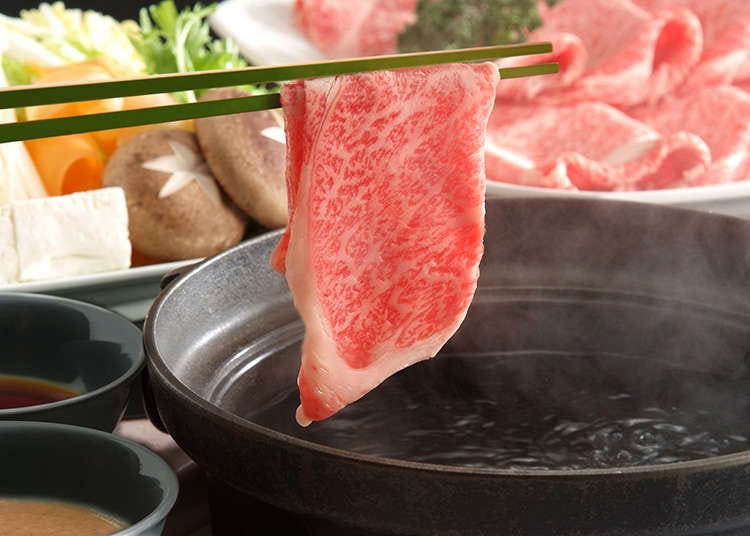 Shabu-shabu is a type of a hot pot dish with thinly sliced meat swished through a pot of dashi (broth). This is a popular dish eaten very often at home in Japan.

Look up establishments by Shabu-shabu 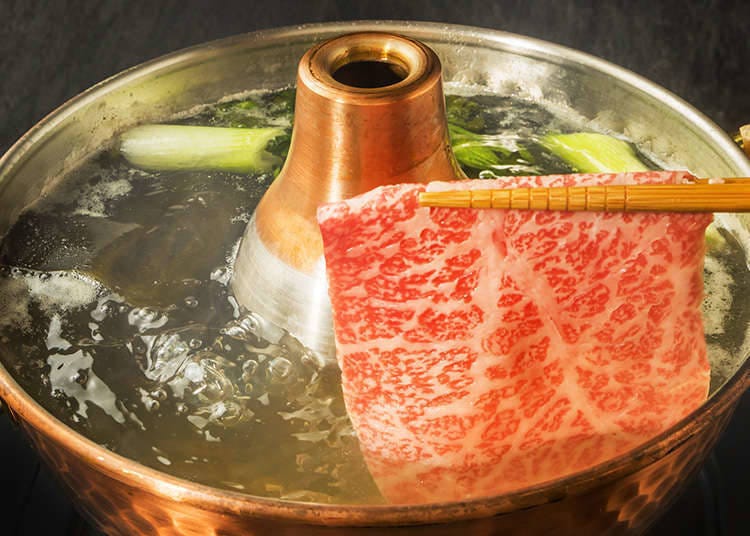 It was named shabu-shabu by a steak restaurant in Osaka back in 1952 when the restaurant was promoting this dish. In China, there is a dish called shuan yang rou involving mutton meat being cooked by being swished through a pot of soup. It is believed that this cooking method was adapted in Japan and evolved to become shabu-shabu. 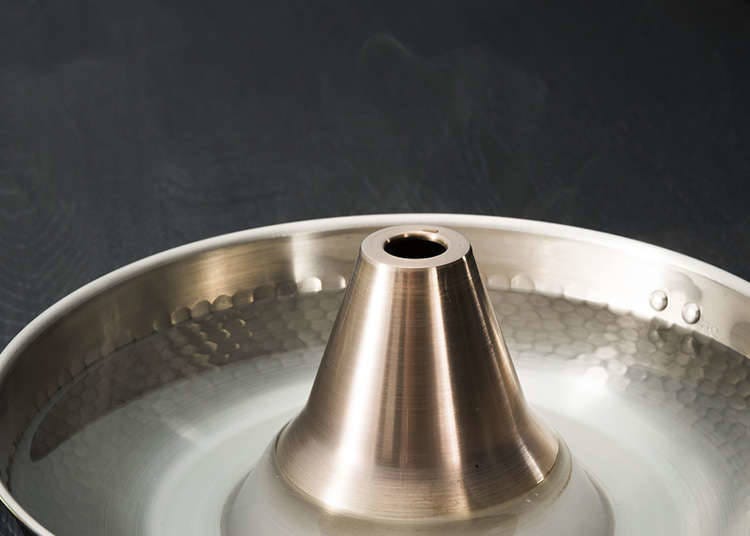 There are no specific rules as to what kind of pot to use, as long as you can fill it with plenty of broth. There is a shabu-shabu pot specially designed with a chimney in the middle. This shape also originates from China. In China, in a time when there were no stoves, people used this pot by putting charcoal in the central chimney. 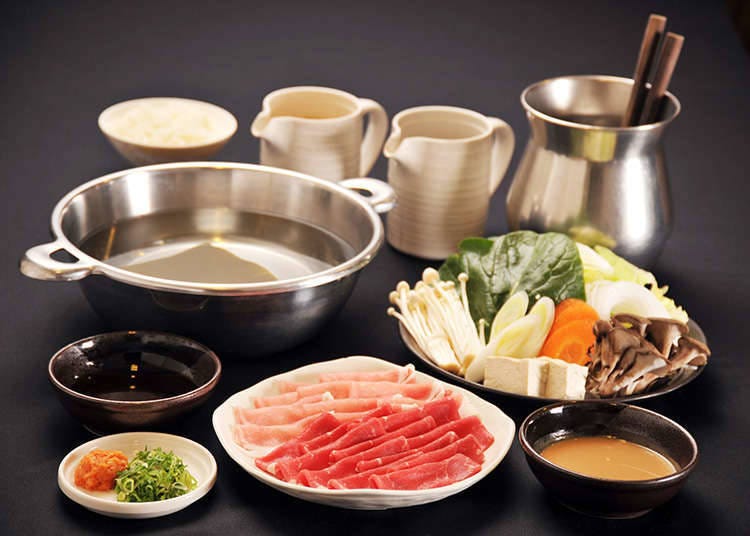 A pot with broth, thinly sliced meat, vegetables, and dipping sauces are served on separate plates/bowls. Vegetables, mushrooms, and tofu (bean curd), which do not require long cooking time, are usually chosen as side ingredients for shabu-shabu. The main ingredient is thinly sliced meat. Japanese beef fat melts at a low temperature, so Japanese beef is perfect for shabu-shabu which has a quick cooking time. Initially, beef was the standard choice, but pork, which has a simple flavor and is said to be good for health, is now also a favorite among many. 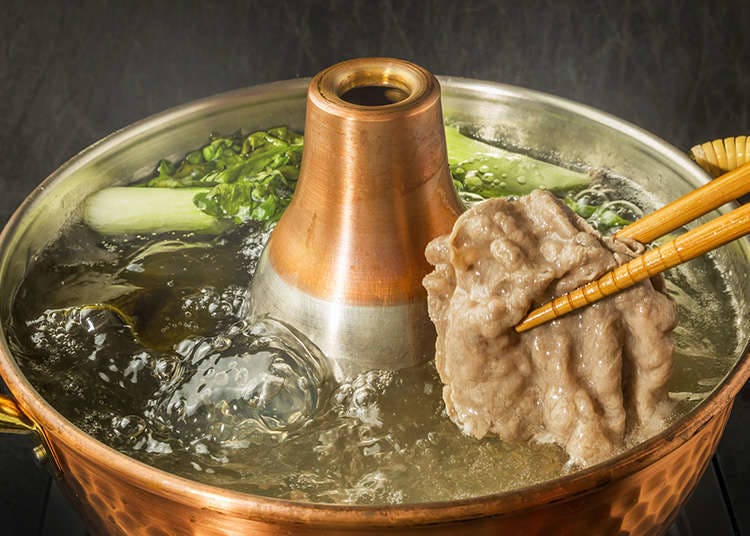 Put plenty of soup made from kombu (kelp) and other similar ingredients in a pot and heat. Add vegetables and bean curd. It is important that you do not cook the ingredients for too long, and do not fill the pot with too many ingredients. When the broth is boiled, pick up a slice of meat using chopsticks, and pass it through the broth two to three times. Once the meat has changed color, it is ready to eat. 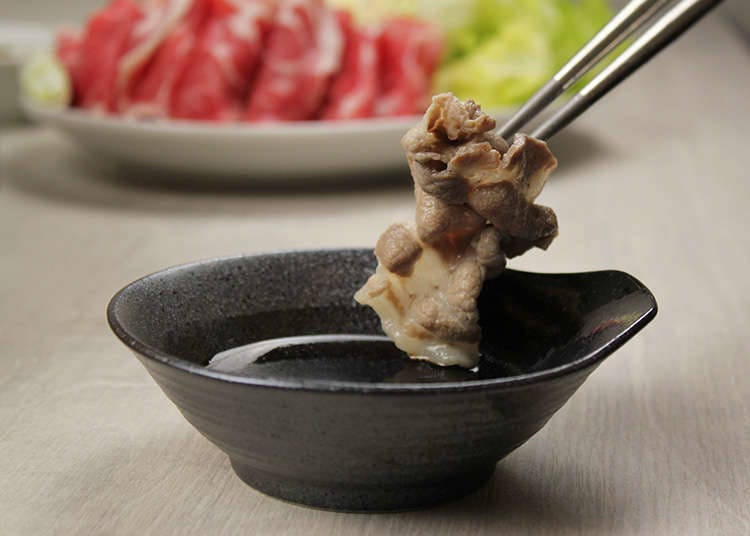 Two types of sauce commonly served with shabu-shabu are rich goma-dare, a sesame-paste based sauce, and simple ponzu, a citrus-based sauce with soy sauce.

Giving a Twist to Ordinary Shabu-shabu 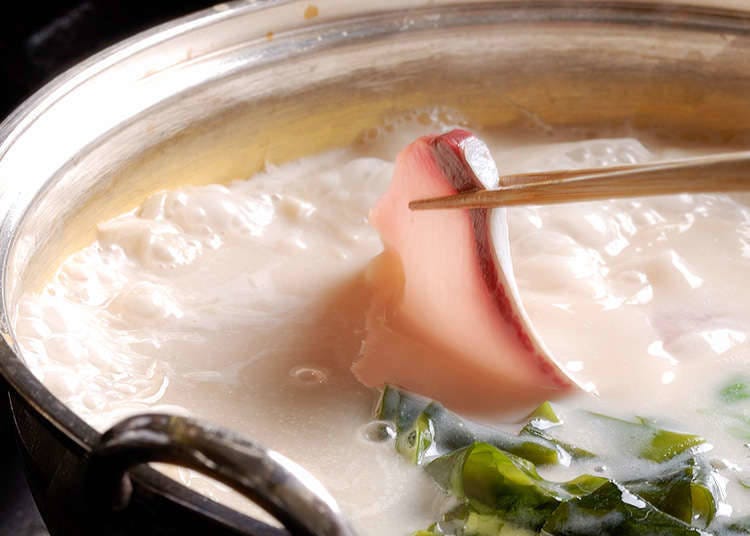 Sometimes, yellowtail and crab are used for shabu-shabu. Seafood leaves a great flavor in the soup, and you can enjoy a completely different kind of shabu-shabu from the usual meat.

Look up establishments by Shabu-shabu
*This information is from the time of this article's publication.
*Prices and options mentioned are subject to change.
*Unless stated otherwise, all prices include tax.