HOME With Brush and Ink: The Beauty of Japanese Paintings 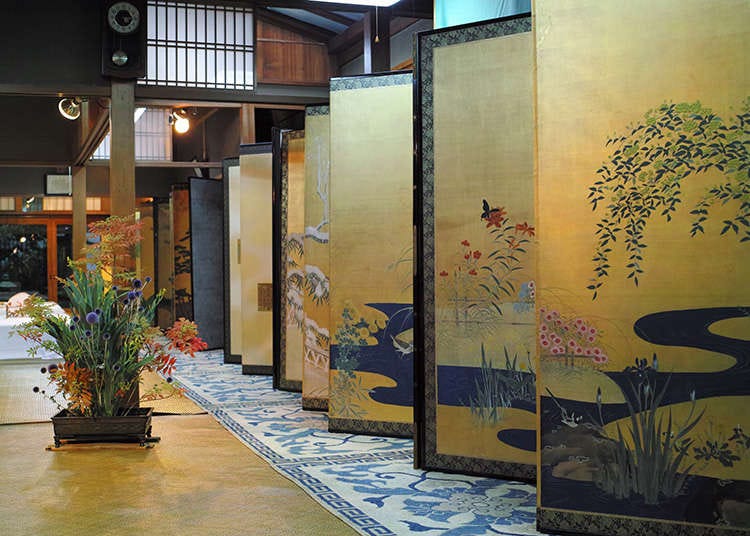 With Brush and Ink: The Beauty of Japanese Paintings

Under the influence of Chinese and Western cultures, Japanese paintings have established their own particular painting style throughout the ages. This unique style stays true to its own aesthetic while also being adaptive, reflecting the values of the era.

The History of Japanese Paintings 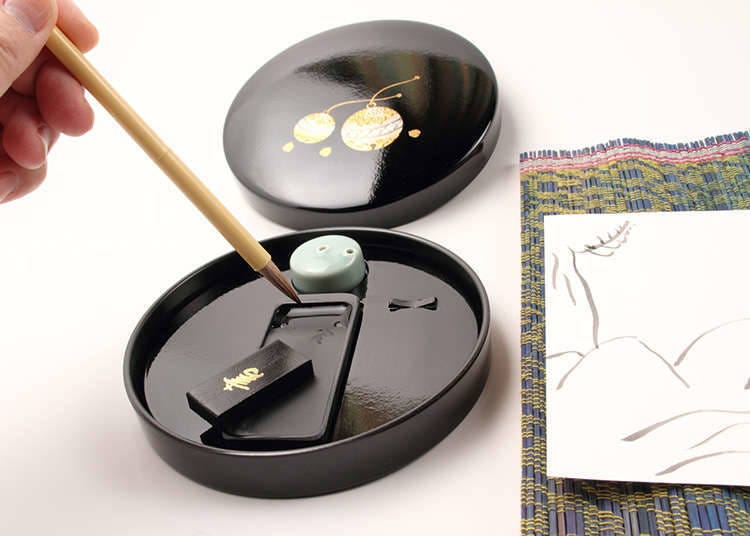 Apart from painting techniques themselves, Chinese characters and Buddhism was introduced to Japan from China, due to interaction between the two countries since ancient times. The concept of the Japanese painting, as it is known today, was established in the 19th century to distinguish itself from Western paintings, when new techniques from Europe were brought to the island nation.

The Distinct Features of Japanese Paintings 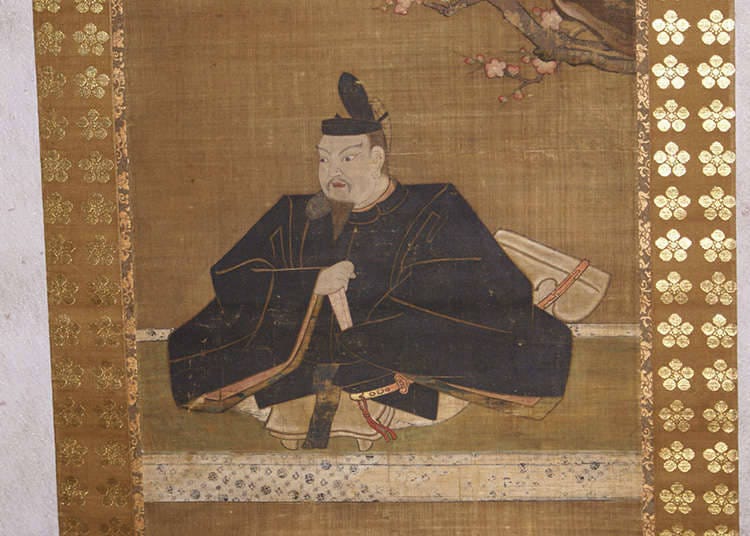 Compared to European paintings which have depth and a stereoscopic effect, Japanese paintings feature a lack of shading, are centered on flatness, and are painted with distinctive outlines. The painting materials are pigments mixed with glues, and the paintings are usually drawn on silk, hemp paper, or Japanese paper called washi. They are often decorated with things other than paint and ink, such as gold leaf.

Yamato-e describes pictures that are painted originally with a Japanese theme in mind as opposed to a Chinese influence - Yamato-e literally means "Japanese picture". Typically, these paintings come in the form of scrolls that tell a certain story. Eventually Yamato-e shifted from being a theme, to being a style that wasn't only popular among nobles but also among the common Japanese people. 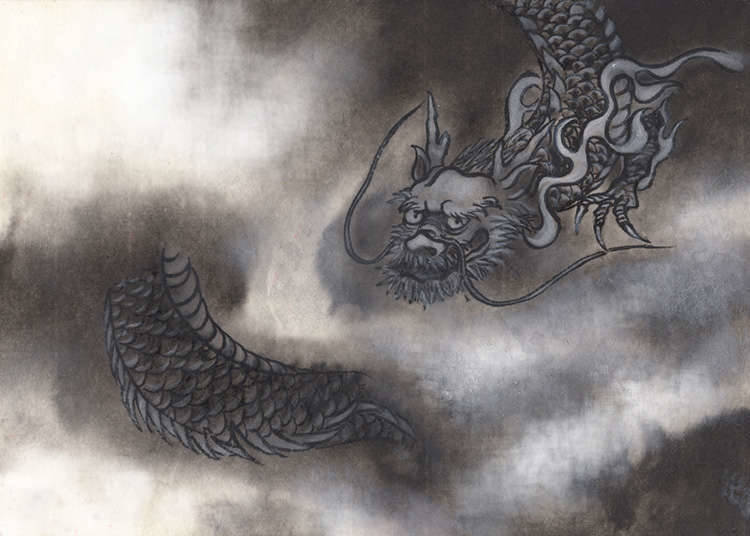 Suiboku-ga is a type of painting featuring landscapes and figures drawn with shades in ink. This technique has its origins in China and traveled to Japan around the end of the 13th century, where Suiboku-ga became immensely popular. It is strongly associated with Buddhism and many of the paintings were drawn by monks reflecting the teachings of Buddhism.

Ukiyo-e: Pictures of the Floating World 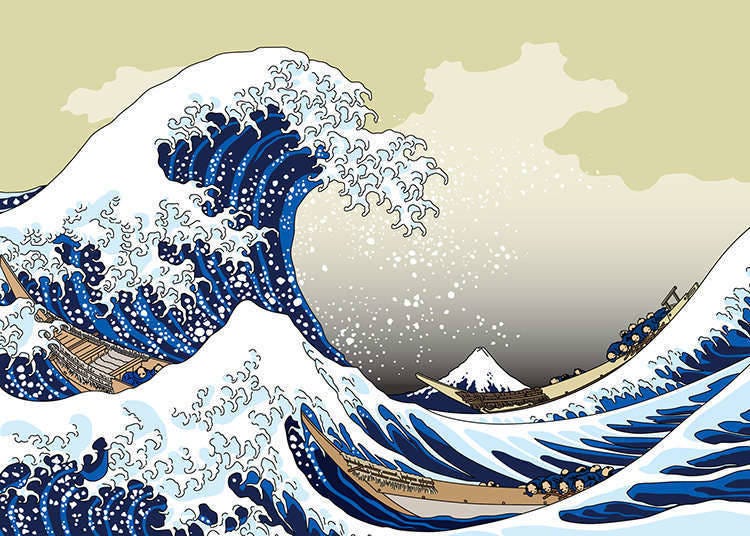 Many ukiyo-e paintings portray the lifestyle of the common people at the time. There are two types of paintings that fall under this term: ukiyo-e woodblock prints which copy the paints on the board to paper, and nikuhitsu ukiyo-e (hand-drawn ukiyo-e) which are drawn directly on cloth or paper. In the Edo period, paintings such as yakusha-e (actor prints) which portrayed the actors of kabuki up close, and bijin-ga (depictions of beautiful people), showing the classic beauty of Japanese women, also thrived. Ukiyo-e was a popular culture of its time.

The Way of Modern Paintings 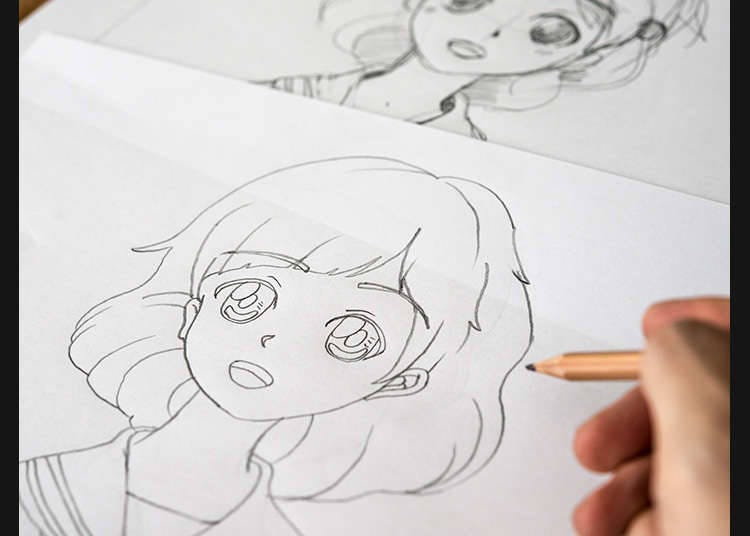 Even while using traditional painting materials and techniques, modern Japanese paintings are going through a transformation. Examples of this transformation include using social issues as the piece's main subject, or attempting to fuse different cultures in one work. Even in contemporary art, however, a touch of the old days can always be found.