HOME Tokyo and Surroundings Tokyo Tokyo Station Tokyo to Narita Airport in 14 Min Possible?! Air-Taxis Might Be the Next Big Thing in Japan! 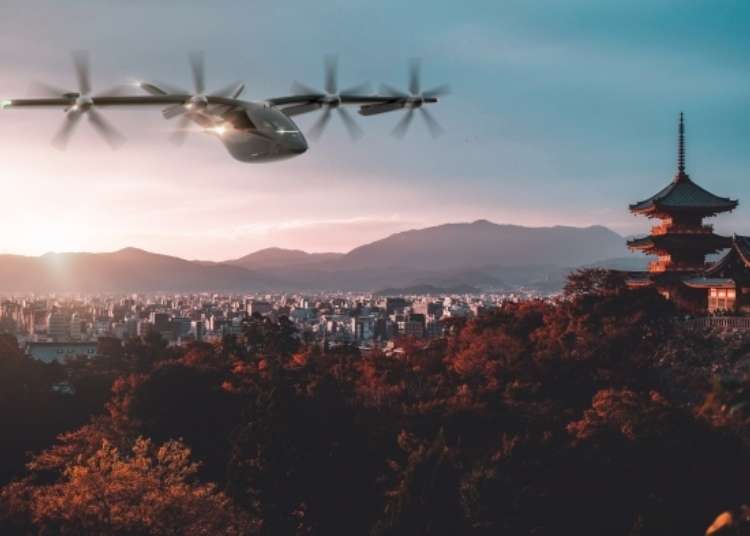 Tokyo to Narita Airport in 14 Min Possible?! Air-Taxis Might Be the Next Big Thing in Japan!

Plans are underway to kickstart a Japanese travel revolution with the implementation of groundbreaking “air-taxis” into the skies of Tokyo and beyond. British aerospace manufacturer Vertical Aerospace has joined forces with Japan’s Marubeni Corporation, one of the largest trading companies in the country, to usher in the next era of travel in Japan.

Vertical Aerospace’s VA-X4 eVTOL (electric vertical take-off and landing) aircraft is electric-powered, zero-carbon, and promises to reach speeds of up to 325 km/h (202 mph) with a range of 161 km (100 miles). This could, for example, make possible flights between Narita Airport and Tokyo Station in only 14 minutes of flight time. While this isn't yet an official flight route, it would save time over the existing ways to get to Narita Airport by bus and train.

Marubeni will use their business know-how to evaluate the feasibility of introducing the VA-X4 to Japan, seeking to bring us a step closer to sci-fi-esque air travel that will ease the burden on local transport systems.

Outlined in its “Roadmap for the Sky Mobility Revolution,” the Japanese government is also working to allow eVTOL aircraft like the VA-X4 to transport people and cargo from as early as 2024. 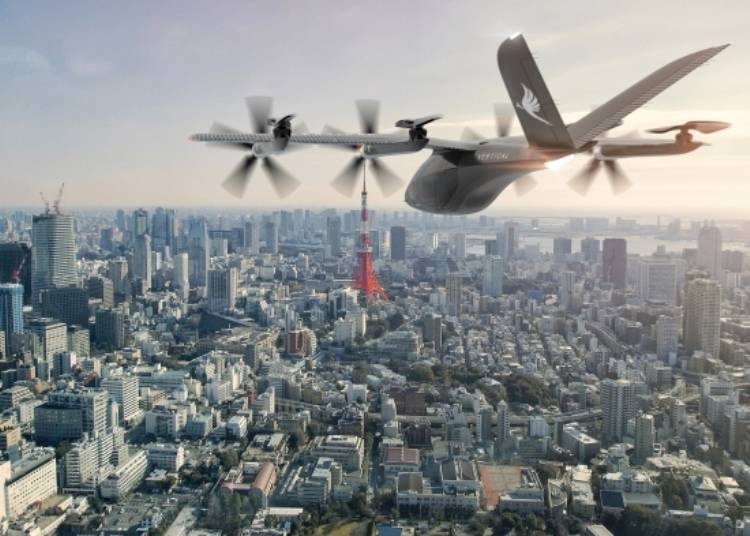 Despite the top-notch train system, travelers and residents alike dread braving the infamous “rush hours” of cities like Tokyo and Osaka. Indeed, getting caught up in one of these hectic stampedes can ruin travel plans and cause some pretty severe headaches!

If successfully implemented, the VA-X4 air-taxi would be able to safely and efficiently transport sightseers from central Tokyo and elsewhere to popular destinations like Hakone, Mt. Fuji, Kamakura, Nikko, and more in peak comfort while avoiding traffic. Plus, while no definitive plans have been laid out, these vehicles could also allow adventurous travelers to be transported deep into more rural, lesser-explored areas of Japan without the need to rent a car.

Despite the impact of COVID-19, the Japan National Tourism Organization is still aiming for its original goal of 60 million annual visitors by 2030. Considering the number of visitors to Japan has tripled since 2013, this ambitious target seems entirely achievable.

However, with such a dramatic increase in tourists, Japan’s current transport systems would be placed under immense pressure. With air-taxi transport allowing travelers to get around via short-distance flights, this future burden can be avoided while extra space is freed up to give the streets back to pedestrians and cyclists.

Being zero-carbon, the VA-X4 will also help improve Japan’s metropolises’ air quality and allow a guilt-free, environmentally friendly way of getting around. As conventional aircraft are one of the world’s biggest polluters, this project is a step in the right direction towards sustainability without sacrificing our travel addictions!

With this new partnership between Vertical Aerospace and Marubeni, a Mt. Fuji skyline dotted with air-taxis is no fantasy! And with the global pandemic seemingly in its final act and international travel set to resume, this exciting news couldn’t have come at a better time. Who knows, the next time you visit Japan, you could be traveling by air-taxi!