HOME Tokyo and Surroundings Tokyo Tokyo Station Does US$50 canned wagyu beef make for a great beef bowl? We find out! (Taste test) 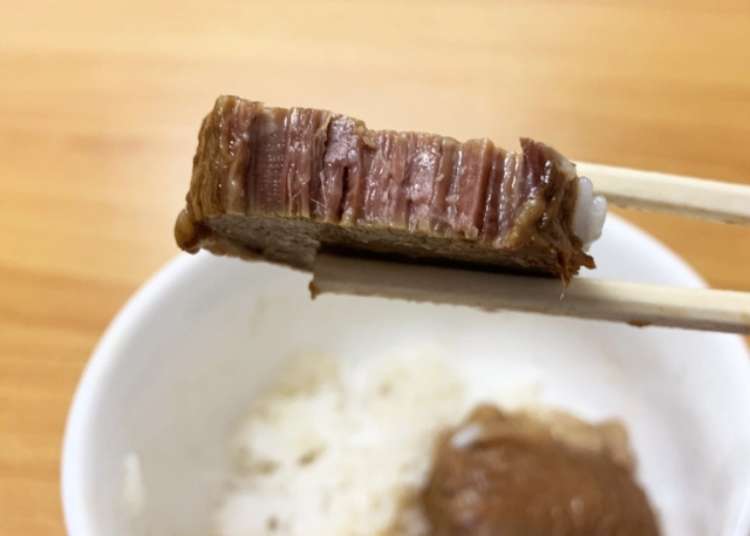 Does US$50 canned wagyu beef make for a great beef bowl? We find out! (Taste test)

Just because it’s canned doesn’t mean this beef is cheap.
“Man, I could really go for a beef bowl.”

Those were the words that interrupted the clacking of keys in SoraNews24 on a recent afternoon. The hungry individual making the announcement? Our Japanese-language reporter Seiji Nakazawa.

However, when Seiji said he could “go for” a beef bowl, he meant that in the figurative sense. He wanted to eat one, but he didn’t want to literally go pick one up. Luckily for Seiji, though, there was a way for him so satisfy his cravings without hitting the street. 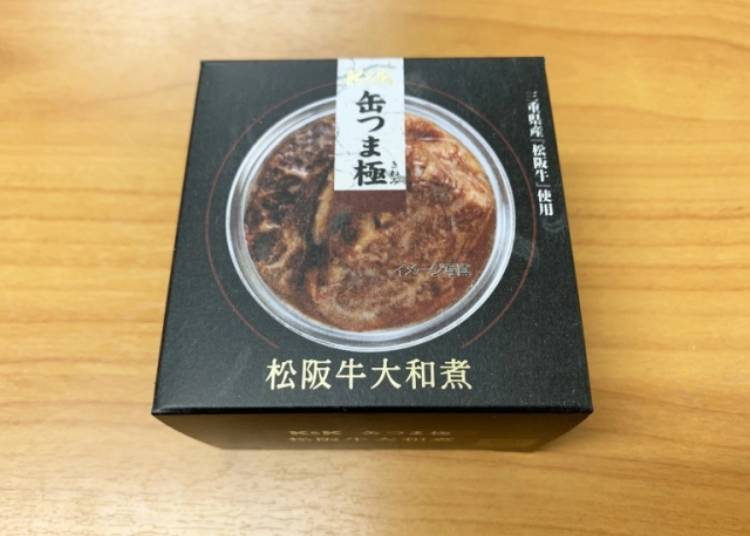 Conveniently sitting in our office was a tin of beef from Japan’s K&K Canned Foods. Now, you might be thinking beef in a can is intended strictly for campers and disaster victims, but this beef is special. This beef is Matsuzaka beef, a full member of the holy triumvirate of top-tier wagyu/Japanese beef (the other being Kobe and Yonezawa beef).

Matsuzaka beef is raised in Mie Prefecture, and is generally the sort of thing you’ll need to make a trip to a fancy sukiyaki, steak, or shabu shabu restaurant to enjoy. But here it was, in a can, just waiting for Seiji to crack it open for an ultra-luxurious in-office lunch. We’re not kidding about the luxury, either, since this single can of Matsuzaka beef costs a whopping 5,400 yen (US$50). 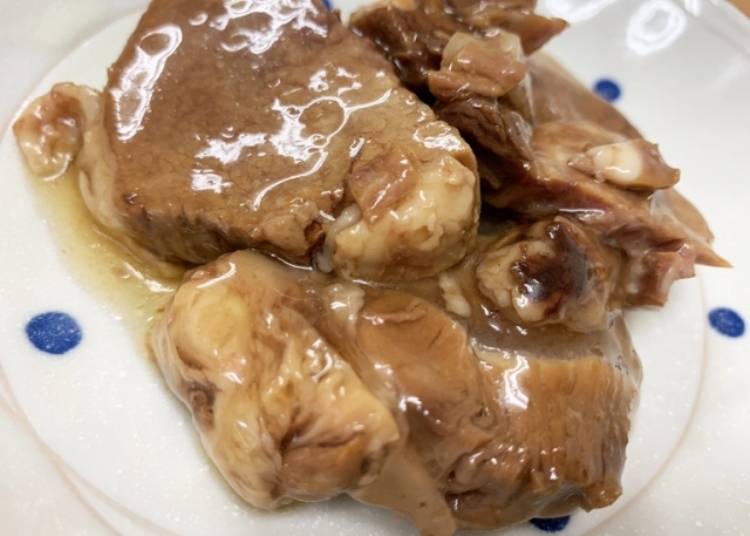 Officially, K&K calls the product Matsuzakagyu Yamatoni (“Stewed Japanese-style Matsuzaka beef”), and it makes good on the company’s promise of thick-cut beef. Seiji had braced himself against the possibility of finding only thin strips of meat inside, but the glistening morsels of glazed beef are tantalizingly substantial. 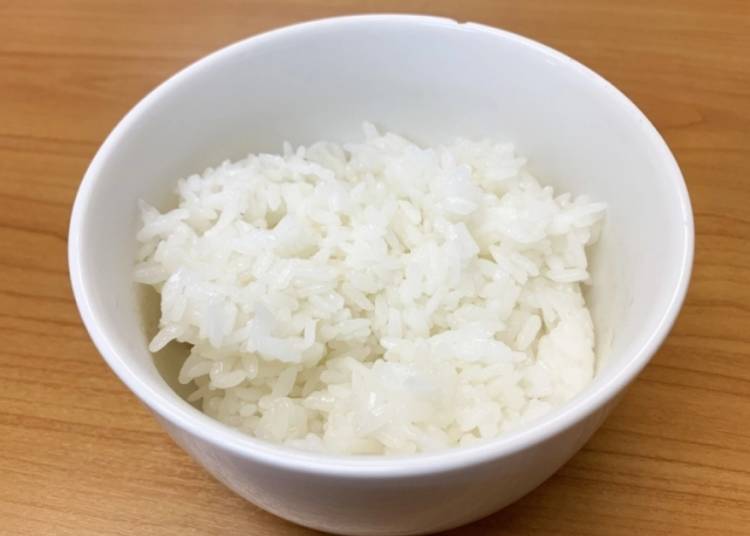 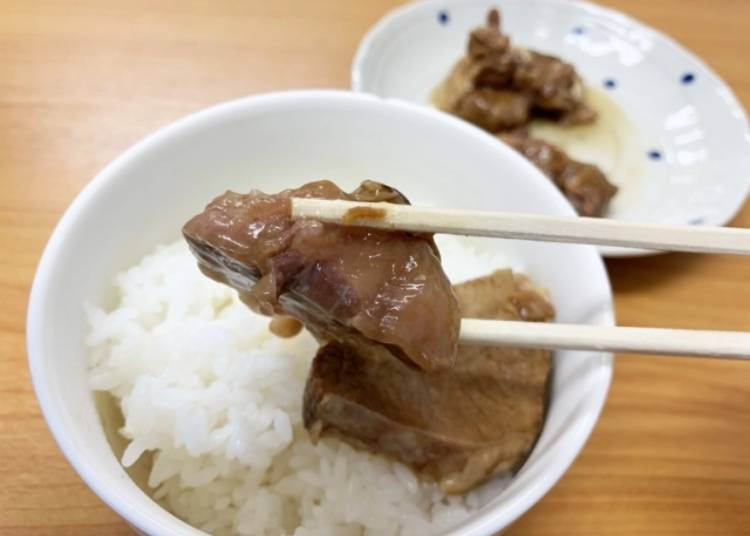 Seiji arranged the meat on a bowl of white rice, but he wasn’t about to dump out the soy/sugar marinade, so he poured it across the bowl too before popping his food into the microwave to warm it up. 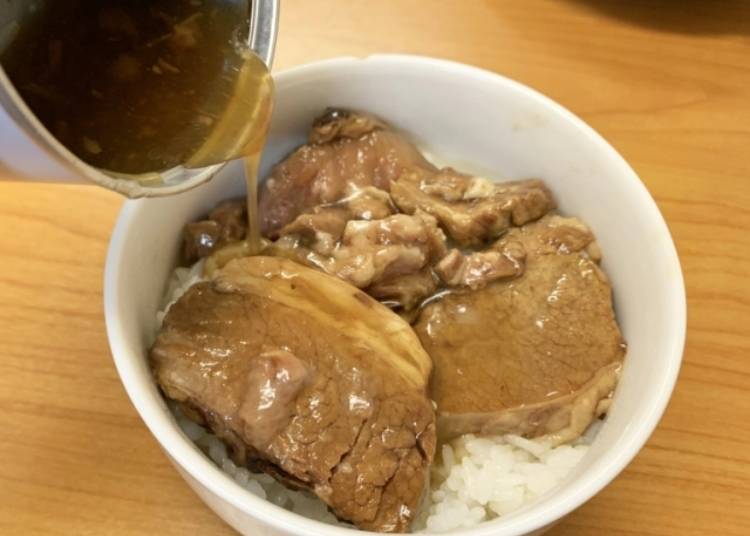 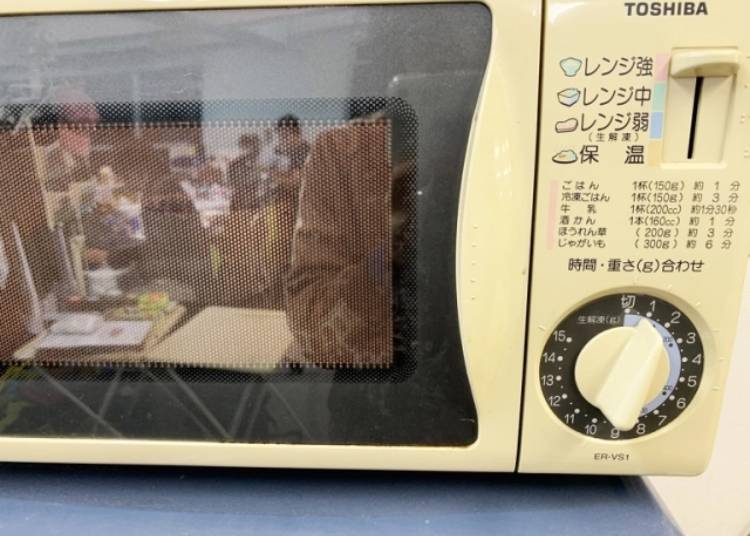 When the timer went off, Seiji opened the door and as greeted by an inviting aroma, and things only got better as he took his first bite. 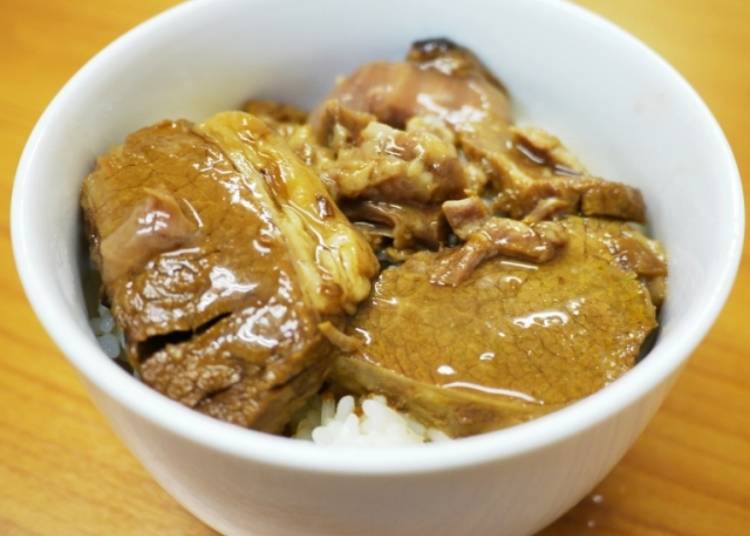 “This is amazing,” he said. Matsuzaka beef is known for its decadent marbling, and each morsel was incredibly tender. Rather than melting in his mouth, it seemed to dance gracefully his tongue, twirling away into a daintier and daintier form as he chewed. The glaze perfectly complemented the juicy, beefy flavor, and all of the drippings made even the rice intensely satisfying to the taste buds. 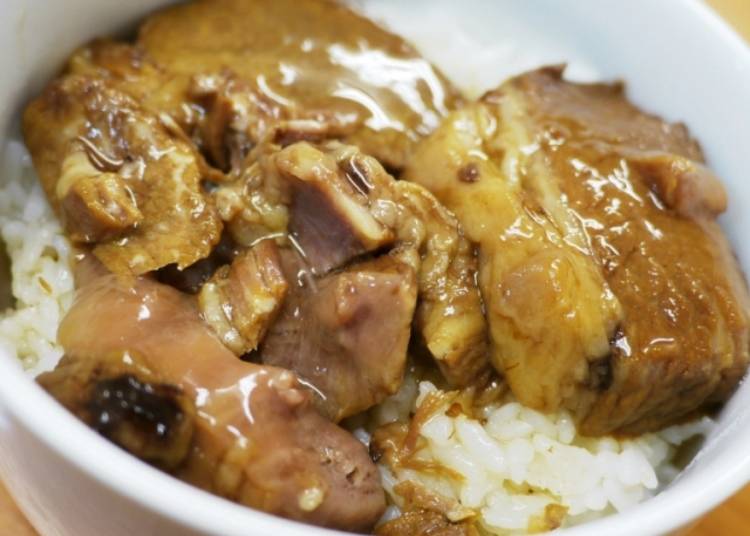 If you’re looking to follow in Seiji’s footsteps, K&K’s Matsuzakagyu Yamatoni can be ordered online here. Really, the only downside is the cost (it’s about six times the price of Yoshinoya’s canned beef), though if you’re of the mindset that time is money, it’s actually incredibly cheap, since it tastes so good that you’re likely to wolf the entire thing down with blazing speed, like Seiji did.

Yoshinoya has an ultra-luxurious wagyu beef bowl you can only get one place in Japan【Taste test】
In the mood for meat? Try Lotteria’s $20 Matsuzaka beef burger… for three days only!
How to make a mouth-watering Japanese beef bowl in just five minutes 【RocketKitchen】
Yoshinoya, Japan’s biggest beef bowl chain, is now serving fried chicken in Tokyo
Crazy-huge triple-decker wagyu hamburger steak will draw you to Akihabara even if you hate anime
Japan Puts What in a Can!? 5 Delicious and Intriguing Canned Foods!
Japan’s Unique Canned Coffee – International Testers Choose Suntory’s Finest!
*This information is from the time of this article's publication.
*Prices and options mentioned are subject to change.
*Unless stated otherwise, all prices include tax.