HOME Tokyo and Surroundings Tokyo Tokyo Station How is This a Toilet!? 5 Surprising Things at Japanese Department Stores 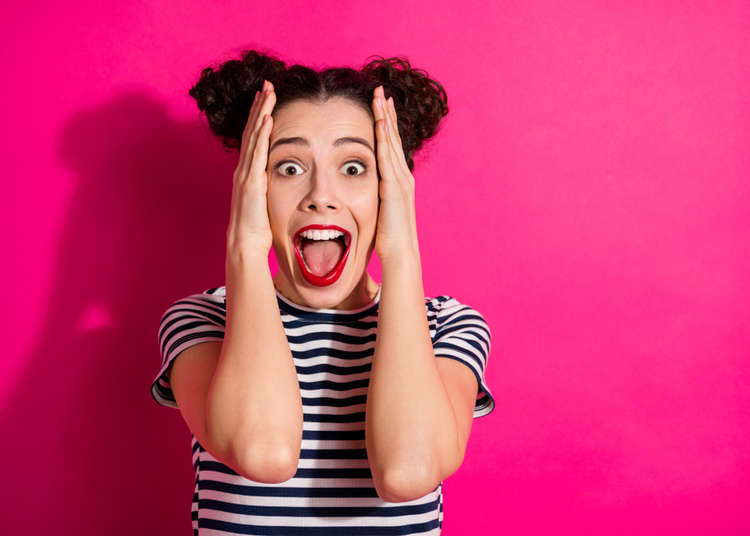 How is This a Toilet!? 5 Surprising Things at Japanese Department Stores

With trendy fashion shops, seasonal gourmet meals found in the basement floor food court, and restaurants serving international cuisine from all kinds of countries, Japanese department stores are places that will always keep you coming back for more. Though department stores can be found all over the world, what exactly is it about the ones in Japan that make them so different?

We interviewed several foreigners residing in Japan about their opinions on Japanese department stores, and found that many of them were quite shocked to say the least! What kind of surprises have you found within this department store culture that is unique to Japan? They give us their answers. (The following commentaries are the personal opinions of the respondents).

1. So Much Hype About the Restaurant Floor! 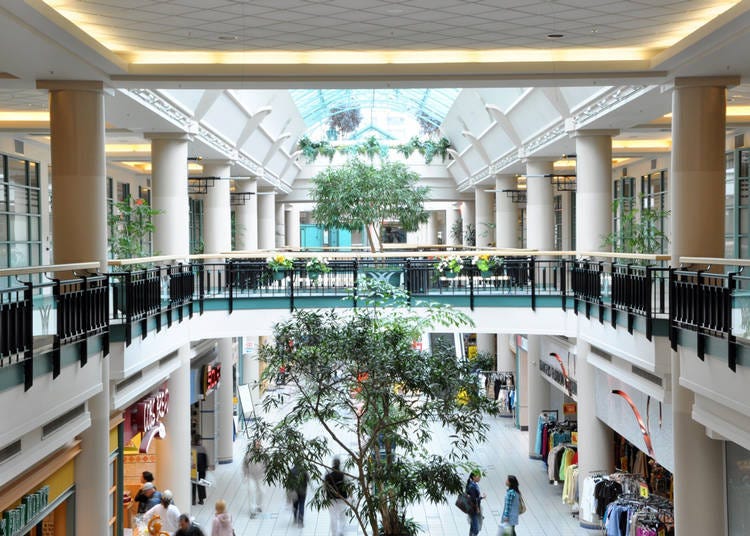 First of all, it seems there was much to say about the Restaurant Floor.

"We have department stores in America, but as far as restaurants go, they usually have cafes. So I was shocked to see so many restaurants all in one place on the restaurant floor! I always have trouble deciding which one to go to!" (America/Age 30s/ Male)

"I'm vegan, so I often have trouble finding a restaurant I can eat at in Japan. But with so many restaurant options in the department store, there's always a place where I can find vegan options." (Canada/Age 20s/Female)

"Department store restaurants can be a bit pricey, but their all-you-can-eat options are much cheaper than those at the hotels. They're way more economical." (Taiwan/Age 30s/Male)

You can find not just Japanese dishes such as sushi, ramen, tempura, traditional kaiseki dishes, and tonkatsu, but you will also find Italian, French, Chinese, and other Asian-style dishes. When you think about it, there aren't that many places that have so much variety in one single location, so it is only natural to be surprised.

2. Pet Shops and Beer Gardens: The Mysterious World on the Rooftop Floor 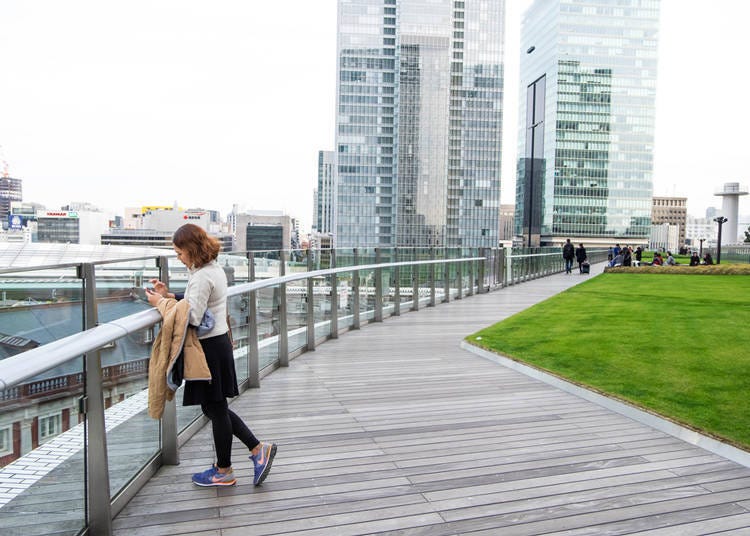 The rooftop floor is right near the restaurant floor. In fact, many tourists seemed surprised by the existence of a rooftop floor at all.

"Chinese department stores do not have a rooftop floor. For safety reasons, rooftop entry is forbidden. So I was really surprised that you could go up to the rooftop at all in Japan." (China/Age 20s/Female)

"There was a pet shop on the rooftop. I was so surprised! Why was it on the roof!?" (Italy/Teens/Male)

It seems the usage of the rooftop as a normal part of department stores in Japan is pretty surprising for a lot of people. They have been used for recreational parks, little amusement parks for kids, and even show venues. But...why was there a pet shop on the roof? 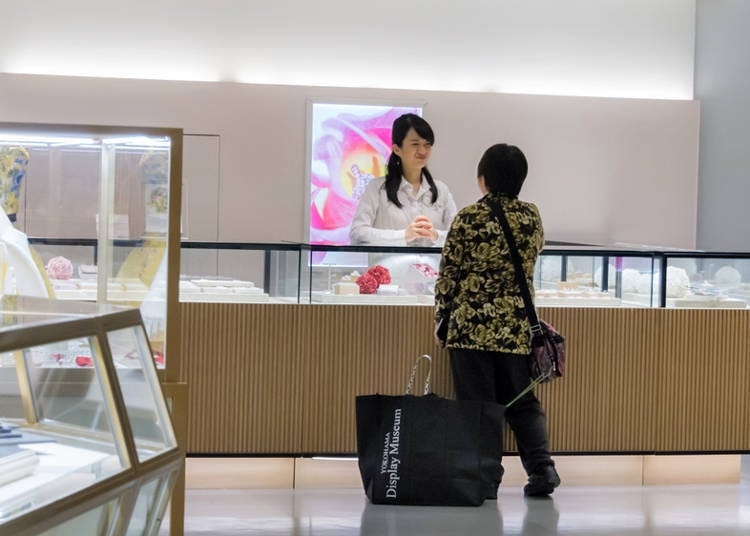 It seems that it was not just the types of floors but also the people working them that caught our visitors' attention.

"They always stand politely when waiting. In my country, you tend to see store clerks resting their elbows on the display shelves or sitting around on their free time. It was a bit of a culture shock." (Vietnam/Age 20s/Female)

"In Hong Kong, store clerks are a bit too persistent. Japanese department store clerks will give you space so you can shop with more ease." (Hong Kong/Age 20s/Female)

"When going to the staff-only areas, they face the customers and bow before going through the door. It really shows you the high level of Japanese professionalism." (Thailand/Age 20s/Male)

While some respondents did feel as if Japan's level of customer service was a little excessive, it seems that most of our respondents from other Asian countries had a rather high opinion of the staff!

4. Spacious Stalls! Clean Toilets! Is This Really a Public Bathroom?! 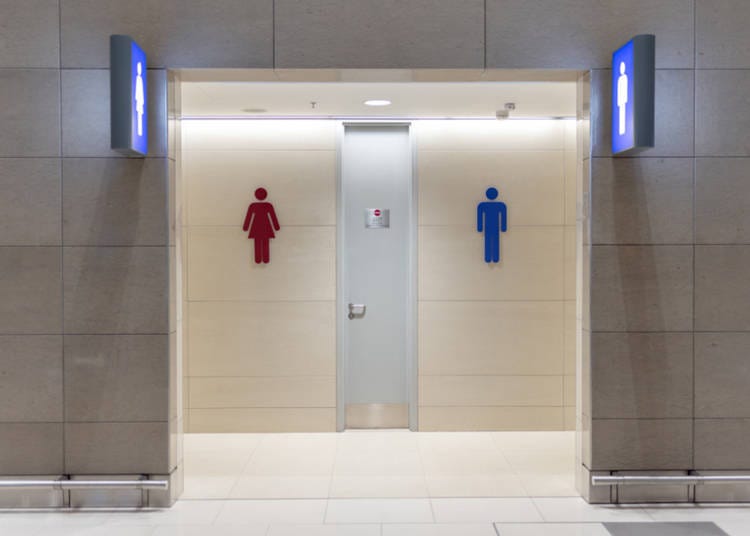 While Japanese toilets boast internationally recognized quality, it seems those found in department stores were the most highly acclaimed!

"You would generally not expect department store bathrooms to be so clean, being public spaces that anyone can walk into. But in Japan's department stores, even the toilets were clean! They're very comfortable to use." (Germany/Age 30s/Male)

"There was a spacious area for touching up your make-up that had a huge mirror! There were dressers and chairs, too. I couldn't believe I was still in a department store!" (Italy/Age 30s/Female)

As our respondent from Germany stated, Japanese department stores are indeed open to anyone. But it is the pride of Japan that in spite of this, they are still kept so clean.

5. Gift-Wrapping: Overkill or Not? 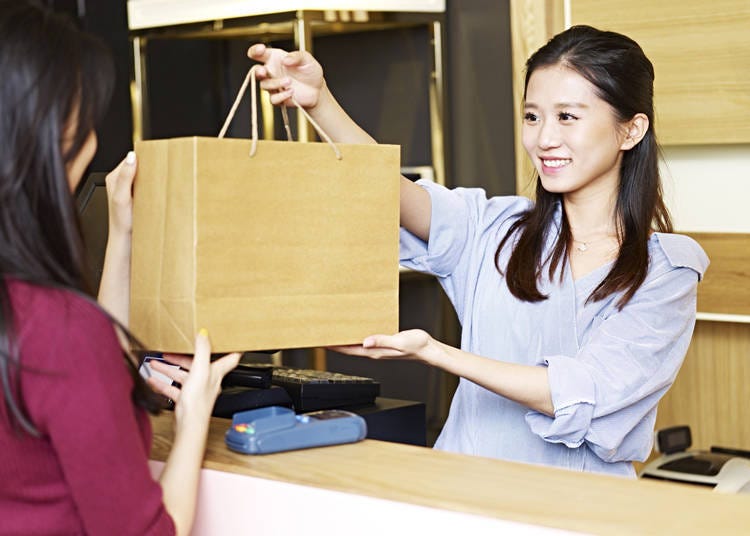 Finally, they told us their thoughts on gift-wrapping.

"I had my items gift-wrapped at a department store in Japan. I was so impressed by the staff's technical wrapping skills and speed." (America/Age 30s/Male)

"The gift-wrapping is a nice touch, but I think it's a little too much. They use twice as much plastic, and a lot of small bags. It's not very environmentally friendly. I was surprised at how many plastic bags are used!" (France/Age 30s/Male)

"I was surprised when I went shopping in the basement floor of a department store. I bought a single dish, which they wrapped up with a bunch of bags. It was just a little too much..." (UK/Age 20s/Female)

With environmental issues being such a hot topic, we can see why some respondents may have a negative opinion on excessive packaging in Japan. While one can certainly appreciate the wrapping skills of the staff, it is also important to consider the effects of over-packaging and think about how it can be better done.

In conclusion, it seems that there were many surprises to be found for our foreign visitors, including not just the in main shopping area, but the restaurant floor, roof top, and toilets as well!

It can be said that every floor has been designed with careful consideration for its shoppers, making it easy to grab a meal after shopping or take a break in between. It is also nice to know that the hospitality and culture of Japanese department stores is appreciated by visitors from around the world.

Asking People From 5 Different Countries: The Biggest Culture Shocks of Japan!
Over-wrapped! How To Limit Plastic Waste While In Japan
*This information is from the time of this article's publication.
*Prices and options mentioned are subject to change.
*Unless stated otherwise, all prices include tax.