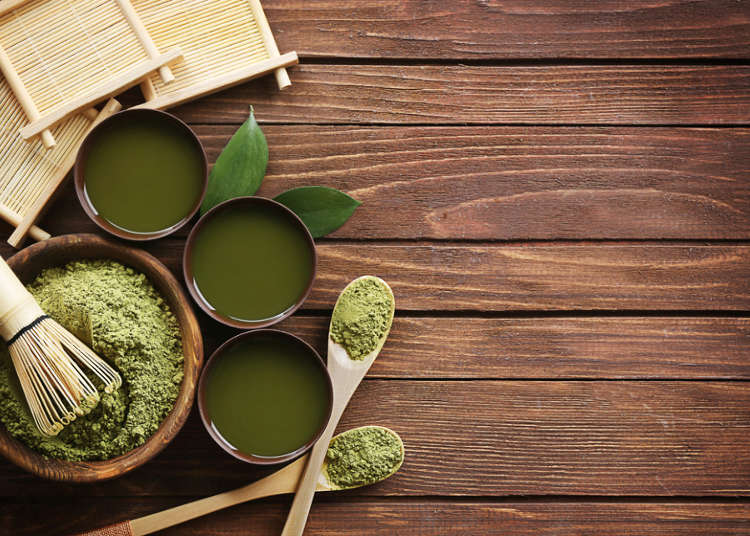 What is Matcha? Behind Japan's Traditional Tea

Matcha tea is typically categorized by region. While experts are able to distinguish among the many varieties, certain characteristics are shared by all teas that are called matcha. By definition, in order for a tea to be classified as authentic matcha, there are certain requirements that must be met.

Join along for an inside look into Japan's famous traditional tea!

What exactly is Matcha? A straightforward definition 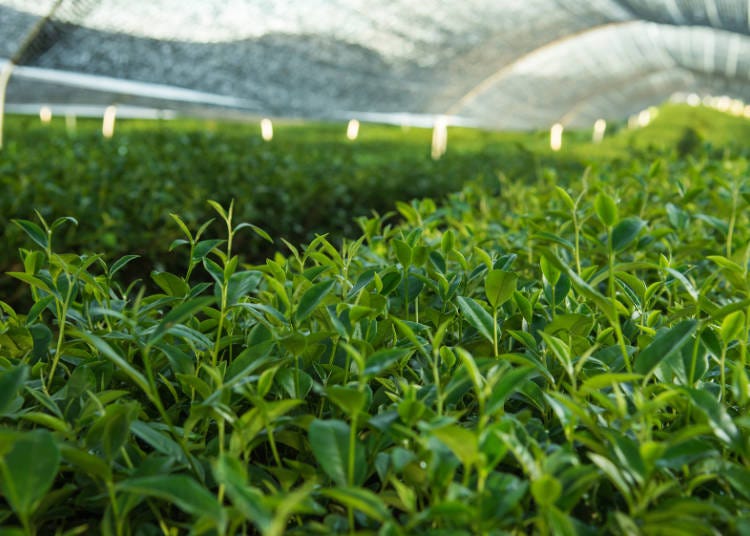 First, the tea must have been grown and processed entirely in Japan. Powdered tea in and of itself is not exclusive to Japan (remember that the practice of preparing tea using powder was imported from China). However, if it has been either grown or processed in another country, it cannot be considered authentic matcha. This is not to say that non-Japanese tea is without merit, but that it should be considered as something different altogether. Much in the same way that genuine Kobe beef is limited to a certain region, real matcha is strictly a "Made in Japan" affair.

Another requirement of any tea listed under the category of matcha is that it must be produced from tencha (碾茶) leaves, which fall under the umbrella of gyokuro (玉露), shade-grown green tea leaves prized for their high quality. Powdered teas that have not been made from ground tencha are known as konacha (粉茶). 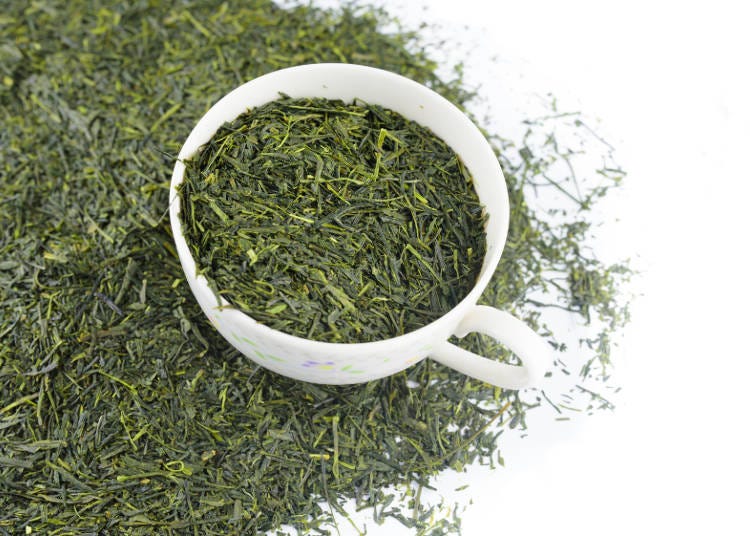 A lack of direct sunlight stimulates increased production of chlorophyll, the molecule responsible for the green pigment in plants. As such, in comparison to tea that has been grown under direct sunlight, namely sencha (煎茶), the shade-grown tencha teas are known to be much brighter in color. A vibrant green color is a hallmark of true matcha.

It's worth noting that the amount of sunlight a tea plant receives is inversely proportional to its caffeine content; this means that shade-grown teas such as gyokuro are higher in caffeine than those exposed directly to the sun.
Matcha can also be added to other types of green tea, such as sencha or genmaicha (a green tea blended with roasted brown rice). This is denoted by the phrase 'matcha iri' (抹茶入り), which means that matcha has been added. Matcha iri teas can be found in loose leaf or tea bag form. A leaf blend made with matcha makes for a bold, premium grade tea, while still being convenient and relatively inexpensive.

Where is Matcha Grown? Types of Matcha Tea By Region 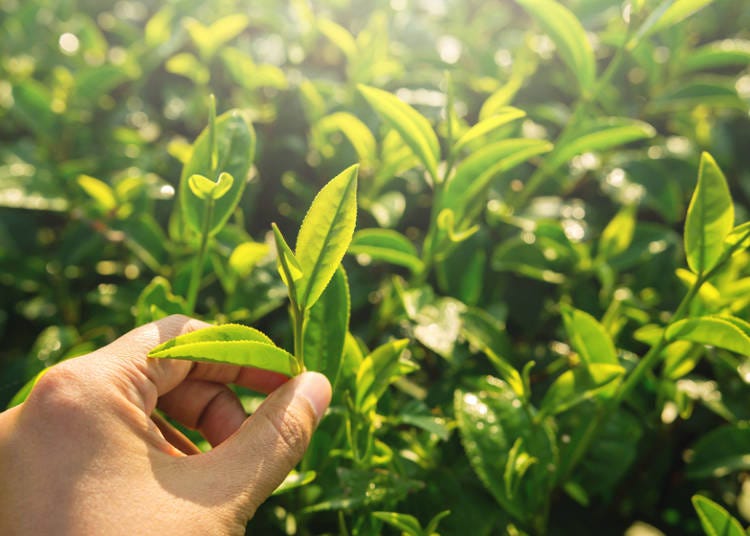 There are a few areas that are particularly renowned for producing the best matcha in Japan:

Nishio in Aichi Prefecture is also one of the leading sources of matcha, responsible for an estimated 60% of the matcha sold in Japan. However, only Uji and Shizuoka can claim the special honor of not only being two of the most notable producers of matcha, but being named among the Top 3 Big Teas in Japan (日本三大茶 nihon dai san cha).
Of all the matcha produced in Japan, Uji Matcha (宇治抹茶) is arguably considered to be the finest. The region's hilly terrain, high quality soil, mild temperatures, and prevalent mist all contribute to what many call the most excellent matcha in the world.

Koicha vs. Usucha: The Thick and Thin of Matcha Tea 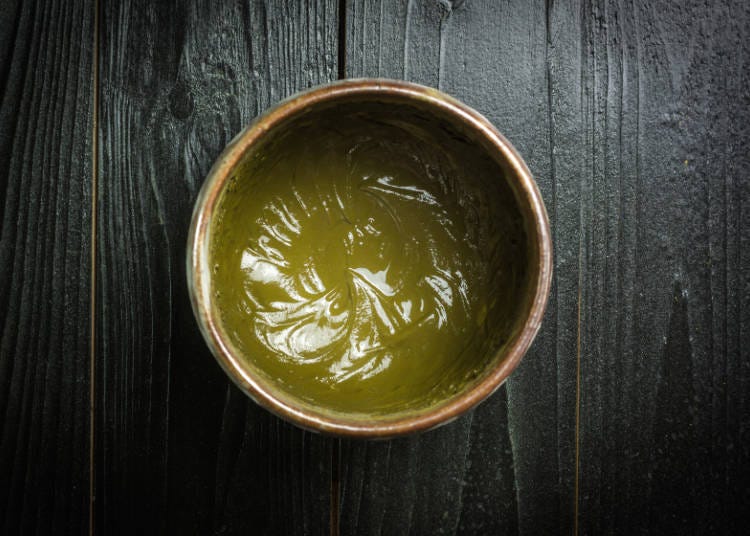 Another way of classifying matcha is by viscosity. Once fully prepared, the drink can be described as either koicha (濃茶), meaning 'thick tea,' or in the case of a weaker, 'thinner' tea, usucha (薄茶).

Koicha is almost exclusively made with higher grade matcha, the leaves of which have been harvested from plants no younger than 30 years of age. Another distinction is that it is prepared with a higher powder to liquid ratio than usucha. The flavor can be described as intense, rich, and mellow, and is noticeably thicker than other teas. This is a premium, ceremonial grade matcha, with a price tag to match.

Conversely, usucha is prepared with matcha made from leaves of younger trees, and a significantly smaller concentration of powder. The tea is relatively inexpensive, with a lighter, slightly bitter taste.

Chamei - The Poetry of Tea Names 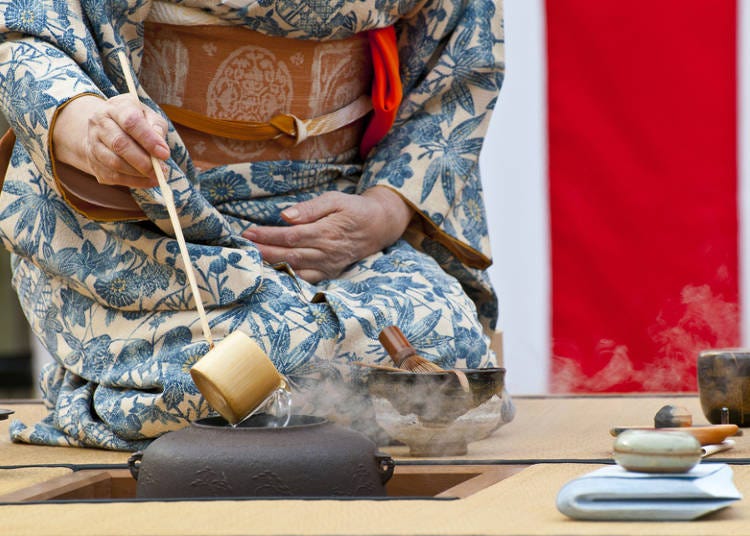 In the world of Japanese tea, the naming of a matcha is not taken lightly. Naming traditions involving 'chamei' have been part of tea traditions for centuries. To be clear, the word 'chamei' refers to two distinct names. (The two words have the same pronunciation in Japanese, but are actually written using different kanji.)

1. Blend - Chamei (茶銘): This refers to the name given to a blend of matcha. The tea naming tradition began in the mid-16th century, during Japan's Muromachi period in Uji, Kyoto. A matcha's chamei may be given by its plantation, shop, blend creator, or a tea ceremony grand master. A blend that is named by a grand master (iemoto) is known as their favored blend, or konomi.

2. Tea Ceremony Practitioner - Chamei (茶名): Chamei are also the names given to the tea ceremony practitioners themselves. After studying the art of tea in a school, truly advanced students may be given a 'tea name' by which they are known in the tea world. The names are often associated with elements related to nature, such as animals, plants, or the seasons, or they may be related to Buddhism, or sometimes personal characteristics. One common bond among all chamei bestowed upon practitioners is that they are quite poetic, fitting well with the idea of tea ceremony as a form of art.

Matcha: Understanding Japan’s Powdered Green Tea
*This information is from the time of this article's publication.
*Prices and options mentioned are subject to change.
*Unless stated otherwise, all prices include tax.