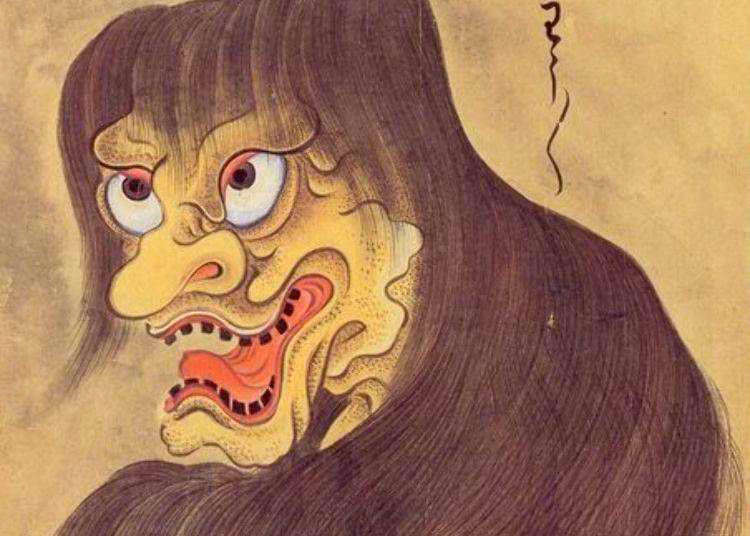 When delving into the realm of Japanese folklore and its many ghosts, spirits, and monsters, it can get terrifying really fast. Various tales of otherworldly beings preying upon the unsuspecting, possessing jealous and angry people, or simply spooking around a home to bring disease and misfortune can make one’s blood run cold. You might even wake up to your own futon trying to strangle you!

In the massive world of these beings that are called yōkai, though, not everything is out to eat you. Some spirits just want to be left alone and go about their ghastly day, and others even try to actively help and protect the humans they encounter. To help you navigate the otherworld a bit better, let us introduce you to a couple these friendly yōkai! 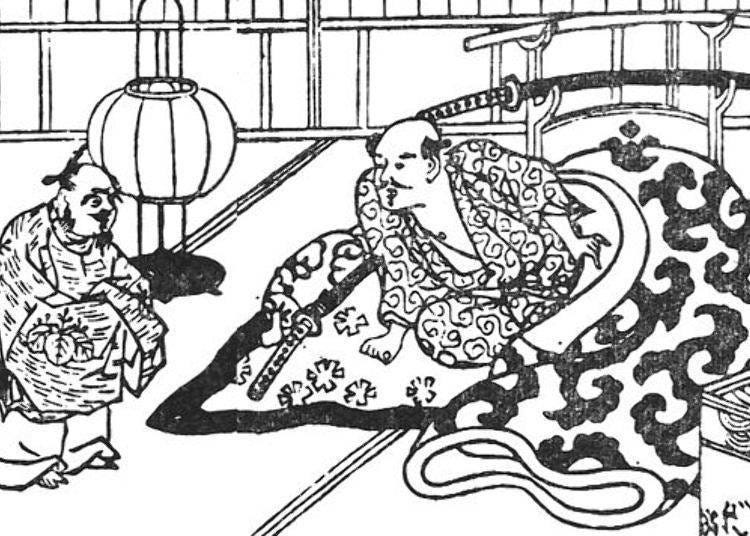 If you see a child in a kimono roaming your home or find tiny ashen footprints around your residence, consider yourself lucky: a zashiki warashi has moved in.

They are guardians of the house as well as bringers of good luck and fortune, which is why people sometimes actively try to attract these “guestroom children”.

This yōkai earns both its name and its appearance to its child-like nature: it loves playing harmless tricks, like sitting on a guest's pillow when they really shouldn't, or making music-like noises in rooms that no one uses. This sort of mischief is neither harmful nor particularly annoying, considering that this yōkai is nothing more than a child - one that wards off evil and protects the household from harm on top of it!

There is a downside to these hauntings as well, though: it is believed to bring great misfortune should a zashiki warashi leave one's home. To keep this from happening, the spirit must be treated kindly, given the appropriate amount of appreciation and attention, and it will be tremendously happy if the house owners leave a sweet treat for it once in awhile! 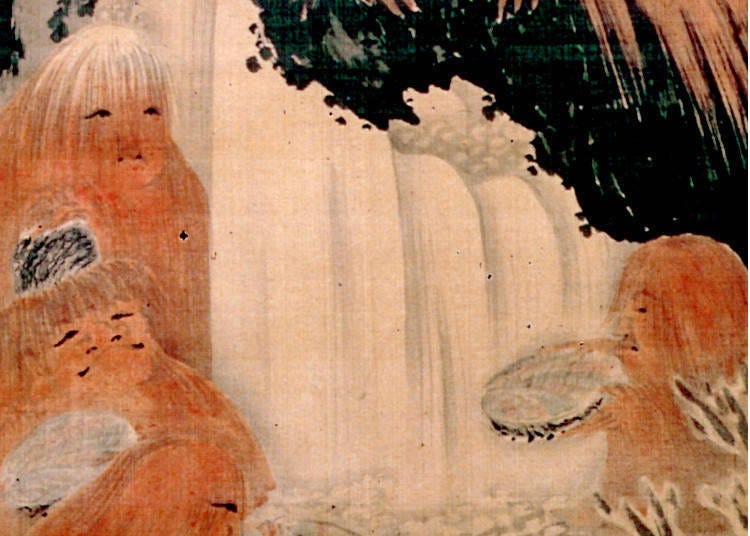 Should you ever walk along one of Japan's many coasts and beaches and spot a man-like figure sitting in the sand, the body covered in red, shaggy hair, don’t be afraid. That’s just a shōjō.

This yōkai appears somewhat like an orangutan but it is actually a very friendly and curious sea spirit. Its gentle nature isn't what makes this otherworldly being famous, though. That would be the shōjō’s fondness for alcoholic drinks - it sits around the sandy beach all day and enjoys drinking sake.

If you approach one, it will most likely invite you to sit down and enjoy a drink as well. In fact, the shōjō are excellent master brewers: they make a special kind of wine from sea bream, one that tastes unbelievably good to people with a pure heart while being unbearably bitter to mischief-makers. So, should you be of pure heart, feel free to hang out with the shōjō and get drunk on sea bream wine together! 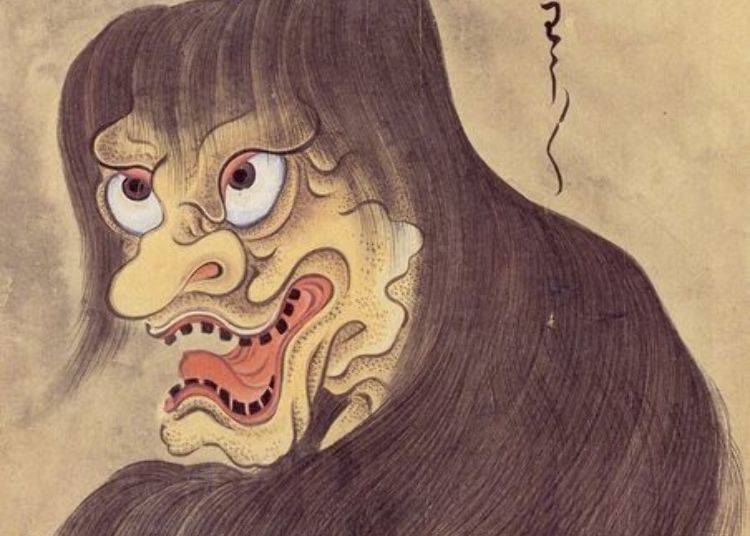 Belonging to the clan of the mountain hags and witches, ouni definitely are the helpful and friendly sort of witch - but only if you are friendly and helpful as well. When you happen staying in a secluded hut in the Japanese mountains and hear a sudden knock on the door late at night, it might just be the o’uni.

With her long thick hair falling down from her head to the ground, and her body is of the hairy kind as well, she might look frightful at first. There's no reason to be afraid, though. When she asks you to grant her free lodging at your place, make sure to invite her in and treat her nicely. If you show her kindness, she will sit down and spin a huge amount of thread for you before leaving without a trace. Enjoy your witch-crafted fabric! 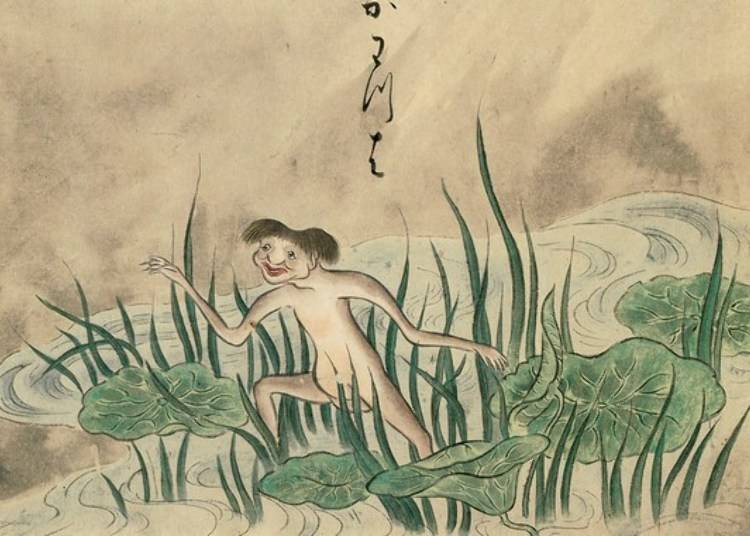 The Kappa is one of the most famous yōkai in Japanese culture, making many appearances in pop culture and even as mascots for sport teams or companies. Also being called river children, they are excellent swimmers and live in lakes or rivers. Once they are on dry land, however, they tend to be quite clumsy and even in danger, should the bald spot on their head ever dry out completely.

Kappa can be very aggressive and mischievous, not to mention their peculiar taste for human entrails. However, if a kappa is shown the appropriate respect, for example by being given offerings such as cucumbers, their second-favorite food right after yummy human, they do show their friendly nature.

Worshiped properly, kappa often help the human population with the irrigation of their crops, befriend lonely children, and can even be great companions, competing with people in various games. If you value your insides and don't mind a match of shogi (Japanese chess) against a kappa, be sure to leave some cucumbers close to the next river. 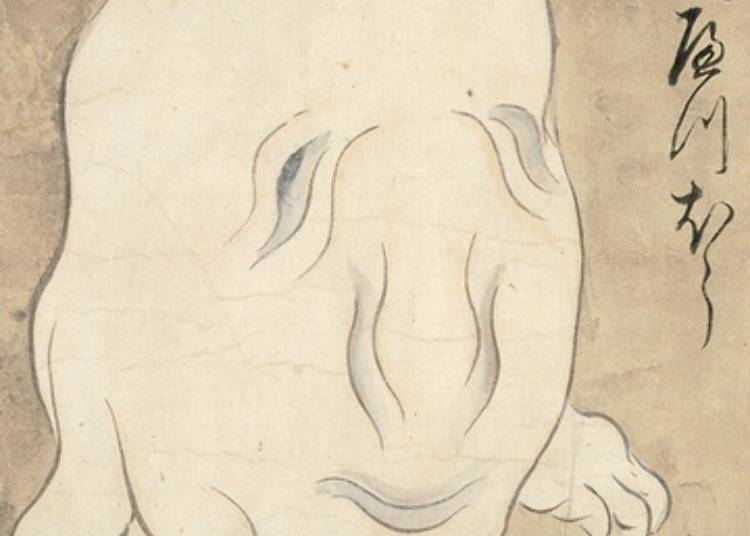 This extremely rare otherworldly manifestation looks like a deformed, rather creepy blob of flesh. Even worse than its unbecoming looks, however, is the foul stench that its body gives off. Smelling of rotten flesh to such an extent that a passerby gags before even spotting the nuppeppō, this yōkai can prove extremely hard to catch.

Why would anyone want to catch a blob of stink in the first place, you ask? According to scholars and pharmacists of the Edo period, consuming the flesh of a nuppeppō grants incredible power. When turned into medicine, the nuppeppō's meat is said to be able to cure any illness and as such, various feudal lords have tried their luck at catching one of these creatures.

None of them have succeeded but even if someone really managed to catch a nuppeppō without fainting from the terrible smell, the second challenge would probably be to actually eat the little soap-dodger's meat. 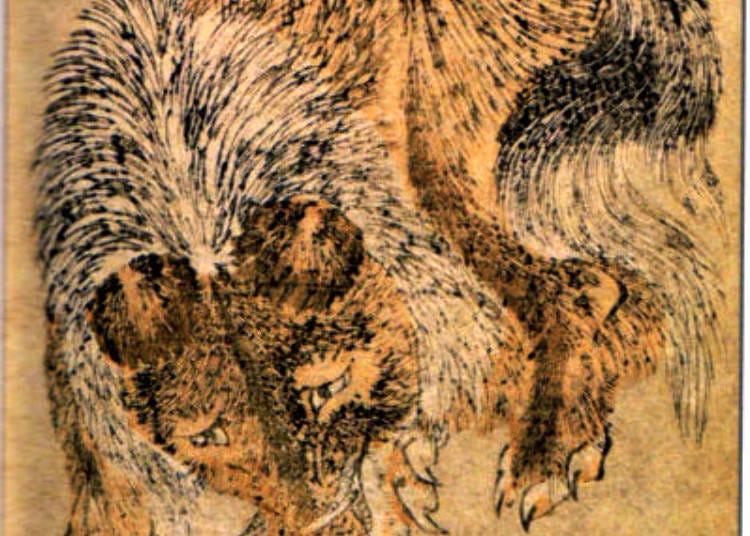 With its diet consisting solely of bad dreams, it is pretty obvious that the baku is an asset, even if it looks a bit weird. Its head is that of an elephant, its legs are borrowed from a tiger and its tail is of an ox. It prowls large and dense forests that it usually has to itself, as ill-meaning spirits stay clear of the baku.

Not only do these yōkai devour the bad dreams of the people living in their domain from their bad dreams, they also guard their territory and everyone in it fiercely. Because of that, the baku is considered to be a holy creature, a bringer of luck, health, and general good fortune. The image of a baku was often stitched into pillows and engraved on talismans in the past to ward off evil dreams and spirits. 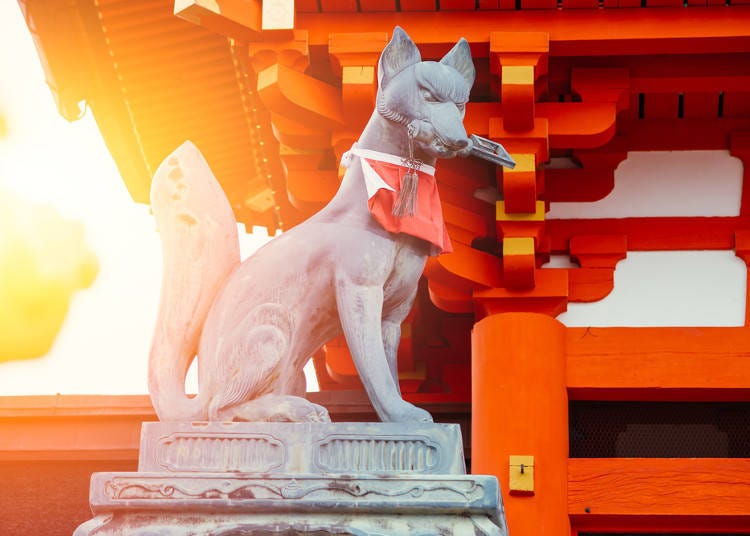 The statues that are found across Inari shrines all across Japan depict the myōbu, a fox spirit that is both the bringer of happiness and luck as well as the messenger of Inari, the deity of harvest. Their beautiful white fur hints at their celestial nature. People often offer fried tofu in front of a myōbu statue as a gesture of worship - fried tofu is the favorite dish of this fox spirit.

Their role as protectors and messengers is closely related to the komainu, another guardian yōkai in the image of a lion-like dog. Just like the myōbu, the komainu are the protectors of sacred sites and thus found at many shrines throughout the country. 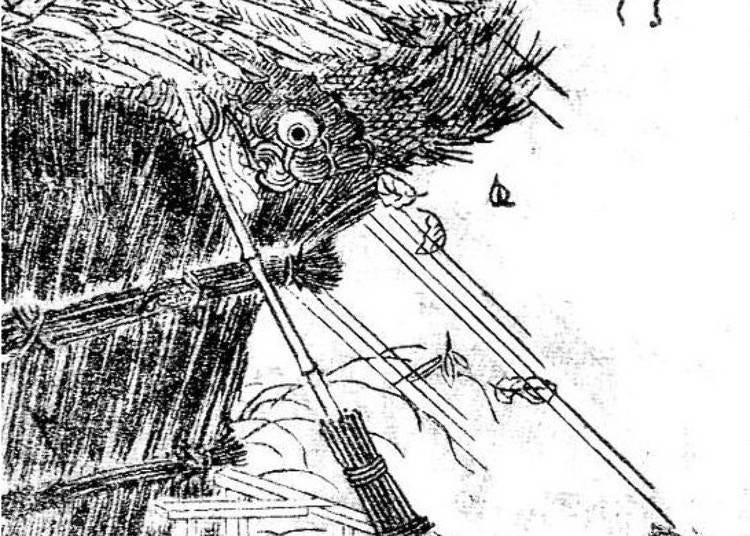 Yōkai often possess household objects or even structures, such as umbrellas, lamps, and tea kettles. Most of them are mischievous and dangerous, just like the futon spirit mentioned at the beginning. Some, however, act as charms.

One of those is the hahakigami, or literally: broom spirit. It can be seen dancing around the house on stormy evening, frantically sweeping at leaves that are being whirled around by the wind. This seems pointless, everyone knows that sweeping while a strong wind blows does not make any sense at all, but the hahakigami is doing this purely for its own entertainment.

Why is it good to keep it around? Brooms in Japan started out as a religious instruments and were swung in the air for ritual purification. As such, the hahakigami isn't a mere broom but cleans out everything that is unwanted.

With a hahakigami in the house, it is ensured that childbirth will be as quick and painless as possible, because the baby is "swept" out fast and clean. It also acts as a charm against guests overstaying their visit – the hahakigami will make sure that these troublesome guests leave at the appropriate time.