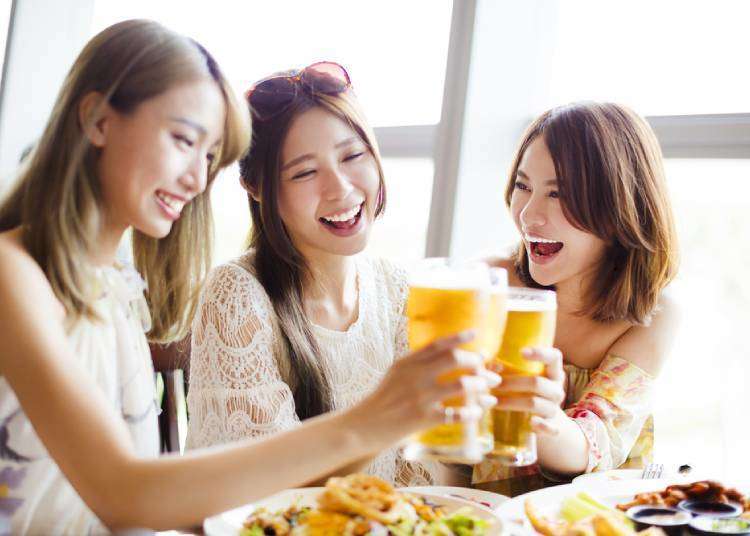 You haven't truly experienced Japan's food culture if you've never stepped inside an izakaya, a Japanese-style bar, before. These quaint drinking spots have attracted quite a large following of foreign fans in recent years, and many strive to visit one as part of their trip itinerary. What do our international friends think of this uniquely Japanese heritage?

We'll be finding some answers from among foreign students attending the Akamonkai Japanese Language School. What are some things in the izakaya that shook them for better or worse, and what did they wish they could take back to their home countries with them?

The convenient "call staff" button that summons instant attention is a huge surprise for many! 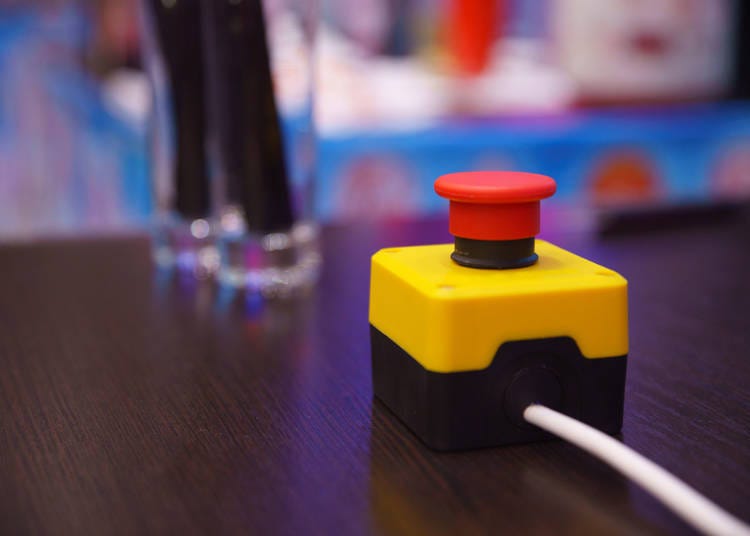 When we asked our interviewees what impressed them the most about Japan's izakaya, most of them mentioned the button that calls a staff to the table when pressed. But, why?

"I mean, it summons a staff whenever I need them. Such a simple concept, but so convenient! I want to see it get implemented in Great Britain too." (British man in his 20s)

"There's no such thing in France, and sometimes you can take forever to finally catch the attention of the wait staff there. Being able to summon them with the press of a button is an easy solution!" (French man in his 20s)

The call button is truly a gem to be cherished in noisy izakaya bars. Because each table is labeled with a number, the staff can easily find you no matter where you are. This system sees major use in izakaya with large premises and has recently been adopted by many other restaurants in Japan as well.

That said, it would seem like this button is not something commonly seen overseas, and many have mentioned trying to get the attention of the wait staff can be a harrowing experience at times. It's no wonder this small yet smart solution has impressed so many, and will impress many others still! 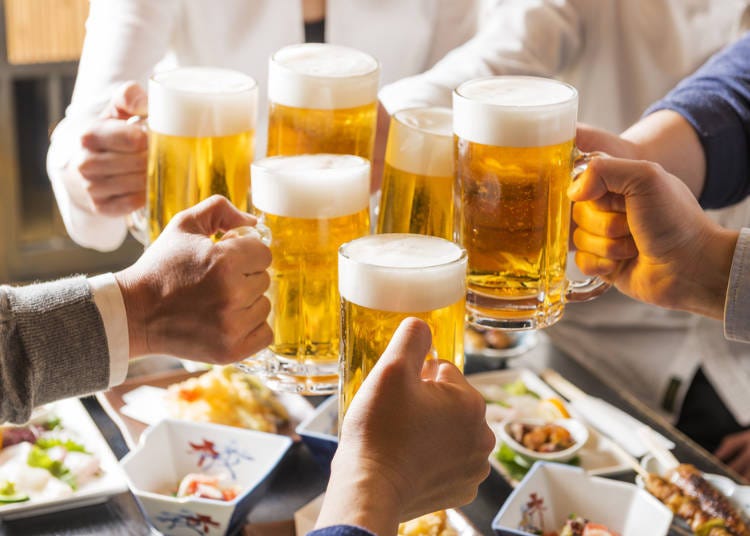 Happy Hour is an event offered by most izakaya in Japan, when drinks are sold at discounted prices for a certain time period during the day. What is the opinion of our international friends about the idea?

"I was surprised to see shops selling beer for just 100 yen during Happy Hour. Other alcoholic beverages become cheaper as well. This isn't something common in Taiwan, so I'm really envious!" (Taiwanese man in his 30s)

This sort of event is said to have originated in Western countries, but it doesn't quite have the same reach in Asian lands yet. Maybe that's why foreign visitors from Asia are often pleasantly surprised to learn about them for the first time during their Japan trips.

As a side note: Happy Hour discounts are usually only applicable for alcoholic beverages, but some izakaya give out discounts for food as well. This event is usually set during a time period where that particular restaurant sees the least traffic.

Although outlawed in some countries, "all-you-can-drink" for alcoholic beverages is still a popular option in Japan! 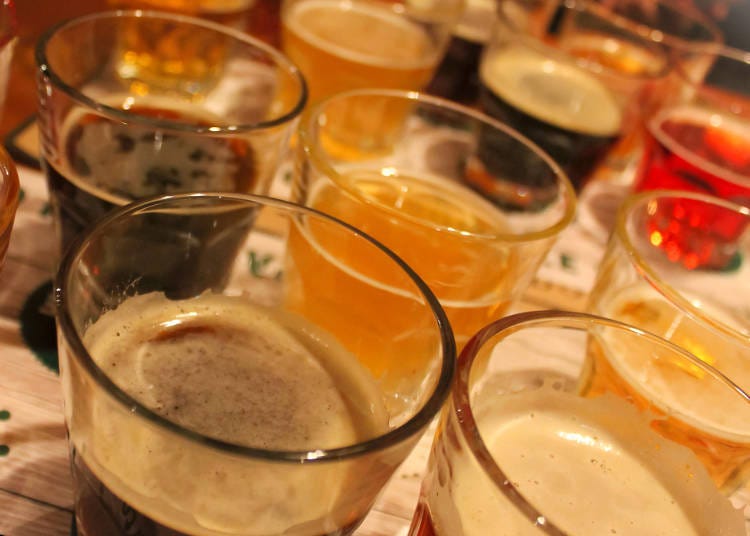 "All-you-can-drink" is an option you can expect to see on the menu of most izakaya in Japan, but to many foreigners, this is definitely not a normal offering...

"I'm just so surprised by the all-you-can-drink option! It's illegal for restaurants to offer unlimited alcohol in Great Britain." (British man in his 20s)

"It's illegal in France too! I'm really glad that I can enjoy a wide variety of alcohol in Japan without having to worry about the law, though!" (French man in his 20s)

Quite a number of European countries have made it illegal to offer a fixed price "all-you-can-drink" menu option for alcoholic beverages, and this fact comes as a surprise for the Japanese. That's why many - locals and foreigners alike - are happy they can have a good drink or three in Japan even when they're on a budget, without being afraid of accidentally getting on the wrong side of the law.

The shocking situation of drinking with company bosses! 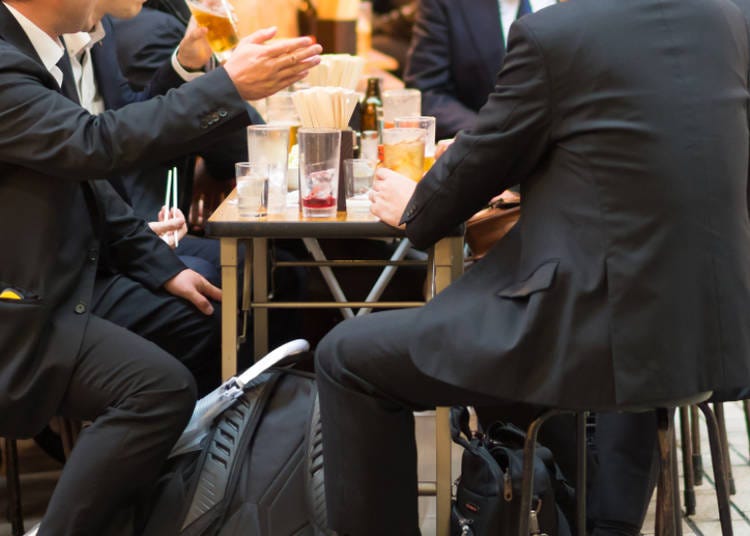 While most were impressed by the izakaya's staff system and tantalizing menu offerings, we did also hear a couple of negative opinions about the izakaya culture from our international friends as well..

"I was shocked to learn it's customary to have a drink with superiors at work. In Western countries, we hardly do that. We'd have to be on guard all the time and that's tiring." (German man in his 20s)

Most folks from Western lands have indicated how surprised they were by this izakaya culture. While it's normal to have a drink or two with colleagues after work, people hardly -if ever - do the same with their superiors.

While a few find the custom of drinking with their superiors amusing, most express that it's difficult to turn down an invitation by their bosses, or that they didn't know when they were allowed to excuse themselves. Looks like being more mindful than usual is something common among workers of all countries when it comes to having drinks with the bosses!

There are so few truly smoke-free restaurants in Japan... 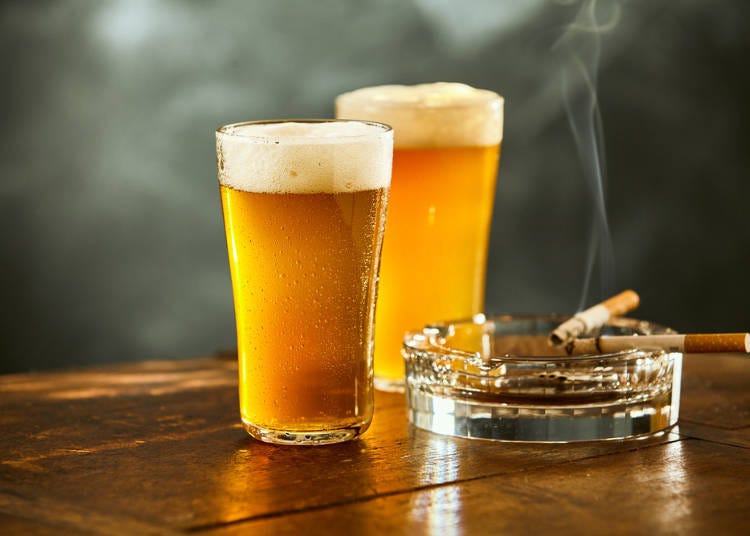 Many people from abroad opined that most izakaya in Japan allow customers to smoke indoors. It seems like there's a rather significant discrepancy between Japan and the rest of the world in how cigarettes are viewed and catered for in public spaces.

"Most shops in Taiwan are no-smoking zones, so if anyone wants to smoke, they'll have to step outside. Compared to my home country, Japan's separation of smoking areas isn't quite there yet." (Taiwanese woman in her 20s)

"So many izakaya in Japan still allow indoor smoking. The smoke clings to my clothes and that bothers me, so I try my best to choose shops that are no-smoking only." (British man in his 20s)

"You can't smoke indoors in France, and honestly there are a lot less smokers nowadays than before anyway. That's why I was really surprised to see that there are still so many smokers in Japan." (French man in his 20s)

There has been an increase in strictly non-smoking izakaya of late, but compared to other countries, this concept clearly still in beginning stages. Overseas, many countries have enacted laws to make it illegal to smoke indoors, regardless of what the shop may be. Perhaps Japan's izakaya could make a bigger mark on the world stage if they put in more effort to create spaces that will allow both smokers and non-smokers to enjoy their izakaya experience comfortably.

Too few izakaya offer English menu cards. Katakana-English is too difficult to decipher! 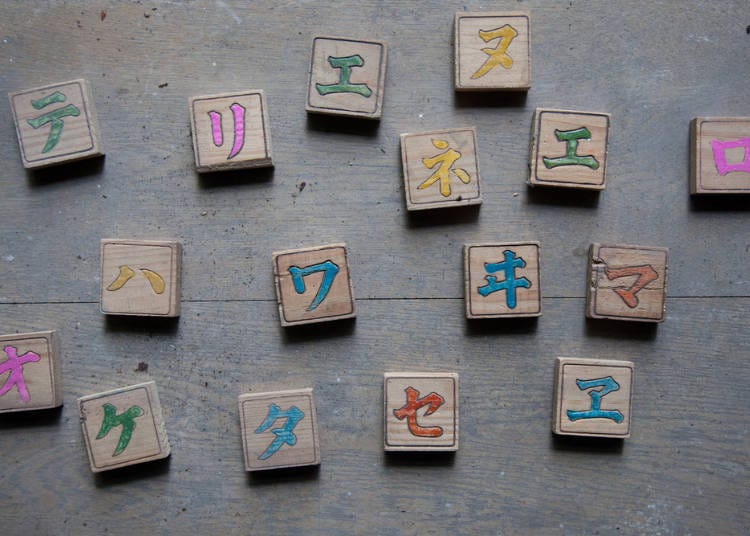 Apparently, the lack of proper international language on izakaya menu cards come as a shock to many foreigners as well.

"Many countries around the world use some English on their menu cards, but in Japan - especially in shops like izakaya, there are way too few restaurants doing that! Some do try to use English converted from katakana, a Japanese alphabet system, to describe their food items, but I could not decipher any of them at all." (Taiwanese man in his 30s)

And that comment is co-signed by visitors from plenty of other countries! The good news is that major chain stores are starting to become more mindful of catering to visitors from other lands, but for privately-run businesses like izakaya, it may take a while before English menu cards start becoming the norm. This is a huge reason why some visitors who do not know the Japanese language are too intimidated to step into an izakaya, even if they would love to give it a try.

When menu cards do feature some English words, they've often been transliterated from the katakana pronunciation of the English word, like "bi-ru" for beer, and "aruko-ru" for alcohol, which unfortunately ends up making the entire ordering experience even more perplexing for foreigners instead.

Japan has set a national goal of receiving 40 million visitors from overseas in the year 2020. To that end, there should certainly be more effort put in to creating an environment where tourists will find it easier to get around by themselves, and having proper English menu cards will be a good start. 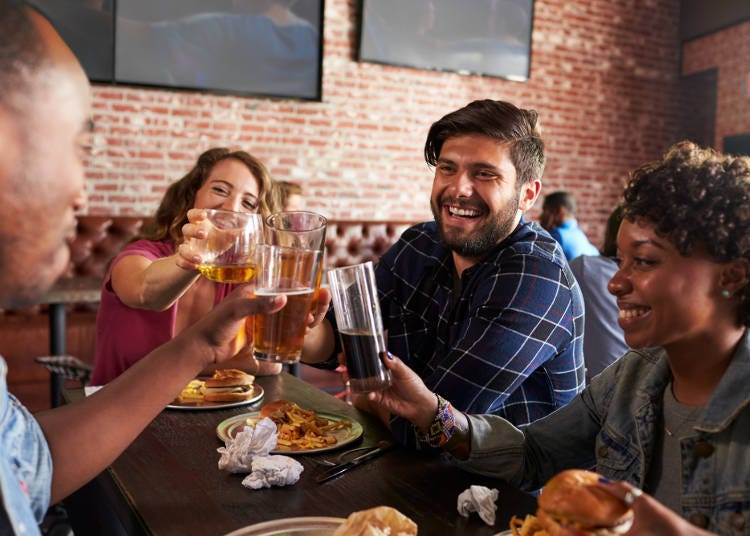 What we've learned from this interview session is that each country has their own unique drinking culture and an environment that comes along with it. This includes things like age limits for drinking and the attitude the people have towards alcohol in general.

Few shops around the world can claim to offer what an izakaya does, which is why many foreigners become regular izakaya bar hoppers when they come to Japan, and Japan's izakaya bars certainly do not disappoint! They offer these visitors an insightful glimpse into a different kind of service system while serving up delicious food and reasonably-priced alcoholic beverages - all gently wrapped up in a charming Japanese ambience. It's no exaggeration to say with confidence that the izakaya culture is well on its way to becoming a lasting and endearing food culture icon of Japan in its own right!