HOME Tokyo and Surroundings Tokyo Shibuya Shibuya OR Shinjuku: Which One Would Foreigners Recommend to Their Friends Back Home? 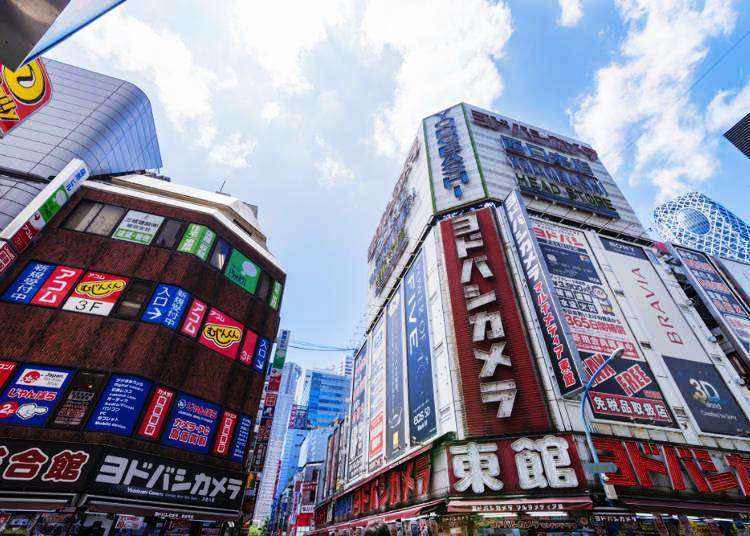 Shibuya OR Shinjuku: Which One Would Foreigners Recommend to Their Friends Back Home?

The title of "Most Popular Tokyo Town" among foreign visitors is often split between Shinjuku and Shibuya. If you're not familiar with either of them, Shinjuku is known for large departmental stores like Isetan and Takashimaya as well as quaint entertainment streets like Kabukichō. Shibuya, on the other hand, is a fashion and subculture capital that is popular among the younger generation.

The million yen question is: Which of these two towns - each with completely different charms and characteristics - do foreigners like more? To find out, we interviewed four "Japanophiles" who have either stayed in Japan before or are regular visitors. The subject being explored: Which town would you recommend to friends back home who may be planning for a trip to Japan?

■ "That place changed my life, literally!" This Chinese lady recommends... 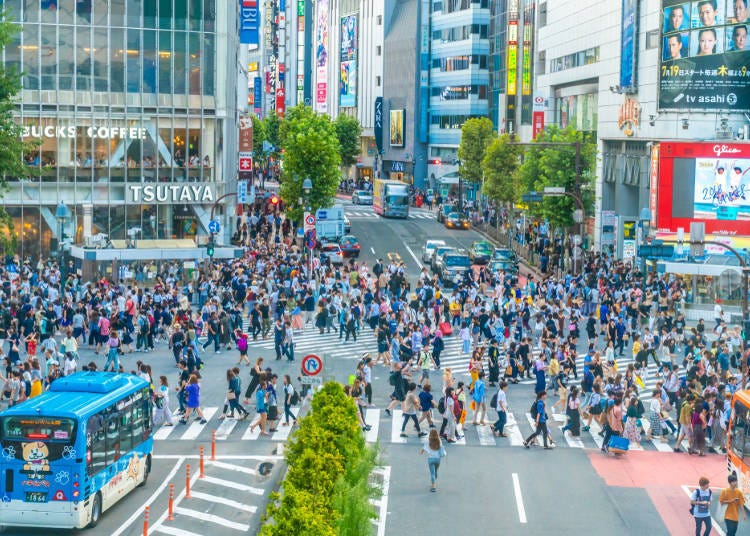 "When I went to Shibuya, the impact of seeing the scramble crossing with my own eyes was profound. And it wasn't just me - my American friend was almost jumping with excitement back then as well, so I think it's safe to conclude that most overseas visitors find this place of interest very, very intriguing. I can't believe the local Japanese are so nonchalant about such an amazing intersection!

"Also, don't you think everyone walking down the streets of Shibuya are so good-looking? I don't know, Shibuya just gives off this feeling of power to me, whereas I'm not too fond of the vibe in Shinjuku. Feels like all the good-looking men there are just carbon copies of each other.

"That's why the first town I recommend to friends is always Shibuya, because I want them to experience the same excitement I did when I first saw the scramble crossing. But they should go to Shinjuku too, of course, after visiting Shibuya. Who knows, you may fall in love with Shibuya like I did and start working in Japan, changing your entire life because of a single town!" (Chinese woman in her 20s)

She fell in love with Shibuya after being impressed by the scramble crossing the first time she visited Japan. This encounter changed her life quite literally, making her determined to find work in Japan, and she is filled with enthusiastic fervor as she waxes lyrical about her great love for Shibuya and its enchanting peculiarities.

Her opinion about Shibuya being filled with pretty or handsome people, though? We have to acknowledge that it's just that slightest bit skewed, of course. Although I personally can understand why she said the good-looking men in Shibuya are like carbon copies of each other...

■"Japan's izakaya bars are so much fun!" This American man recommends... 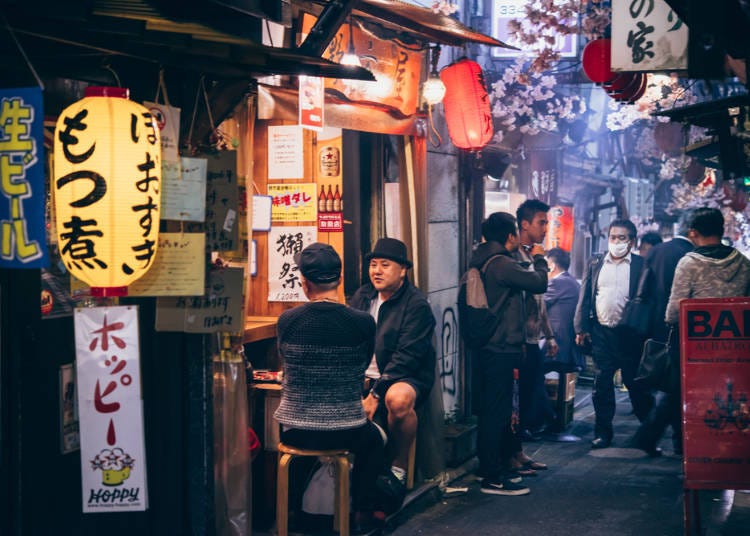 "Both Shinjuku and Shibuya are very busy places, but I personally think there are more events in Shinjuku, and more places to see as well. I've been to the subterranean town of Subnade as well, and I have to say, it's all sorts of interesting. I mean - a subterranean town! You hardly hear of such places in the United States, so it was something very new to me.

"So if I had to choose between Shibuya and Shinjuku, I would recommend Shinjuku. There are plenty of izakayas (Japanese-style bars) there, and the most interesting part for Americans would be how you're allowed to be drunk in public. Places like Kabukichō and the areas to the east and west exits of the station all have their individual characteristics. Not to mention, there are plenty of retails shops and delicious food too! If my friend appreciates alcohol, I would absolutely recommend him to visit Shinjuku for sure." (American man in his 20s)

So it looks like this interviewee of ours is a huge fan of alcoholic beverages. For someone who comes from a country where some states have banned the consumption of alcohol in public, and being drunk in the open more often than not leads to dangerous situations, it's certainly understandable that he finds Japanese drinking customs fresh and novel.

For such ones, the entertainment town of Shinjuku with its array of izakayas and restaurants will be the best fit for their interests. Kabukicho today, Golden Gai tomorrow - bar-hopping in Shinjuku is as great a way to spend your time in Japan as any!

"In a rush? Find this shop and solve all your traveling woes!" This Taiwanese woman recommends... 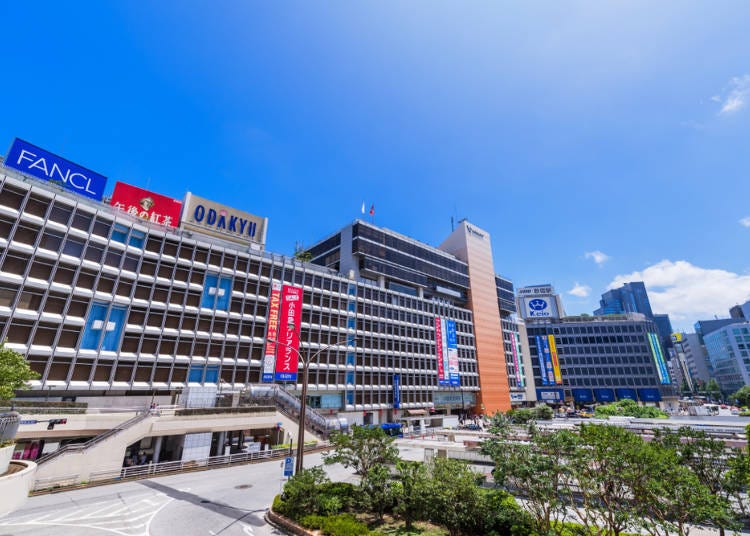 "When I first came to Japan, I stayed at a hotel in Kabukichō. There were so many people loitering around even past midnight that I got scared, but it was a really convenient place, all told. Maybe it's because I visited Shinjuku first that I prefer Shinjuku to Shibuya. The ridiculous amount of people in Shibuya frightens me, and I often get lost in its diagonal streets!

"If I could only recommend one of the two towns to friends, however, I would first ask them what the purpose of their trip is. If it's for shopping, I'd tell them to go to Shinjuku. It's full of departmental stores like Isetan, Lumine, and Marui for easy shopping. But if they want to experience youth culture that is uniquely Japanese, then I'll tell them to go to Shibuya." (Taiwanese woman in her 20s)

I personally have the idea that Shibuya is the shopping paradise of Tokyo, so her answer came as a surprise to me. For travelers with limited wiggle room in their schedules, however, it'll be much easier to find the shop they want at Shinjuku, and that's why she thinks it's the more convenient shopping spot. This comment of hers has made the scales fall from my eyes.

"I collect Gundam plastic models for a hobby!" This French man recommends... 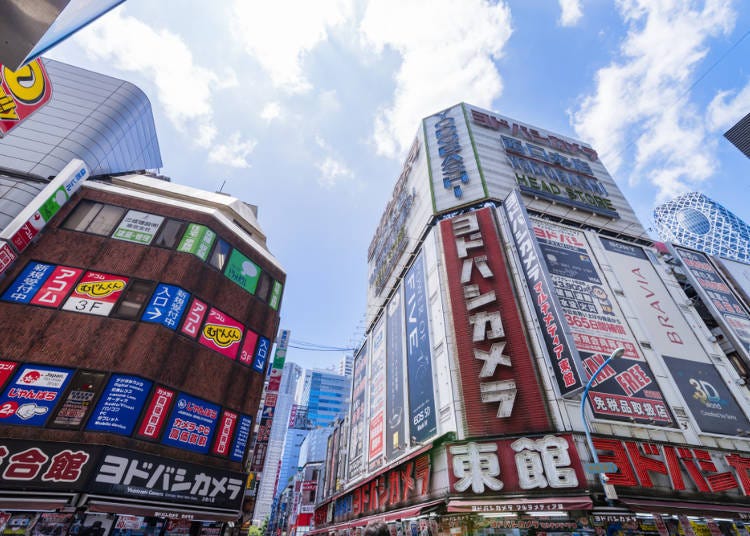 "Both towns are always full of people, making is hard to walk around at my own pace. People never slow down! There's no leeway to really be yourself sometimes.

"But well, between the two, I prefer Shinjuku, and would recommend friends to go there as well. The reason? Yodobashi Camera, of course! That's where I can buy my favorite Gundam plastic models. And I go to Shinjuku's Yodobashi Camera quite often, heh." (French man in his 30s)

Our French friend spoke coolly about both towns, a clear indication that he prefers neither, until you realize he actually loves Shinjuku! I asked if Akihabara would be a better place for people like him whose hobby is collecting Gundam models, but apparently, because Shinjuku has a lot of large-scale electronics retailers, the selection these shops offer collectively is as extensive as Akihabara's. Yodobashi Camera Shinjuku West Main Store and Yodobashi Camera Multimedia Shinjuku East Exit Store, for example, are both established outlets dealing with a large variety of plastic models and related products. 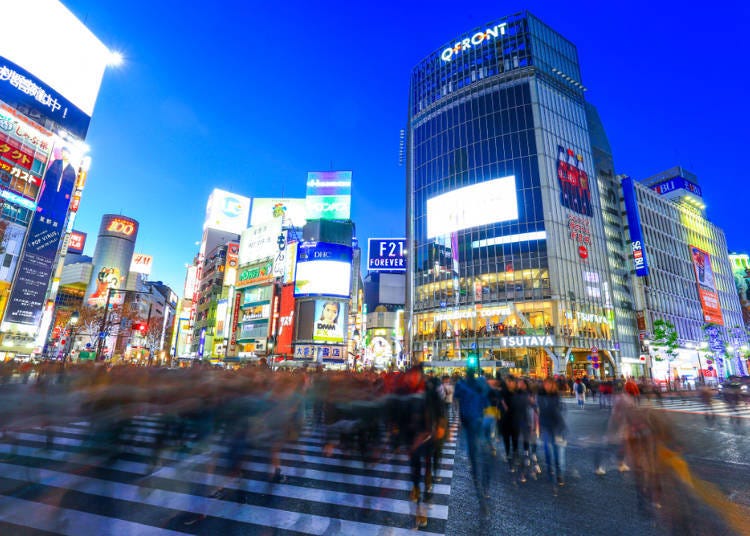 At the conclusion of our interview with our four Japanophiles, we see that the total score is Shinjuku 3, Shibuya 1. Though not laid out in the most aesthetically pleasing manner, Shinjuku's concentration of retail spaces spoils visitors for choice. And Shibuya's massive crowds give off an intense energy that leaves a deep impact on visitors, for better or for worse. Whatever the case, our friends have definitely gotten the characteristics of each town down pat, that's for sure!

Well then, it's your turn now! Which would you rather recommend to your friend, if you could only choose one? Shinjuku or Shibuya?