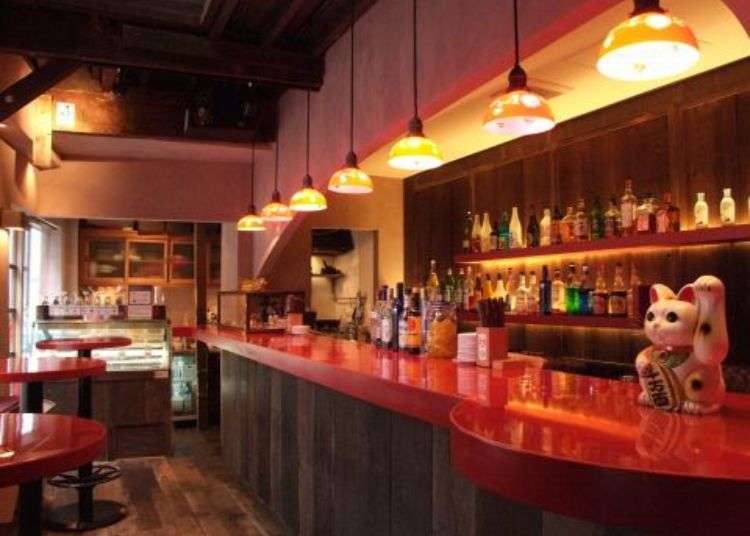 As any Tokyoite knows, Shibuya is the place to go for some serious Tokyo Clubbing experience. Shibuya is one place in Tokyo that never sleeps!

Before the district's colorful audience heads off to all kind of different clubs, plunging themselves into the bright and rich nightlife culture, there's one place where all of them come to intermingle: The Shibuya Oiran Warm Up Bar. 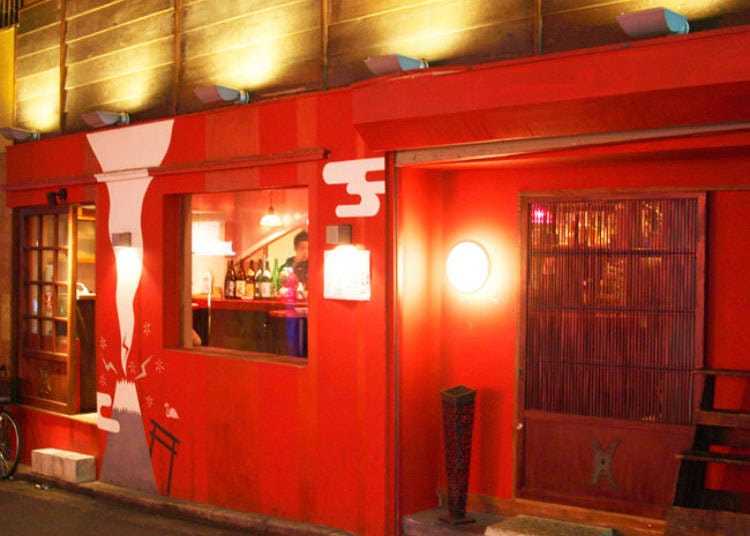 Shibuya Oiran, the bar that every true Tokyo clubber knows, is hard to miss. The small building with the bright red paint catches the eye of every passerby. Oiran invokes an atmosphere of a mixture of a stylish, laid-back bar and an avant-garde restaurant. Looking through the windows, one can spot all kinds of people standing relaxed at one of the small tables, chatting, laughing, enjoying a drink. Even without actually entering, it's immediately clear: Shibuya Oiran is not just another bar in Tokyo.

Pre-game for Your Night in Style 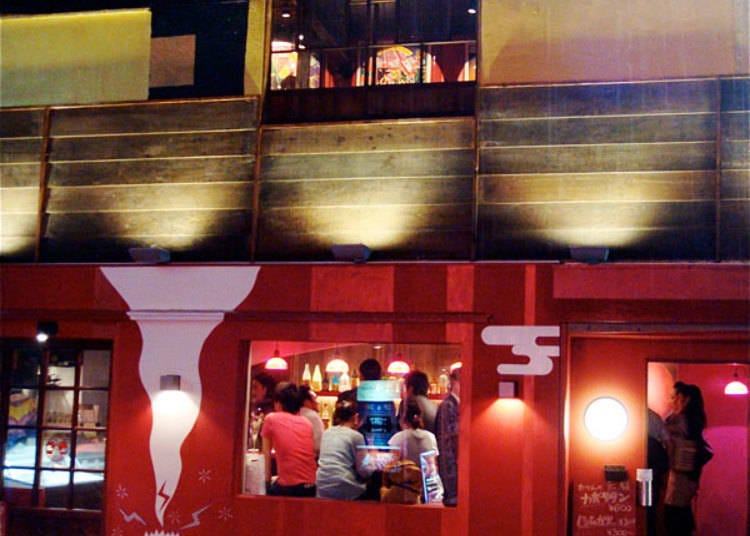 Right in the middle of Dogenzaka, the beating heart of Shibuya, the Who's Who of the Japanese clubbing and DJ scene meet at Shibuya Oiran - to have a drink, a snack, or to step behind the DJ booth to share their talents. A stand-up bar on the first floor that emulates the standing-bar culture from Ibiza, and a restaurant serving finger food on the second floor: Oiran defines itself as a “Warm Up Bar”. What does that mean? The bar provides a warm, hospitable space for clubbers and musicians alike, to grab a drink, have a snack, and, of course, intermingle with kindred spirits, all before heading off to their favorite clubs. 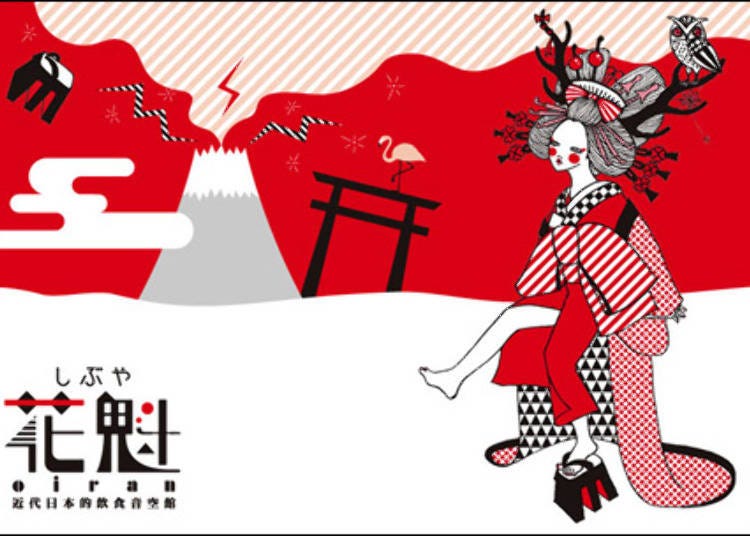 The now famous Shibuya Oiran opened back in 2010 - but what exactly is “oiran”? In old Japan, oiran were the women of nighttime entertainment - celebrated for their ability to navigate any kind of social circle with grace and ease, mistresses of hospitality and etiquette. Apart from being iconic figures of fashion and style, oiran also impressed with their knowledge and wit - it was their job to entertain, after all. And a dull conversational partner isn't very entertaining. With this shining paragon in mind, Shibuya Oiran Warm Up Bar was opened to follow this example: sophisticated, smart, and stylish. 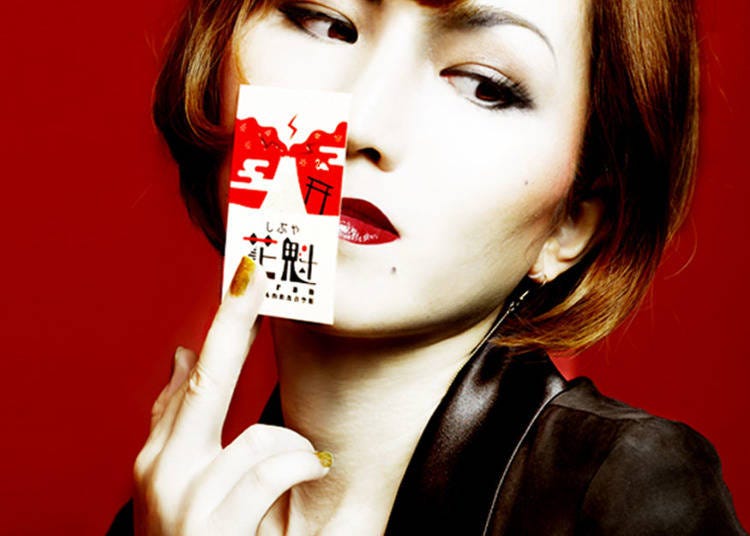 The bar was founded by Venus Kawamura Yuki - a highly esteemed name within Japan’s music industry. Apart from being a DJ herself, she's also a lyricist, producer, radio hostess, and lounge owner. Starting her career in the late 90s as a producer, Venus Kawamura's DJ star began to rise around 2001, when she toured the whole world with her unique mix of ambient, techno, and house music. Today, she's known as a unique luminary in the industry.

Collaborating with many people in the industry, having worked with various fashion brands and designers, and also producing and writing lyrics for a variety of songs, as well as producing her very own albums, Venus Kawamura opened Shibuya Oiran in the spirit of her love for art and music. The place has become such an inherent part of Shibuya's vibrant nightlife that in 2014, a music brand called “OIRAN MUSIC” was brought to life by Venus Kawamura herself.

The brand serves to be a place especially for young and rising musicians that arose from the very atmosphere and feeling that Shibuya Oiran stands for, focusing on entertainment through the music of these young artists.

“Oiran Warm Up” Beyond the Bar 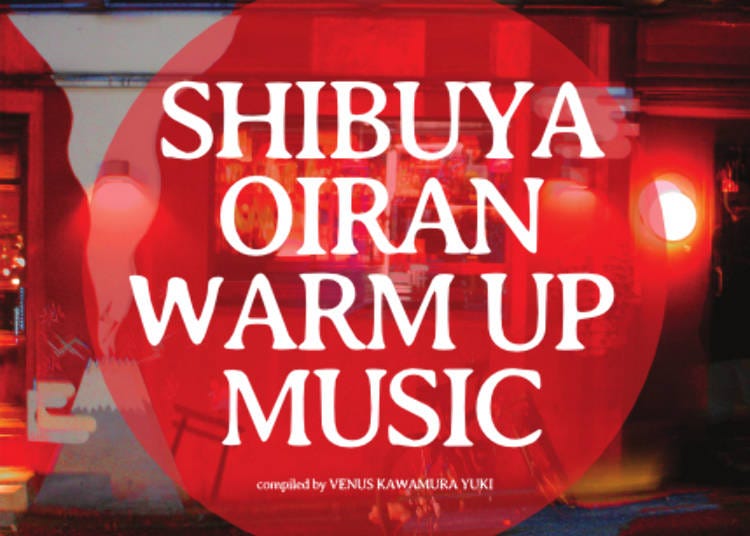 On her show, she introduces both rising and established DJs, to bring the spirit of her Shibuya Oiran to the world. The music she plays really does serve as a warm up, just as her lounge does. Venus Kawamura serves us just with the right music to get ready for a night of dancing at the clubs! Apart from this, she also hosts artists and DJs, talking about their unique style and music, showcasing their music as well as their personalities.

The radio show, as well as Shibuya Oiran itself, is so well-loved, Venus Kawamura has released her own compilation album called SHIBUYA OIRAN WARM UP MUSIC - for all those who can't pop by the lounge themselves. Wherever you are, you get to enjoy Venus Kawamura's very own recommendations for pre-clubbing tunes.

“Warm Up” the Next Time You’re in Tokyo! 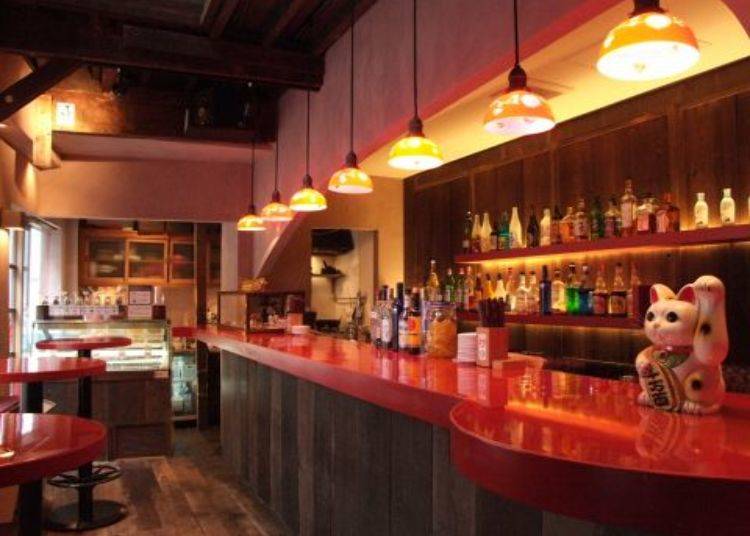 But don't you think you can skip out on a visit to the famous Shibuya Oiran, even with the radio show and the compilation album by Venus Kawamura herself. If you are in the area, Shibuya Oiran is the place to go. Not only can you enjoy drinks and snacks in a wonderful, relaxed atmosphere, but you might even have the chance to enjoy one of Japan's DJ stars behind the place's very own DJ booth. Or if you’re really lucky, Venus Kawamura herself! There's no place that does convey the atmosphere of the unique mix of style, fashion, and music that is so typical of Shibuya like Venus Kawamura's Shibuya Oiran does. We'll be seeing you around at Shibuya Oiran!

Shibuya Guide: 30 Things to Do in Shibuya, Tokyo’s Iconic Area!
Enjoying Tokyo’s Nightlife: 3 Chill Spots to Catch Some Jazz near Shibuya
*This information is from the time of this article's publication.
*Prices and options mentioned are subject to change.
*Unless stated otherwise, all prices include tax.