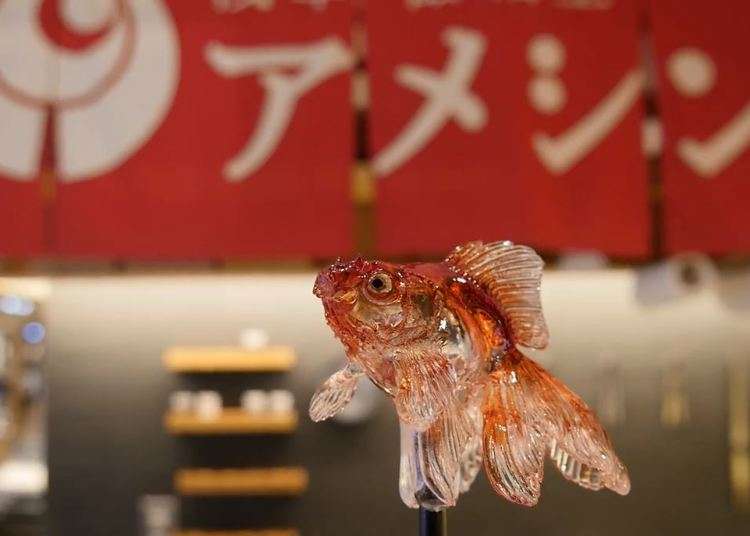 Amezaiku - Art or Edibles?! These Traditional Japanese Candies Will Amaze You!

When we think of Japanese artisans, often the first images that come to mind might be makers of glass, ceramics and katana – but candy? As it turns out, a small number of people engaged in the highly skilled art of amezaiku, or candy crafting. Shinri Tezuka, owner of a traditional candy shop called Ameshin, is one of only perhaps a few dozen amezaiku artists to be carrying on a tradition that traces back over 800 years. 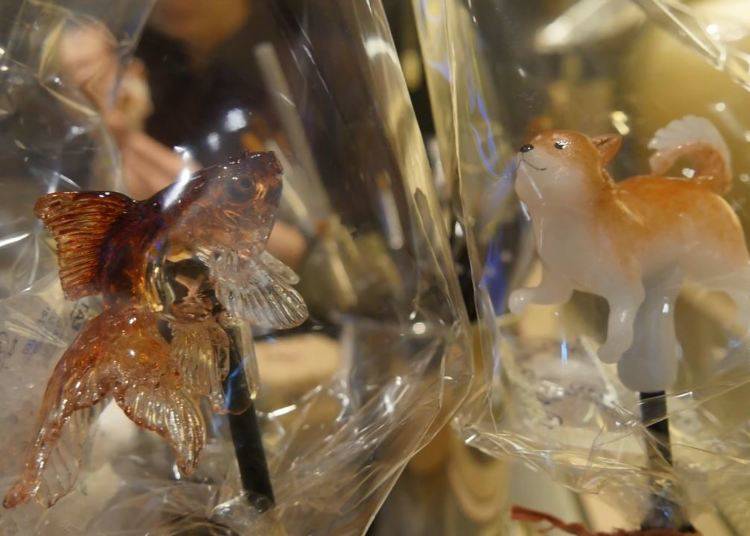 Ameshin has two shops in the Asakusa area. At their head office, they exhibit various pieces and also hold occasional workshops on the art form. But if you visit their main shop in Tokyo Skytree Town Solamachi, you might have the chance to watch Tezuka at work. 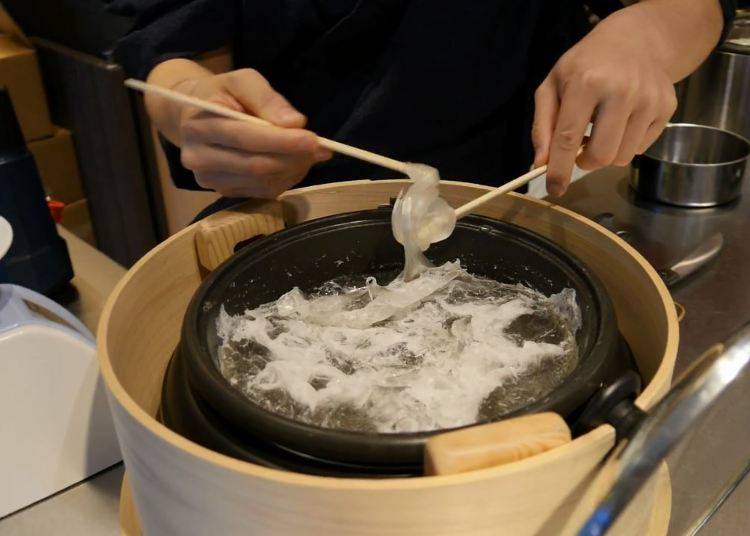 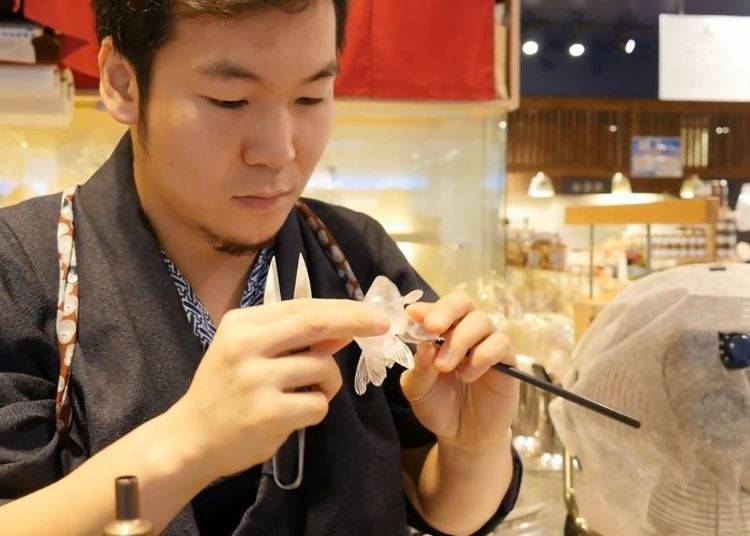 The candy base, a mixture of sugar, starch and water, is prepared ahead and kept at a stable temperature to preserve its texture and appearance. At first, Tezuka pulled away a small clump by hand, swiftly pulling and kneading candy into a base figure. As one may expect with any traditional art form, the range of tools used to produce amezaiku pieces is quite basic: a heated pot in which to heat the base material; a heat gun, to precisely reheat small areas of the piece and make them pliable again; and a set of hand shears, with which to cut and texturize the candy mass. This tool set has a practical simplicity as well: since amezaiku artists must shape pieces while they are still fairly hot, they have only a few short minutes in which to complete a work before it hardens. And this according to Tezuka is exactly the challenge of amezaiku: how to form a single piece from blob into a completed work in a wink of time. To him as well, this is what also makes amezaiku so interesting for people to watch. 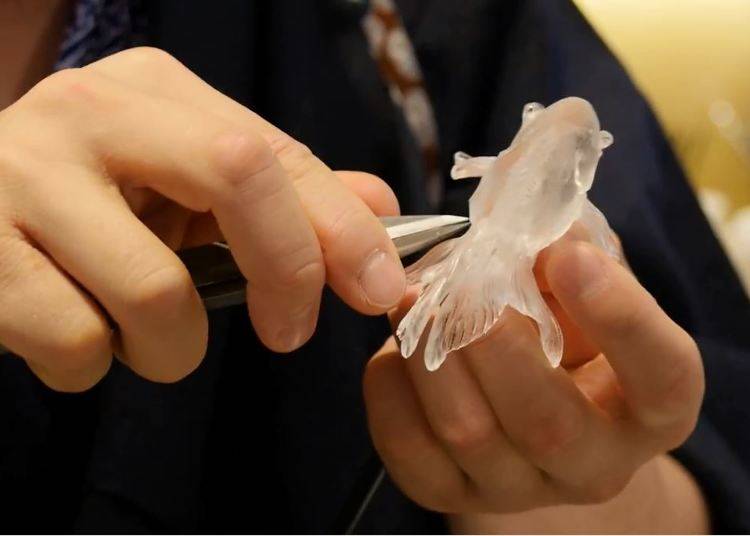 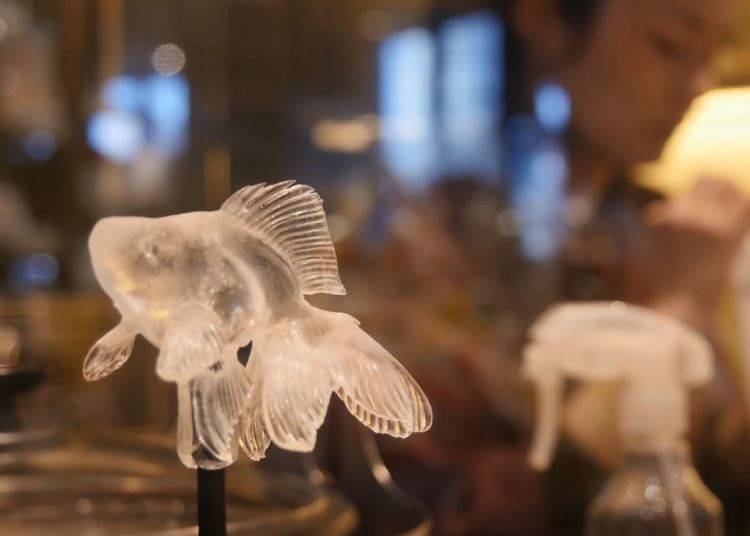 And seeing the process of his art is mesmerizing. Watching Tezuka’s fluid and graceful movements as he manipulates the candy base into an increasingly recognizable form was incredible, his hypnotic precision hinting at countless hours spent honing his art until movements became memory. Indeed, it is said that in old times, some amezaiku artists acted as street performers, entertaining children with amusing stories while captivating them with their handicraft.

Asked whether he makes other kinds of lifelike sculptures, such as flowers or plants, Tezuka almost immediately he shakes his head. “Flowers can be beautiful, but they’re quite simple compared to animals.” Whereas the forms of plants and objects can be made by machine, animals are fluid and have a unique character to them, given form only by human hands. Given the medium itself is a glossy, textured fluid with a transparency that resembles aquatic life, he prefers to craft creatures which resemble and are connected to water, such as fish and frogs. Just as each animal is unique, so too is each handmade piece, and Tezuka also enjoys changing their poses and other characteristics to reflect a sense of individuality. 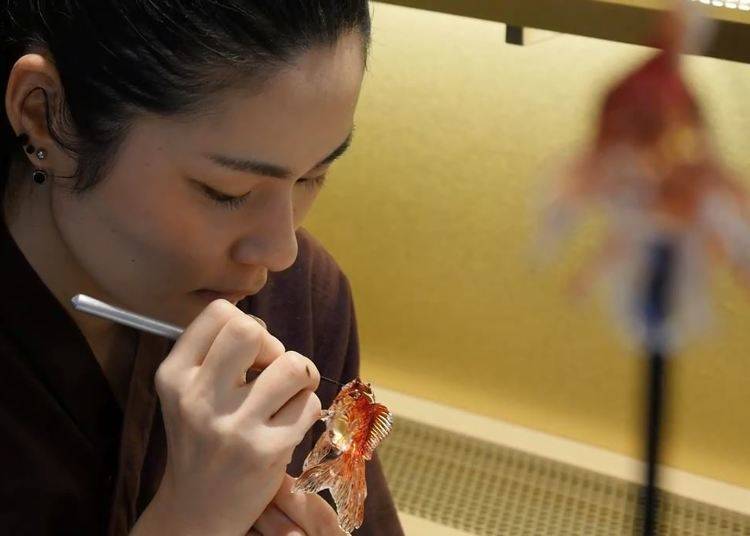 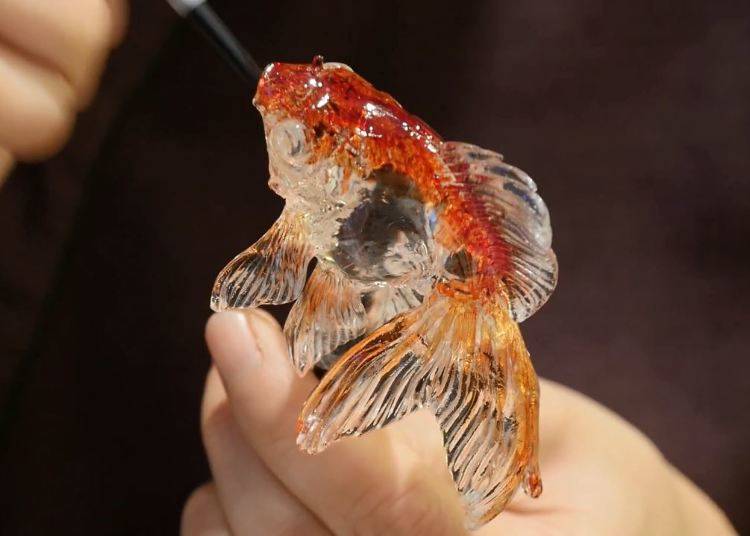 After each piece is created, it is cooled with a fan and then meticulously painted using edible food dyes by his assistant, who uses a variety of brushes to layer assorted colors in order to create a very realistic result. 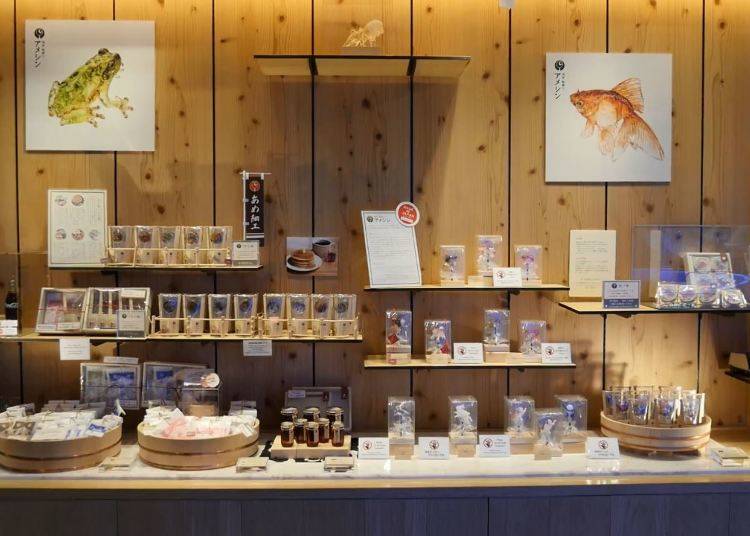 Looking to the future, to help preserve and continue the art of amezaiku, Tezuka is at the moment teaching his craft to eight others so that the techniques can be retained. It is said that no books exist on how exactly to mold amezaiku figures, rather these approaches must be taught in person and refined with much practice over the years. Tezuka is something of a living treasure in that case. 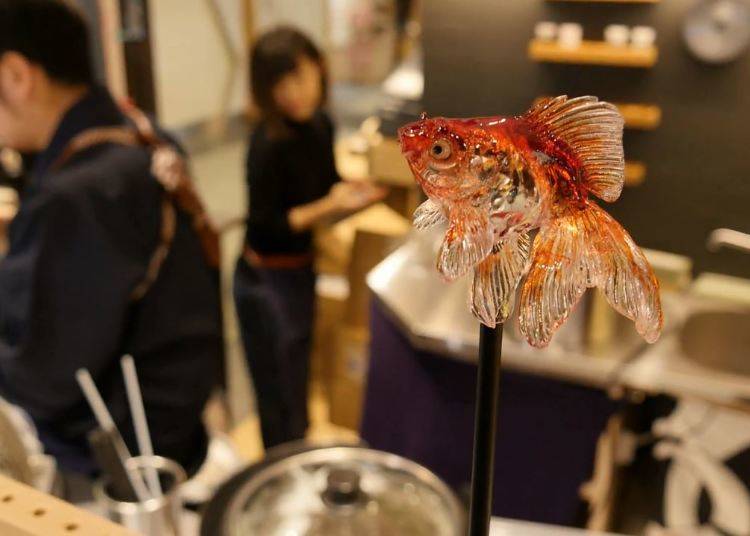 As his assistant places the final touches on an amezaiku masterpiece, an onlooking customer remarks how gorgeous it is. Indeed, if someone is looking for that extra-special gift, amezaiku are sure to thoroughly delight whoever receives them. 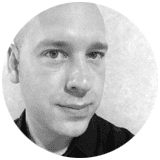 Living in Japan since 2002, Timothy is an editor and photographer with a passion for volunteering, nature, sake, and sharing the lesser-known sides of Japan. Share in his adventures on Instagram @thetimsullivan